#Alive (#Saraitda) (2020) – As a grisly virus rampages a city, a lone man stays locked inside his apartment, digitally cut off from seeking help and desperate to find a way out.

#Alive (Korean: #살아있다; RR: #Saraitda) is a 2020 South Korean zombie film directed by Cho Il-hyung.[2] Starring Yoo Ah-in and Park Shin-hye, it is based on the 2019 script Alone by Matt Naylor, who co-adapted his script with Cho. The film revolves around a video game live streamer's struggle for survival as he is forced to stay alone at his apartment in Seoul during a zombie apocalypse. It was released in South Korea on June 24, 2020,[3][4][5][6][7] and globally via Netflix on September 8, 2020.[8]

Oh Joon-woo is alone in his family's apartment when a mysterious disease that causes those infected to attack and eat uninfected people breaks out in the news and around him. When he opens the door to the hallway, a neighbour barges in. The man begs to stay but succumbs to infection and attacks Joon-woo. Joon-woo pushes him back out and locks the door. He then receives messages from his parents telling him they are safe.

Joon-woo blocks his front door with the fridge and posts a rescue request on social media. His neighbourhood becomes overrun with infected. Though the emergency power stays on, Joon-woo gradually loses access to phone networks, the internet, and running water. Another infected man breaks into the apartment, knocking over the fridge and destroying the food inside. Joon-woo tricks him into falling off the balcony. As Joon-woo hallucinates about his parents and sister due to hunger and thirst, his phone network is restored momentarily. He receives a voicemail from his family recording their last moments.

Joon-woo attempts suicide but manages to free himself when he sees a laser pointer's light moving around his apartment. Kim Yoo-bin, a survivor living in the apartment building opposite his, signals to him. The two survivors set up a zip line to share food. An infected firefighter climbs up a cable that Yoo-bin had tied to a table when she was attempting to set up the zip line. The table is pulled across her apartment and knocks her out. Despite Joon-woo's distractions, the infected man reaches Yoo-bin's balcony but falls to his death when she wakes up and cuts off his hand. Joon-woo steals food, clothing, and walkie-talkies from his neighbour's unit and sends a walkie-talkie to Yoo-bin. The two talk and bond.

The infected hordes become agitated, and Yoo-bin accidentally knocks over a shelf. A group converges at her door, but Joon-woo distracts them by calling the unit adjacent to hers with the apartment complex's phone system. The pair gear up, rappel from their balconies, and fight their way to the 8th floor of Joon-woo's apartment, thinking no one lives on that floor. An infected man sees them and summons other infected. As the pair is about to be overtaken, an older man emerges from the last suite on the floor and saves them.

In the stranger's home, the pair accepts his food and water, and Joon-woo falls asleep from drugs in the food. As Yoo-bin tries to fight off the drug effects, the stranger binds their wrists and locks Yoo-bin in a bedroom with his infected wife. Joon-woo wakes up; the stranger opens the door to check on his wife. She falls into him with Yoo-bin, who saved herself by pulling fabric over the infected wife's head. The man surrenders to his wife's attack, and Yoo-bin shoots them both.

The gunshots attract more infected, and Yoo-bin asks Joon-woo to kill her. As he hesitates, helicopters pass outside. The pair rush to the rooftop while chased by the infected. As they are about to be overwhelmed, an army helicopter shoots at the horde before carrying the pair to safety. A voiceover by an anchor explains that wireless networks are being restored and the military has begun rescuing survivors who made social media posts.

#Alive is a zombie thriller[9] based on the original script "#Alone" of Hollywood screenwriter Matt Naylor, who worked on the American documentary series Small Business Revolution: Main Street and the short film What It’s Like. Director Cho Il-hyung (also known as Il Cho) and Naylor adapted the screenplay together for the Korean market.[10][3] In 2019, ZIP Cinema and U.S producer, Perspective Pictures, joined the production with Lotte Entertainment distributing the film.

The full musical score was composed by Kim Tae-sung which he co-arranged with Choi Jung-in, Shin Hyun-pil, Park Sang-woo and Yoo Chae-young.[14]

Songs not featured on the official soundtrack:[15]

The film was released in South Korea on June 24, 2020.[16][17][18] In May, an Instagram account for the character Oh Joon-woo was created to promote the film.[19] In August, Netflix acquired the international distribution rights to the film, which was later released worldwide on September 8, 2020.[20][8]

On its opening day in South Korea, #Alive drew in a total of 204,071 viewers and took 62% of the box office, marking the highest first-day viewership of any film since February 2020 after the outbreak of COVID-19 in South Korea.[21][22][23] It held the highest number of first-day admissions next to The Man Standing Next.[24][25]

On the fifth day of its release, #Alive surpassed 1 million admissions, and during the first weekend of its release, it garnered 1,001,802 viewers, securing the first place at the box office for its first weekend. It became the first film to surpass 1 million since February 2020.[26] It also ranked first at the box office for the first three weekends, and has achieved over 1,903,992 admissions in South Korea as of December 2020.[27][28][29]

The film premiered on Netflix on 8 September 2020, and two days after release, it achieved global first place on the platform. #Alive topped the Netflix daily chart in 35 countries, including the United States, France, Spain, Sweden, Russia, Australia, Pakistan, and Canada. It became the first Korean film to top Netflix Movies Worldwide chart.[30][31] By December 2020, #Alive was in the top 10 list in 90 countries, making it one of the most-loved titles globally on Netflix in 2020 and also the most popular horror title of 2020 across Asia.[32][33][34]

Marian Phillips from Screen Rant wrote, "#Alive accurately captures the same panic, fear, uncertainty, loneliness, and isolation experienced by many during the pandemic's early days. [...] By taking a concept unfamiliar to the sub-genre, #Alive transforms how zombie movies can be handled as well as providing an exploration of the different circumstances individuals find themselves when dealing with the apocalypse."[37] Anthony Kao from Cinema Escapist suggested, "#Alive is an entertaining zombie flick that seems tailor-made for the time of coronavirus. [...] On top of its empathetic and socially relevant depiction of the Korean millennial condition, #Alive presents a narrative that feels unpretentious and accessibly entertaining."[38] The New York Times' Elisabeth Vincentelli concluded, "#Alive is a nifty little thriller that proves that you can always find signs of life in the most undead of genres. And the finale, far-fetched as it is, suggests that even a society atomized by isolation can find a connection".[39] 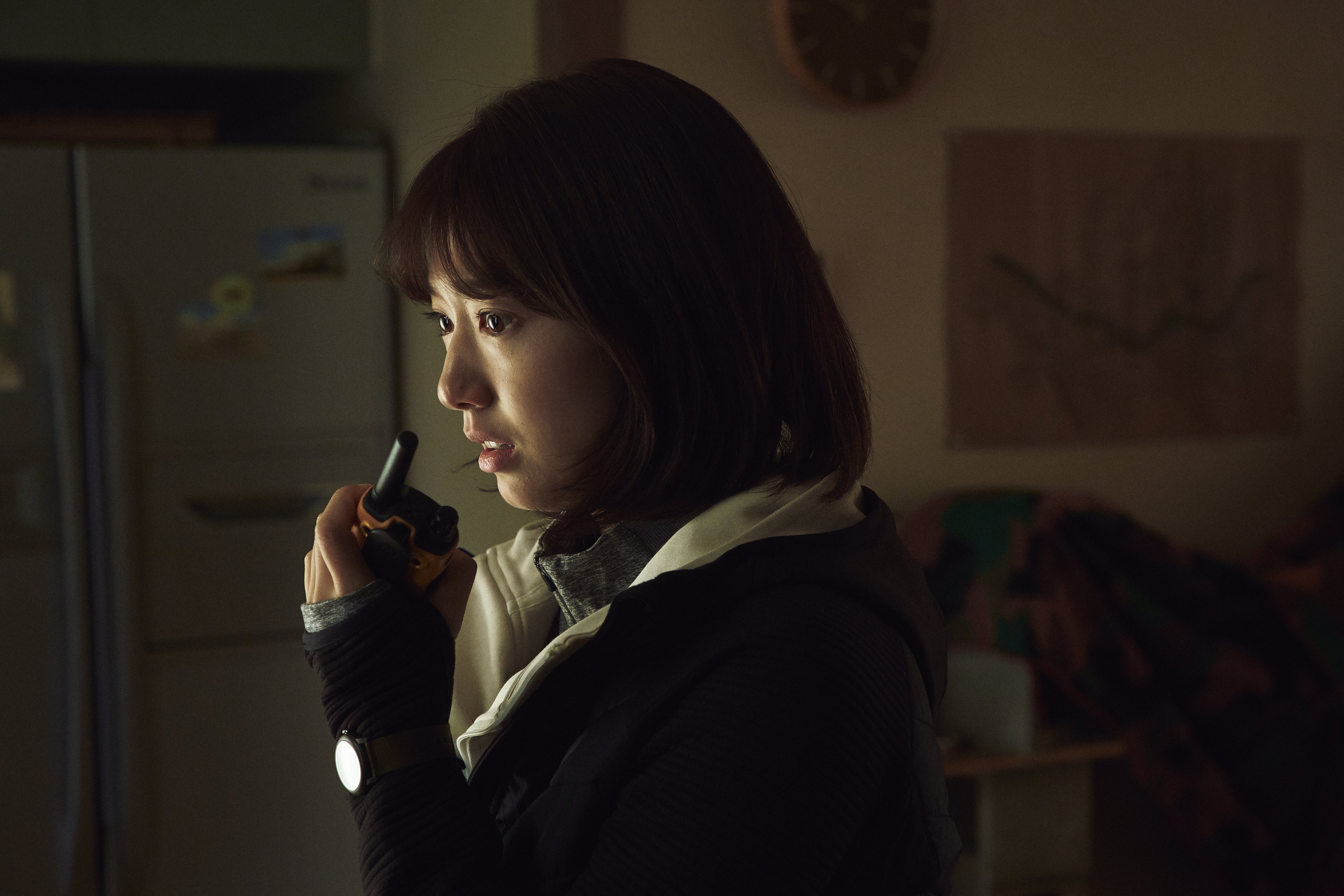 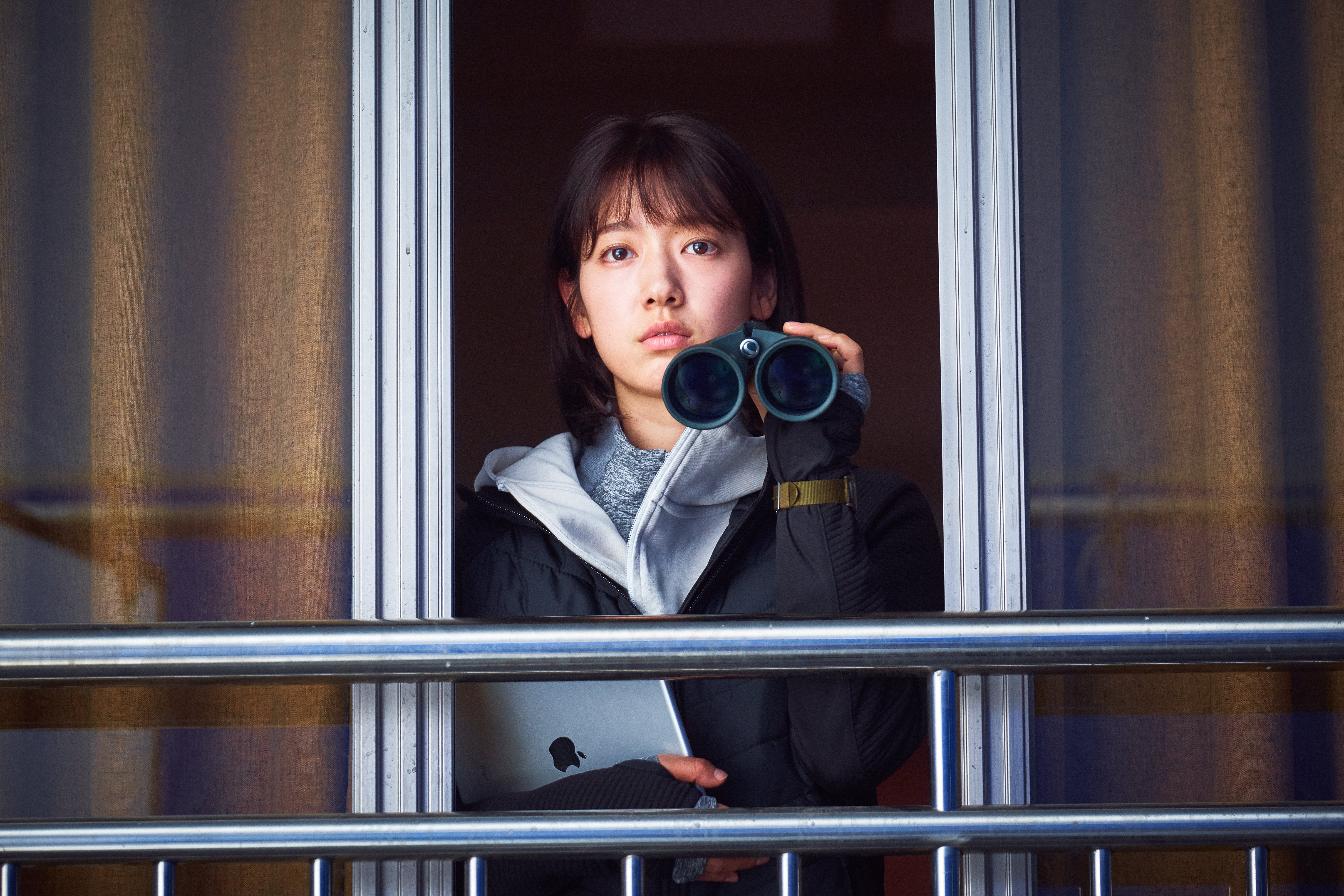 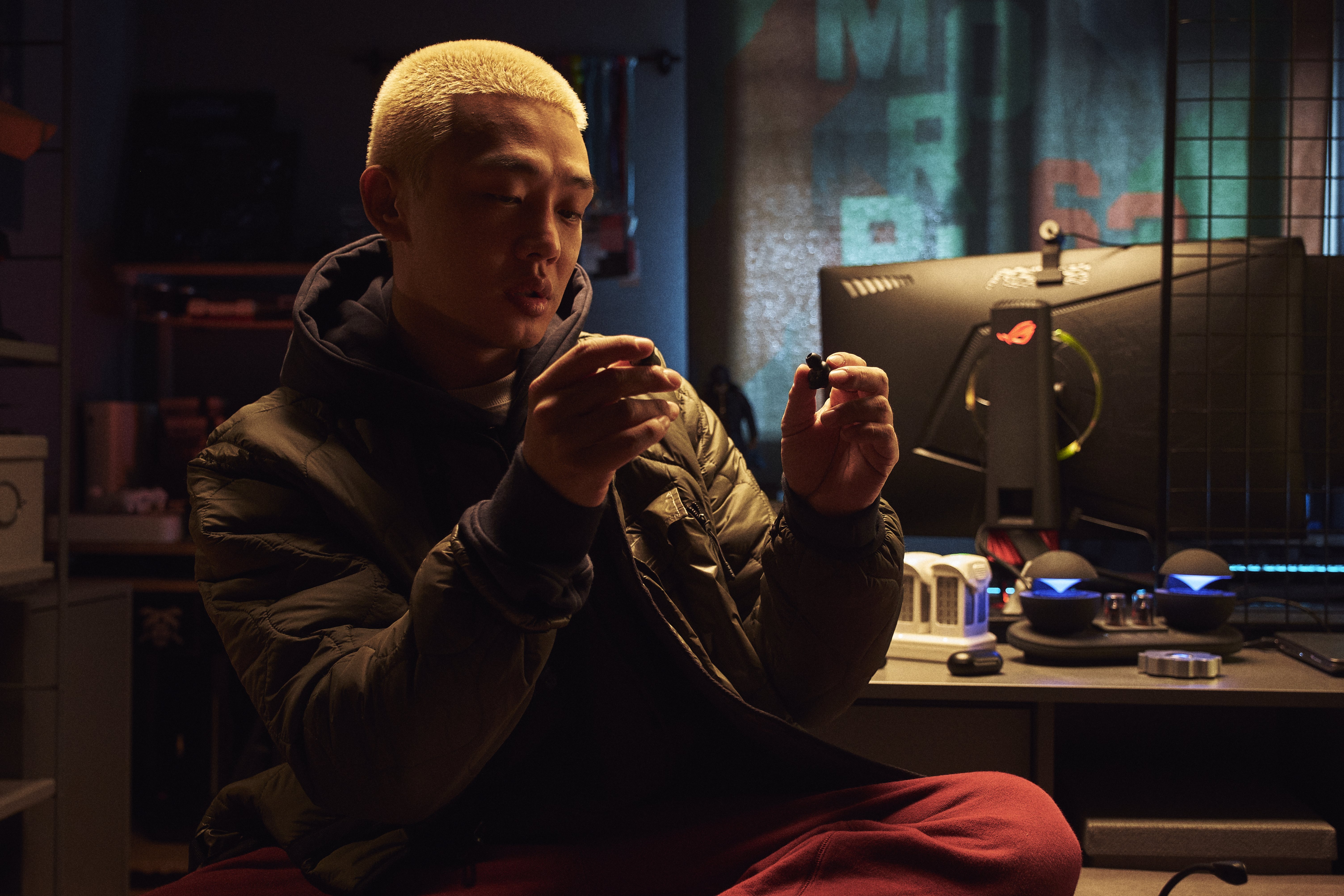 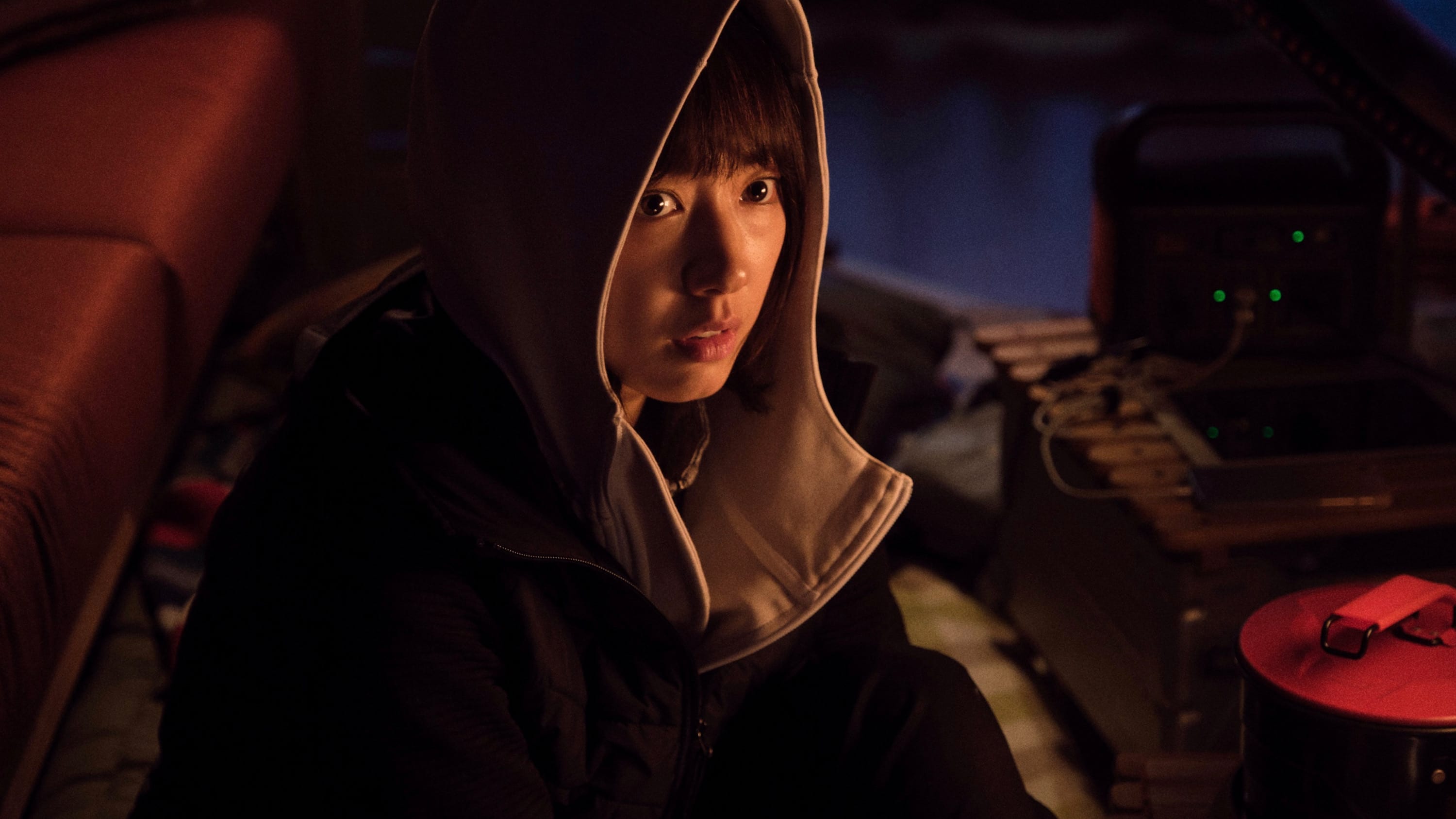 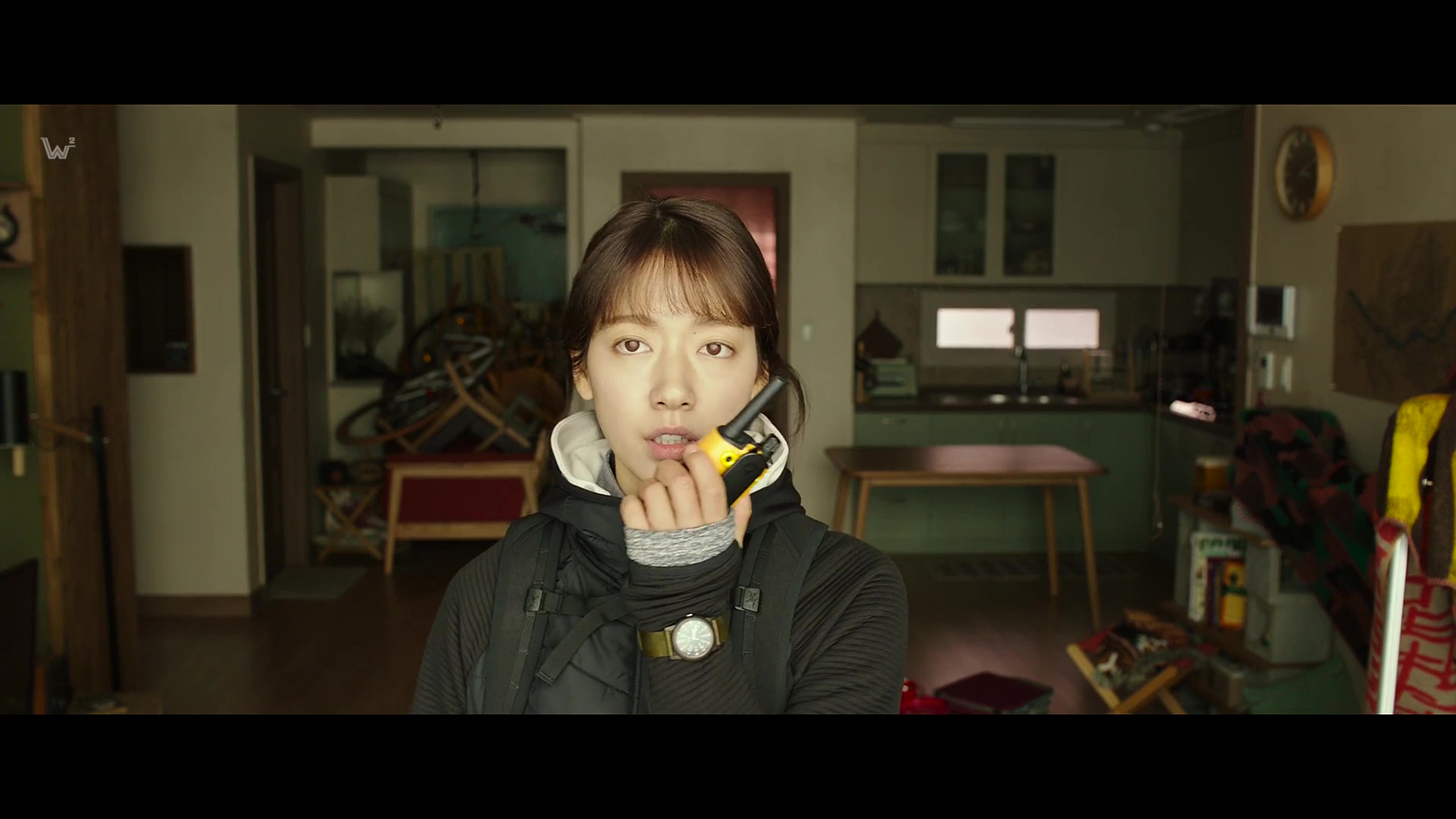 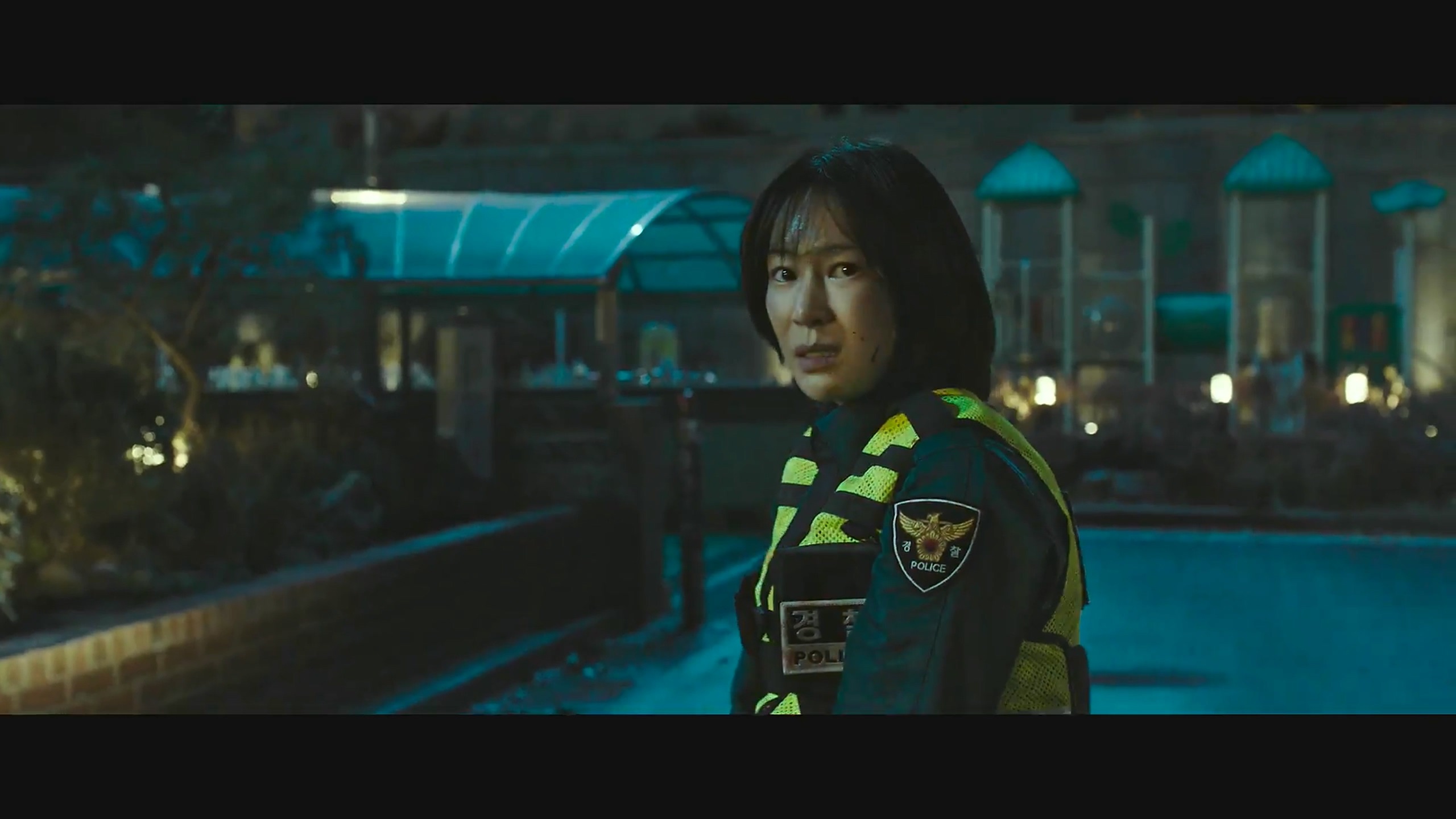 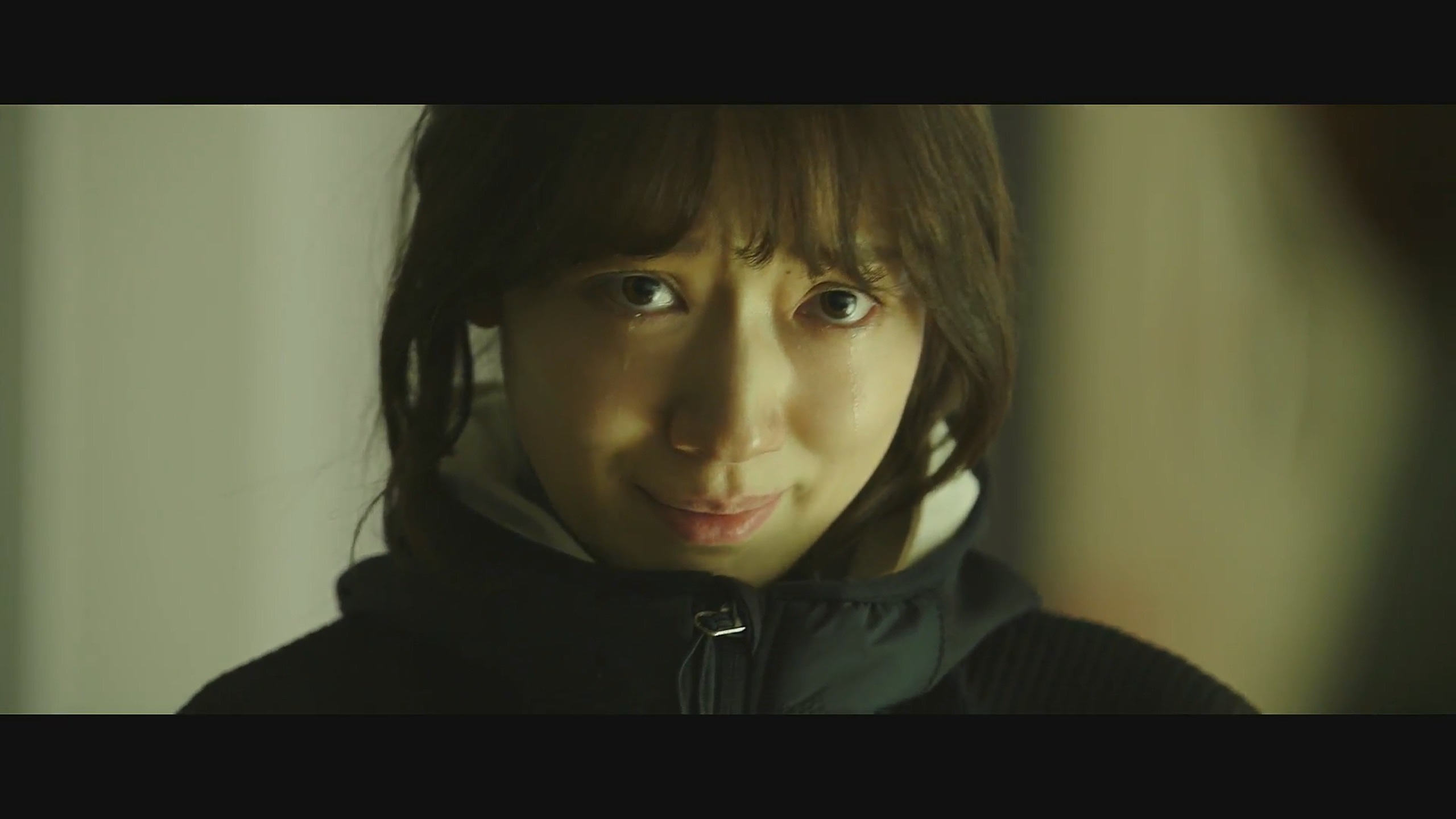 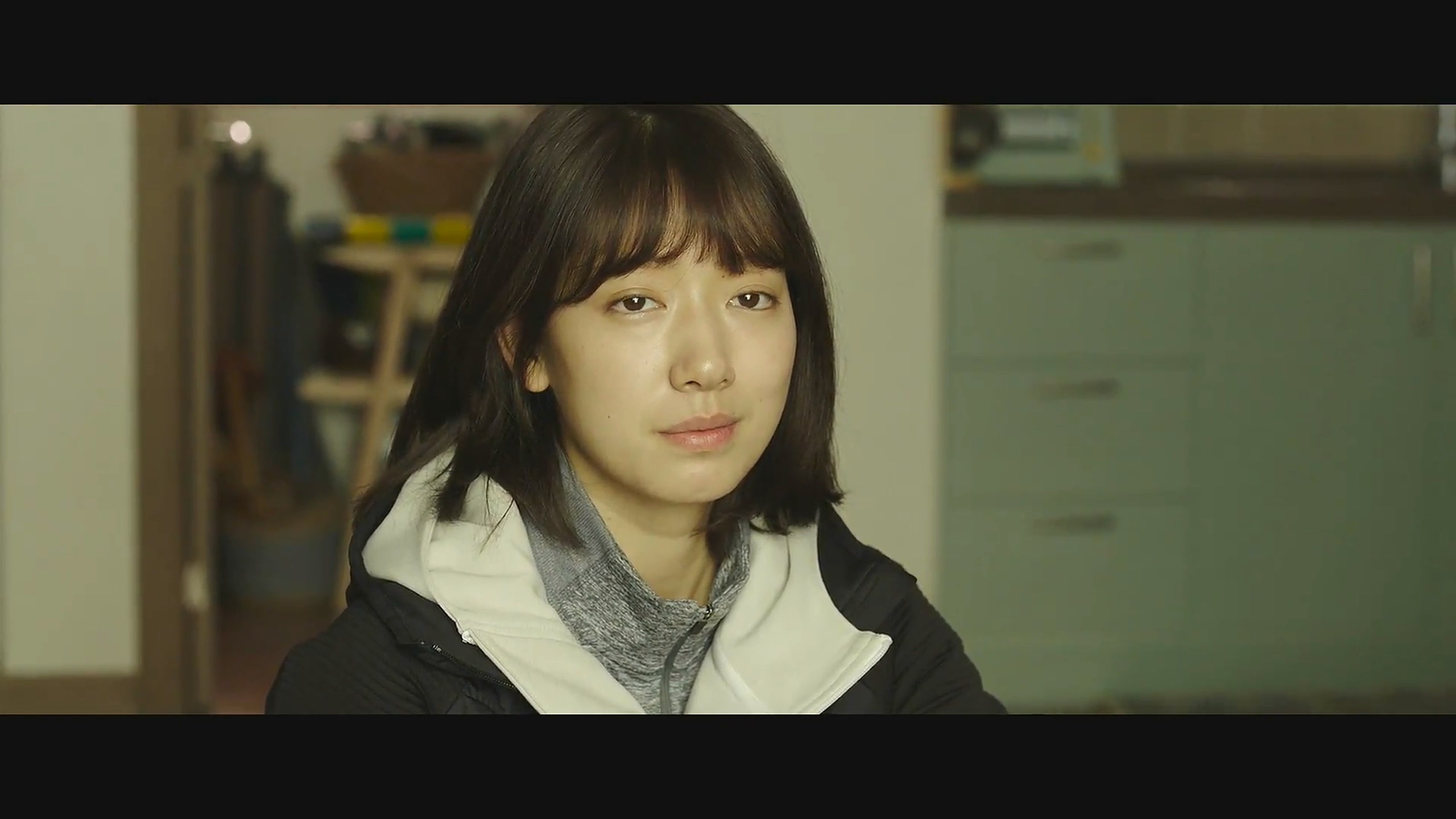 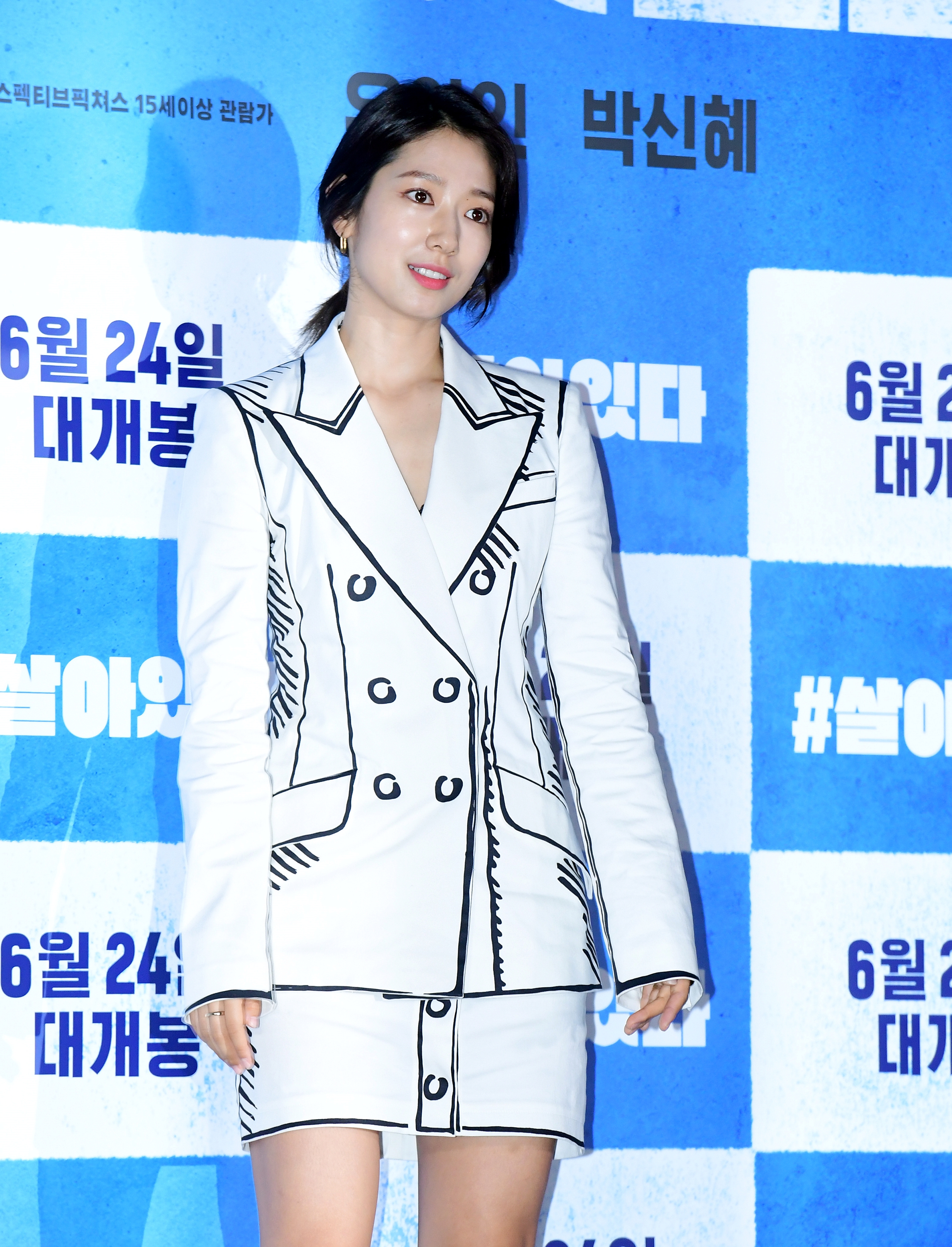 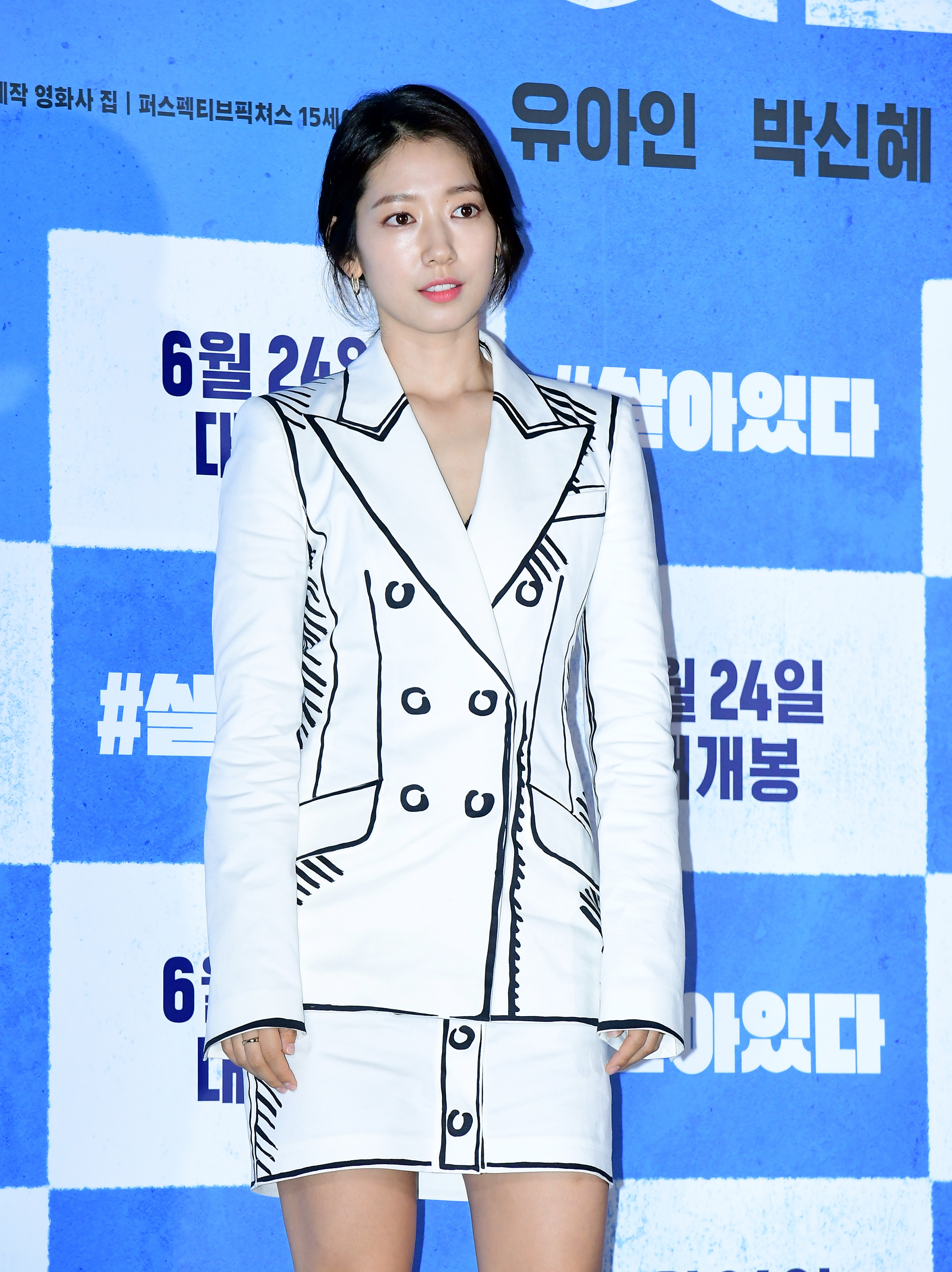 Description:As a grisly virus rampages a city, a lone man stays locked inside his apartment, digitally cut off from seeking help and desperate to find a way out.

About Netflix:
Netflix is the world’s leading streaming entertainment service with 193 million paid memberships in over 190 countries enjoying TV series, documentaries and feature films across a wide variety of genres and languages. Members can watch as much as they want, anytime, anywhere, on any internet-connected screen. Members can play, pause and resume watching, all without commercials or commitments. 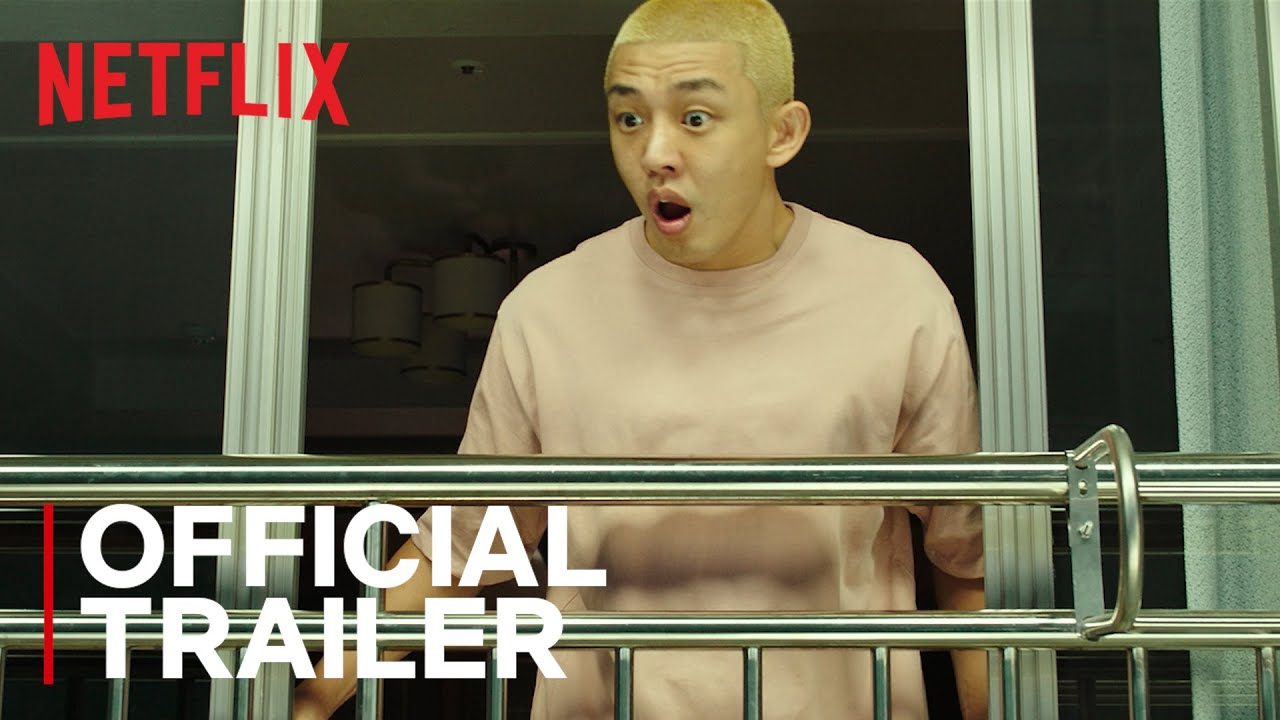