Playing around while aboard a cruise ship, the Chipmunks and Chipettes accidentally go overboard and end up marooned in a tropical paradise. They discover their new turf is not as deserted as it seems.

For a vacation, Dave, the Chipmunks (Alvin, Simon and Theodore) and Chipettes (Brittany, Jeanette and Eleanor) go on a cruise ship heading for the International Music Awards. The Chipmunks and the Chipettes end up creating trouble, ending up with Dave grounding them to their room, only for all of them (except Theodore) to escape to the casinos. Dave notices that his old boss, Ian Hawke is working as the ship's safety monitor dressed as a pelican, and is out to inform the captain if the Chipmunks and Chipettes cause more problems. Alvin goes para-sailing on a kite but the kite flies away with him and the other Chipmunks. Dave goes on a hang-glider to try to find them but Ian stops him and they both end up in the Pacific Ocean.

Meanwhile, the Chipmunks find an island and they sleep for the night. Dave enlists Ian's help to find the same island and begin looking for the Chipmunks. The next morning, the Chipmunks go and find food and while doing so, an island castaway named Zoe shows up and sees the Chipmunks and Chipettes for the first time. They then go to Zoe's tree house where Eleanor sprains her ankle and Simon gets bitten by a spider, the side effects including personality changes and loss of inhibition.

The morning after, everyone observes Simon's personality has changed and he has no memory of being Simon; he also thinks he is a French, adventurous chipmunk named Simone. "Simone" becomes attracted to Jeanette but does not take as kindly to Alvin and Brittany. Later, Zoe takes Simone, Jeanette, Eleanor and Theodore to a lake with a waterfall and Simone finds a cave. He returns with a gold bracelet which he gives to Jeanette as a crown. Brittany and Alvin see an active volcano the next day and they decide that they have to leave the island with the others. Theodore and "Simone" find Dave and Ian and they go to meet with the other chipmunks. They all begin to prepare a raft to get them off the island and everyone is assigned a job. When Jeanette and "Simone" go and look for food, "Simone" is knocked unconscious and Jeanette is kidnapped; "Simone" reverts to Simon afterwards.

Everyone finds Simon awake and he cannot remember anything since the bite. They discover that Zoe has taken Jeanette and they head towards the waterfall. When they approached the tree log to cross, Dave and Alvin decide they'll go and find Jeanette. As Zoe forces Jeanette to get the treasure in the cave by tying her to a rope, she reveals that she was never a castaway, but came to the island intentionally to find the treasure, but due to the effects of living alone on the island for years, she has gone mentally insane and is ruthlessly willing to find the treasure at all costs. Alvin and Dave come to her rescue. The island begins to rumble again and Zoe lets go of the rope and Jeanette runs with Dave and Alvin back to the raft. When they reach the log to cross, Dave almost falls.

Alvin and a reformed Ian convince Zoe to help save Dave. They then run towards the raft and escape the eruption. While on the raft, Zoe apologizes to Jeanette for kidnapping her and forcing her to get the treasure. As a gift, Jeanette gives Zoe the gold bracelet that Simon had given to her. Alvin reconciles with Dave and they are rescued. The Chipmunks and Chipettes perform at the International Music Awards. Ian also starts a new career as a screenwriter by selling a screenplay about Zoe's story to Hollywood, earning him his wealth back and making Zoe famous.

In a mid-credits scene, the Chipmunks, the Chipettes and Dave are on a plane bound for home. Alvin tricks the passengers into thinking that the plane's destination is set for Timbuktu, much to Dave's annoyance.

On October 26, 2010, according to 24 Frames from the Los Angeles Times, Mike Mitchell, the director behind Shrek Forever After, was in negotiations with Fox to direct the new film.[8] The film featured one of Carnival's newest and biggest cruise ships, Carnival Dream. The external shots and interior stateroom suite were filmed during a 7-day Caribbean cruise. The casino, dance club, and dining room were filmed on a set not attempting to match the actual interior of the Carnival Dream cruise ship.

Alvin and the Chipmunks: Chipwrecked was released in the U.S. on December 16, 2011, and was the first and only live-action/CGI Chipmunks film to be rated G by the MPAA.

Alvin and the Chipmunks: Chipwrecked was released on DVD and Blu-ray on March 27, 2012 from 20th Century Fox Home Entertainment.[9]

On Rotten Tomatoes, the film has an approval rating of 12% based on 82 reviews and an average rating of 3.51/10. The site's critical consensus reads, "Lazy, rote, and grating, Chipwrecked is lowest-common-denominator family entertainment that's strictly for the very, very, very young at heart."[12] On Metacritic, the film has a score of 24 out of 100 based on 19 critics, indicating "generally unfavorable reviews".[13] Audiences polled by CinemaScore gave the film an average grade of "B+" on an A+ to F scale.[14][11][15]

John Anderson of Variety wrote: "As impressive as the CG elements are in "Chipwrecked," they're a mixed blessing: The more lifelike the techies make the critters -- Alvin (voiced by Justin Long), Theodore (Jesse McCartney) and Simon (Matthew Gray Gubler) -- the more we're reminded they're rodents."[16] Michael Rechtshaffen of The Hollywood Reporter called it "Every bit as frantic, frenetic, groan-inducing and all around grating as its two predecessors."[17]

David Cross, who played Ian in this film and the previous two installments, has spoken critically of making the film, calling it "the most miserable experience I ever had in my professional life". He had no problems with the other actors or director, but said there were a couple of people who made it an awful experience.[18]

Alvin and the Chipmunks: Chipwrecked: Music from the Motion Picture is the licensed soundtrack based on the film. It was released on November 15, 2011 by Atlantic Records. Released to US Target stores, a limited edition version of the soundtrack was released containing four exclusive bonus tracks. iTunes and Amazon.com released a deluxe edition available only on digital download containing three bonus tracks.

Alvin and the Chipmunks: Chipwrecked is a video game based on the film. It was released for the Wii, Nintendo DS, and Xbox 360 on November 15, 2011 in North America and on November 25, 2011 in Europe. Like the previous "Alvin & The Chipmunks" and "Squeakquel" video game adaptations, Ross Bagdasarian Jr. and Janice Karman reprised their respective roles. Jason Lee and David Cross reprise their roles as well.

The game follows the plot of the movie. The Chipmunks and Chipettes get washed up on an island. It's up to the player to play as the Chipmunks, Chipettes, Dave, or Ian to get back to the city.

Main article: Alvin and the Chipmunks: The Road Chip

Description: The vacationing Chipmunks and Chipettes are turning a luxury cruise liner into their personal playground, until they become ‘chipwrecked’ on a remote island. As the ‘Munks and Chipettes scheme to find their way home, they accidentally discover their new turf is not as deserted as it seems. 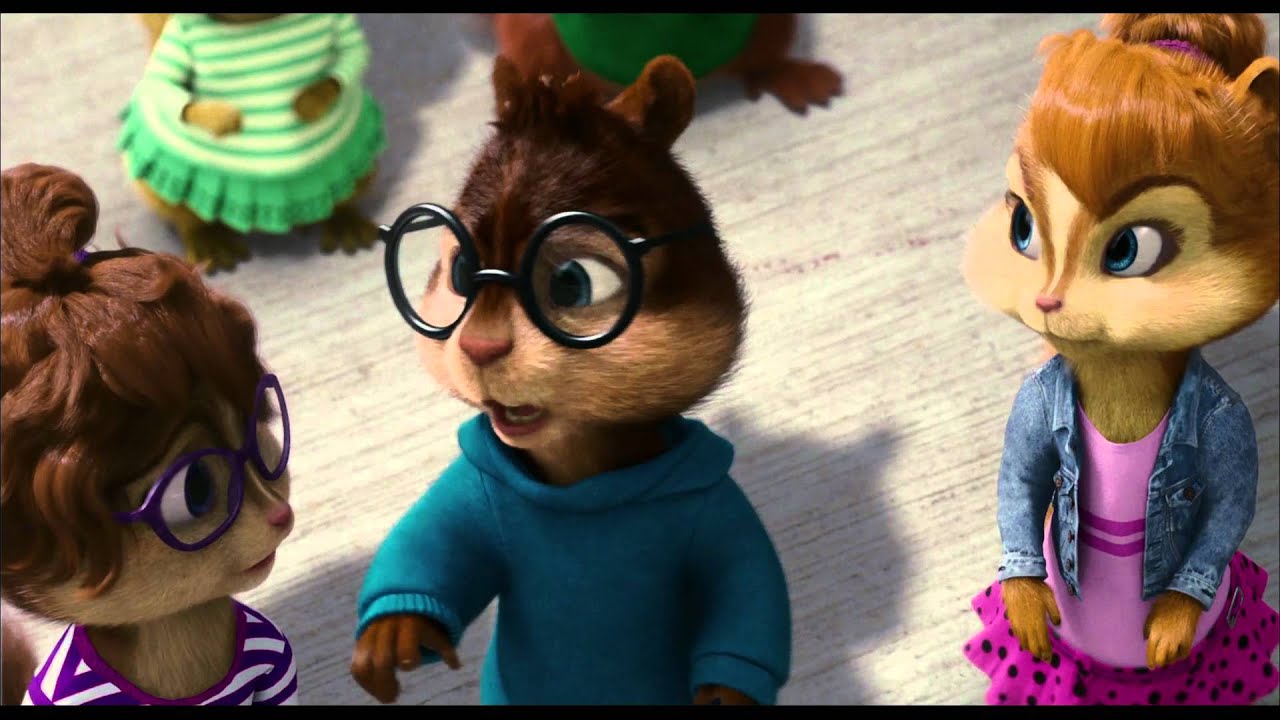