Cops involved with covering up a murder by getting rid of their body cam video footage find themselves haunted by an evil spirit.

Originally scheduled for a May 2019 release date, Body Cam was pulled from the schedule and was released digitally on May 19, 2020, prior to a video on demand release on June 2, 2020, by Paramount Pictures.

12 hours earlier, Officer Renee Lomito-Smith is being cleared to return to active duty after an altercation with a civilian and is paired with rookie Danny Holledge. They get a call from dispatch where officer Ganning is "failure to respond." Officers Lomito-Smith and Holledge go to investigate Ganning's last known location. Lomito-Smith finds the dash-cam footage in the police car, where she witnesses Ganning was beaten bloody by an unknown entity. They soon find Ganning's lifeless body hanging and call it in. Sergeant Kesper tells them that the footage has been destroyed, long before Lomito-Smith and Holledge had arrived.

Lomito-Smith soon gets a lead, when she recognizes the logo of a hospital from the driver's pants. She is then able to get the identity and home address of the driver, who happens to be Taneesha Branz. She and Holledge arrive at Taneesha's home and find that it's been abandoned. They turn off their bodycams as they enter the house. While checking the home, they find a photo of Taneesha and her son. As they continue to investigate, Holledge leaves quickly when he becomes too scared because of roaches. Officer Lomito-Smith continues to search but unable to find anything leaves. As she goes to exit, she finds that it is locked and as she tries to get out, she becomes aware that she is being watched by an unknown entity. As the entity gets closer to Lomito-Smith with the intent to kill her, Renee breaks the window on the door, escaping the home just in time.

Lomito-Smith investigates Taneesha, where she discovers that her son Demarco was killed in a gang shoot out. Elsewhere, Taneesha shops in a grocery’s store late at night where she is immediately harassed by two men in-store. Officers Roberts and Birke spot the green van, notifying dispatch and demanding backup. Lomito-Smith and Holledge answer the call for help and change their route to provide assistance to Roberts and Birke. Birke and Roberts enter the store and question the two men aggressively, even pulling their guns on them, despite neither man showing any hostility towards the officers. In a moment of rage, one of the men shoots and kills Birke as he takes Taneesha hostage. As he threatens to kill Taneesha, the dark entity suddenly lifts the man, causing him to let go of Taneesha. He begins firing his gun in fear, which kills everyone; the store clerk as well his partner. Taneesha slips out through the back exit during the commotion. Officer Roberts quickly investigates the area where the shooter was, when his body falls down to the ground, beaten. Unable to speak, he points in an attempt to warn Roberts that the entity is behind him. Before Roberts can react, there is a bag placed over his face to suffocate him by the entity. He manages to escape and tried his best to fight the entity but to no avail, he is soon killed.

Officers Lomito-Smith and Holledge arrive at the store but when they enter the store, they find everyone dead. Lomito-Smith investigates in the rear parts of the store, finding no other persons there. She comes across the security camera recordings but as she reviews it, she find that it is unusable. When she goes back into the store, she finds the phone of one of the two men and steals it hoping to find a lead. After returning to the station, she visits the medical examiner to get details about the victims. The medical examiner explains how the body is damaged in the most unusual way but points out that all the victims have had their teeth knocked out. Lomito-Smith pleads with the medical examiner to give her five minutes alone with the bodies. He agrees but tells her that she cannot steal anything or disrupt the bodies, because she is not supposed to be there. She pulls out the phone that she found at the store, unlocking it with the thumbprint of one of the two men. She removes the lock screen option when she's in to prevent the need for another thumbprint. Later that evening, she reviews the video from the phone, noticing the entity behind Taneesha and the man holding her hostage.

Lomito-Smith gets a lead on the origin of the green van, where it was reported stolen. She heads to an unnamed church and questions the Pastor, deducing that the van was never stolen but loaned to Taneesha. The Pastor explains that Taneesha's son, Demarco, was an avid volunteer to many organizations but he was also deaf. When Lomito-Smith asks where Taneesha could possibly be, the Pastor gives a possible location but when she arrives she only finds articles of Demarco's death as well as photos of Officers Ganning, Roberts, Holledge, and Penda. Officer Lomito-Smith happens to see that a camera is watching her. She tries to call Sergeant Kesper, but he does not pick up. She then calls Holledge and tells him that she needs to talk to him face-to-face. He agrees that she can come over one hour. When Renee arrives at Danny's house, she finds his front door open. She enters the home and searches for him, finding him in the bathroom where he has committed suicide. As she is grief-stricken over finding his body, Renee turns towards the sink, finding a note left to her, saying "I'm Sorry --Danny" as well as a flash drive.

Once she gets back to her vehicle, she inserts the flash drive into her computer. On the drive is Holledge's body cam footage of himself and officers Ganning, Roberts, and Penda during a police stop. It shows where they are yelling at a young man to stop walking as he is suspect. The young man continues walking and then is shot by Penda. Penda and Roberts go to the body. Roberts hands the cell phone to Penda and begins going through the young man's backpack. Penda then realizes the young man is deaf, and it turns out to be Demarco, Taneesha's son. Officer Holledge tries to help him and points out that his teeth came out, but Penda tells Holledge how bad this situation is and how they will face grave consequences. He persuades Holledge that they can handle it, but soon regrets it after Penda suffocates him by putting a bag over his head.

Lomito-Smith calls Sergeant Kesper and arranges a meet up. She meets him at a warehouse and tells him what the four officers did to Demarco but Kesper is already aware of it. He pulls his gun on Renee and tells her that it's best left covered and it will do more harm than good. As she walks inside the building at gun point, Officer Penda gets out of the car and follows behind them. Once inside, Penda demands Renee to hand over the footage. When she declines, Penda shoots her in her abdomen area, into the Kevlar vest. Suddenly, Taneesha arrives out of nowhere and saying to Officer Penda "YOU KILLED MY SON ... DEMARCO... YOU REMEMBER HIM CAUSE HE REMEMBERS YOU." The entity is revealed as the vengeful spirit of Demarco, who then beats up Sergeant Kesper and like the other victims, the end result is Kesper's teeth are knocked out. Renee and Taneesha escape to another part of the warehouse while this is happening. When Penda comes looking for them, Renee shoots him in right arm. As he continues to threaten, Demarco's spirit attacks him and brutally kills Penda but removing his innards out of his body, raising his body and slamming it down on a large pipe. As Renee stands there ready to confront Demarco, Taneesha comes up and assures her that he will not harm her. After emergency services arrive to the scene and while sitting at the ambulance doors, Renee and Taneesha see both of their sons together, signifying that they have found peace and now able to move on. The news soon covers the corruption on the Swinton police department and Kesper, who survived the attack from Demarco, is found guilty and sent to prison.

It was the eighth-most rented film on Spectrum in its first weekend of release.[11]

On Rotten Tomatoes, the film has an approval rating of 44% based on 25 reviews, with an average rating of 5.01/10. The site's critics consensus reads: "Ambitious yet undercooked, Body Cam can't quite connect the dots between its genre thrills and socially aware themes."[12] On Metacritic, the film has a weighted average score of 37 out of 100, based on reviews from 5 critics, indicating "generally unfavorable reviews".[13] 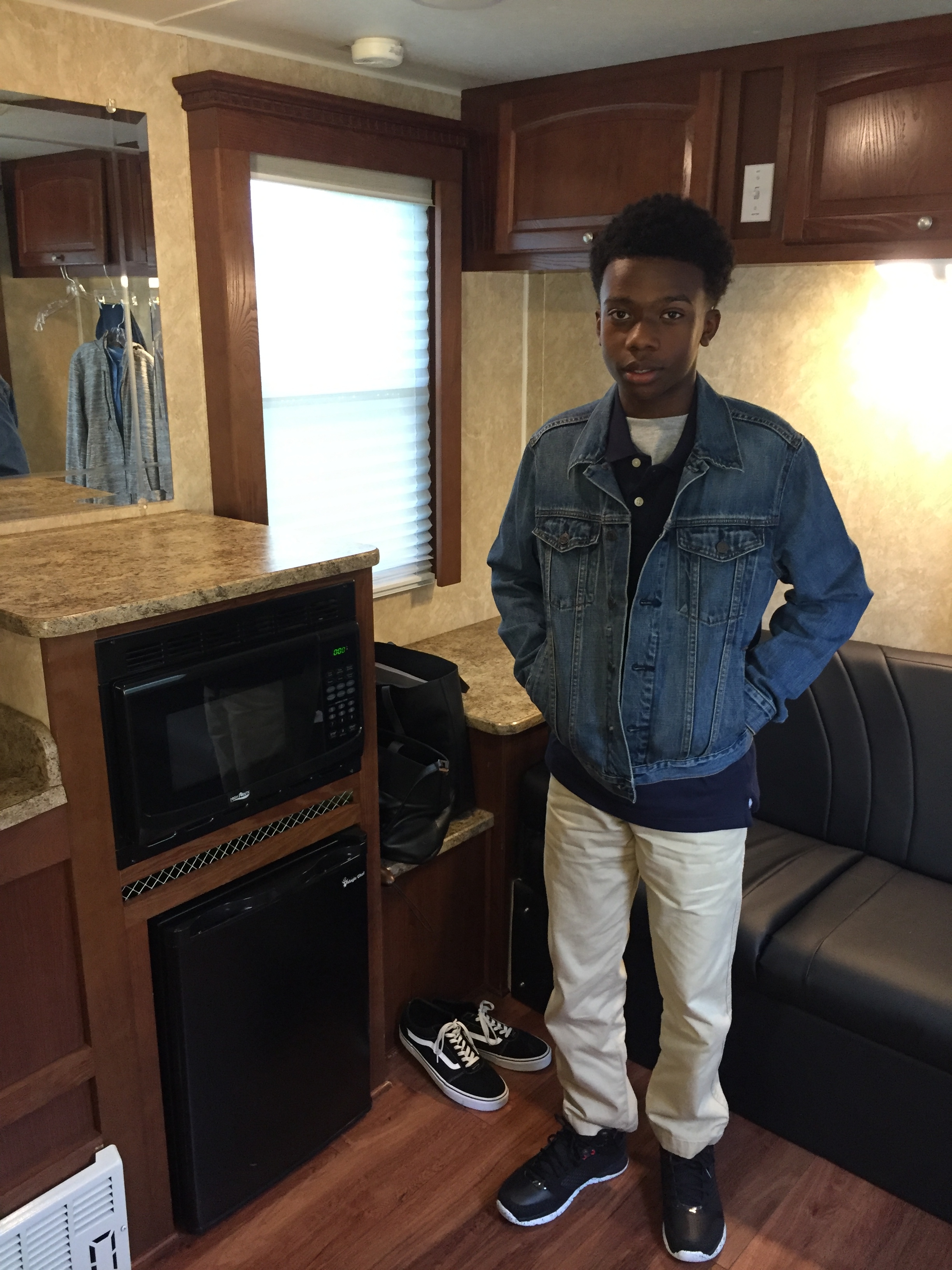 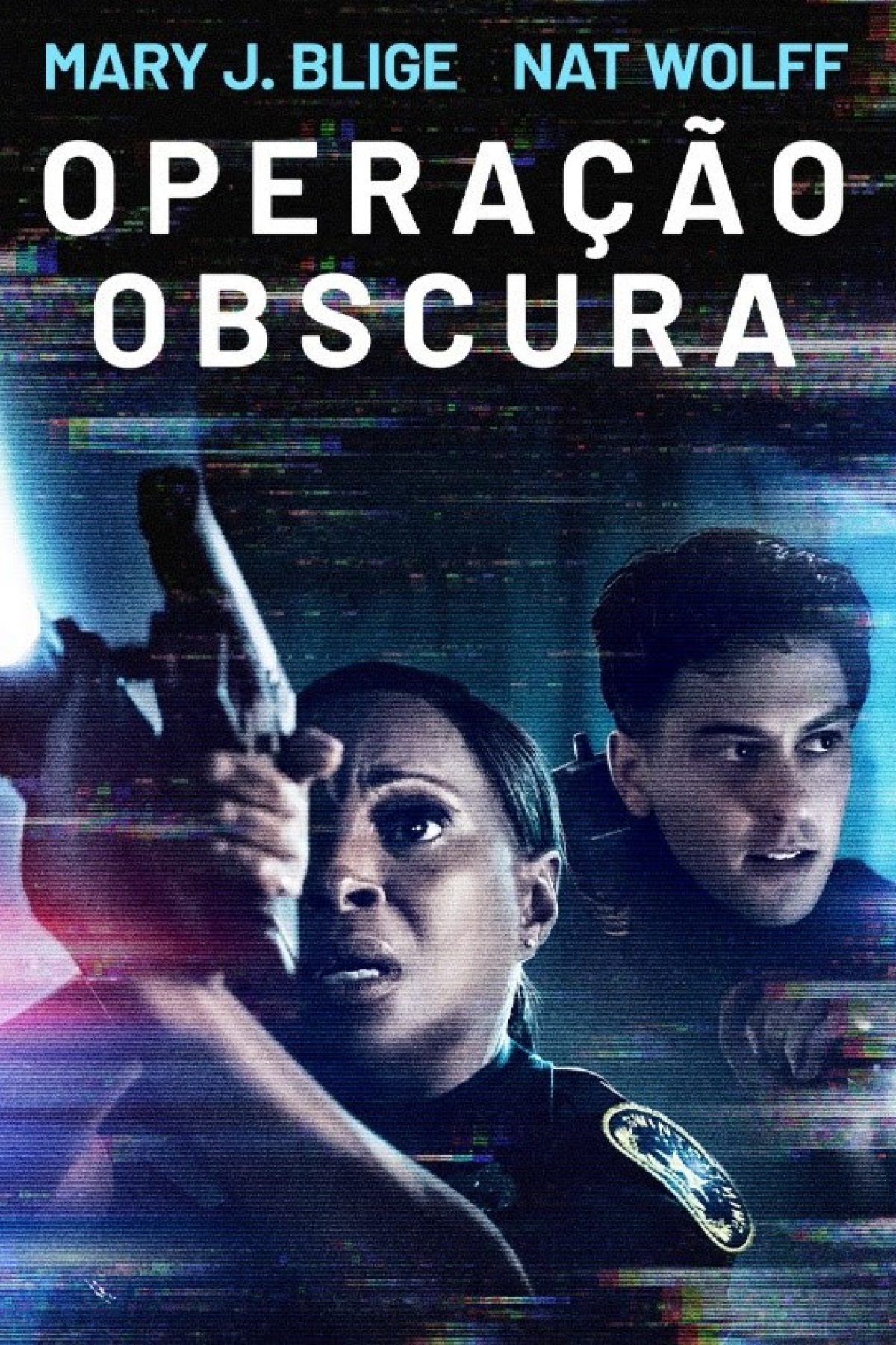 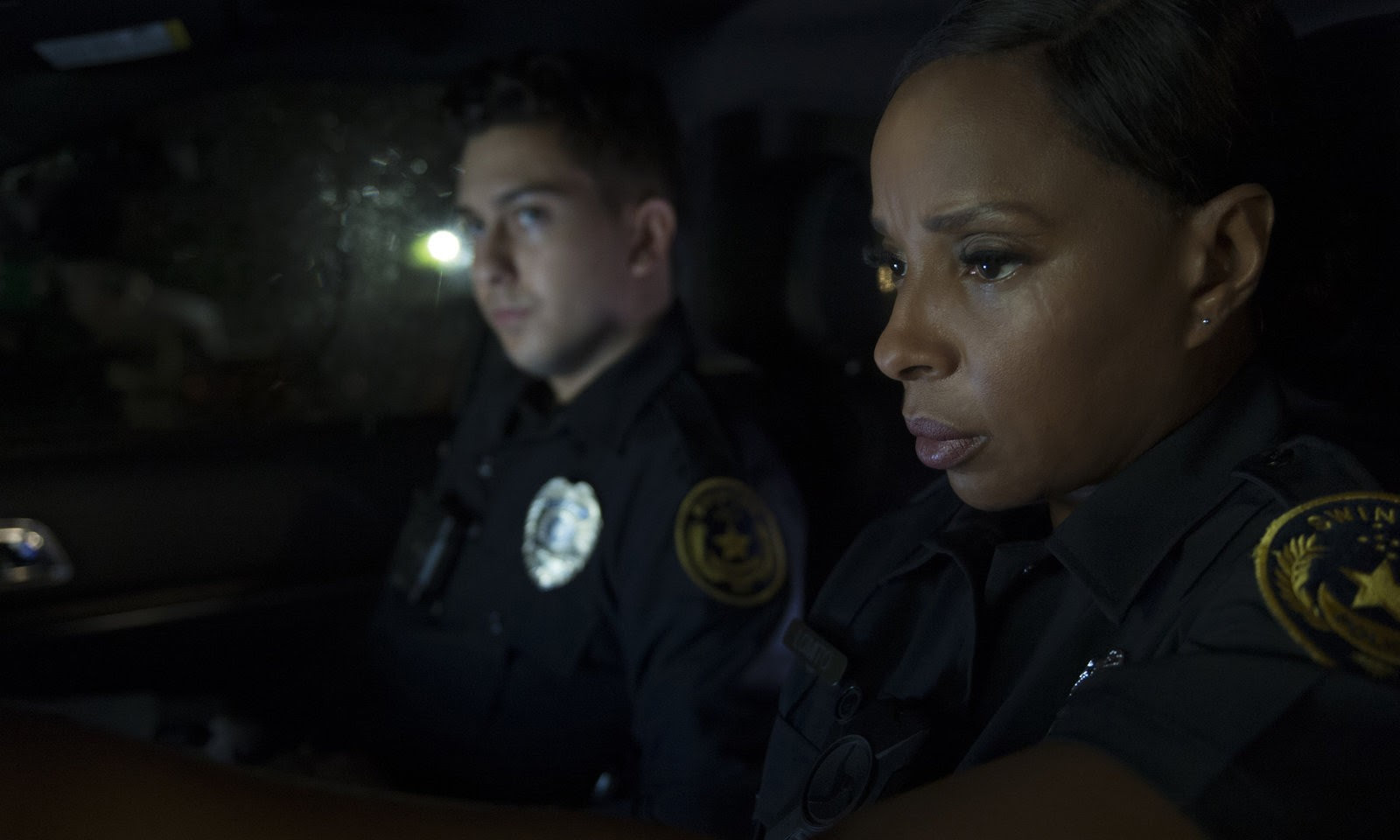 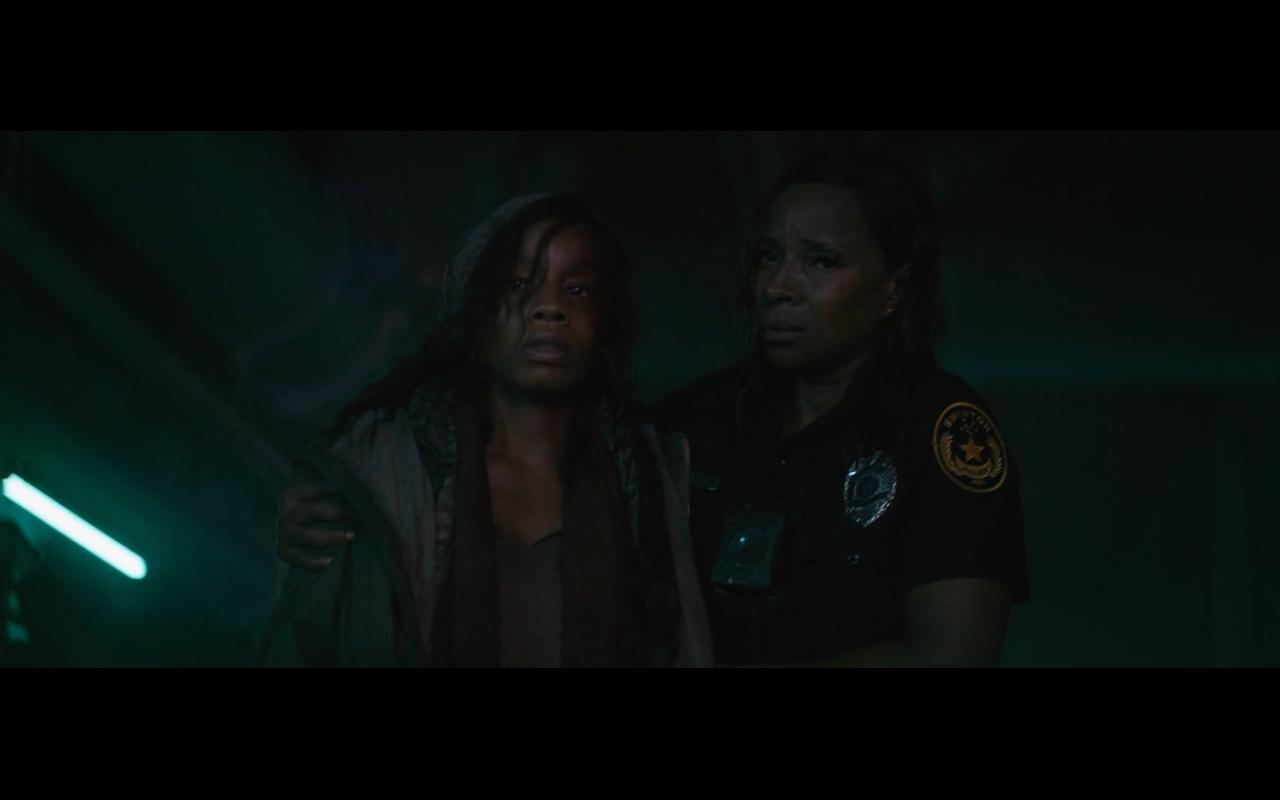 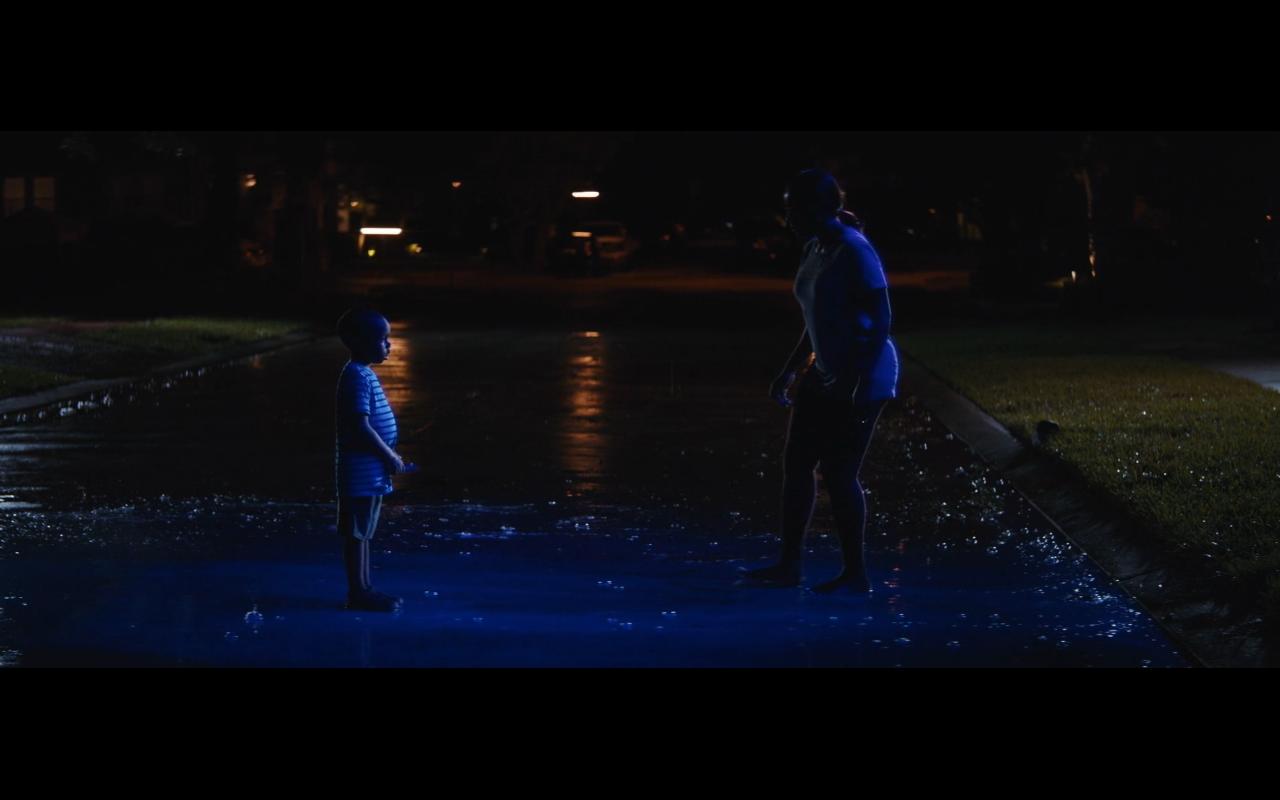 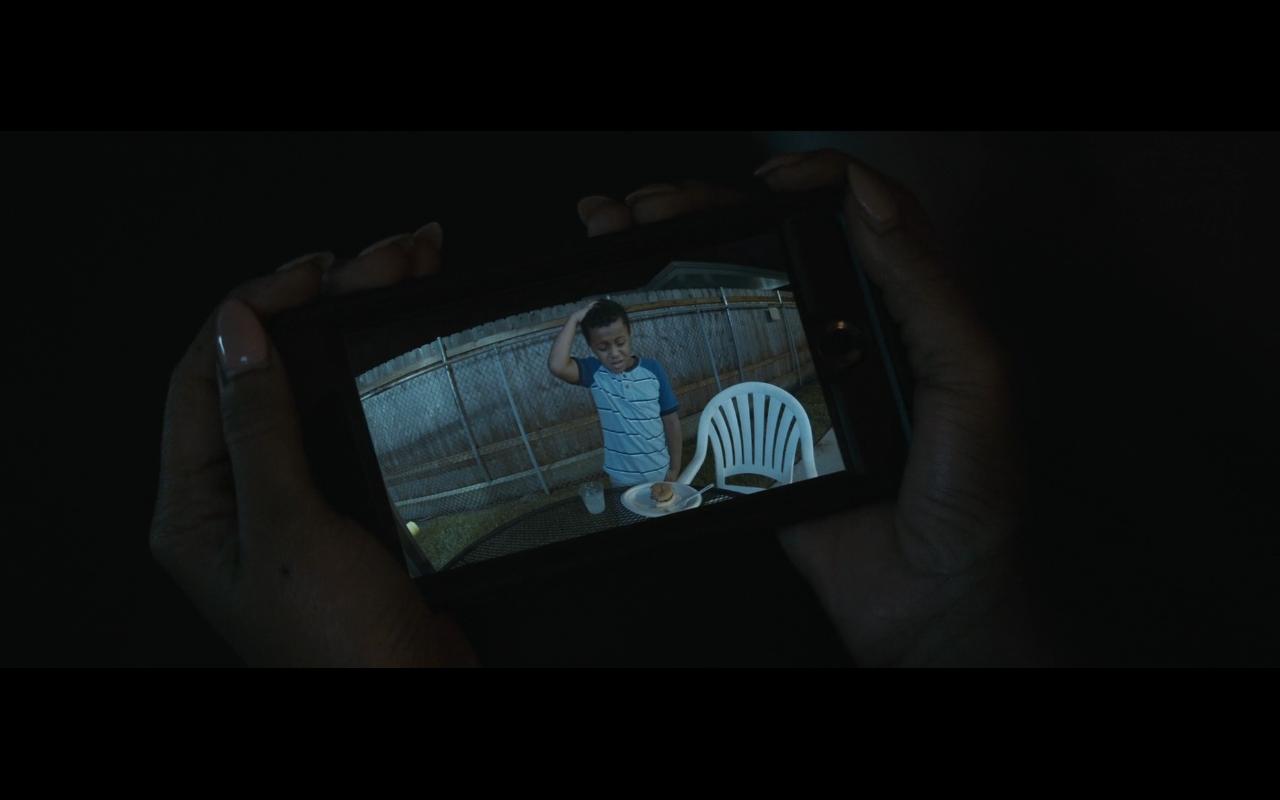 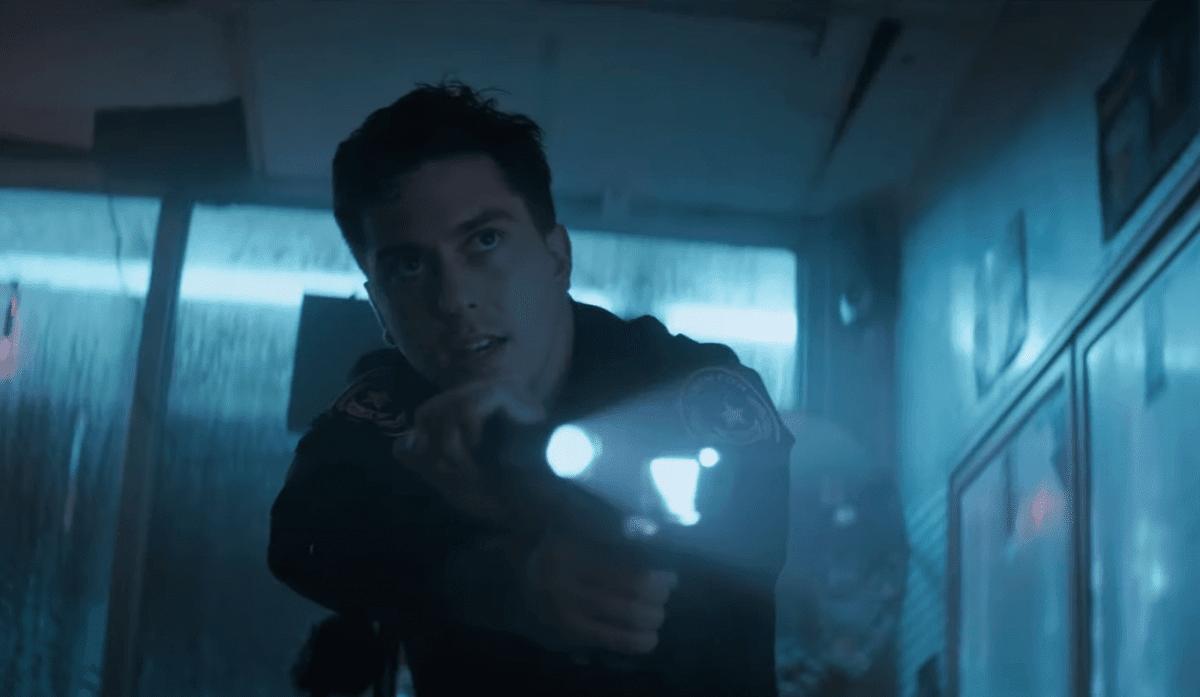 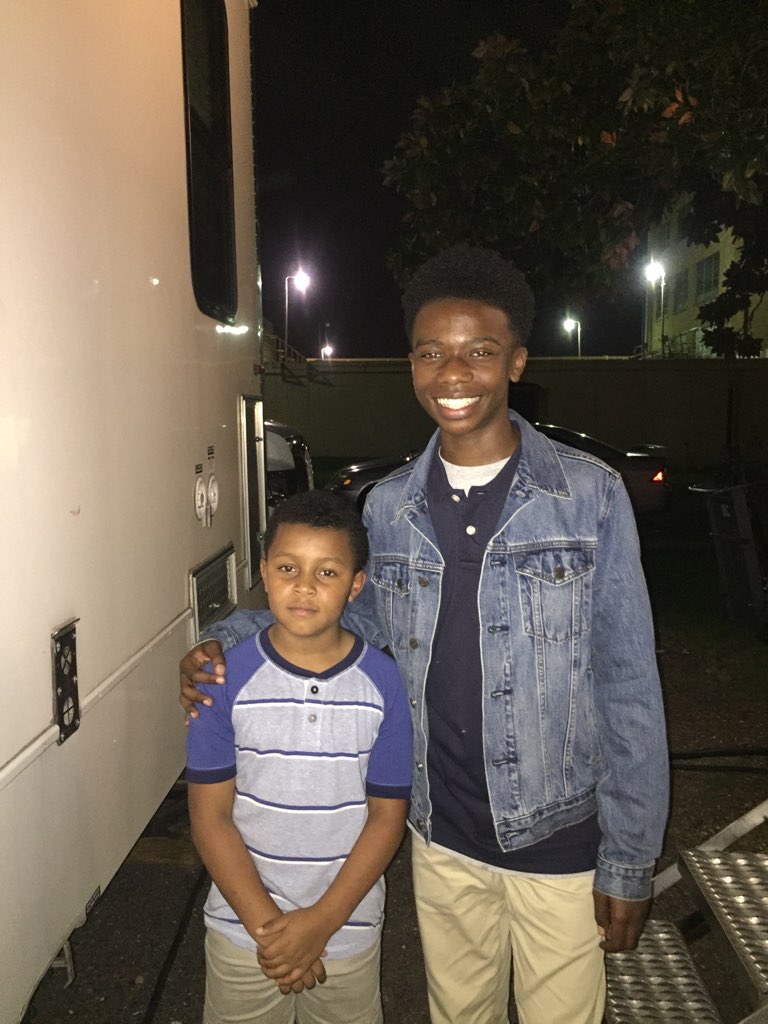