Three stories about the world of opioids collide: a drug trafficker arranges a multi-cartel Fentanyl smuggling operation between Canada and the U.S., an architect recovering from an OxyContin addiction tracks down the truth behind her son’s involvement with narcotics, and a university professor battles unexpected revelations about his research employer, a drug company with deep government influence bringing a new “non-addictive” painkiller to market.

Set against the backdrop of the opioid epidemic,[3] three stories follow a drug trafficker arranging a multi-cartel Fentanyl smuggling operation; an architect, recovering from oxycodone addiction, searching for her missing son; and a university professor who battles unexpected revelations about his employer at a pharmaceutical company, bringing a new "non-addictive" painkiller to market.

Teenage drug runner Cedric Beauville is captured and arrested by the Royal Canadian Mounted Police on the US-Canada Border in possession of large quantities of illegal fentanyl pills.

Everett University research scientist Dr. Tyrone Bower is contracted by Northlight Pharmaceuticals to carry out a study in support of their newest product, Klaralon. The drug is being touted as the first non-addictive painkiller and is due to be released shortly as a replacement for Oxycodone. The study uncovers concerning results; Klaralon initially presents as non-addictive when taken daily for the first 7 days (parameters specified by Northlight), however after 7 days it becomes almost three times more addictive than Oxycodone. Realising the public health implications, Bower recommends to Northlight they delay Klaralons release for further testing, which they object to. Board member Dr. Bill Simons tries to tempt Bower into changing his mind by offering a large research grant, but Bower refuses. With Northlight being one of the university’s main donors, Bower finds himself under pressure from department head Greg Talbot to approve the study, but again is reluctant. Northlight begins leaking information to discredit his reputation, and Everett University revokes his tenure. Desperate, Bower becomes a whistleblower and contacts the FDA, being put in contact with investigator Ben Walker.

Detroit based DEA agent Jake Kelly has managed to infiltrate two large scale drug cartels running fentanyl. One is run by the Armenian Mafia who operate pill mills across the US. The other is based in Montreal, Quebec controlled by drug kingpin Claude ‘Mother’ Veroche, who operates out of a nondescript restaurant called La Marina. Kelly intends to convince the two cartels to enter into business, so both leaders can be arrested at once when they meet. Kelly has personal motivation for bringing them down, due to his younger sister suffering from crippling heroin addiction. Kelly’s relationship with Mother becomes strained when news of Cedric’s capture comes to light, with Mother becoming concerned there is an informant in his organisation. Due to operational funding concerns, Kelly’s superior agent Garrett gives him a reduced timescale to organise the meet between the two cartels. Mother has Cedric killed in custody for his silence, and executes his second in command Guy Broussard after discovering he has been speaking with the authorities.

Architect and recovering Oxycodone addict Claire Reimann becomes concerned when her 16 year old son David does not return home from hockey practice. He is later found dead as a result of a fentanyl overdose, shocking Claire who is convinced he never took drugs. Although the Detroit Police Department treats it as an accidental death, she hires a private investigator who determines David was forced to take the fentanyl and was murdered. Through her sons social media she tracks down one of his friends, who confesses several teenagers from the hockey team (from both Detroit and Montreal) work for Mother as drug runners, although David had only done it once. Reimann crosses the Ambassador Bridge and travels to Montreal where she hires another private investigator, who provides her with information on Mother and an untraceable ghost gun. She threatens another drug runner, Derrick Millebran, who believes that Mother is killing them to tie up loose ends after Cedric’s arrest. Kelly becomes aware of Reimann’s activities through investigation of Cedric’s associates, and intercepts her outside La Marina. He does not arrest her, but instead unloads her gun and urges her to leave for her own good.

The meeting between the two cartels goes ahead, covertly monitored by a joint DEA-RCMP taskforce. However, an RCMP surveillance officer accidentally gives away his position, resulting in a shootout that kills Kelly’s partner, Special Agent Stanley Foster. Mother also escapes, believed to have fled to Algeria. Given the seizure of the drugs at the meet, both US and Canadian agencies decide to disband the continued search for Mother and the Armenians. Outraged, Kelly goes against orders and travels to La Marina, where he threatens an employee who tells him Mother is still in Canada but is planning to escape via seaplane that evening from the Port of Montreal. Reimann is also given this information from her private investigator. Kelly arrives at the port, but has been beaten there by Reimann, who opens fire and kills Mother as he makes his way to the aircraft. His bodyguard shoots her in the arm, but is swiftly shot by Kelly. He then replaces the mens weapons with Reimann’s ghost gun and his own unregistered back up gun, to make it appear they shot each other in a disagreement over money that was being carried by Mother at the time. He treats her gunshot wound, and tells her he does not intend to arrest her.

A last ditch effort by Northlight CEO Dr. Meg Holmes also fails to convince Bower to come on side, and the company is subjected to an FDA hearing. To Bowers shock, the agency does not revoke Northlight’s permissions for Klaralon’s release, noting that the potential benefits to the public outweigh the dangers highlighted by his study. Walker is also reassigned as a retaliatory measure. Despite the legal risk, Bower breaks his non-disclosure agreement and goes to the press, finally getting the information public. His integrity and honesty pays off, and he is later hired by the University of Michigan due to his actions, and is seen giving an introductory lecture to a crowded auditorium.

Principal photography began in February 2019 in Montreal and Detroit.[10]

In December 2020, it was announced that Universal Pictures, Warner Brothers, and Quiver Distribution had acquired the distribution rights, with Quiver setting it for a February 26, 2021 nationwide theatrical release in the United States, followed by a home entertainment release on March 5, 2021, and an international theatrical release on March 26, 2021.[11][12] It was released in Canada on March 16, 2021 by Elevation Pictures.[13]

Crisis was the #1 debut film during its opening weekend in Australia, placing #4 of all films in release.[15]

Crisis was released on home streaming platforms in the US on March 6, 2021. It quickly climbed the iTunes charts where it reached #1 in the drama, thriller, and independent categories as well as #2 in overall rentals within its first 24 hours.

The film divided critics and audiences and has generated controversy surrounding its reviews.

Critics rated the film less positively at first, although with time its score has risen; It holds a 65% approval rating on review aggregator website Rotten Tomatoes, based on 151 reviews, with a weighted average of 5.8/10. The website's critics consensus reads: "With its serious-minded story, Crisis aims higher than many crime thrillers – but uneven acting and a spotty script mean the end result falls short of its goals."[17] On Metacritic, the film holds a weighted average score of 40 out of 100, based on 18 critics, indicating "mixed or average reviews".[18]

Advance reviews for the film were very positive. Variety's Marc Malkin wrote that the film is "intense and timely [...] with exceptional performances, fine storytelling, and master craftsmanship." KTLA's Scott Mantz wrote that the film is "riveting, gripping, and provocative. A terrific thriller with superb performances across the board," while WOR's Joe Neumaier described the film as "a multilayered dramatic thriller that tackles every vicious part of the opioid emergency. Gary Oldman, Armie Hammer, and Evangeline Lilly deliver urgent, powerful turns in this finely crafted film that is impressively up-to-the-minute."

After the release of these quotes, one of the film's lead actors, Armie Hammer, was publicly embroiled in a sexual abuse scandal.[19]

Upon general release, much sentiment for the film outside of some major outlets like Variety and Deadline was markedly negative. Peter DeBruge of Variety gave the film a positive review, nothing that Crisis was "compelling, relevant filmmaking... [with] no shortage of engaging and/or wrenching material..." while Pete Hammond of Deadline wrote that "Crisis comes along at the right time... Oldman and Lily are excellent, and Hammer is very fine as well."

Many other critics were negative, noting the film's similarity to Steven Soderbergh's Traffic, with John DeFore of The Hollywood Reporter describing the film as "Well-meaning but underwhelming."[20]

Jeffrey Wells of Hollywood Elsewhere suggested that critics were attacking the film as "easy pickings" because of Hammer's personal controversy. In the column, Wells wrote: "In a fair and just world [...] Crisis [...] would have cruised through to, say, an 82% score. Is Crisis as good as Steven Soderbergh's Traffic? No, but it's smart and well-assembled [...] It's Armie Hammer. I know it's Armie Hammer. The bastards are figuring 'okay, the industry is giving him the temporary boot so I can trash this all I want and nobody will say anything.'"[21] 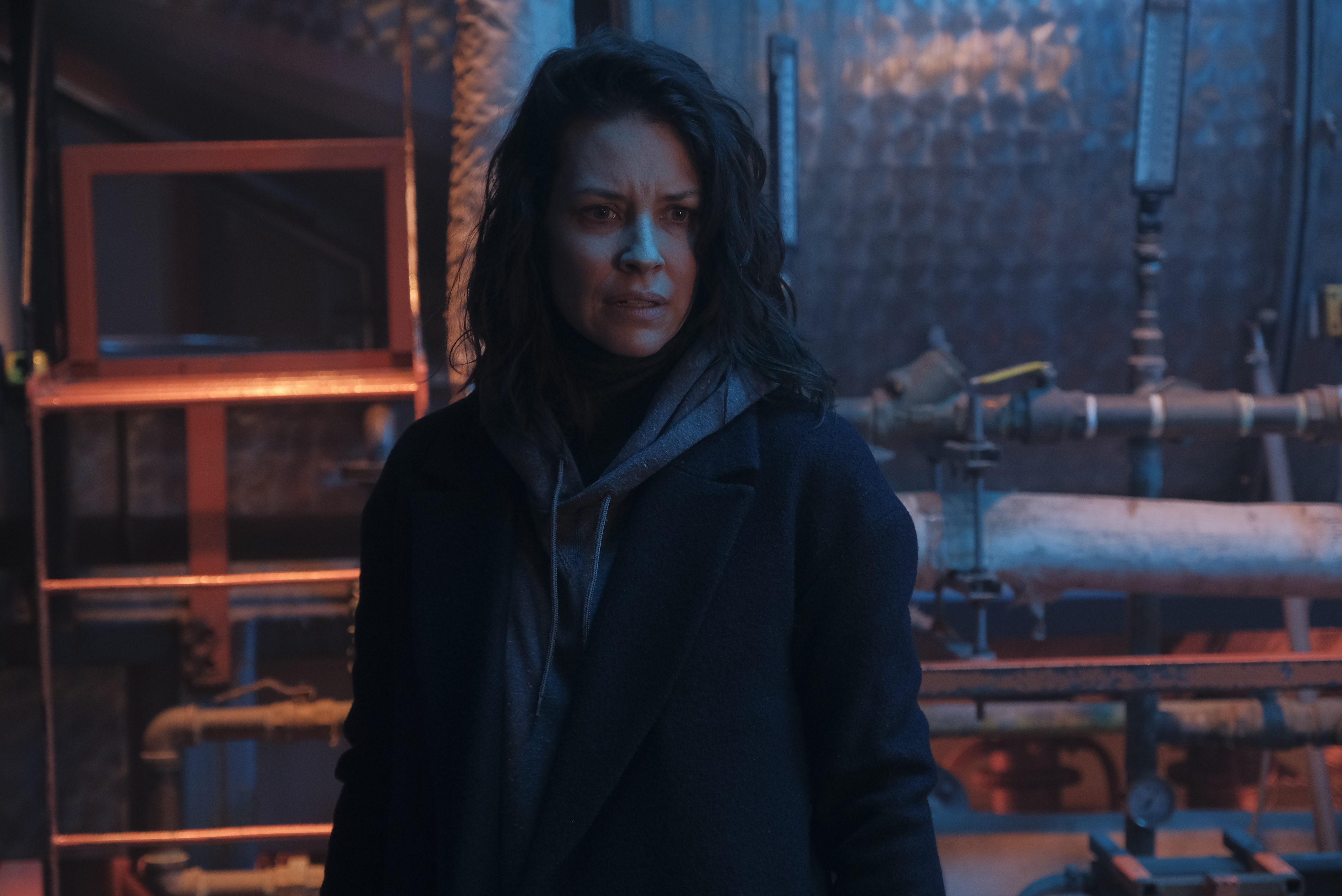 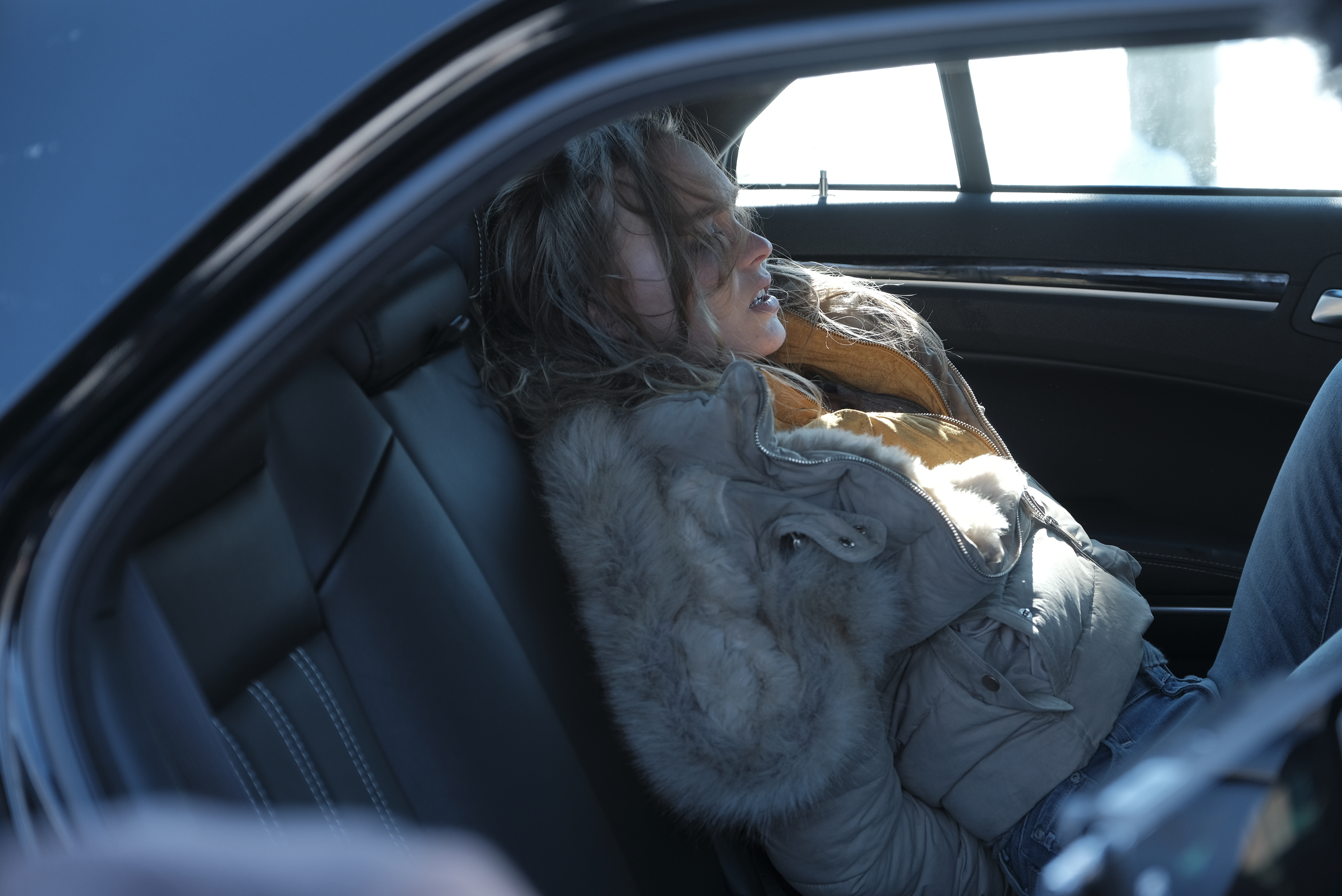 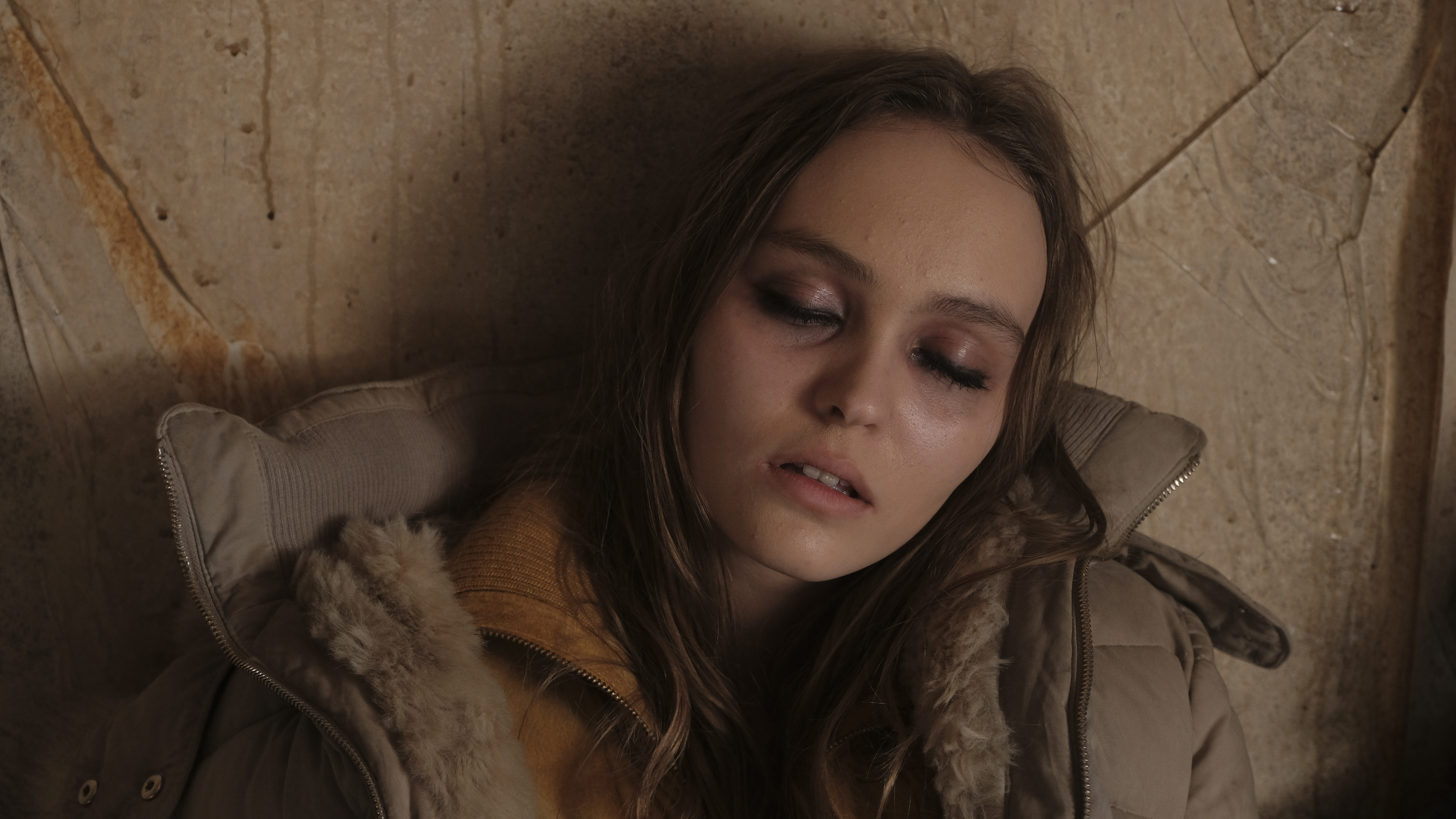 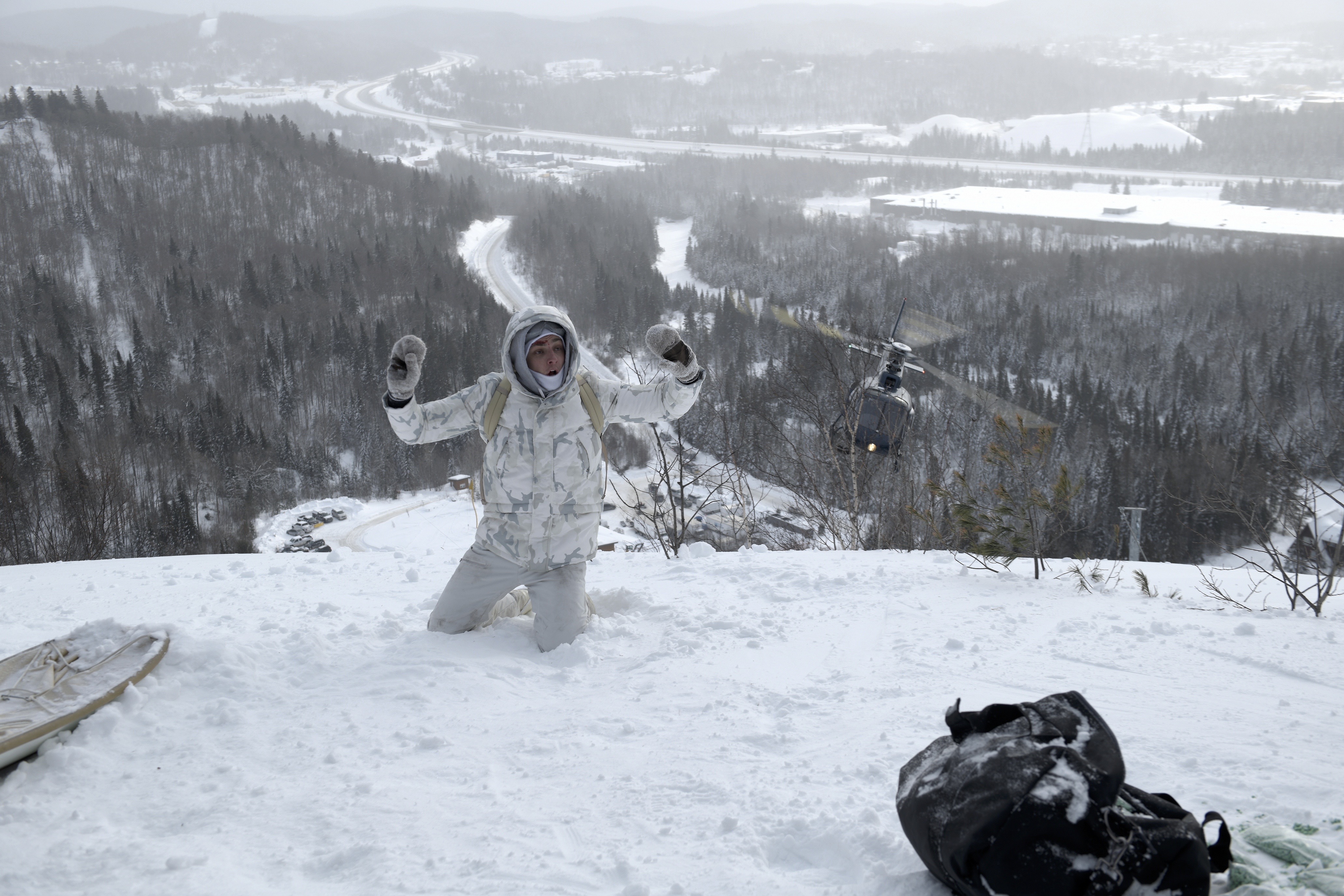 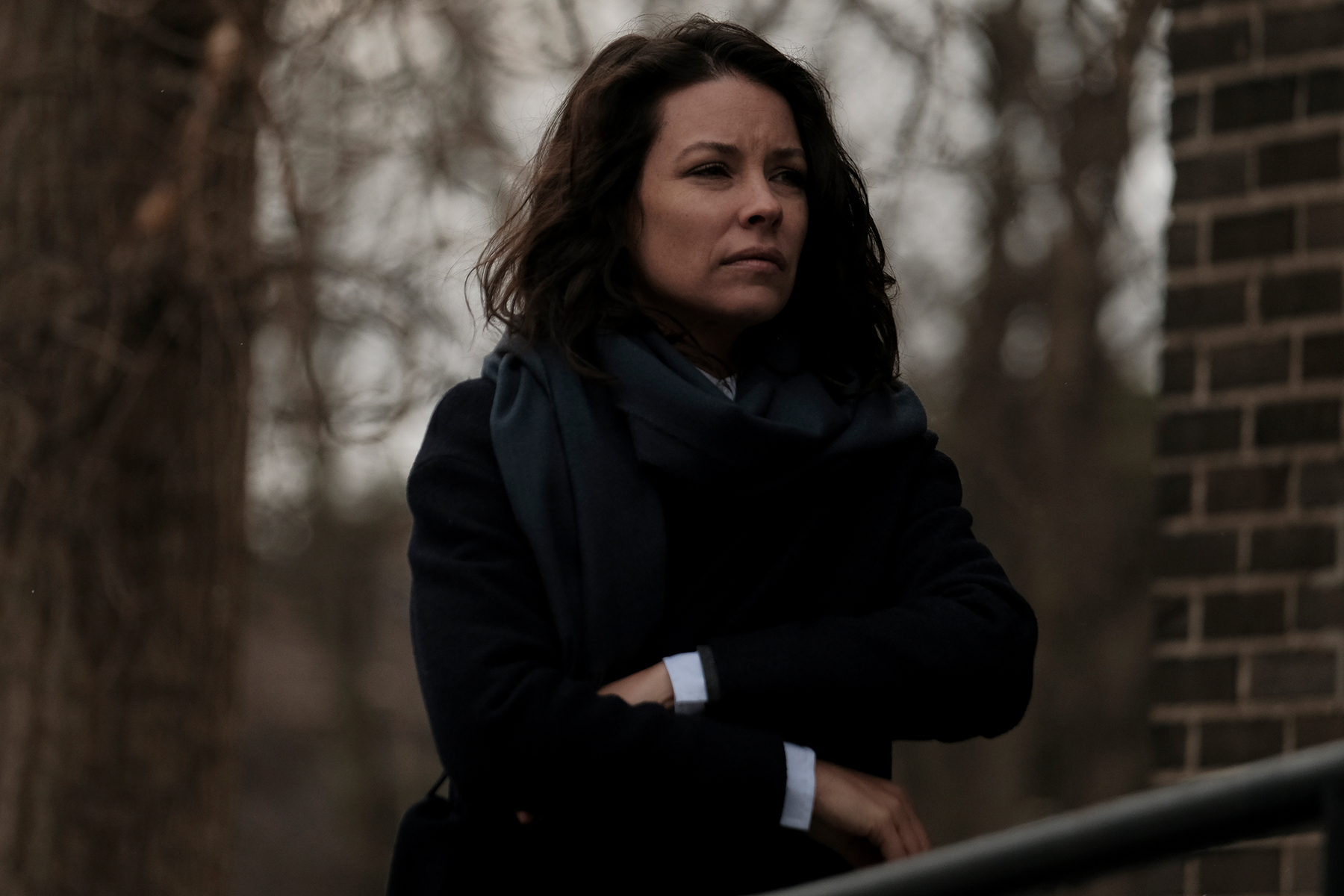 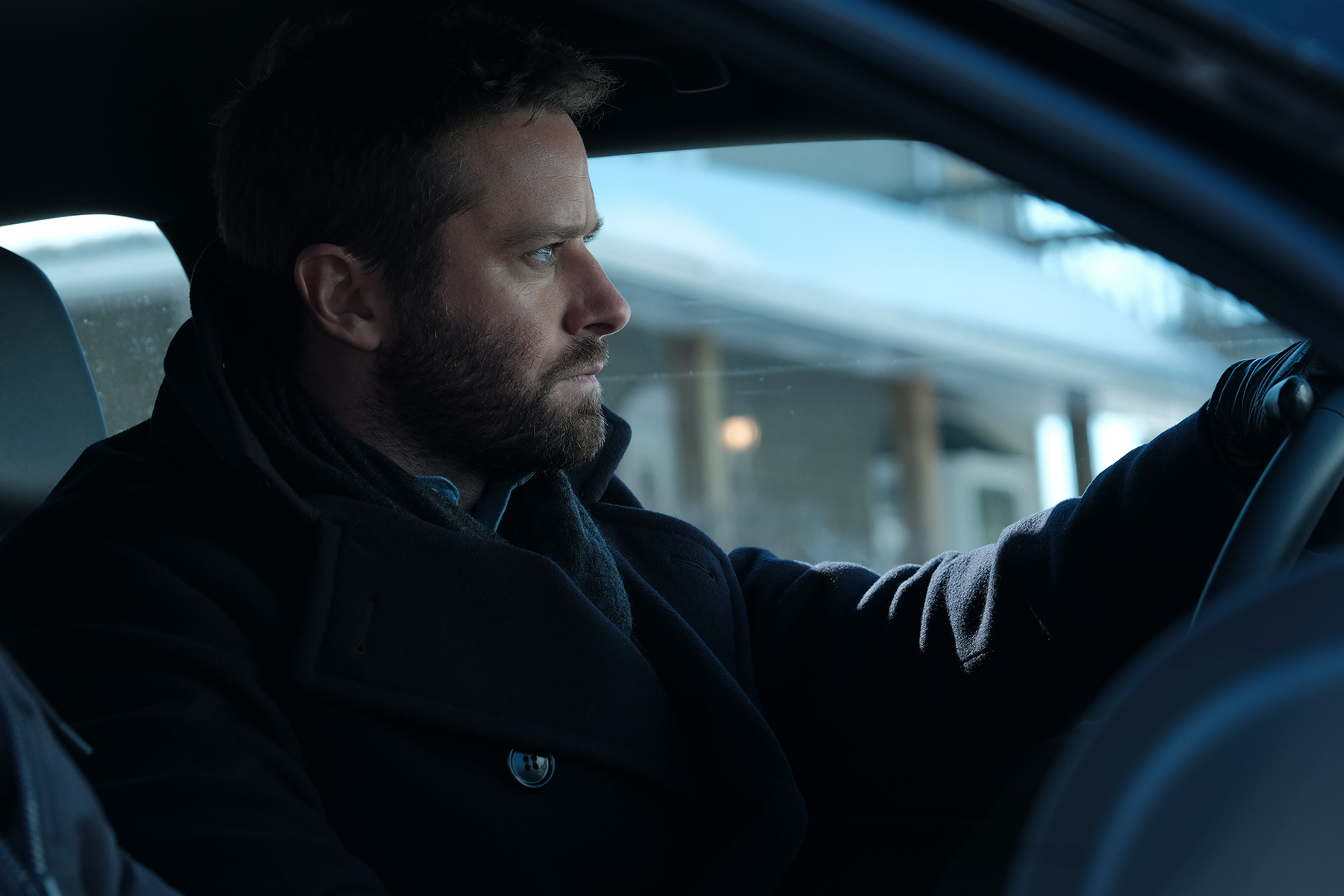 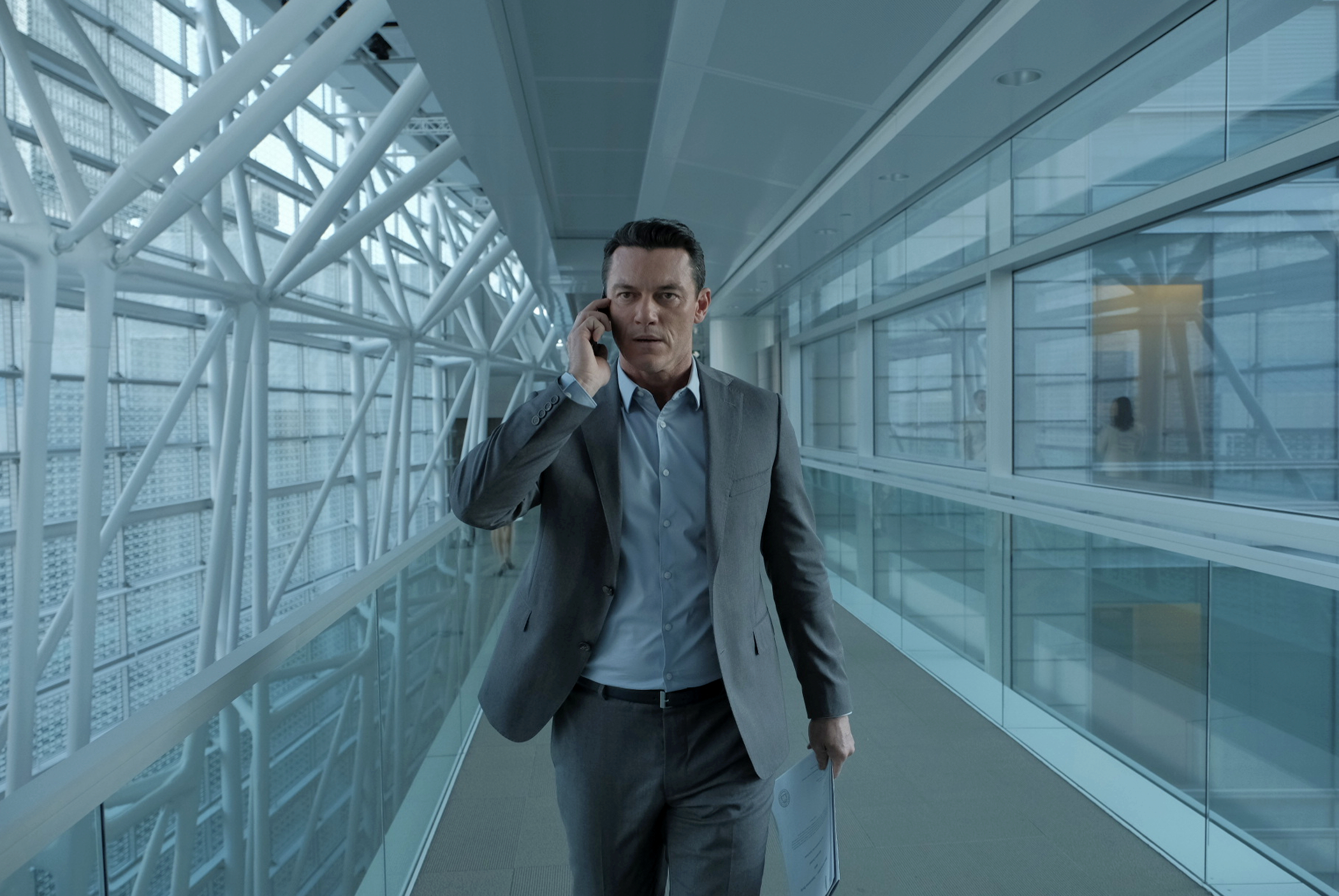 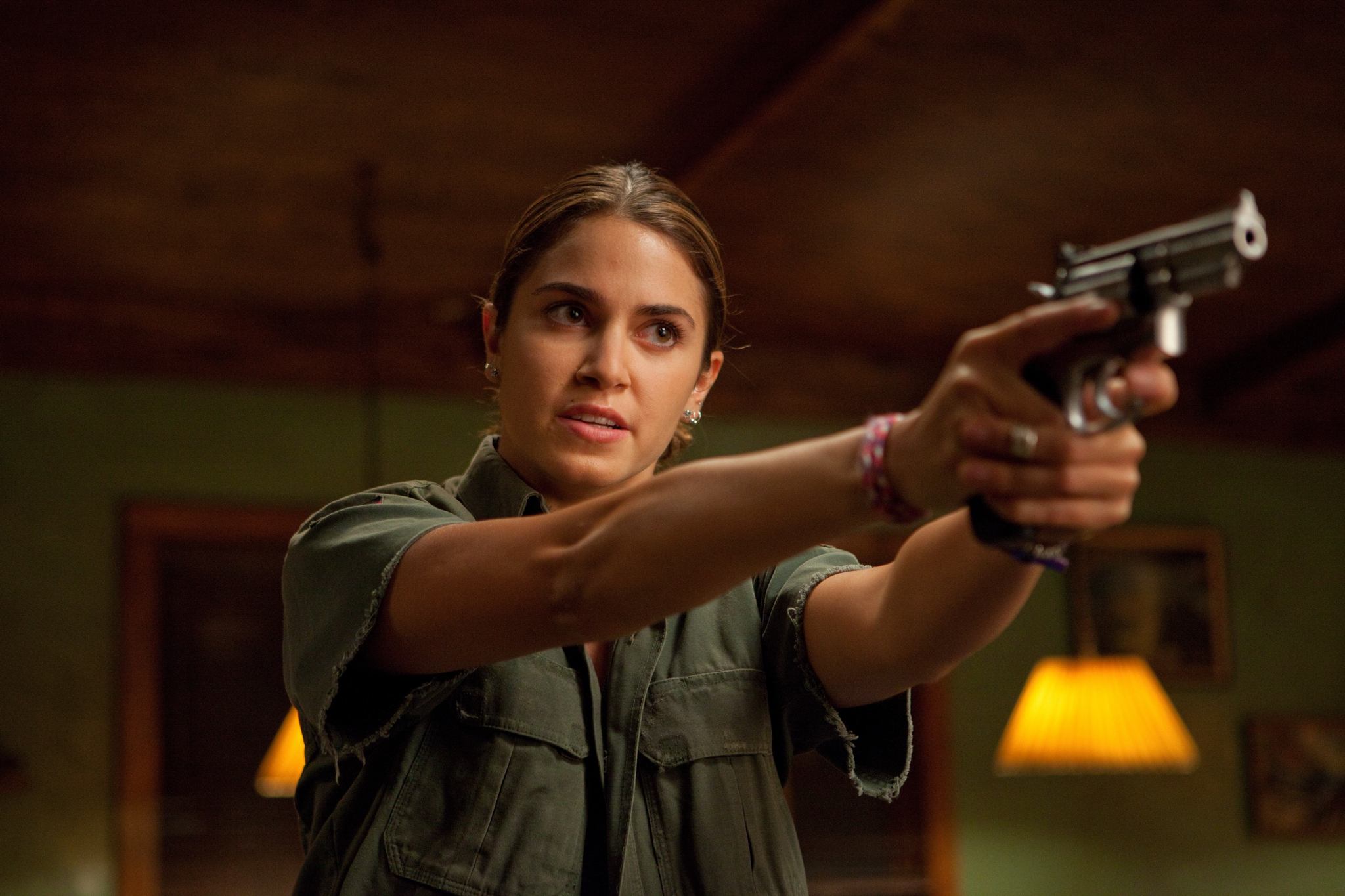 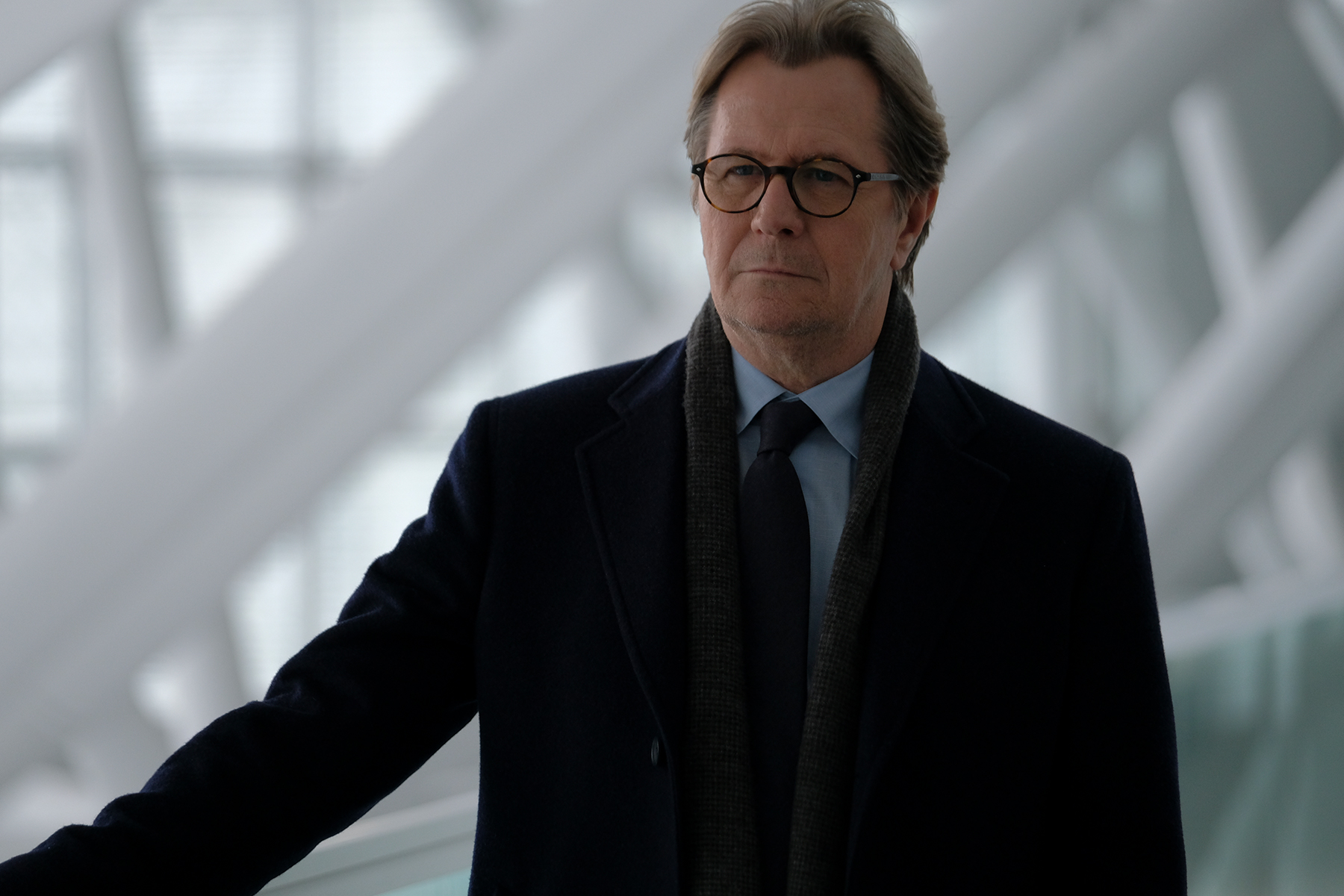 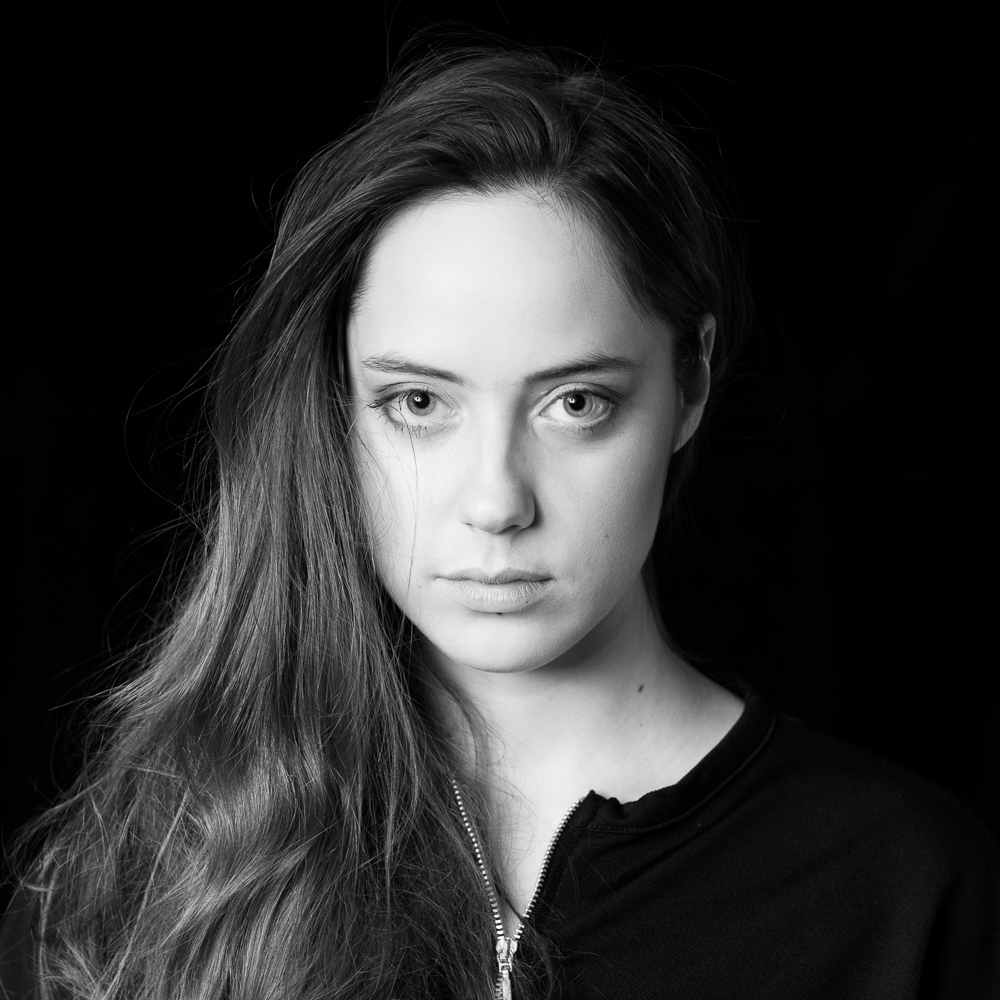 Description:An intense thriller set against the backdrop of the opioid epidemic, Crisis features three interwoven stories that highlight the greed, violence and tragedy of the drug war. A drug trafficker arranges a multi-cartel Fentanyl smuggling operation, an architect recovering from an oxycodone addiction tracks down the truth behind her son’s disappearance and a university professor battles unexpected revelations about his employer, a pharmaceutical giant bringing a new “non-addictive” painkiller to market.

IN THEATERS FEBRUARY 26th
ON DIGITAL AND ON DEMAND MARCH 5th 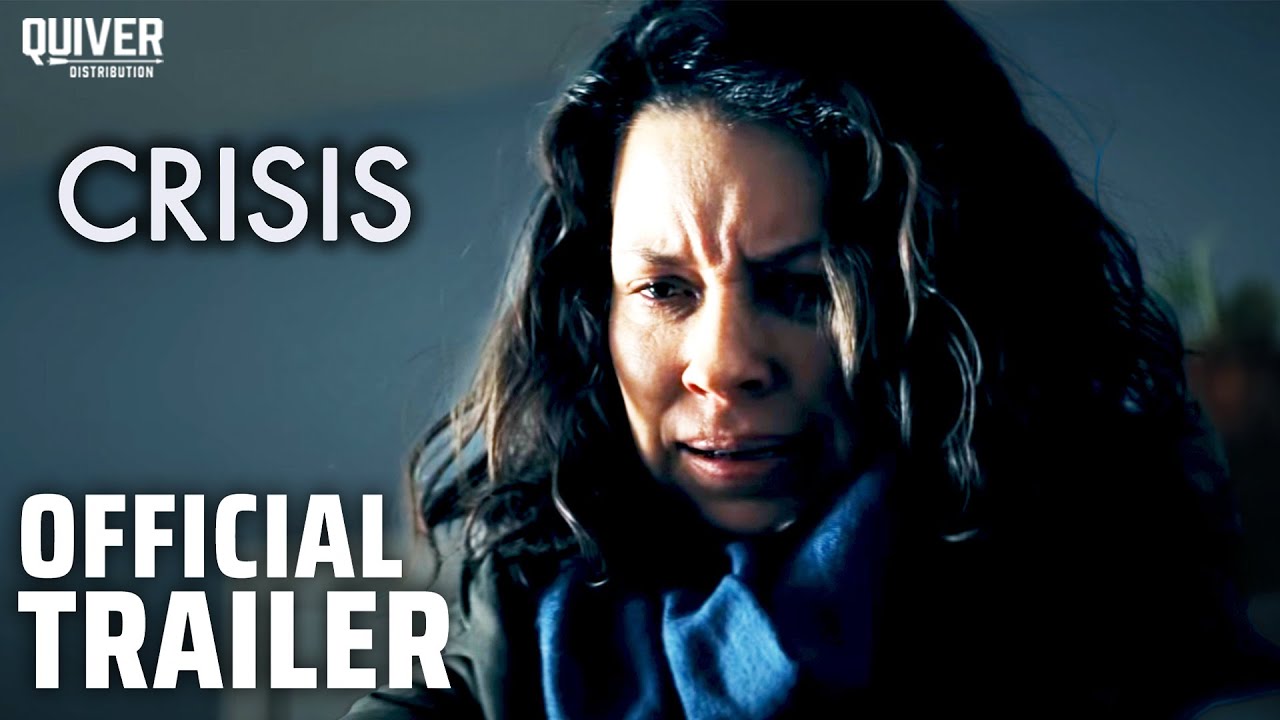