The sequel to the low budget first film Cube. This time the prisoners find them selves in a more advanced cube environment that they must escape from before they are killed. A science fiction film where space and time have more than one path.

Cube 2: Hypercube (stylized on-screen as Cube2: Hypercube) is a 2002 Canadian independent science fiction horror film, directed by Andrzej Sekuła, written by Sean Hood, and produced by Ernie Barbarash, Peter Block, and Suzanne Colvin. It is the second film in the Cube film series and a sequel to Cube.

Released in 2002, Hypercube replaces the colored industrial-style rooms of the first film with high-tech, brightly lit chambers. Instead of industrial traps such as flamethrowers and extending spikes, the rooms have "evolved" to control illusions, time, space, and reality.

The film's critical reception was mixed, with reviewers panning the sequel's poorly produced CGI, writing, and production, but praising its evolution from the first film, its acting, and its suspense.

A young woman named Becky wakes up in the Cube. She enters another room; however, the room enters a state of reversed gravity, pulling her up, and it is implied that she is killed.

Later, seven captives — Kate, Simon, Jerry, Max, Julia, the blind Sasha, and the elderly Mrs. Paley — find themselves trapped in brightly lit cubes, each with a panel on each of the six sides, which are doors to other rooms. They come across Colonel Thomas Maguire, who informs the group that they must solve a code in order to escape. A wall then begins to close in on the group; they escape while Thomas intentionally stays behind and is killed. Later experiences around the cube reveal that gravity can operate in different directions in each room, while Mrs. Paley, who is revealed to be a retired theoretical mathematician, and Jerry realize that they may be in a tesseract, or a hypercube. Kate notices the numbers "60659" in every room.

The group soon realizes that they are all in some way connected to Izon, a defense contractor. Mrs. Paley opens a panel to reveal her being killed by Simon, who is decapitated soon after by crystal beams. Jerry thinks that it is a parallel universe, while Max and Julia think it is an optical illusion. Later, while the group is sleeping, Simon explains to Jerry that he is a private investigator and is looking for Becky, a missing Izon worker. Meanwhile, Sasha hears a noise and awakens everyone. The group finds a floating square in the middle of the room, which grows into shifting variations of a tesseract, before expanding into a lethal and rapidly spinning frame. The group flees into another room, but Jerry is injured and eventually shredded by the tesseract, which grows rapidly. Kate remains to save Sasha, who is still trapped in the room, narrowly avoiding death as they group in one of the corners of the room where the tesseract cannot reach, as the tesseract conforms back to a cube and disappears. Sasha and Kate are separated from the group, as a result.

Simon starts to suspect that Mrs. Paley is an undercover spy, so he gags her and ties her up, but crystal beams start protruding from the walls. Simon tries to save Mrs. Paley, but Paley refuses to let him go, so he stabs her with his knife. Max and Julia, disturbed that Simon killed Mrs. Paley, leave and abandon him. They then begin to develop romantic feelings for each other and have sex but, unbeknownst to them, they are in a room that is zero-gravity and time dilated. They age rapidly and eventually die. Kate finds the corpses floating in the air, still in mid-coitus. Simon, alone and hungry, goes insane. He encounters a parallel Jerry and the missing Becky and kills them both.

Meanwhile, Kate finds grisly alternate realities of her death in other rooms and is horrified. Sasha tells Kate that time and space are distorted where they are, that the tesseract will implode and reality is collapsing. She reveals that she is Alex Trusk, a computer hacker who is responsible for the creation of the tesseract. She also reveals that when she discovered that Izon was putting people inside the tesseract, she tried to stop their operation, but was pursued so she "fled into the only place they wouldn't follow": the tesseract. Kate, however, still believes that there is a way out. Kate then finds Simon and stabs him in the eye after he grabs her in another room, as Simon appears behind Alex, aged and blind in one eye, proving Alex's space-time theory. Alex claims that they "are all dead", which causes Simon to snap her neck, believing that if they are all dead that it would not really matter if he kills her now.

Kate finds that the tesseract is shrinking, and she stabs Simon in the leg with his knife and punches him in his throat, killing him. She looks at the numerous duplicates of Jerry's watch and realizes that "60659" is the time that the tesseract will implode; 6:06:59. She takes Alex's necklace, which is filled with confidential information on Izon. The hypercube starts to wear away, and Kate opens a panel in the bottom, revealing a black void. At 6:06:59, she jumps in just as the Hypercube implodes.

Kate wakes up in the hands of Izon authorities in an unknown factory. She gives them the necklace, but, because of their confidentiality, she is shot in the head and killed by one of the Izon operatives. An Izon authority reports that "Phase 2 is terminated" as the operatives leave the facility.

The longer alternate ending included in the special features on the DVD reveals the "owners" to be the government; in the shorter version it is unclear who they are, but it is assumed they are Izon. Kate is executed in both versions, but she is praised for being the first operative to make it out alive. In the alternate ending it is revealed to Kate that she was in the Hypercube for just six minutes and fifty-nine seconds. It was an experiment used for quantum teleportation.

The original screenplay written by Sean Hood, which was subsequently rewritten by producer Ernie Barbarash, had a substantially different plot, theme, and characters, as well as a set of over 70 production illustrations, which visualized quite different traps, environments, and four-dimensional concepts.[3]

Cube 2: Hypercube holds a rating of 45% on Rotten Tomatoes.[5] Reviews are mixed, with Sci-Fi Movie Page and Film Threat giving positive ratings for the movie,[6][7] and sites such as JoBlo.com and DVD Verdict panning it.[8][9] EfilmCritic.com wrote that "while the acting isn't quite top-shelf, the cast is still serviceable enough to carry the increasing claustrophobia and confusion that sets in, and they're all quite likable in their own B movie way."[10]

Bloody Disgusting wrote, "With pacing that's snail-like slow at times mixed with the horrid FX and lack of unique kill scenes, the film falls way short of my expectations, especially after waiting six years! But if you are a big fan of the first Cube, and expect a little less, you will enjoy Cube 2: Hypercube."[11] 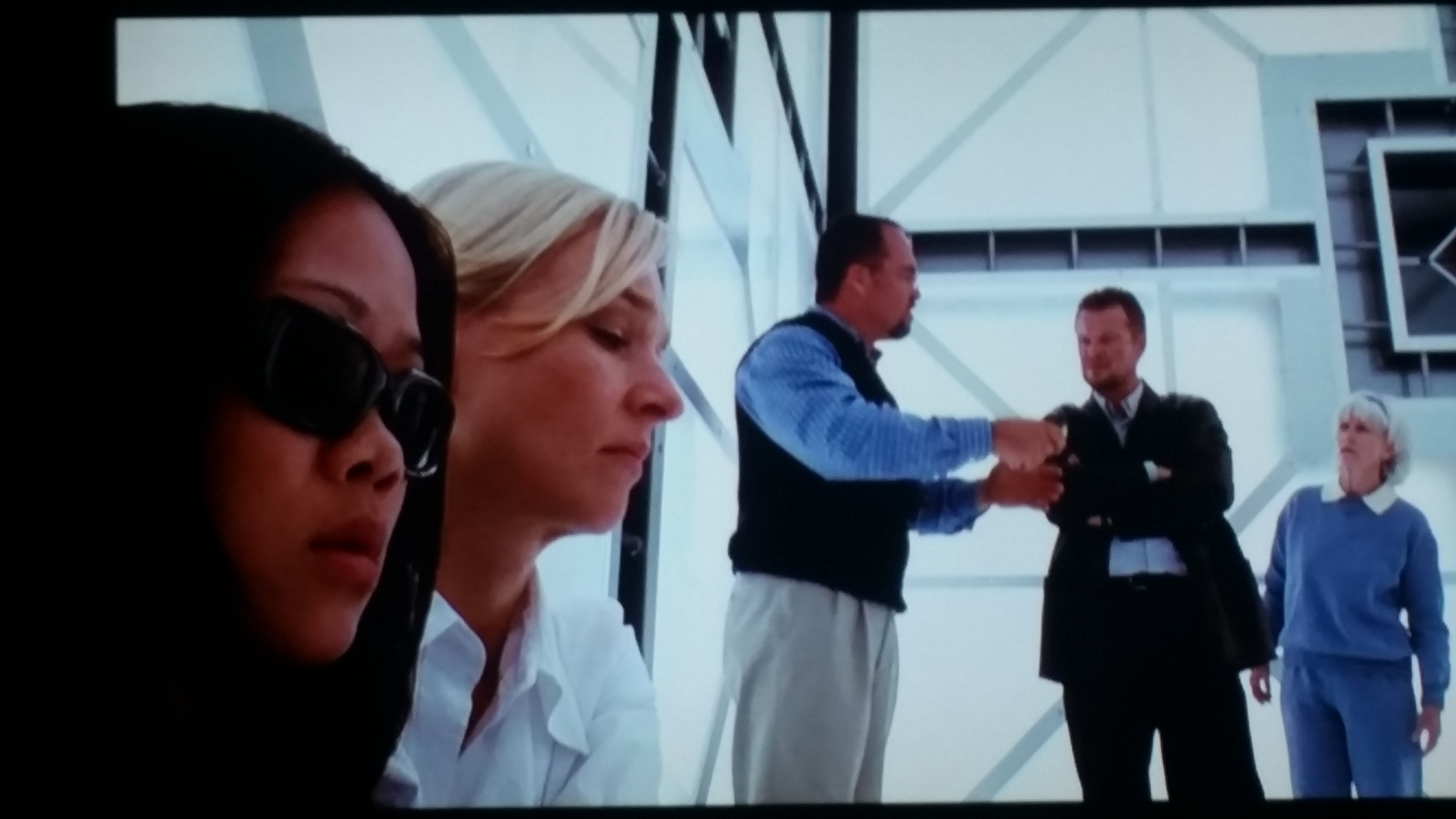 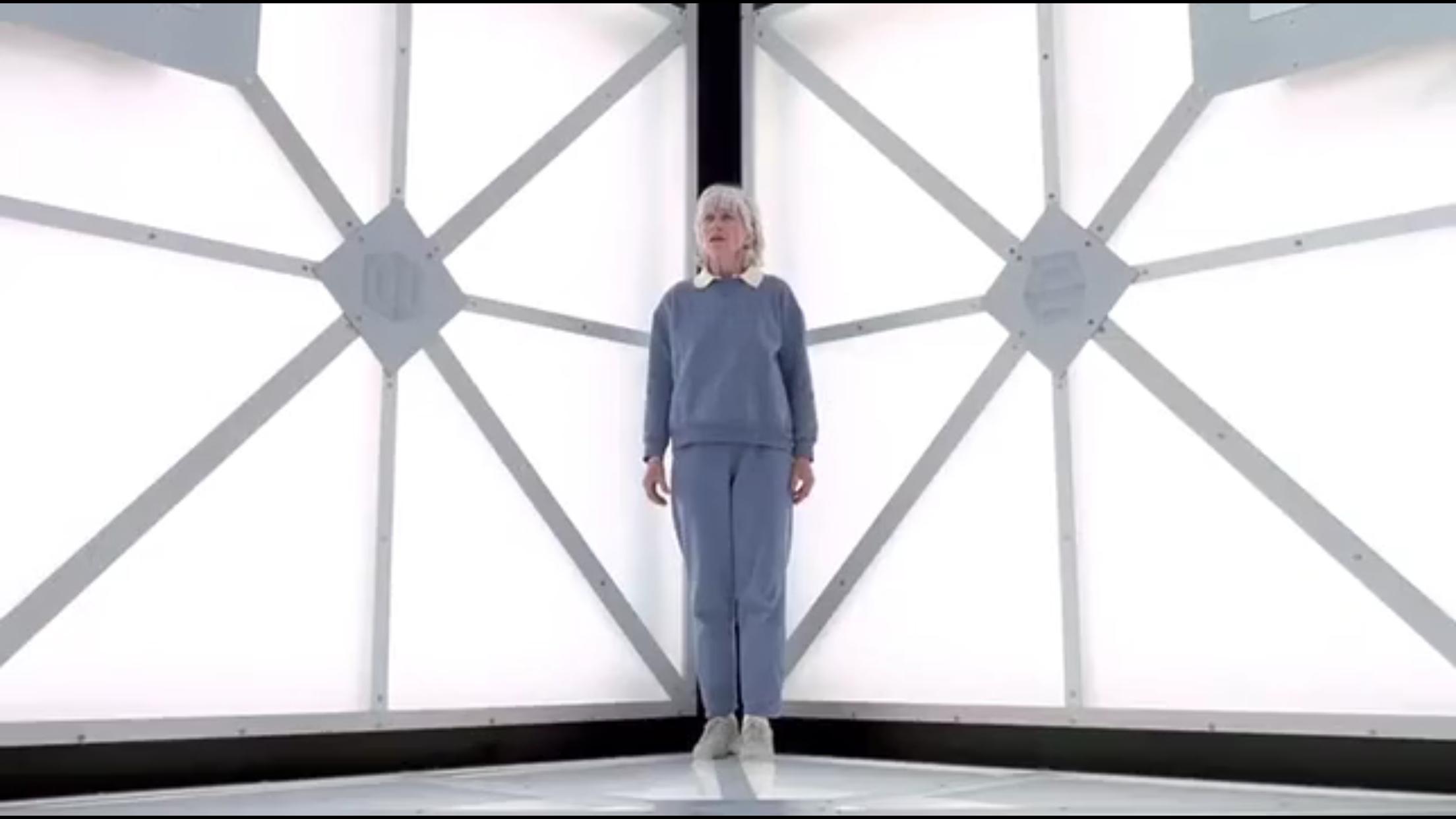 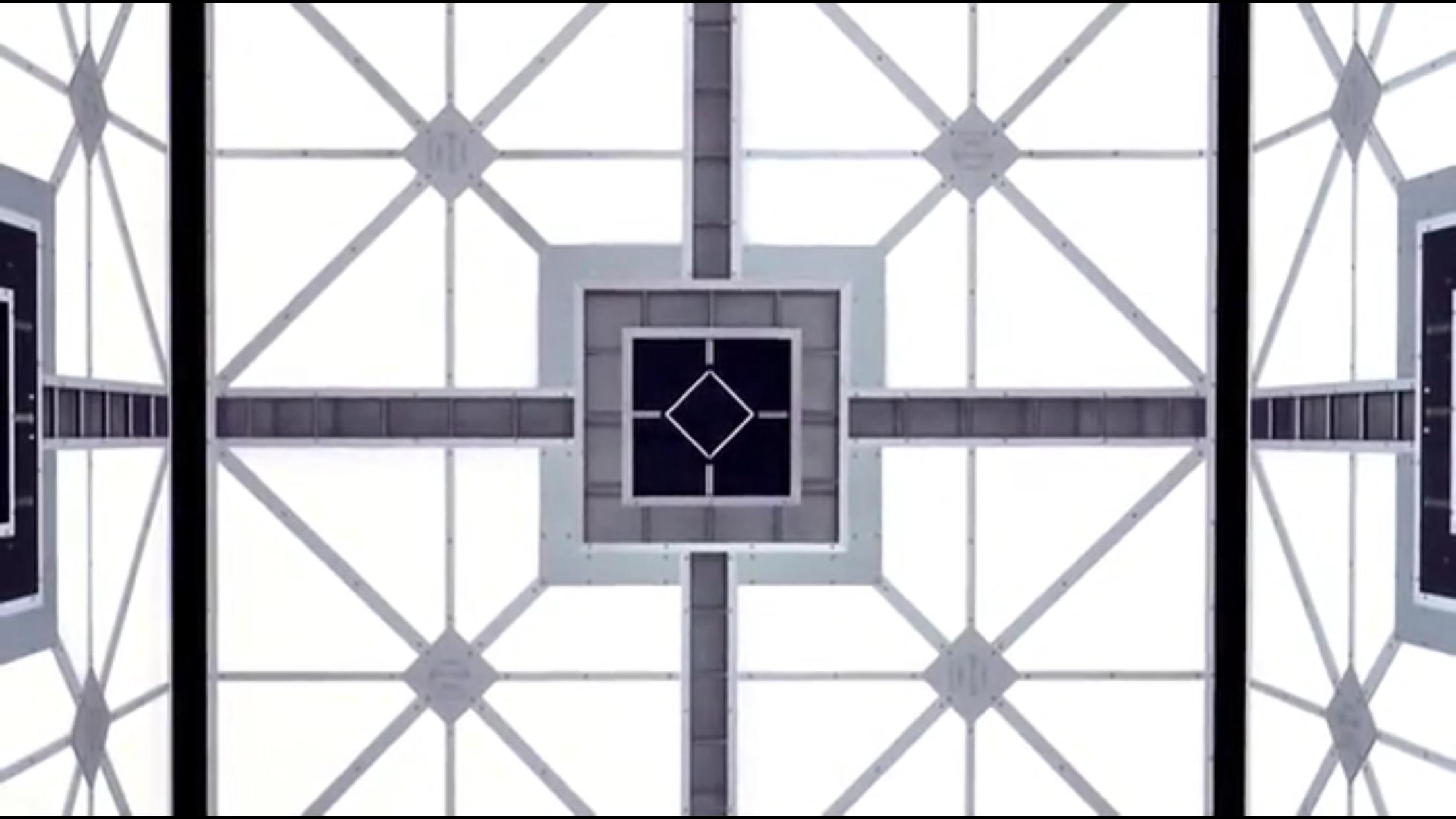 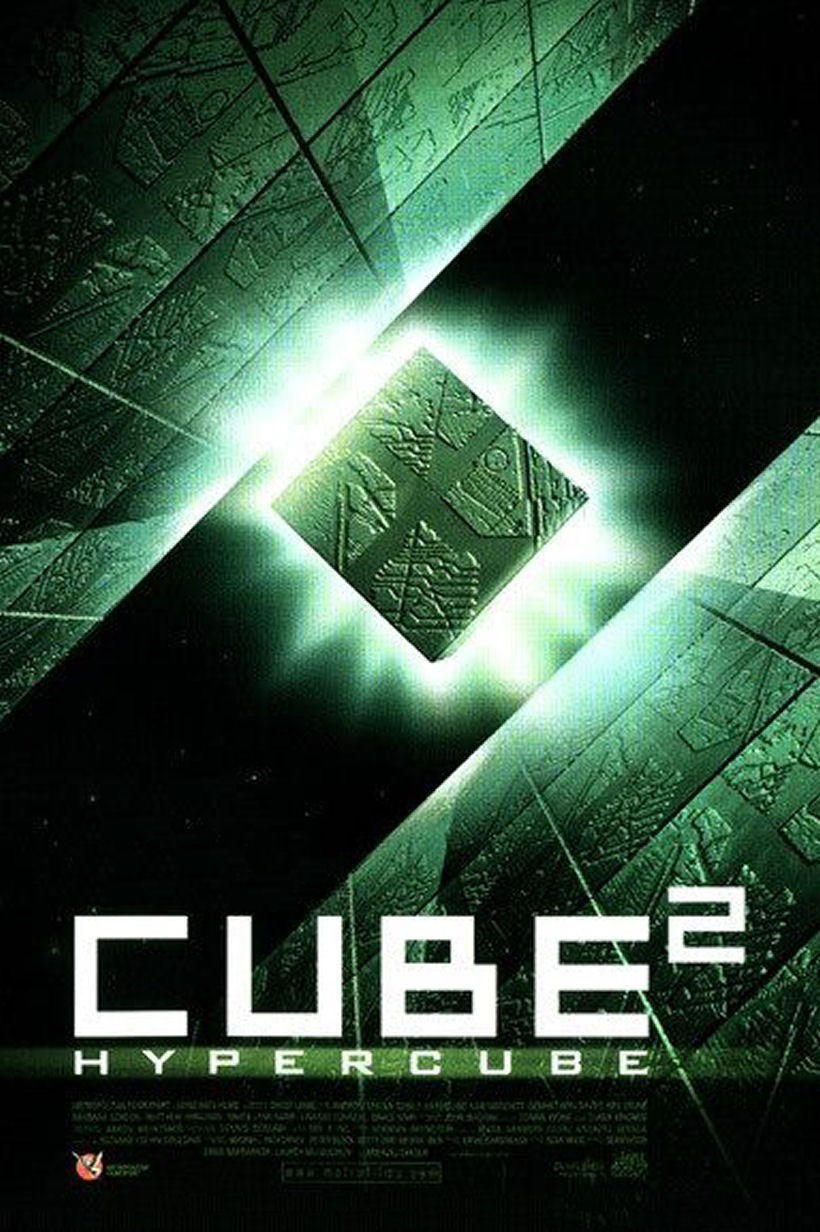 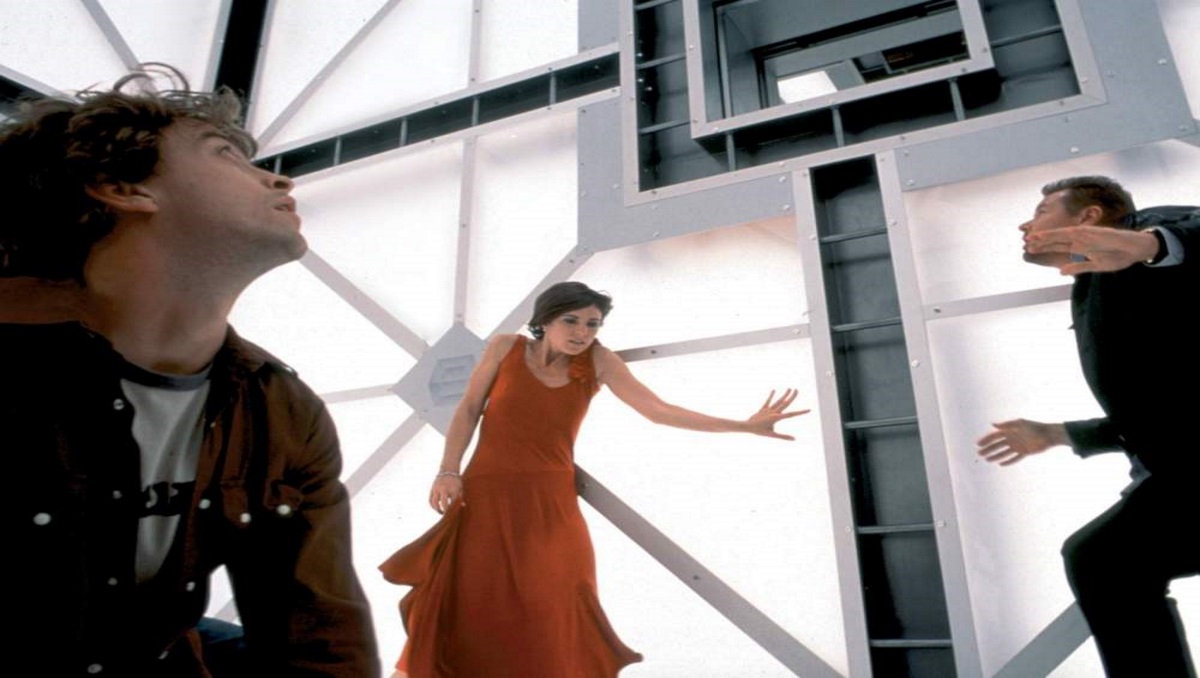 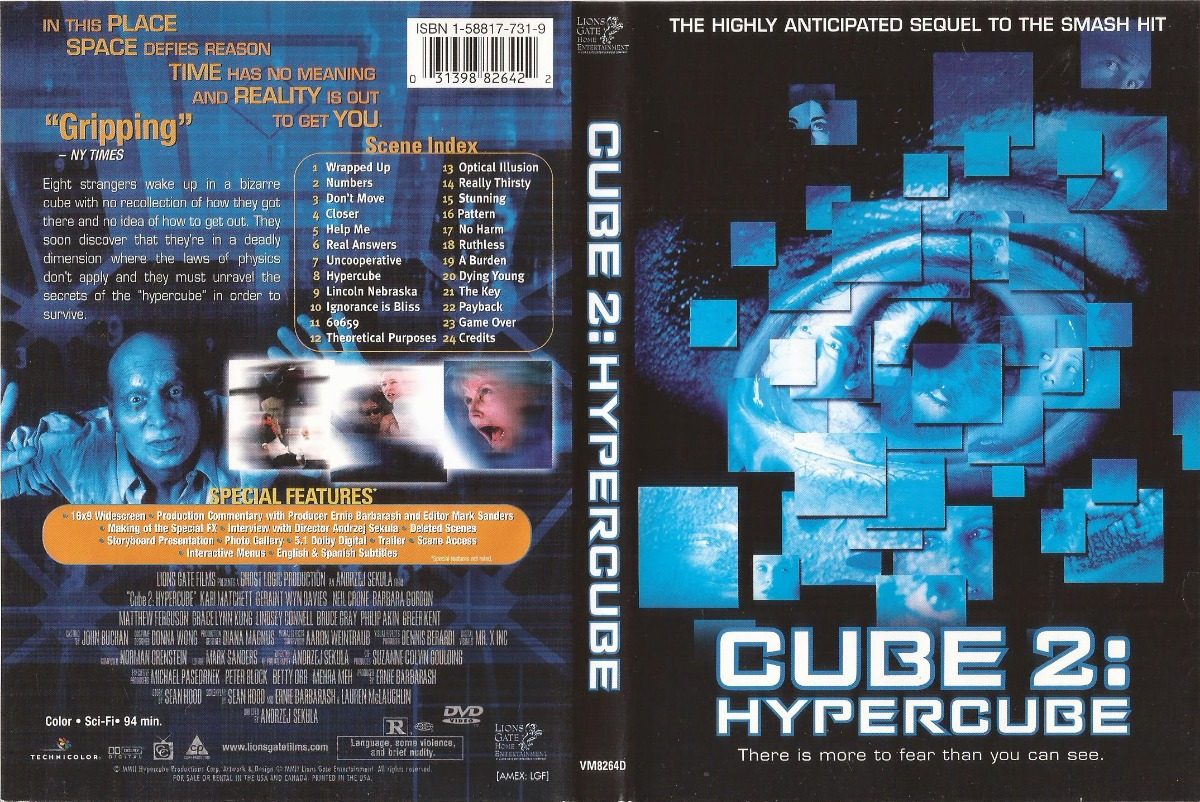 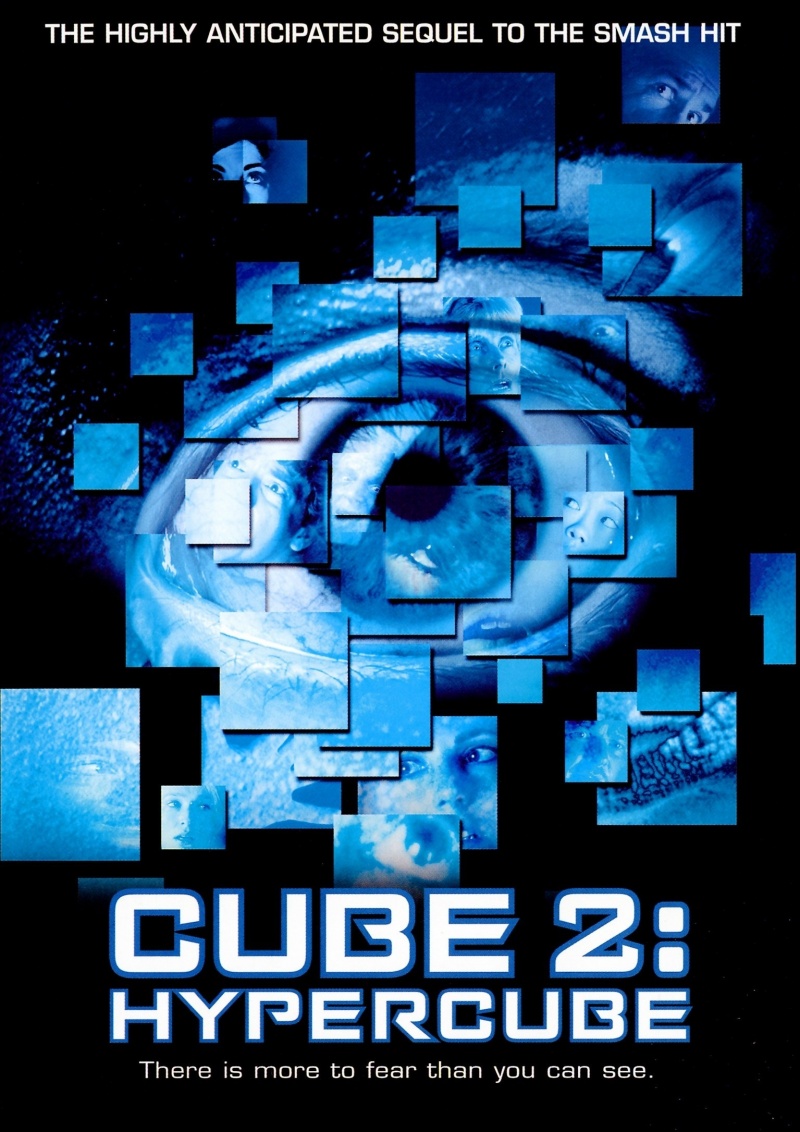 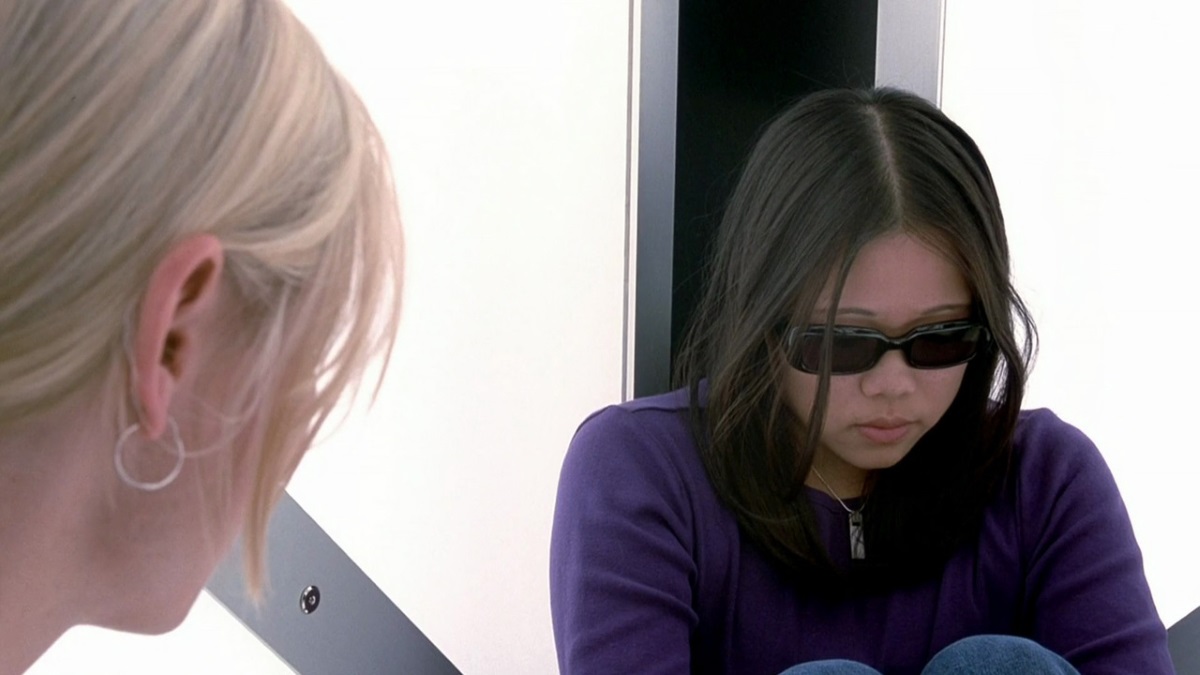 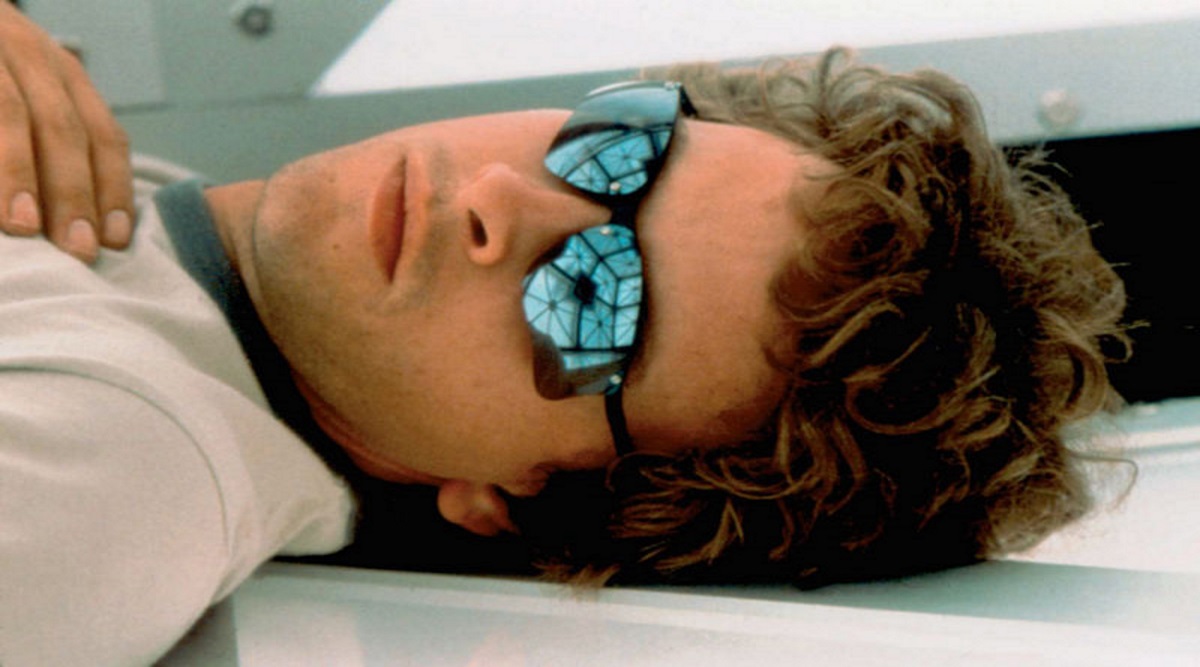 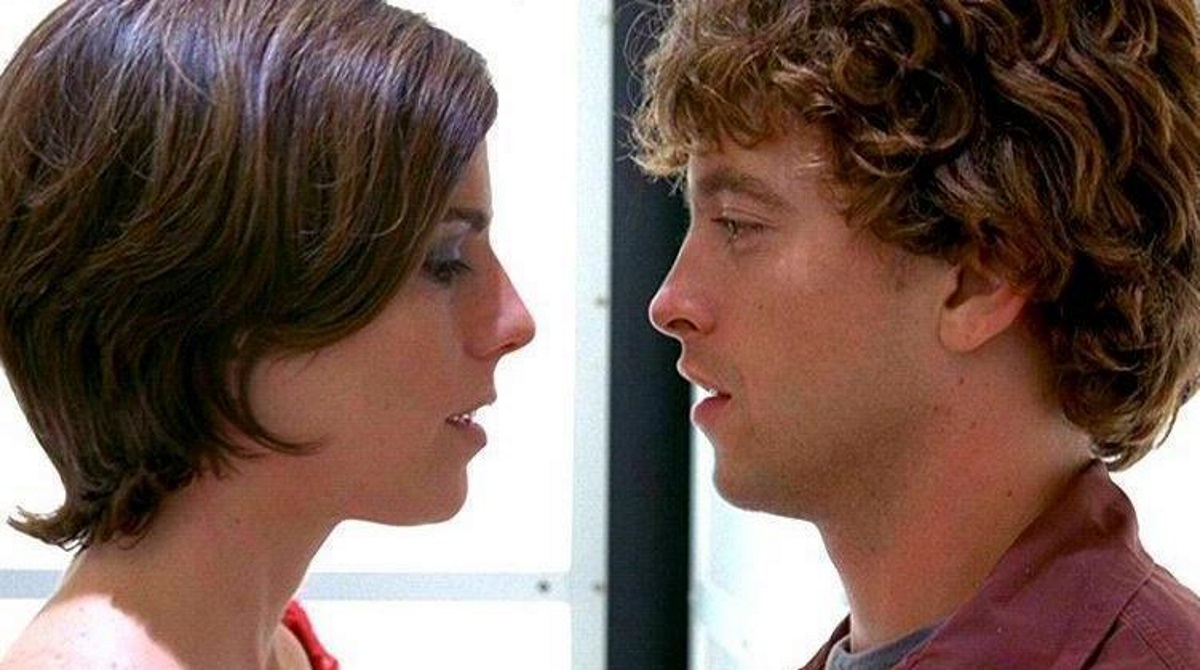 Description: Eight Strangers wake up in a bizarre cube with no recollection of how they got there and no idea of how to get out. They soon discover that they’re in a deadly dimension where the laws of physics don’t apply and they must unravel the secrets of the “hypercube” in order to survive.