Minions Stuart, Kevin and Bob are recruited by Scarlet Overkill, a super-villain who, alongside her inventor husband Herb, hatches a plot to take over the world.

Minions is a 2015 American computer-animated comedy film produced by Illumination Entertainment and distributed by Universal Pictures. It is the spin-off prequel and the third installment overall in the Despicable Me franchise. Directed by Pierre Coffin and Kyle Balda, written by Brian Lynch, and produced by Chris Meledandri and Janet Healy, the film stars the voices of Coffin as the Minions (including Kevin, Stuart, and Bob), Sandra Bullock, Jon Hamm, Michael Keaton, Allison Janney, Steve Coogan, Jennifer Saunders, and is narrated by Geoffrey Rush.

Minions are small, yellow creatures who have existed since the beginning of time, evolving from yellow single-celled organisms into beings which exist only to serve history's most evil masters. After rolling a Tyrannosaurus into a volcano, getting their caveman leader eaten by a bear, crushing a Pharaoh under a pyramid after constructing it upside-down, exposing Count Dracula to sunlight, and accidentally firing a cannon at Napoleon while in Russia, the Minions are driven into isolation and start a new life in a massive cave. After many years, the Minions become depressed and unmotivated without a master to serve. To regain their dignity and sense of purpose, Kevin recruits Stuart and Bob, setting out to look for a new master.

In 1968, the three journey to New York City, where they end up in a department store for the night, and accidentally discover a hidden commercial broadcast for villains advertising Villain-Con; a convention for all villains and supervillains in Orlando. The three eventually hitchhike a ride with the Nelson family and impress them with their accidental villainy after being chased by the police as a result of a robbery committed by the Nelsons. At the convention, they see Scarlet Overkill, an incredibly famous and popular female supervillain who unexpectedly hires them and takes them to her home in England. They phone the rest of the Minions to get them to join. Scarlet plans to steal the Imperial State Crown from Queen Elizabeth II and promises to reward the Minions if they steal it, and kill them if they do not. Her husband, Herb, supplies them with inventions to aid in the heist, but they are nearly caught when they break into the Tower of London. The chase leads to Bob accidentally crashing into the Sword in the Stone by pulling it free to defend himself and his friends, causing Bob to remove the Queen from the throne and becoming King Bob. Enraged that somebody else accomplished her dream of stealing the throne, Scarlet confronts the Minions, so Bob abdicates the throne in her favor. Undeterred, Scarlet imprisons the three in a dungeon before her coronation and Herb attempts to torture the trio, but they escape with the intention to apologize to Scarlet.

After making their way to Westminster Abbey, Stuart and Bob interrupt the coronation by inadvertently dropping a chandelier on Scarlet, who catches them, and orders their execution having survived. Dozens of villains chase them during a thunderstorm; Kevin goes into a pub, where the Queen hangs out. He sees Scarlet on a television, promising that she will kill Stuart and Bob if Kevin does not show up by dawn. With the villains still searching for him, Kevin sneaks into Scarlet's castle to steal weapons, and accidentally triggers a machine Herb was building and grows into a gigantic Minion, destroying the castle. Kevin tramples through London, rescues his friends and battles Scarlet just as the other Minions turn up in London. Scarlet tries to eradicate them by firing a massive missile, and Kevin swallows it. Scarlet and Herb attempt to escape with her rocket dress only for Kevin to hold onto it and get pulled into the sky. The missile finally explodes, seemingly killing Kevin, Scarlet, and Herb. As the Minions mourn the loss of their leader, Kevin survives and returns to his normal size.

The Queen gets her throne and crown back. She rewards Bob with a tiny crown for his teddy bear, Stuart with an electric guitar (that he wrecks whilst playing), and Kevin with a knighthood. The still alive Scarlet and Herb try to steal the crown again, but are frozen by a young Gru flees with the crown on a rocket-powered motorbike, the Minions run after him, deciding he is the boss they were looking for. 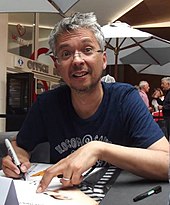 Universal Pictures and Illumination Entertainment first announced in July 2012, that the Minions from the franchise would get their own spin-off film, scheduled for a 2014 release.[10] Brian Lynch was asked to write the film's screenplay, due to his prior work writing for the theme park ride Despicable Me Minion Mayhem.[11] Pierre Coffin became director again with newcomer Kyle Balda as the co-director, marking the first film in the franchise where Chris Renaud is not a director. Art director, Eric Guillon returned for the film.

In February 2013, Sandra Bullock joined the cast to voice Scarlet Overkill,[5] with Jon Hamm joining two months later as her husband Herb Overkill.[6] In March 2015, Allison Janney was reported to cast as Madge Nelson.[8] Pierre Coffin, the film's director, reprised his role as the Minions. This is one of the films in the franchise in which Coffin is the sole actor and the first film where Chris Renaud doesn't serve as a director, but an executive producer. Kyle Balda served as an co-director along with Coffin.

Jennifer Saunders voices Elizabeth II when the Minions try to steal the Imperial State Crown to become the henchmen of Scarlett Overkill.

The film was foreshadowed in the mid-credits scene of Despicable Me 2 (2013), where Kevin, Stuart, and Bob, three of the Minions and the film's main characters, are seen auditioning for the film.[12][13]

The official soundtrack for the film was released on July 10, 2015, by Back Lot Music. The soundtrack also features the film's original music, composed by Heitor Pereira.[14][15]

All music is composed by Heitor Pereira.

Universal's parent company, Comcast, and its partners spent $593 million in advertisements and promotion, across all media and platforms.[16] Universal spent a total of $26.1 million on television advertisements for the film.[17] Universal described the promotional campaign as the "largest and most comprehensive" in its history.[18]

McDonald's release Happy Meals for the film between June and July 2015.[19][20] A series of comics and graphic novels based on the film is being published by Titan Comics.[21] The series includes four comic book issues, two digest collections, two hardcover editions, and a paperback collection.[21] Drawn by Didier Ah-koon and Renaud Collin, the series launched in June, with the release of the first issue of the Minions comic book and the first digest collection.[21] In April, Pantone announced the creation of a new official Pantone color, 'Minion Yellow', in partnership with Illumination Entertainment.[22]

Minions had its world premiere at the Odeon Leicester Square in London on June 11, 2015.[23] In the United States, the film premiered on June 27, at the Shrine Auditorium in Los Angeles,[24] and went into general release theatrically on July 10.[25] The film was originally scheduled to be released in the United States on December 19, 2014;[26] however, it was pushed back to July 2015[25] due to Universal's satisfaction with the successful July 2013 release of Despicable Me 2[27] and desire to exploit fully the merchandising potential of a summer film.[25]

Minions was released on Blu-ray and DVD on December 8.[28] The film is accompanied by three short films titled Cro Minion, Competition, and Binky Nelson Unpacified.[29] Upon its first week of release on home media in the U.S., the film topped the Nielsen VideoScan First Alert chart, which tracks overall disc sales, as well as the dedicated Blu-ray sales chart with 63% of unit sales coming from Blu-ray.[30]

Minions grossed $336 million in the United States and Canada, and $823.4 million in other territories, for a worldwide total of over $1.159 billion.[3] Deadline Hollywood calculated the net profit of the film to be $502.34 million, accounting for production budgets, P&A, talent participations, and other costs, with box office grosses, and ancillary revenues from home media, placing it second on their list of 2015's "Most Valuable Blockbusters".[2] Minions became the first non-Disney animated film and the third animated film to gross $1 billion after Toy Story 3 (2010) and Frozen (2013).[31]

On the review aggregator website Rotten Tomatoes, which categorizes reviews only as positive or negative, 55% of 222 reviews are positive, with an average rating of 5.80/10. The website's critical consensus reads, "The Minions' brightly colored brand of gibberish-fueled insanity stretches to feature length in their self-titled Despicable Me spinoff, with uneven but often hilarious results."[43] According to the review aggregator Metacritic, which sampled 35 reviews and calculated a weighted average of 56 out of 100, Minions received "mixed or average reviews".[44] Audiences polled by CinemaScore gave the film an average grade of "A" on an A+ to F scale.[36]

Jesse Hassenger of The A.V. Club gave the film a C, saying "Minions has idiosyncratic roots, but it's a franchise play all the way. Finally, even 5-year-olds have their own movie that mechanically cashes in on something they loved when they were younger".[45] Michael O'Sullivan of The Washington Post gave the film two and a half stars out of four, saying, "I, too, once enjoyed the Minions, in the small doses that they came in. But the extra-strength Minions is, for better or for worse, too much of a good thing".[46] Brian Truitt of USA Today gave the film two and a half stars out of four, saying, "Brian Lynch's screenplay features a series of amusing sight gags and physical comedy that mostly hits; watching the Minions play polo while riding Corgis is an exercise in cuteness".[47] Tom Russo of The Boston Globe gave the film two stars out of four, saying, "Impressive as it is that the filmmakers get so much comedic mileage out of their characters' half-intelligible prattling, the conventional dialogue is bafflingly flat".[48] Manohla Dargis of The New York Times said, "While Minions explores nominally new narrative ground, it folds neatly into a series that now includes two features, various shorts, books, video games, sheet music and a theme park attraction. So, you know, different but also the same".[49]

Tom Long of The Detroit News gave the film a B, saying "Minions is every bit as cute as it's supposed to be, a happily empty-headed animated frolic that rarely pauses to take a breath".[50] Peter Travers of Rolling Stone gave the film two stars out of four, saying, "It's not whether this prequel can mint money; that's a given. The questions is: Can the minions carry a movie all by their mischievous mini-selves? 'Fraid not".[51] Kerry Lengel of The Arizona Republic gave the film two-and-a-half stars out of five, saying, "Despite the dizzying pace of carefully calibrated incongruities, Minions somehow never generates more than the occasional chuckle".[52] Christopher Orr of The Atlantic said, "There's plenty of high-velocity comic inanity on display to keep kids happily diverted. But the movie's major flaw is an extension of its own premise: Search as they may, the minions never find a villain worthy of their subservience".[53] Liam Lacey of The Globe and Mail gave the film two stars out of four, saying, "With its episodic stream of slapstick gags, Minions has moments of piquant absurdity, but mostly its shrill-but-cutesy anarchy works as a visual sugar rush for the preschool set".[54]

NONTON FILM BIOSKOP ONLINE  How to Train Your Dragon: The Hidden World (2019)

The spin-off sequel, titled Minions: The Rise of Gru, will be directed by Kyle Balda, with Brad Ableson and Jonathan del Val co-directing it,[61] and is scheduled to be released on July 1, 2022.[62] 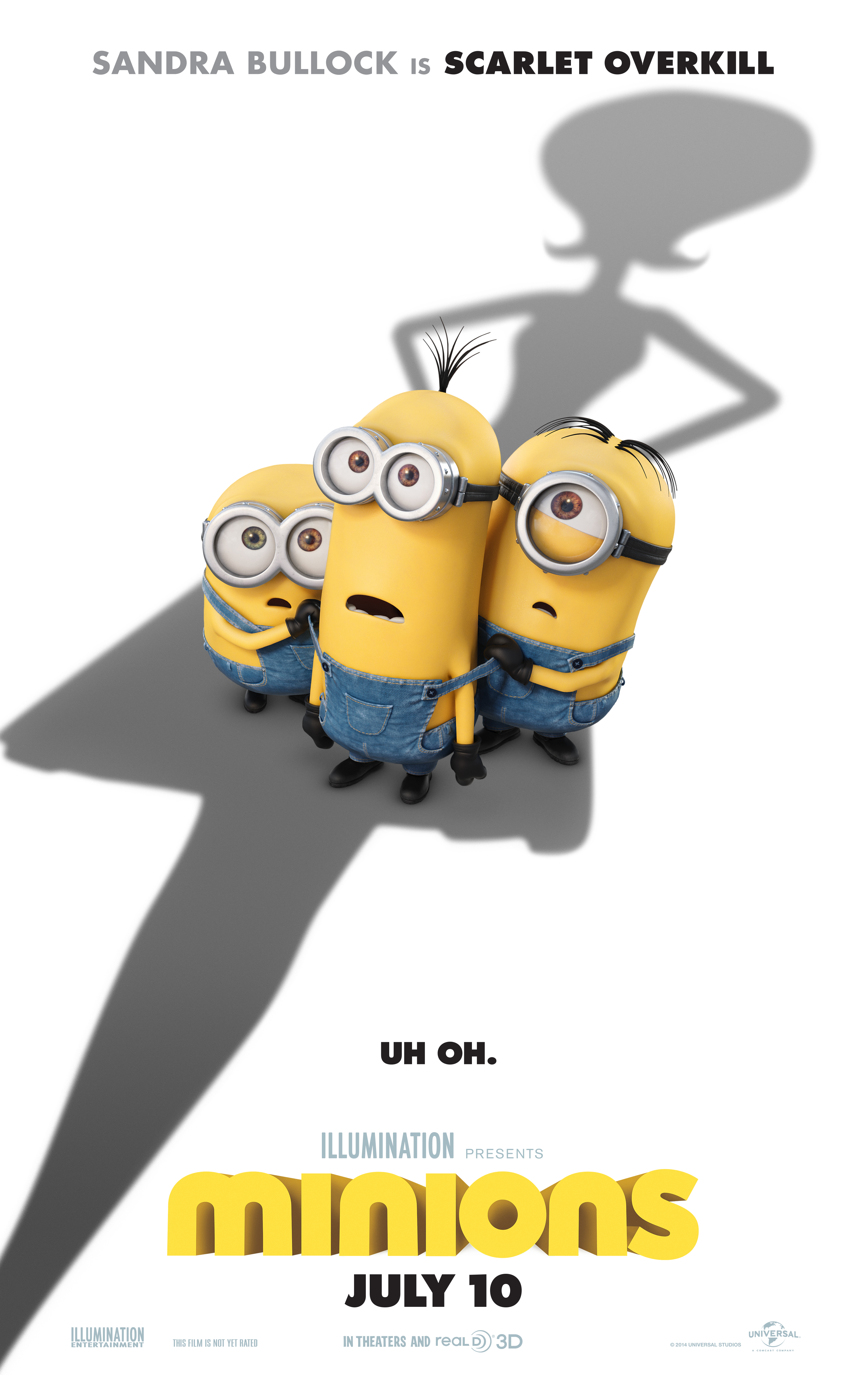 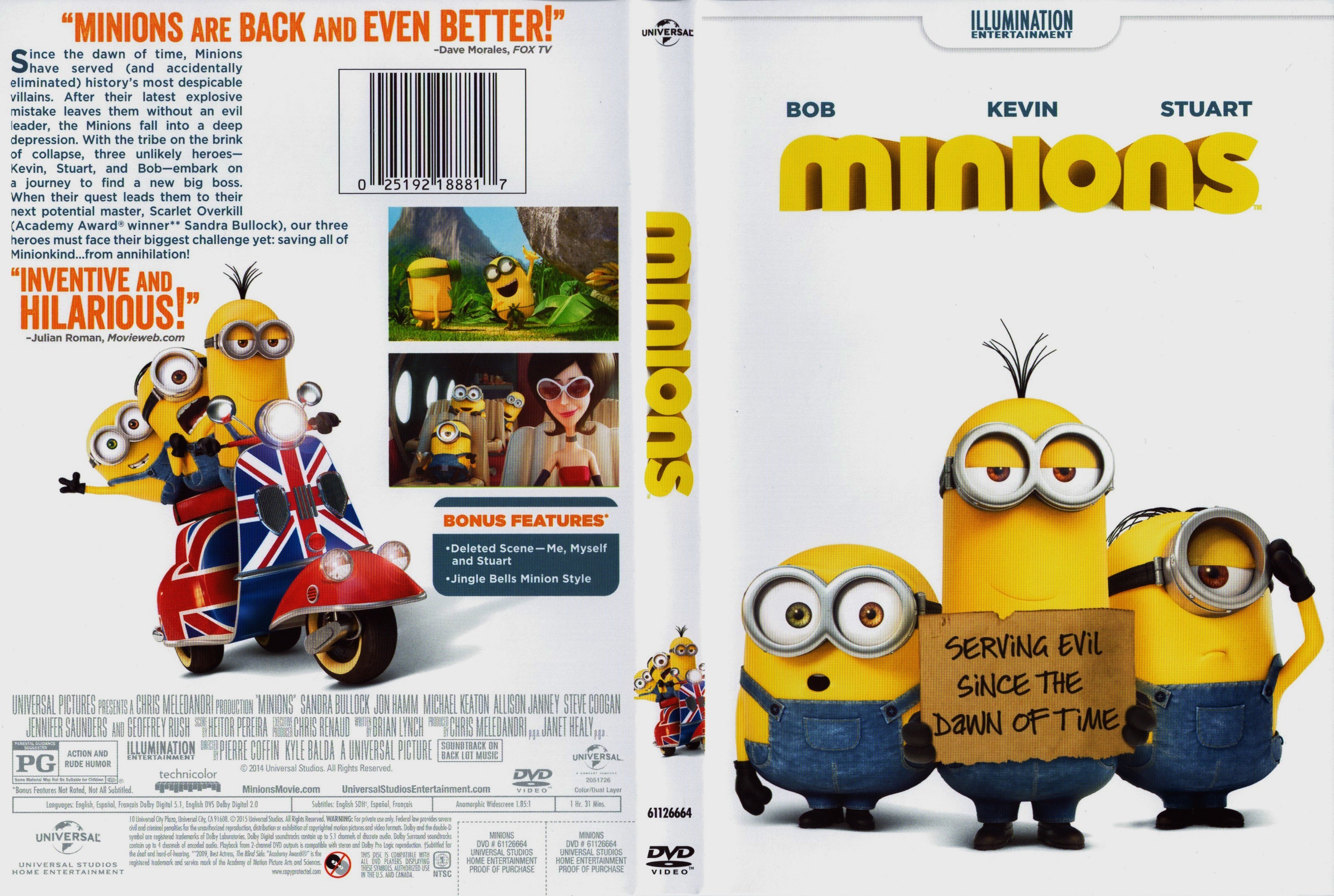 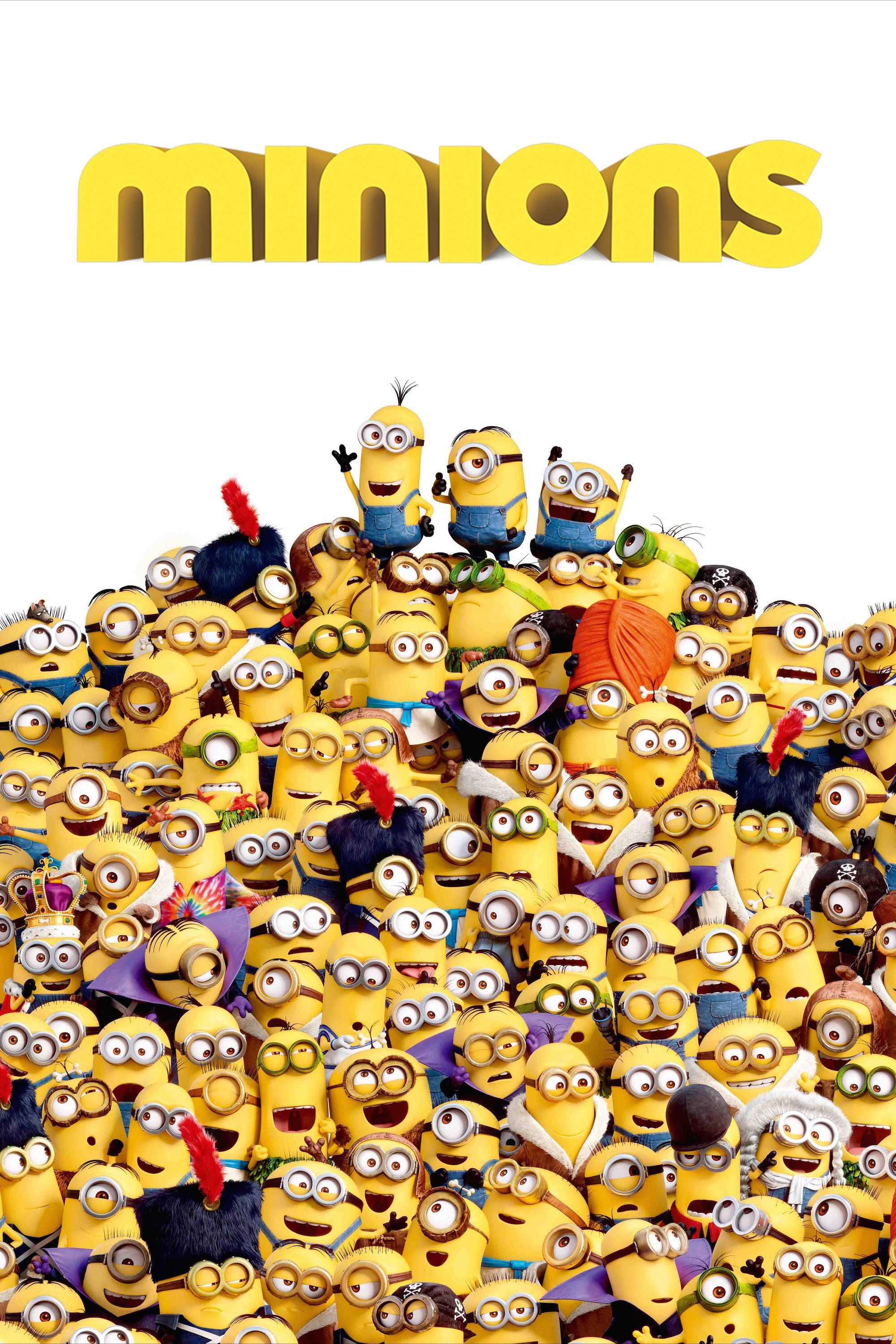 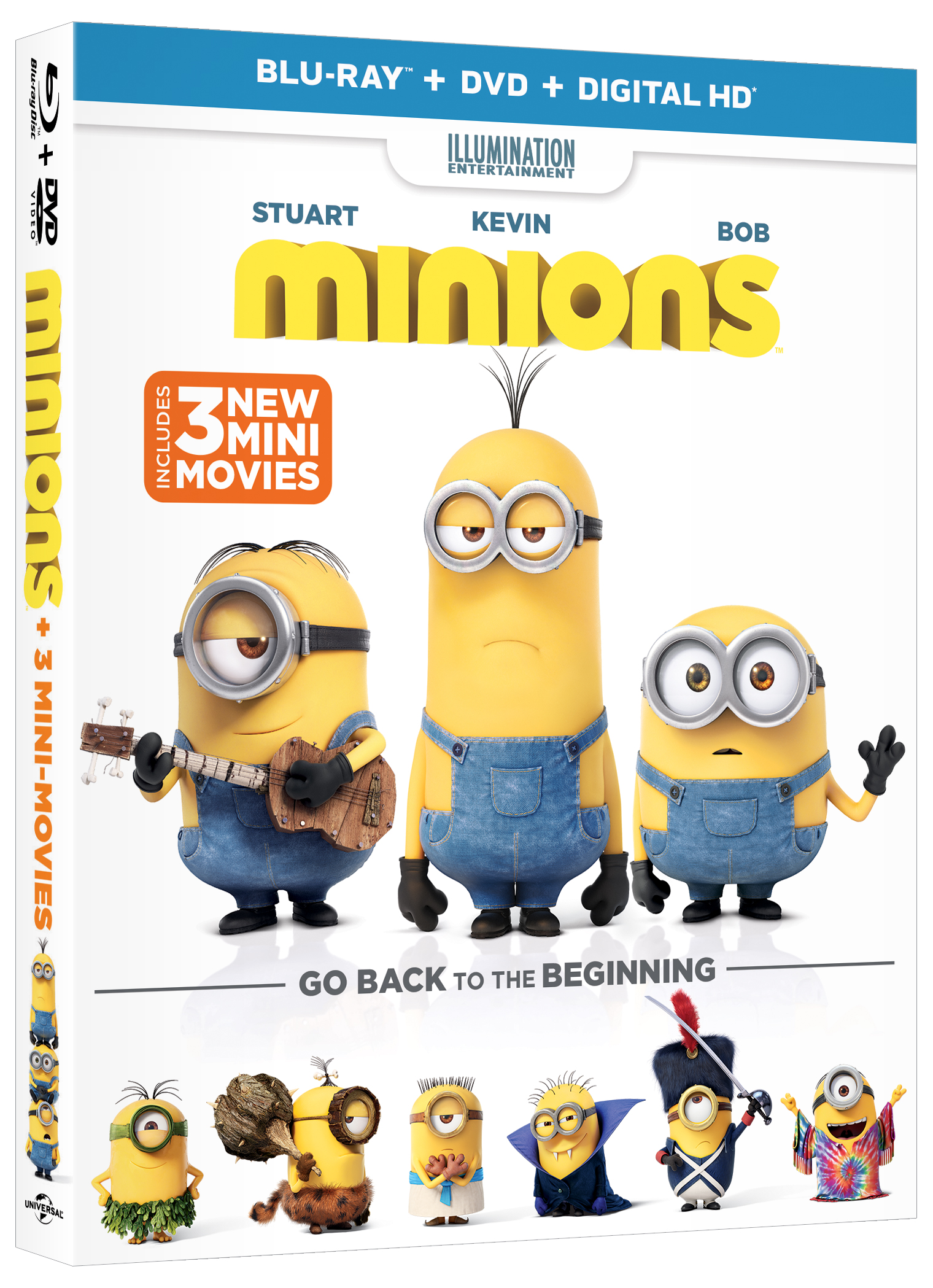 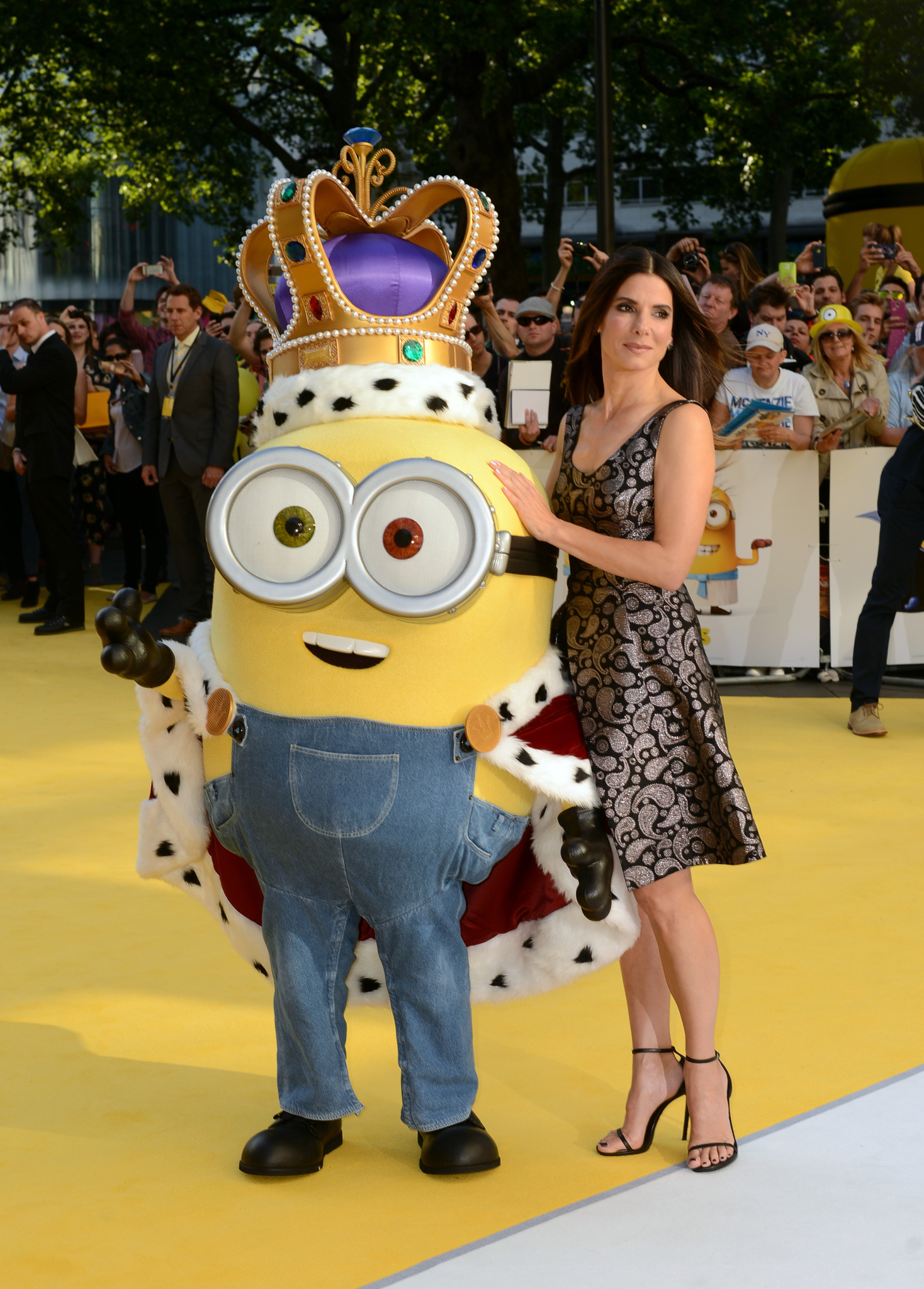 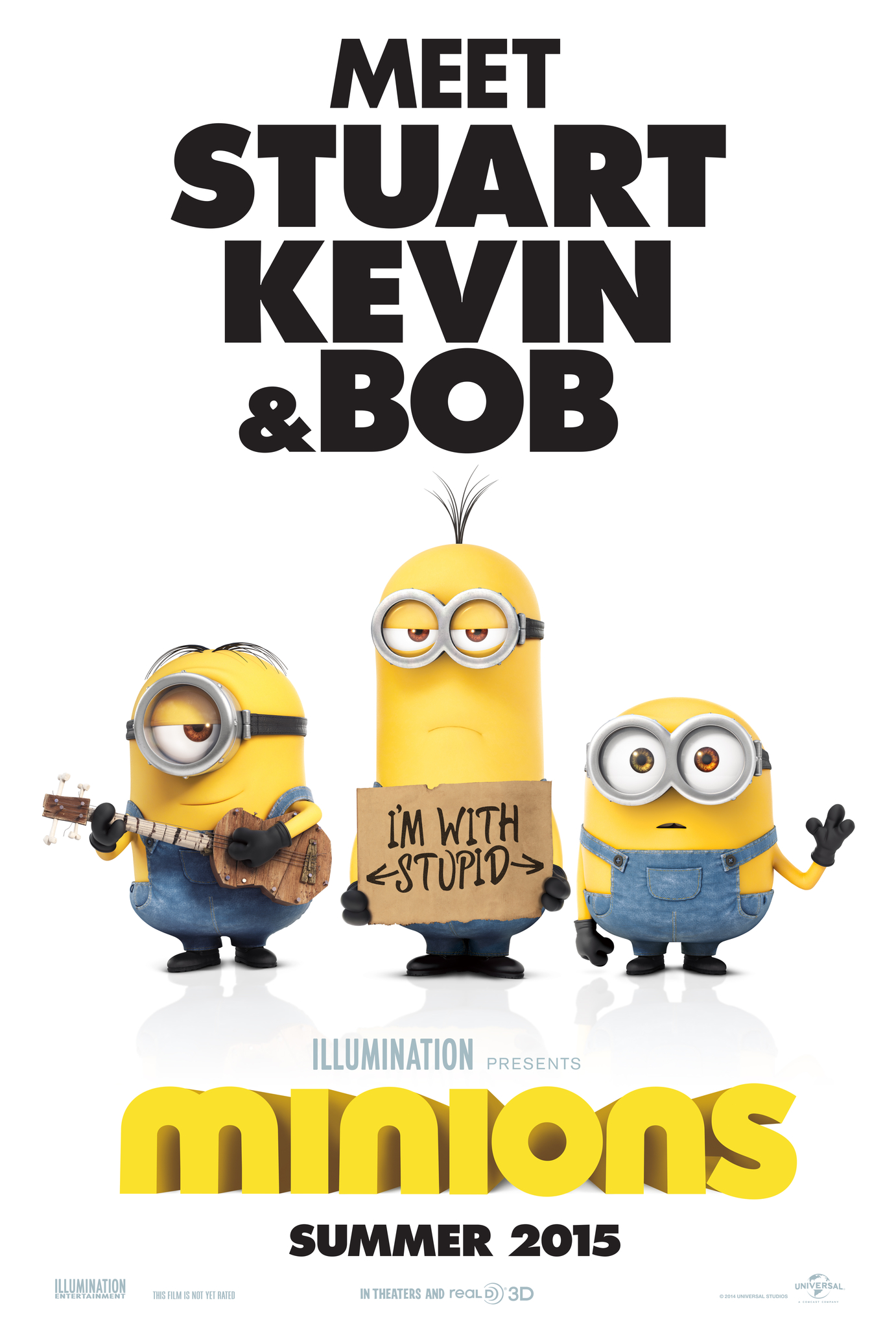 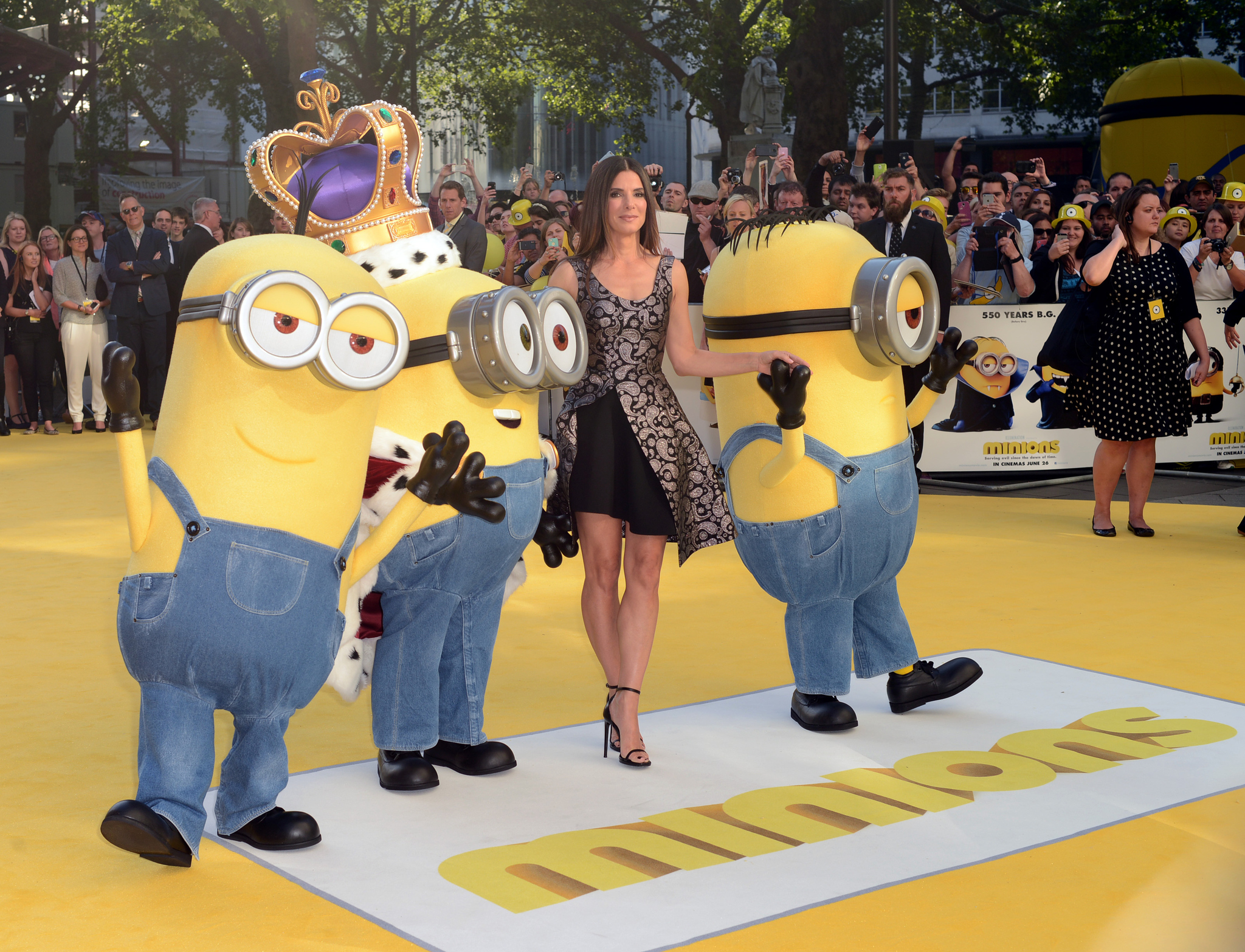 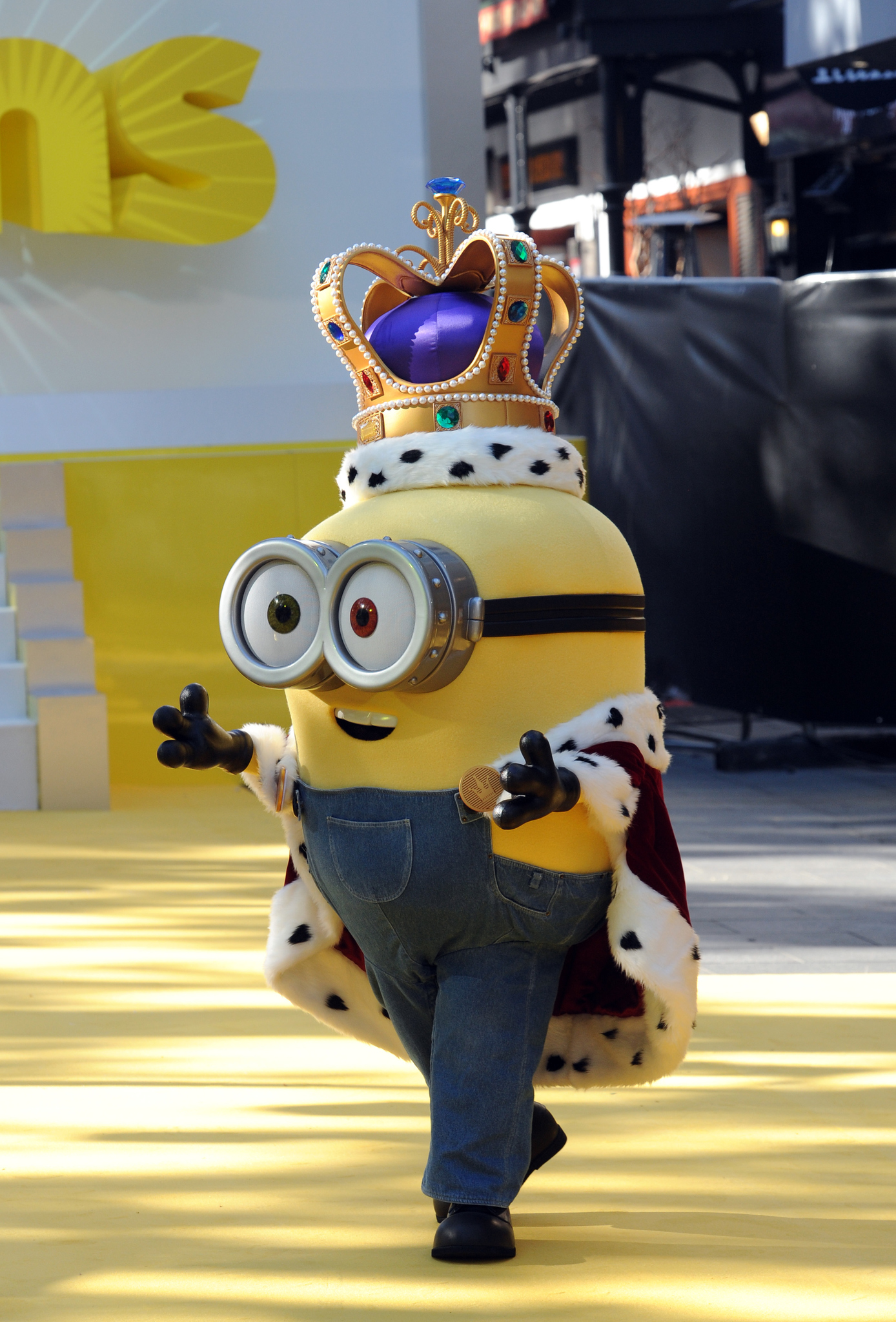 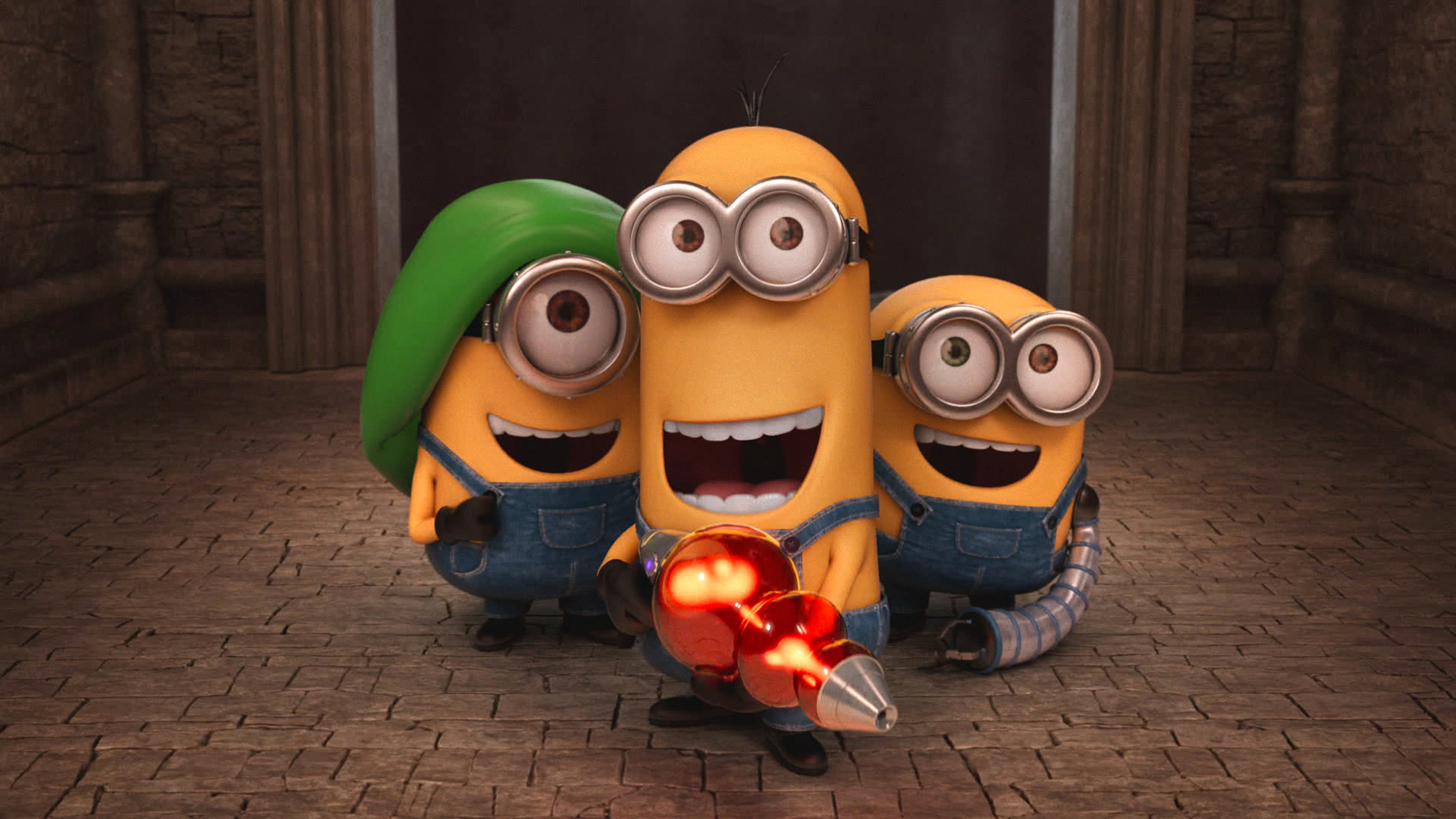