Outside the Wire is a 2021 American science fiction action film directed by Mikael Håfström. It stars Anthony Mackie (who also produced) as an android officer who works with a drone pilot (Damson Idris) to stop a global catastrophe. Emily Beecham, Michael Kelly, and Pilou Asbæk also star. The film was released by Netflix on January 15, 2021, and received mixed reviews from critics.

In 2036, a civil war between pro-Russian insurgents and local resistances in Ukraine leads the US to deploy peacekeeping forces. During an operation, a team of United States Marines and robotic soldiers, individually referred to by the acronym "G.U.M.P.", are ambushed. Disobeying an order, drone pilot 1st Lt. Harp deploys a Hellfire missile in a drone strike against a suspected enemy launcher, killing two Marines but saving 38. As punishment, Harp is sent to Camp Nathaniel, the US base of operations in Ukraine where he is assigned to Captain Leo, a highly advanced and experimental android super-soldier masquerading as a human officer.

Harp and Leo set out on a mission to prevent terrorist Victor Koval from gaining control of a network of Cold War–era nuclear missile silos, under the cover of delivering vaccines to a refugee camp. On the way, they respond to a reported attack on a friendly aid truck, resulting in a stand-off between the Marines and armed locals. After a G.U.M.P. shoots a local who threw a rock at the G.U.M.P., Captain Leo negotiates a peaceful solution by giving the locals the contents of the aid truck. However, pro-Russian insurgents ambush the locals and Marines, leading to a firefight. This forces Leo and Harp to travel to the refugee camp on foot, while the Marines remain behind to engage the insurgents.

After arriving at the refugee compound, Leo and Harp are shot at by an insurgent, who kills some civilians. Leo tortures the insurgent for information, before leaving him to be killed by the gathered mob. Leo and Harp meet their contact Sofiya, a resistance leader. Sofiya leads them to an arms dealer who knows the location of a bank vault containing nuclear launch codes that Koval is looking for. Harp and Leo travel to the bank and are met by Koval's forces which include several G.U.M.P.s. While Harp helps rescue civilians caught in a crossfire between US and Russian G.U.M.P.s, Leo retrieves the codes but cannot find Koval. A drone strike called in by Eckhart destroys the bank and several buildings, leading the military command to believe both Koval dead and Leo destroyed.

Harp reunites with Leo who tells him that he has his own plans for the codes, and has been manipulating Harp into helping him evade the eye of military command. He knocks out Harp and leaves him on the side of the road where he is picked up by Sofiya's men. Leo meets with Koval to give him the codes but kills him when Koval refuses to give Leo access to a nuclear missile silo. Harp informs Sofiya and his commander of Leo's actions, and they realize that Leo is planning to launch the nuclear missiles to strike the United States, in order to prevent them from fighting more wars in the future. Harp volunteers to infiltrate the silo and finds Leo has taken over. He disables Leo but not before Leo initiates the launch of a missile, explaining that his goal was for the android super-soldier program to end in failure. Harp escapes as the silo is destroyed by a drone strike before the missile can launch; destroying Leo. Harp returns to Camp Nathaniel and receives praise from his commander, who informs him that he is returning home. Harp then leaves the base.

The film was announced in June 2019, with Anthony Mackie set to star and produce, and Mikael Håfström to direct.[2] Damson Idris and Emily Beecham joined the cast the following month.[3] Michael Kelly and Pilou Asbæk signed on later.[4] Filming began around Budapest in August 2019, lasting eight weeks.[5]

Outside the Wire was released by Netflix digitally on January 15, 2021.[6][4] The film was the most-watched on the platform over its debut weekend.[7] On April 20, 2021, Netflix reported that the films was watched by 66 million of households during its first quarter.[8]

On review aggregator Rotten Tomatoes, the film holds an approval rating of 36% based on 85 reviews, with an average rating of 4.9/10. The website's critics consensus reads, "A serviceable sci-fi diversion, Outside the Wire packs enough action to keep viewers watching – even if they aren't likely to remember much later."[9] According to Metacritic, which calculated a weighted average score of 45 out of 100 based on 15 critics, the film received "mixed or average reviews".[10]

David Ehrlich of IndieWire gave the film a grade of C and wrote that "...the result of [the screenwriters'] efforts is a high-concept slab of 'Netflix movie of the week' sci-fi that wrestles with some big questions about the future of modern warfare via a conceit that borders dangerously close to Chappie."[11] 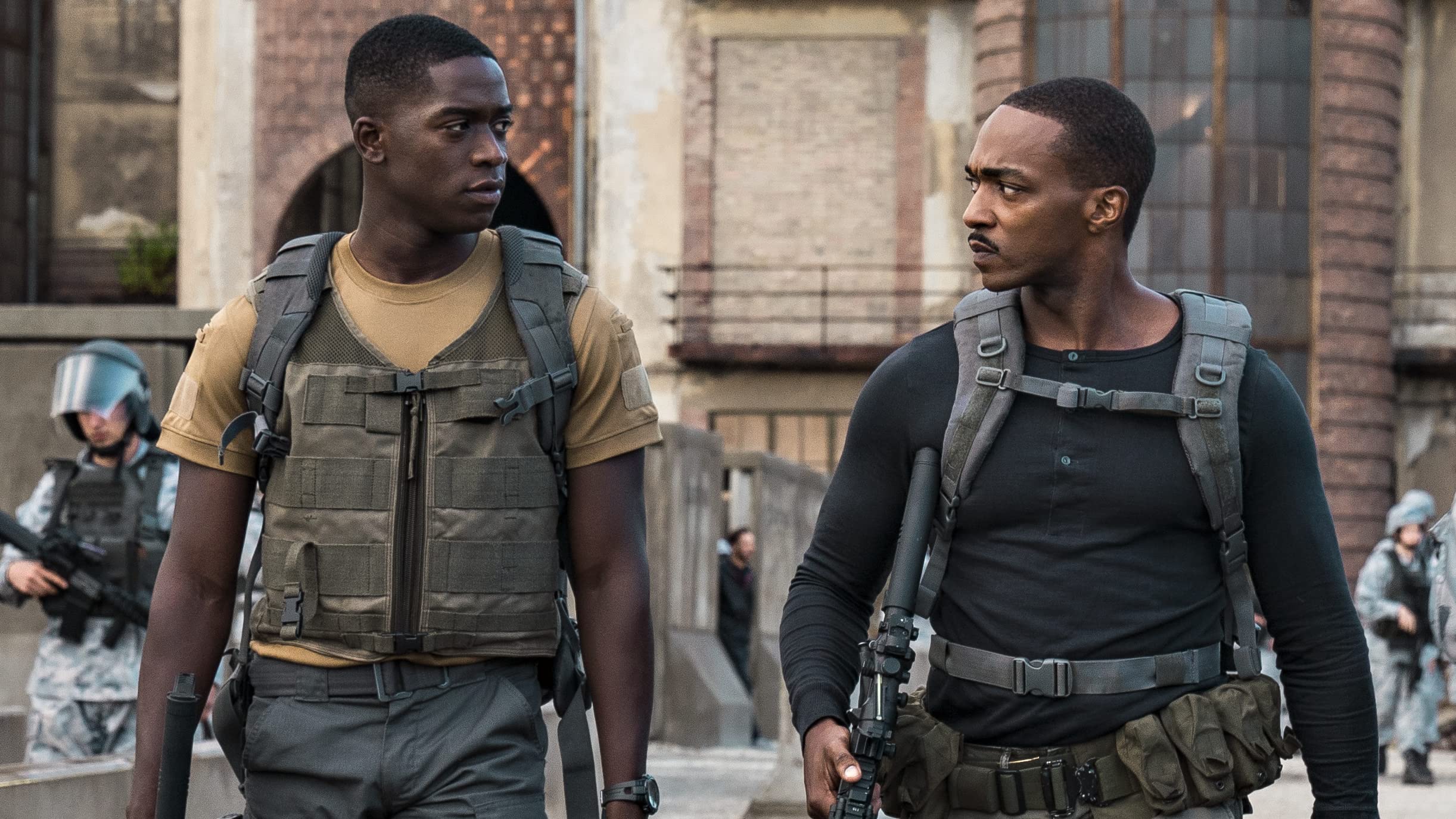 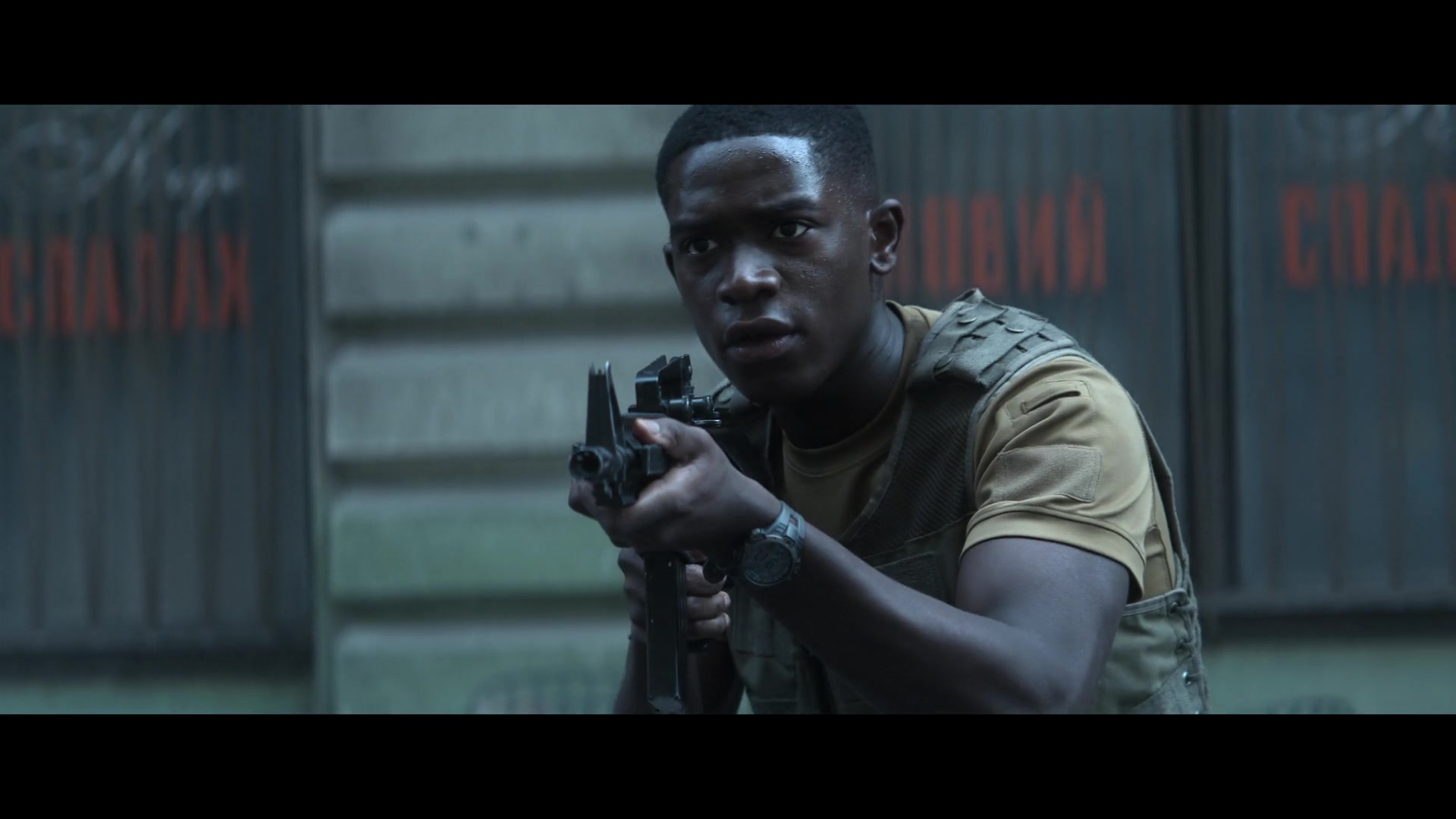 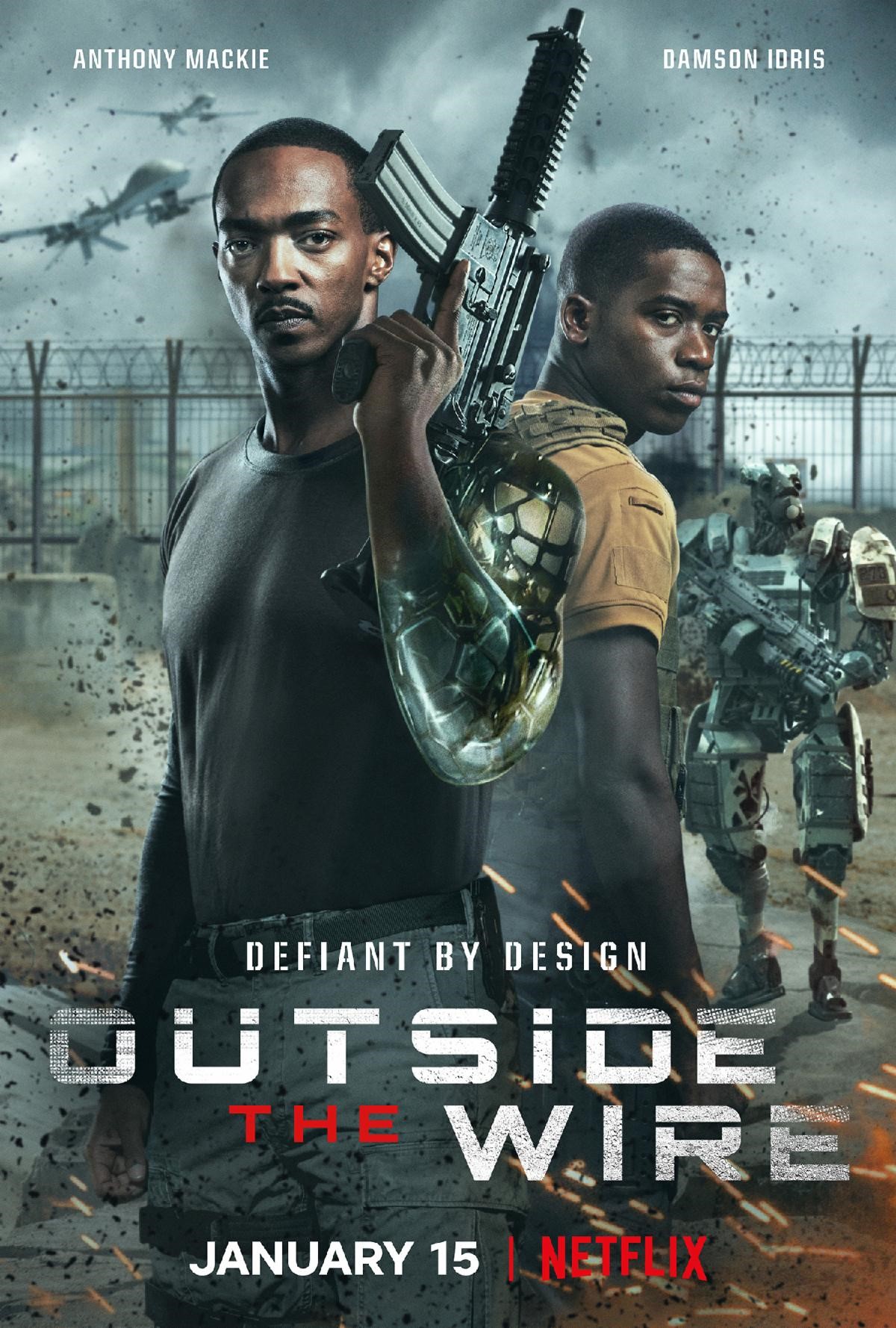 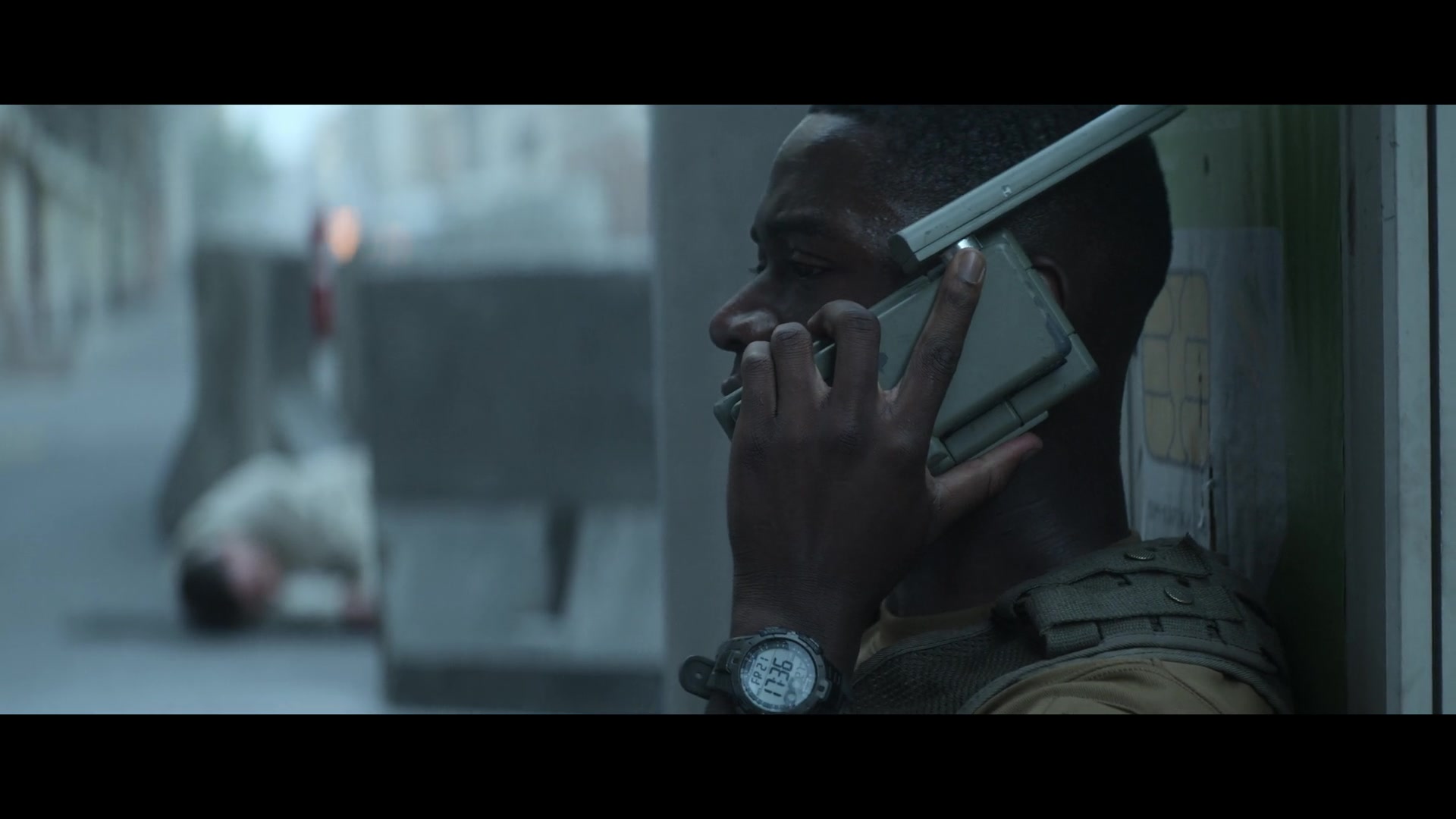 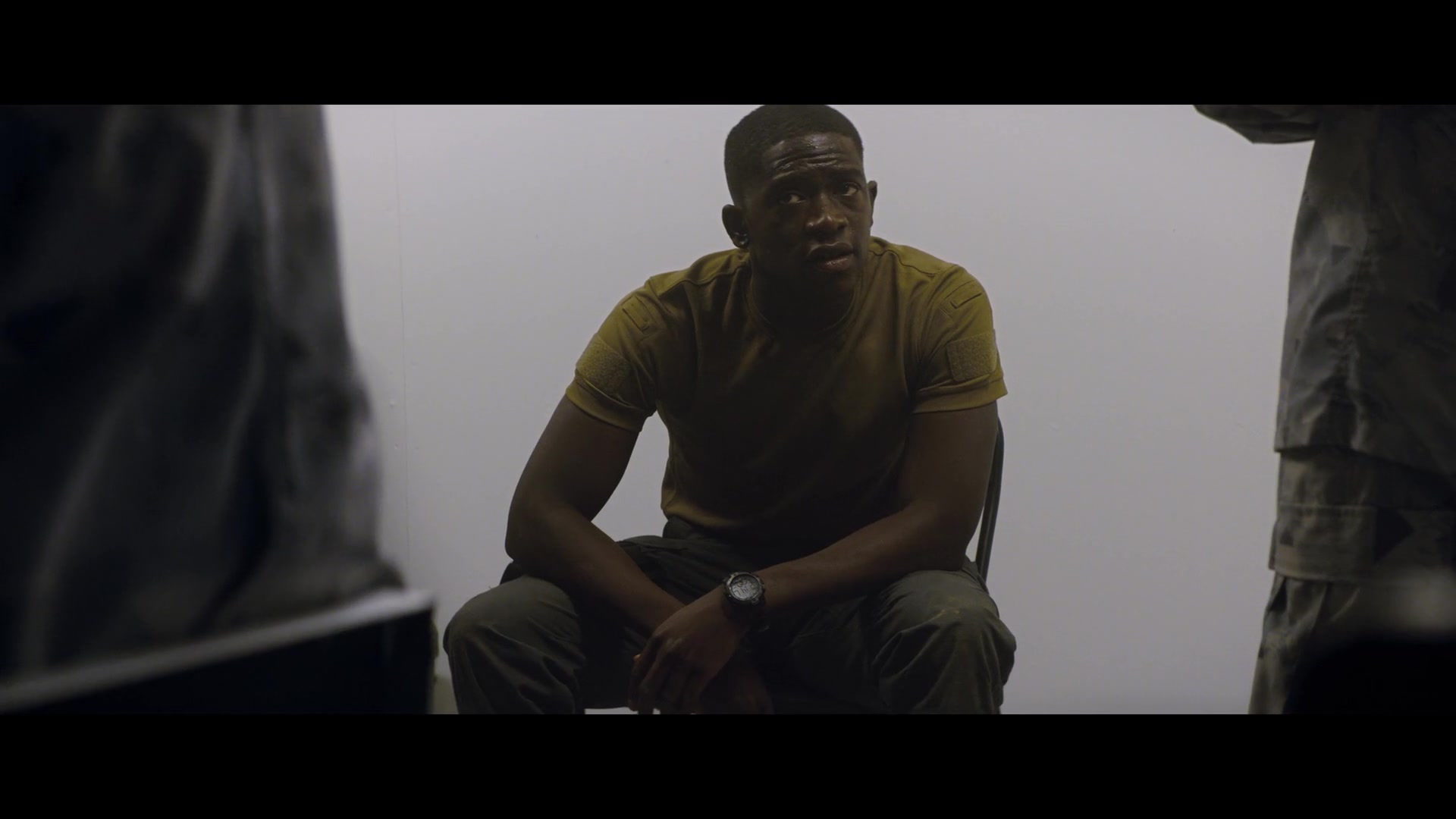 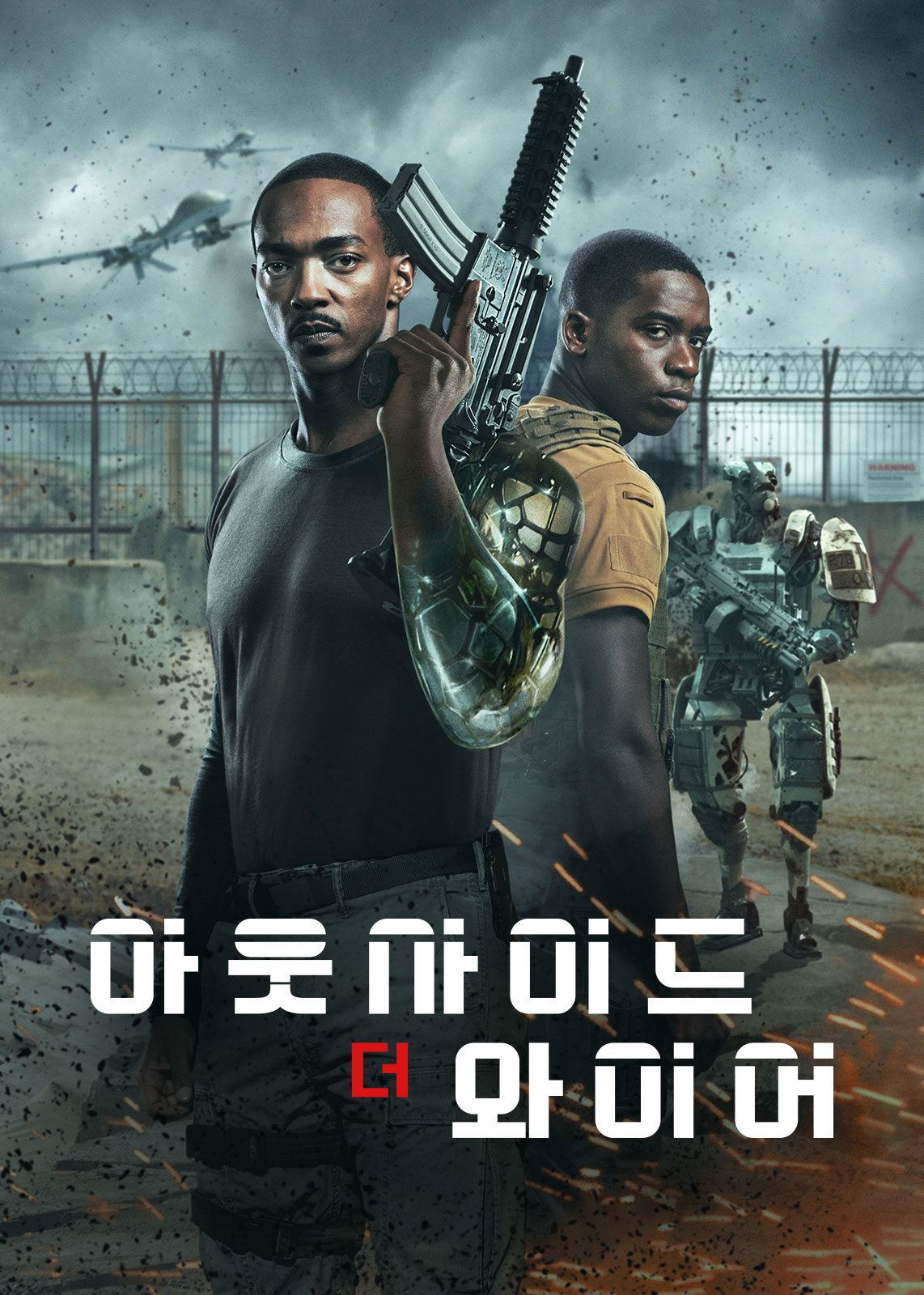 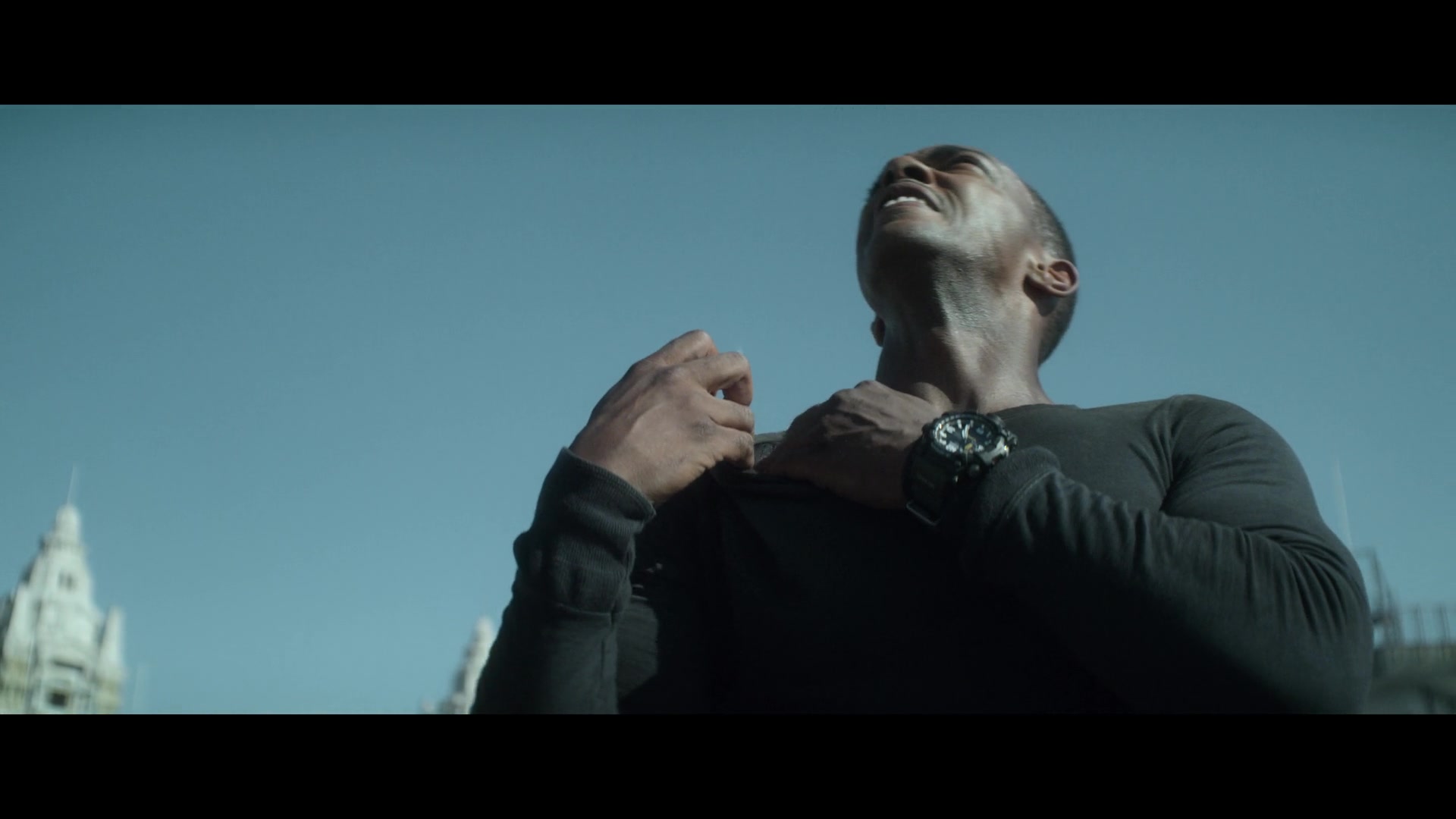 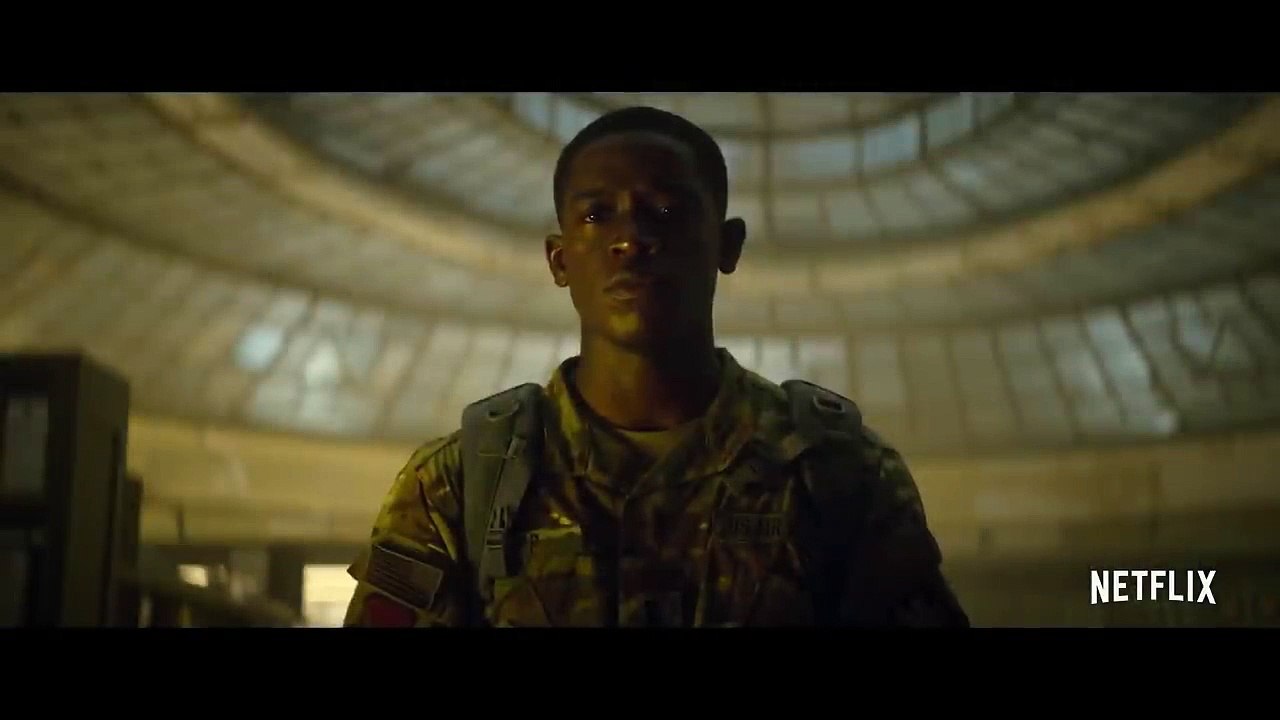 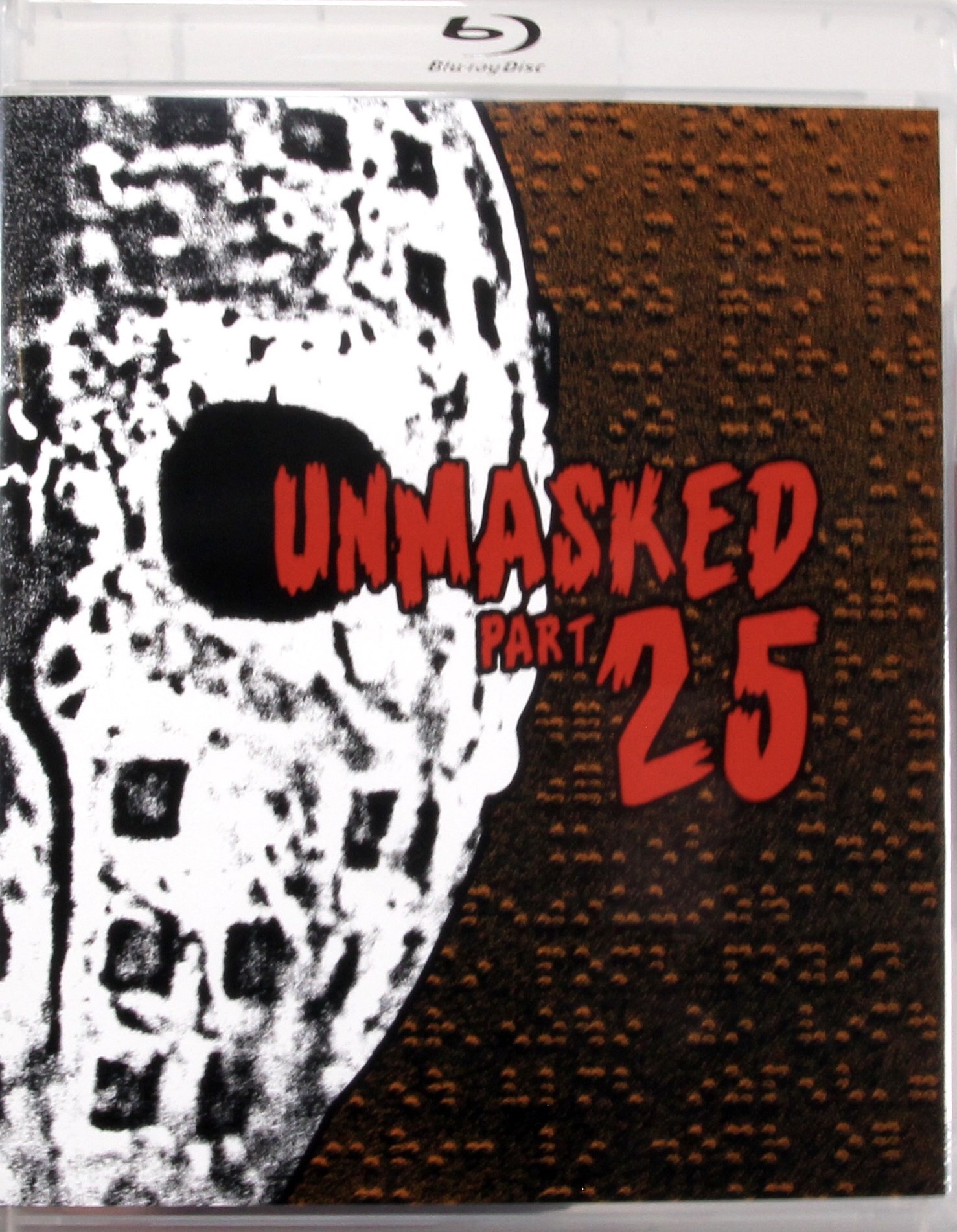 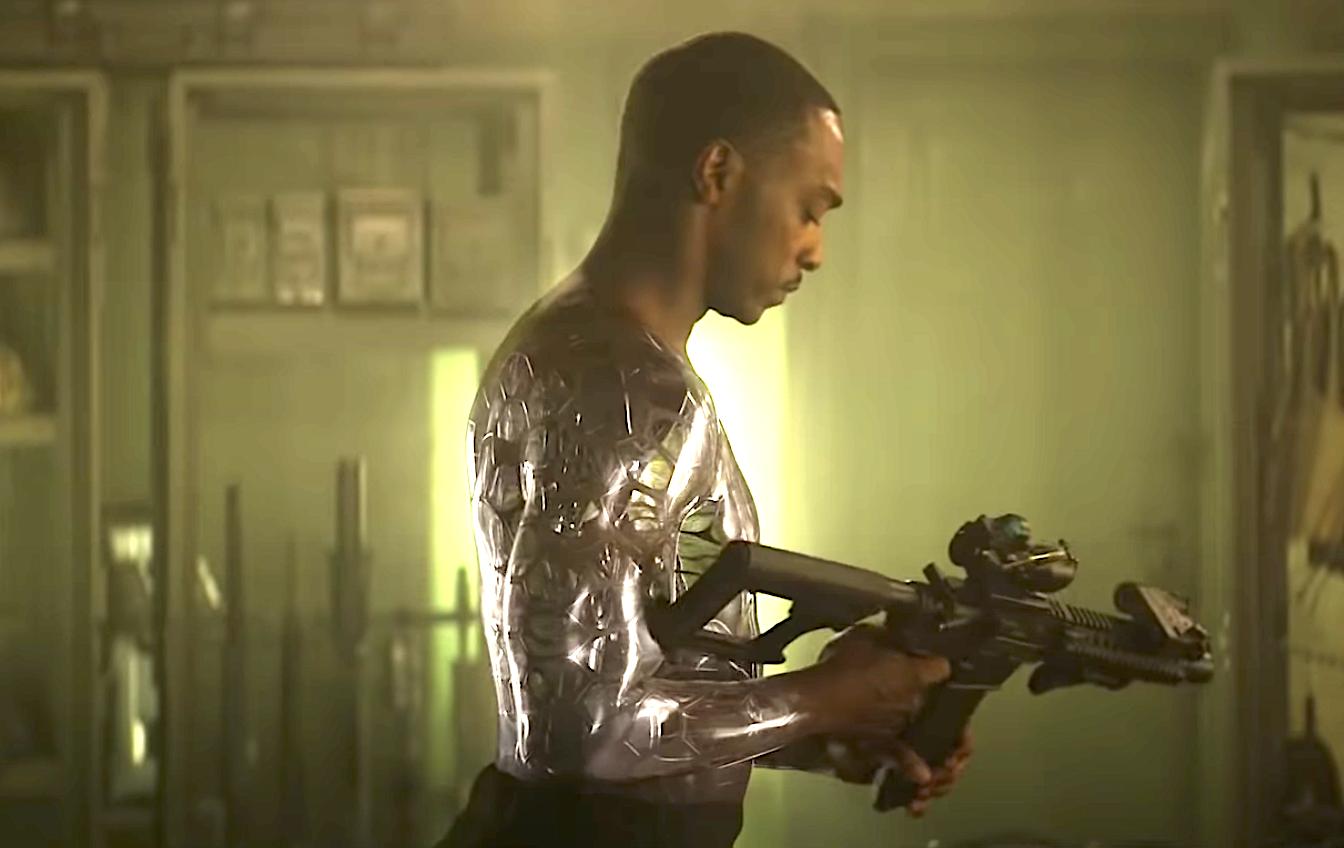 Highlight Tentang Movie Outside the Wire (2021)

Description: Set in the future, Harp (Damson Idris), a drone pilot, is sent into a deadly militarized zone where he finds himself working for Leo (Anthony Mackie), an android officer, tasked to locate a doomsday device before the insurgents do. Outside the Wire is directed by Mikael Håfström.

About Netflix:
Netflix is the world’s leading streaming entertainment service with over 195 million paid memberships in over 190 countries enjoying TV series, documentaries and feature films across a wide variety of genres and languages. Members can watch as much as they want, anytime, anywhere, on any internet-connected screen. Members can play, pause and resume watching, all without commercials or commitments. 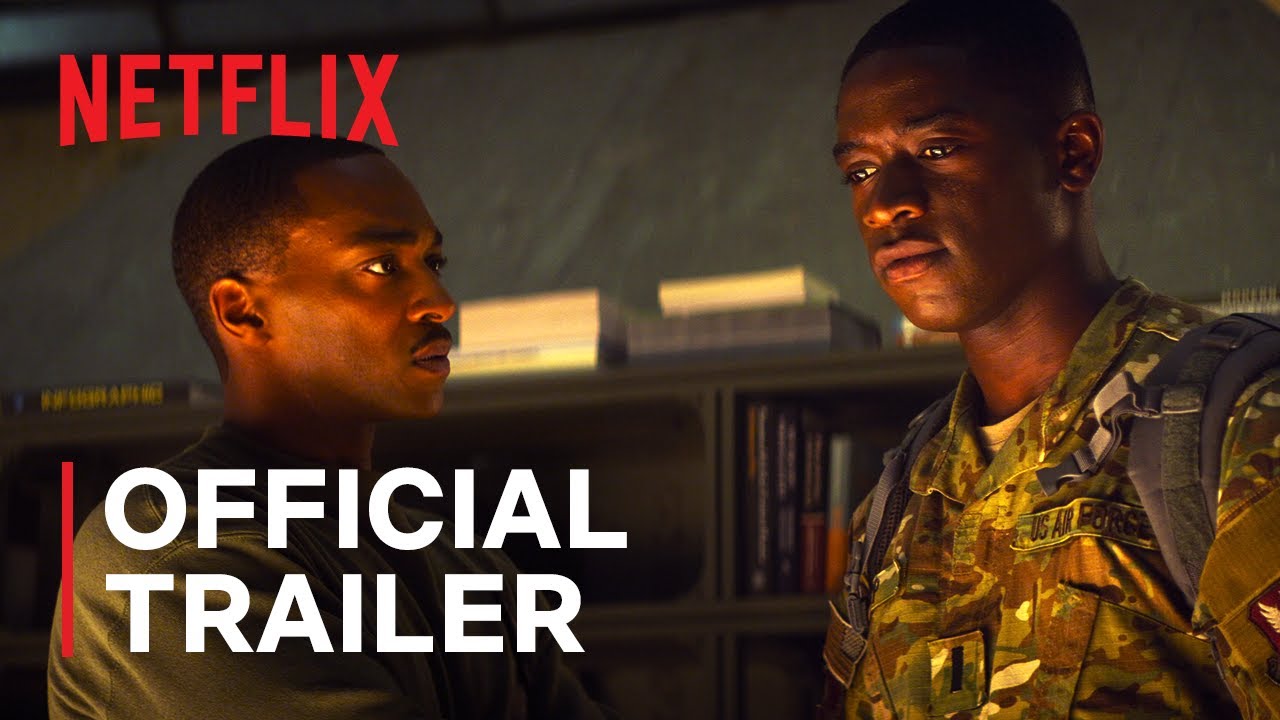