Set in ancient China, Zeng Jing is a skilled assassin who finds herself in possession of a mystical Buddhist monk’s remains. She begins a quest to return the remains to its rightful resting place, and thus places herself in mortal danger because a team of assassins is in a deadly pursuit to possess the remains which holds an ancient power-wielding secret.

Reign of Assassins[5][6] is a 2010 wuxia film directed by Su Chao-pin and co-directed by John Woo. The film is shot in China and set during the Ming Dynasty. The film stars Michelle Yeoh, who plays an assassin who tries to return to a normal life after being counseled by a monk. After saving her husband and herself from robbers, she attracts the attention of her former assassin gang.

The film began production on October 30 and was shot in China and Taiwan. While shooting, John Woo was on set continually advising director Su Chao-pin, which led to Woo being credited as a co-director. On September 3, 2010, Reign of Assassins had its premiere at the 67th annual Venice Film Festival, where it met acclaim from critics. It premiered in China on September 28, 2010, and was purchased by The Weinstein Company for North American release rights and by Lionsgate for United Kingdom release rights.

A narration tells of a legendary Indian Buddhist monk, Bodhi and the belief that his mummified remains has mystical powers.

The Dark Stone gang, having found that half of the remains are in the Prime Minister Zhang's hands, sends assassins to kill him and his son Renfeng. Dark Stone's top assassin Drizzle steals the remains and flees. She encounters the monk Wisdom after dispatching a pursuing Renfeng at the top of a bridge. Wisdom is revealed to be an accomplished martial artist who demonstrates to Drizzle that her swordsmanship has four fatal flaws. Warning that she can be killed by a master, he attempts to persuade her to turn a new leaf and leave the life of an assassin. The three months of their association ends with him dying by her hands, a final demonstration intended to enlighten her. After Wisdom's death, Drizzle is burdened with sorrow and guilt and decides to leave her old way of life. She goes to a famous surgeon who changes her appearance and she assumes the identity of Zeng Jing, a common cloth merchant. She attracts the attention of the messenger Ah-sheng whom she eventually marries. The Dark Stone gang's leader, Wheel King, recruits and trains a new assassin, Turquoise, a merciless girl who murdered her fiance and in-laws on her wedding night.

The Dark Stone, are still in pursuit of Drizzle and the mummified remains, and one of their top members (Fatty Chen) is mysteriously assassinated.

Later, Zeng Jing and Ah-sheng are in the bank when robbers enter. As the gang draws their swords, Zeng Jing defeats them and saves both her and her husband's lives. This act reveals her whereabouts to Dark Stone. The Wheel King summons three assassins in his gang – Lei Bin, the Magician, and Turquoise – to hunt Drizzle down. They locate Drizzle despite her changed appearance. However, Drizzle (now as Zeng) states that she just wants to live a normal life, and the Wheel King promises her freedom for Ah-sheng and herself in exchange for the half of the remains she took and help in collecting the other half. After the Dark Stone secure the remains, Drizzle hands over her half. The gang refuses to release her, and despite infighting that kills the Magician, she comes home wounded and collapses before Ah-sheng. Lei Bin and Turquoise follow her but are stopped by Ah-sheng, who surprises them by producing a pair of Cen-Ci swords. Lei Bin recognizes them as Renfeng's weapons. The two assassins are defeated and Ah-sheng takes Drizzle to the surgeon, who treats Drizzle's wounds and tells Renfeng that everything is pre-destined. Flashbacks reveal that Ah-sheng's true identify is Renfeng, who did not die from Drizzle's sword because he has situs inversus. He has also changed his appearance so that he can avenge his father's death. Drizzle finds out the truth and asks Renfeng if he has ever loved her. An emotional Renfeng tells her that is impossible because of what she and Dark Stone have done to his family, but he cannot bring himself to kill her and tells her to leave.

The Wheel King, having obtained the remains, attempts to use the power to restore his bodily "defect"; he was castrated as a boy and uses the cover of being a low ranking eunuch to hide his criminal activities. Turquoise discovers this as she seduces him, and mocks him in anger and disappointment. The Wheel King is infuriated and buries her alive under a bridge. He sees the fireworks signal released by Drizzle, who has decided to engage him in a final battle. The Wheel King comes to a graveyard and finds Renfeng dead. Drizzle then battles him and wounds him fatally, using what Wisdom had taught her. Renfeng revives the next morning, since he was just given a tortoise powder by Drizzle in order to appear lifeless so he could witness Drizzle avenge his family with her life. He approaches her body to touch her and finds her still alive. Renfeng is overcome with joy and carries her in his arms. Drizzle whispers to him "After we get home, draw up the divorce papers." Renfeng laughs and tells her they have a long life ahead, together.

The idea for making Reign of Assassins came about when producer Terence Chang was looking for an action film to star Michelle Yeoh. After several meetings with Su Chao-pin they developed a wuxia style film.[1][7] Yeoh had initial doubts about the role as she had not used her martial arts skills since Crouching Tiger, Hidden Dragon.[8] The rest of the film's cast includes actors from Taiwan, Korea, Hong Kong and China. John Woo stated that "It is a challenge for all. We selected various talented actors for this film and the language seemed to be the main obstacle...But we solved that."[9]

Terence Chang and Su Chao-pin said that they wanted to take wuxia writer Gu Long's approach of "having many characters, and add mystery and suspense to the plot".[1] The Chinese title of the film is Jianyu Jianghu, which translates as "swords and rain, rivers and lakes". The term jianghu refers to an imaginary world that is a parallel martial arts universe.[1] Half of the film's budget was funded by Galloping Horse Films who agreed to support the film after being impressed with Su's script.[1][10] To complete the financing, Chang had two Taiwanese investors: the online gaming company Gamania Digital Entertainment and film and television production house Lumiere Motion Picture Company to help fund the film.[1]

Principal photography was completed on February 27, 2010.[11] After being impressed with the script, John Woo was reportedly on set the whole time offering advice to Su Chao-pin. Terrence Chang stated that Woo spent "more than a week" directing a fight scene featuring his daughter Angeles as an assassin.[6][7][11] Angeles took the role to experience film-making from an actor's perspective.[12] The official English credits read "Directed by Su Chao-pin. Co-directed by John Woo".[6][7][11] Woo has stated that he "didn't want to impose my style on Su...I only gave advice and shared my experience."[13] Production started in Shanghai and then moved to the World Studios complex at Hengdian in the second month. Heavy rains made production go over-schedule and a huge outdoor temple set had to be moved indoors to avoid further delays.[11] Terence Chang applied for a Taiwanese government subsidy as the writer-director Su Chao-pin, as well as two investors, four executive producers and six major actors in the film are Taiwanese. Post-production was also done in Taiwan.[11] John Woo worked with the editor during post-production on the film.[1] 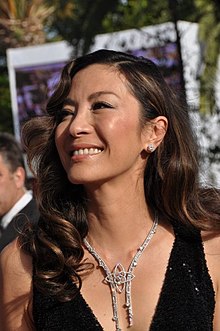 Michelle Yeoh received a Best Actress nomination at the Asian Film Awards for her role in Reign of Assassins.

The film received positive critical reception at the Venice Film Festival. L'Express praised the sword-fighting scenes in the film.[22] Il Sole 24 Ore referred to the film as "a breath of fresh air" at the festival, noting the fighting scenes and the film's humor.[23] The Hollywood Reporter wrote "the beautifully balanced story finds time for humor and a piercingly romantic finale. This lush visual treat should have no trouble finding kung fu audiences, with crossover potential to the Western art circuit."[2] Variety gave the film a positive review, referring to it as "A delightful martial-arts romp that makes up in wit and exuberance what it occasionally lacks in clarity and finesse".[24] Screen International wrote that "It might lack the sheer visual poetry of Crouching Tiger, Hidden Dragon, but its scenes of sword-play are wonderful and once the story gathers momentum it is absorbing and entertaining." and went on to praise the acting of Michelle Yeoh calling her a "wonderfully charismatic talent, aging gracefully but still retains a poise and style that really sets her apart."[25] Derek Elley of Film Business Asia gave the film 9 stars out of 10 and wrote that "without heavy resort to visual effects, and without going too far down any one stylistic road, the film gives new life to a genre that's been pulled every which way in the past 20 years in search of new thrills."[6]

The film received positive reception in Asia on its premiere. The Xinhua News Agency stated that the film "ushers in a new era of the kungfu genre" and that the film "spends a bit too much time unfolding the romance between Zeng and her husband, and some lines sound funny when they are not supposed to be. But when many recent martial arts films can barely tell a complete story and are hyped only by lavish sets, Assassins stands out as entertaining and special."[26] Malaysiakini also compared the film to Crouching Tiger, Hidden Dragon, writing that "The movie sort of goes back to wuxia's roots, where the plot revolves tightly around the Chinese philosophy and relationship."[27] Today gave the film three stars out of five, saying that "the storyline borders on the illogical at times – Su's script will get you sniggering...on-screen moments between Yeoh and Jung are uncomfortably stiff."[28] Time Out Hong Kong gave the film three stars out of six stating that the film "is often too schizophrenic in tone to be taken seriously."[29]

The film received mixed reviews in the United Kingdom generally critiquing the plot of the film. A review in The Guardian gave the film a mixed review, stating "After a decent enough opening it becomes a fairly ordinary affair".[30] The Independent gave the film two stars, praising Yeoh's performance but finding the plot "far-fetched".[31] Empire Magazine gave the film four stars out of five noting the action scenes and "surprisingly affecting character moments".[32] Total Film magazine gave the film three stars out of five, opining that the film "lacks the plot punch of Zhang Yimou's Hero or the visual poetry of Ang Lee's Crouching Tiger, Hidden Dragon."[33] 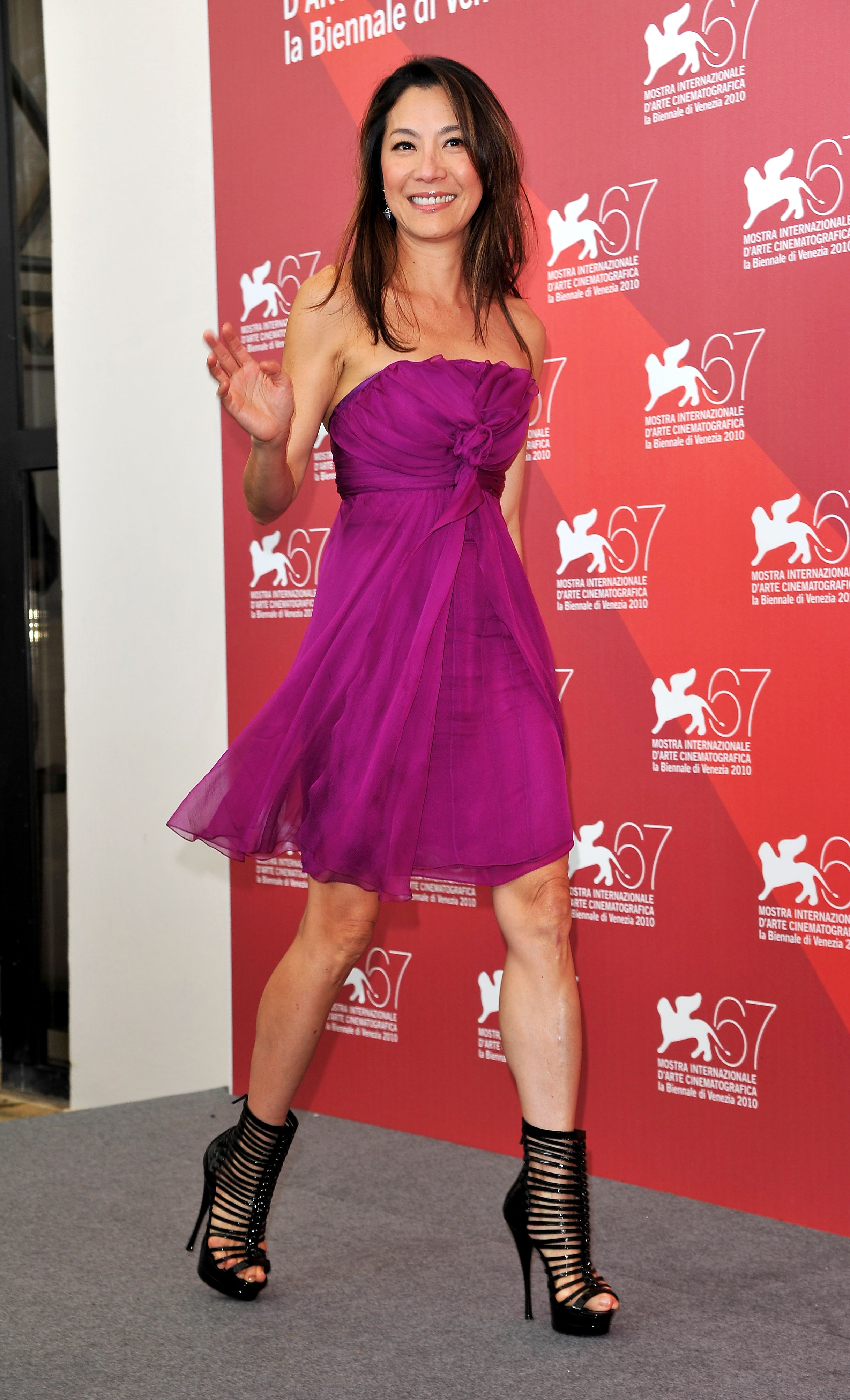 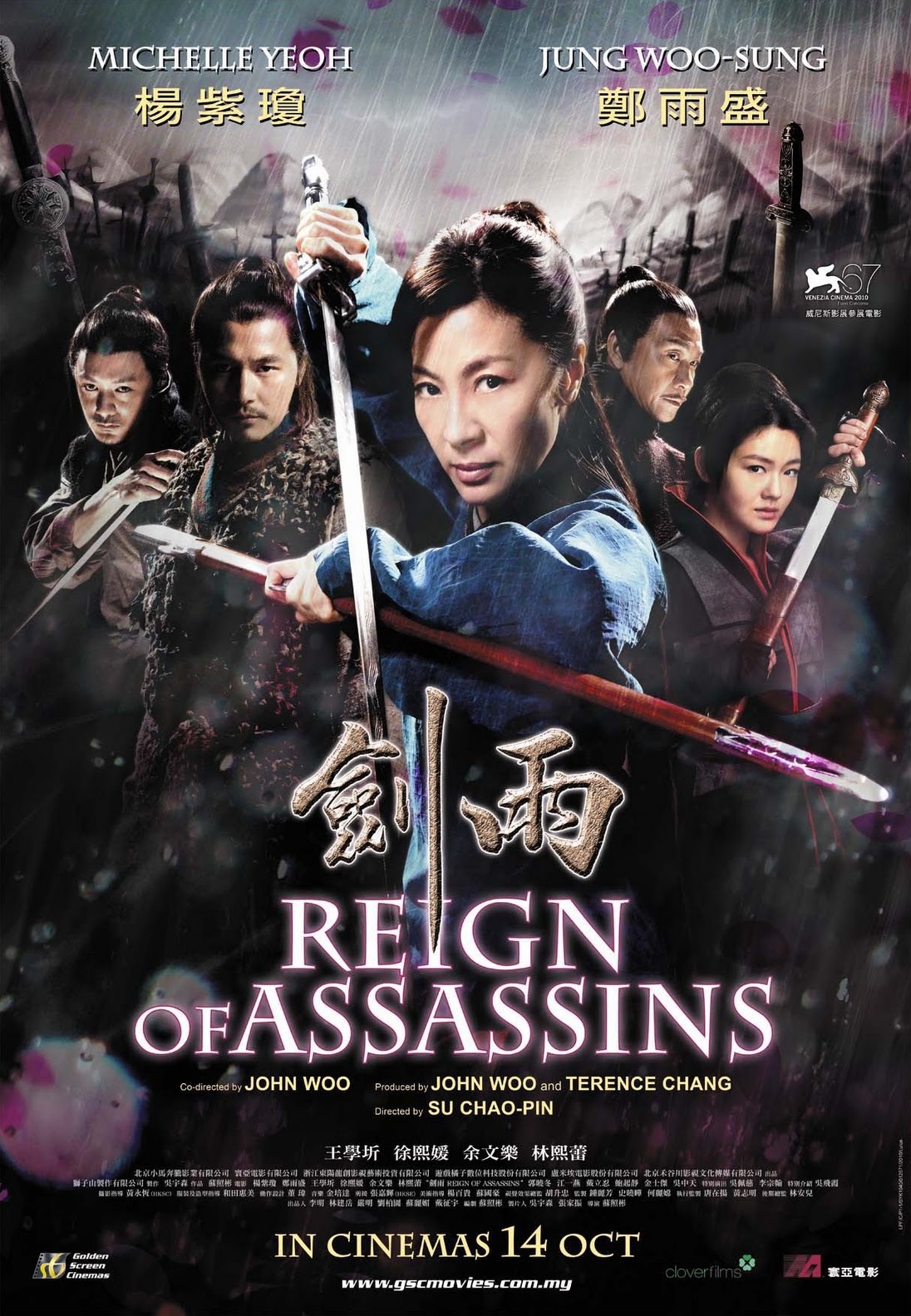 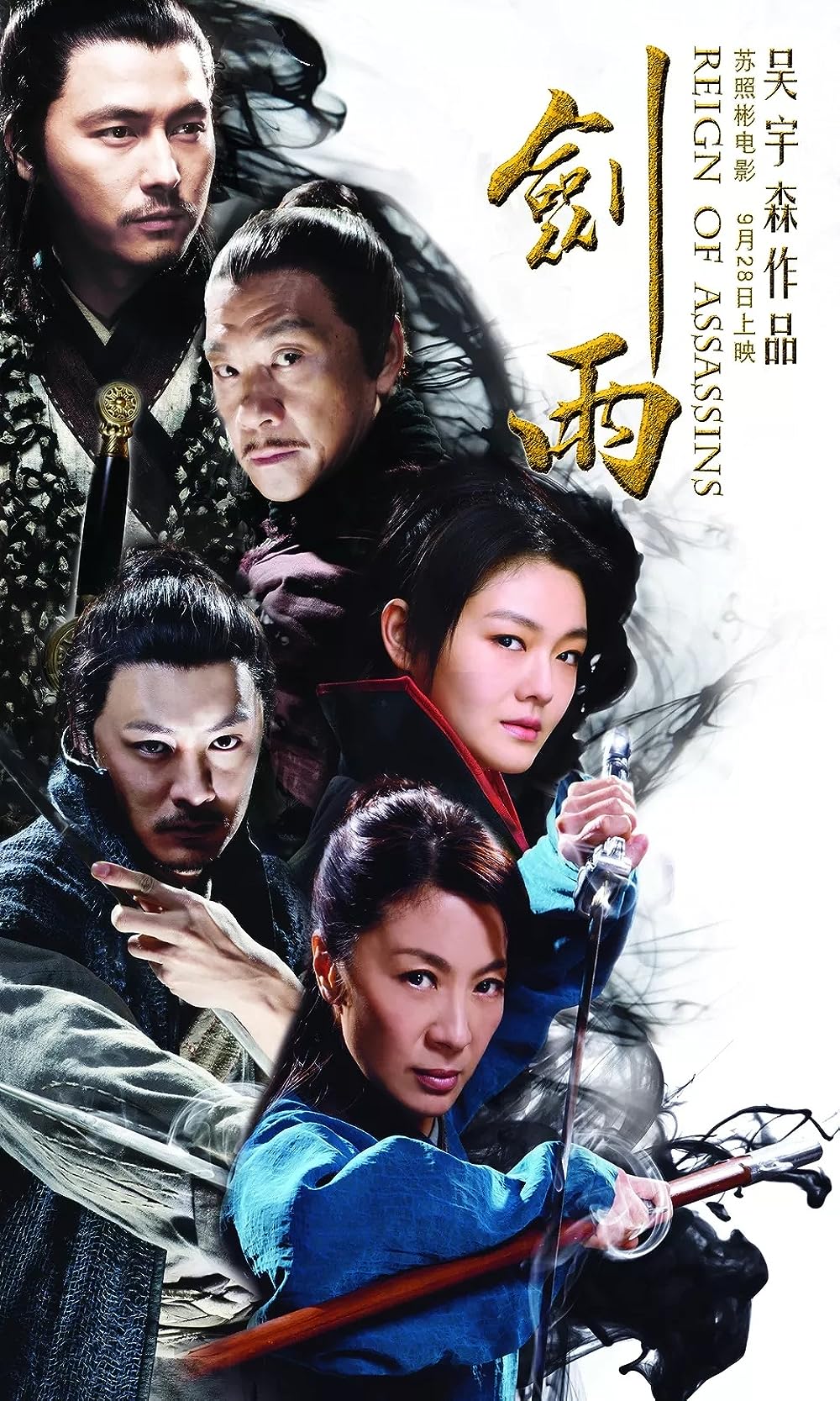 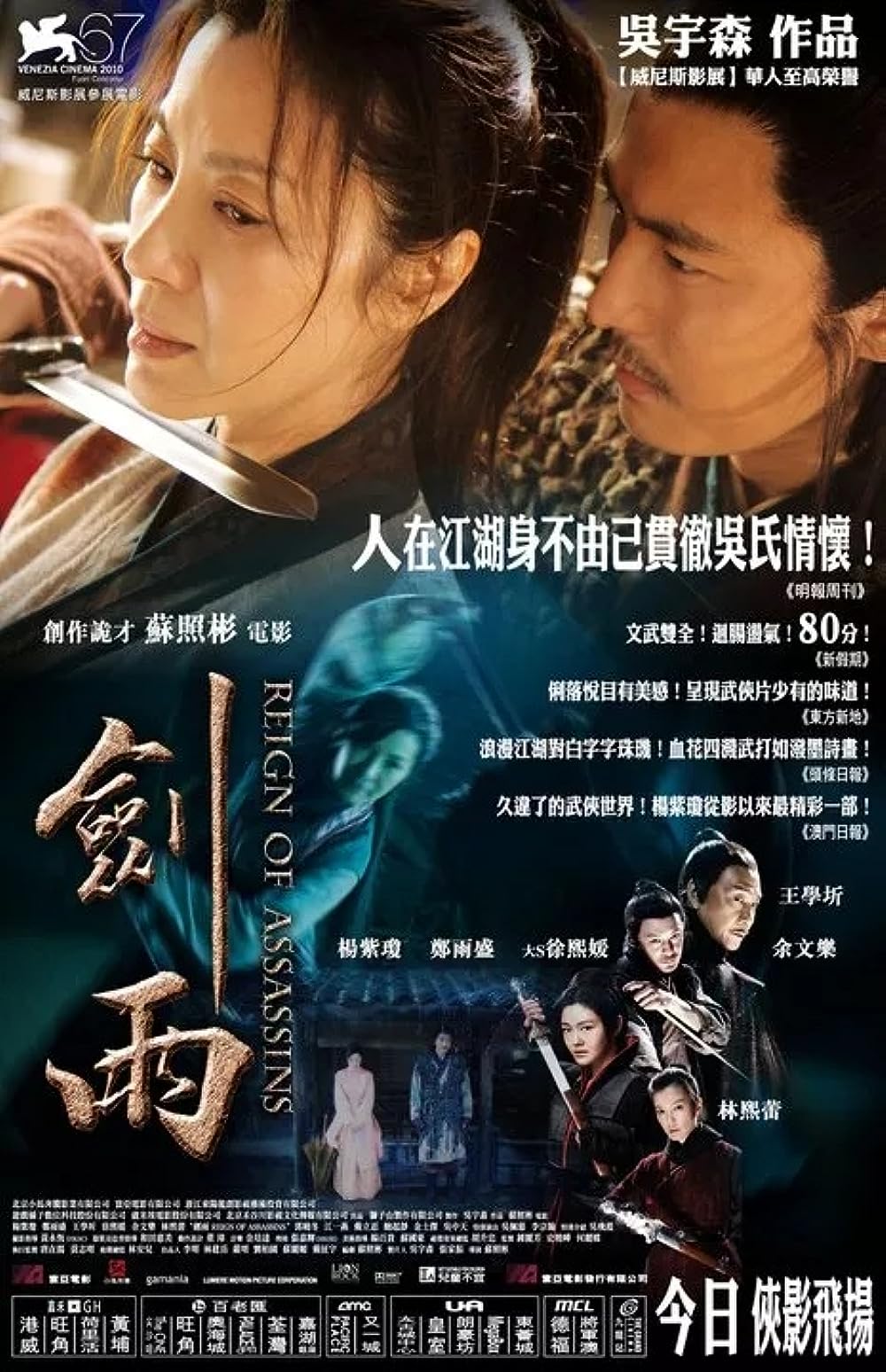 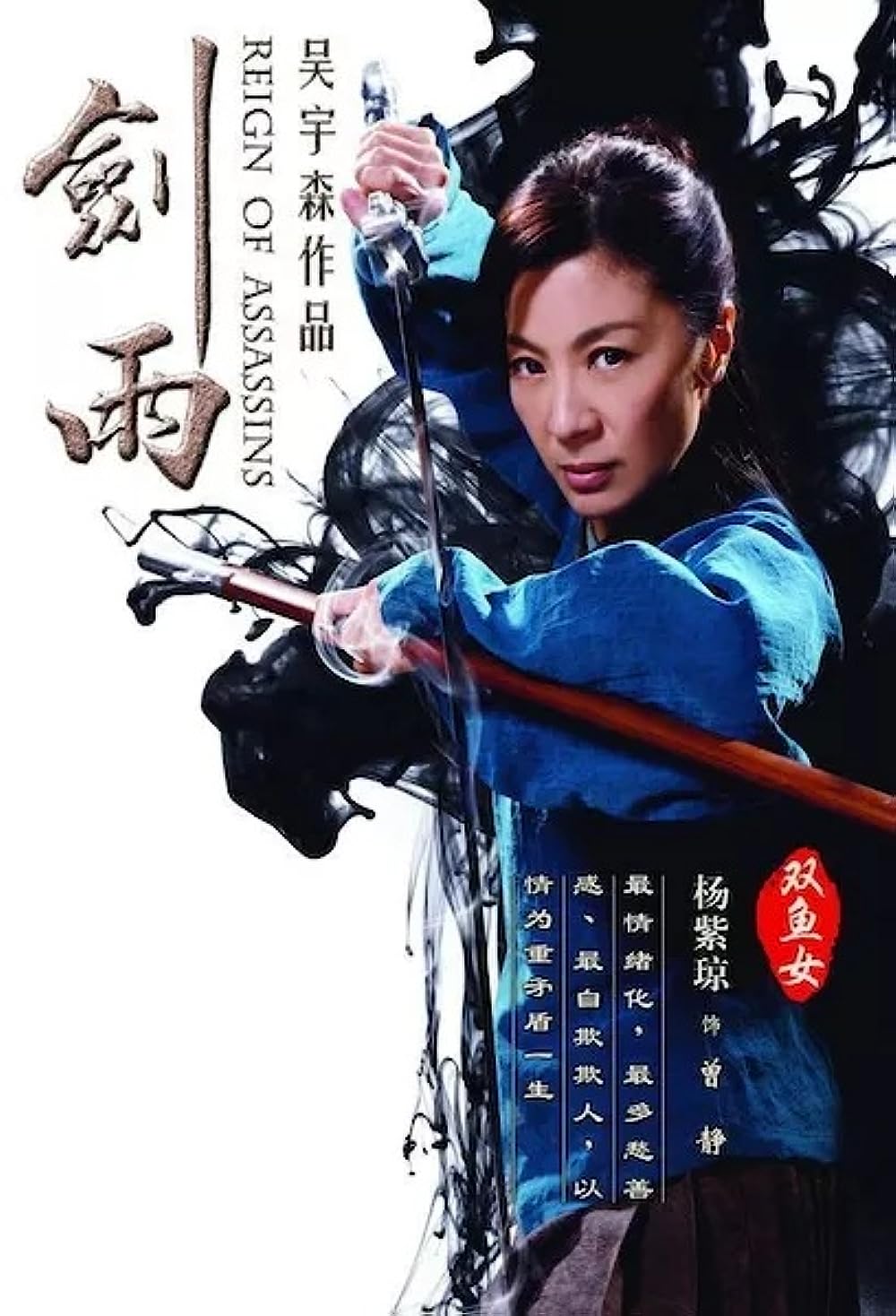 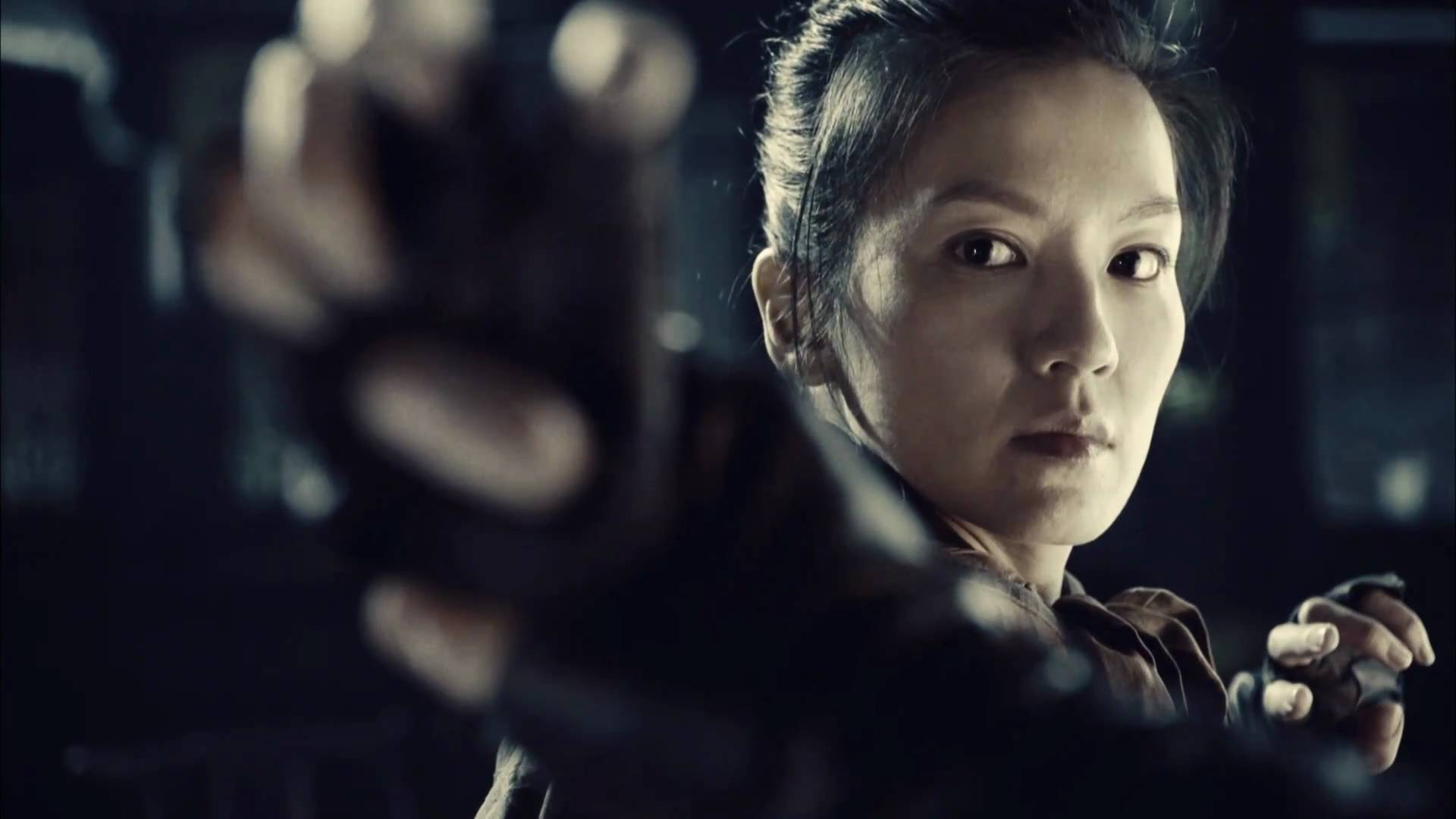 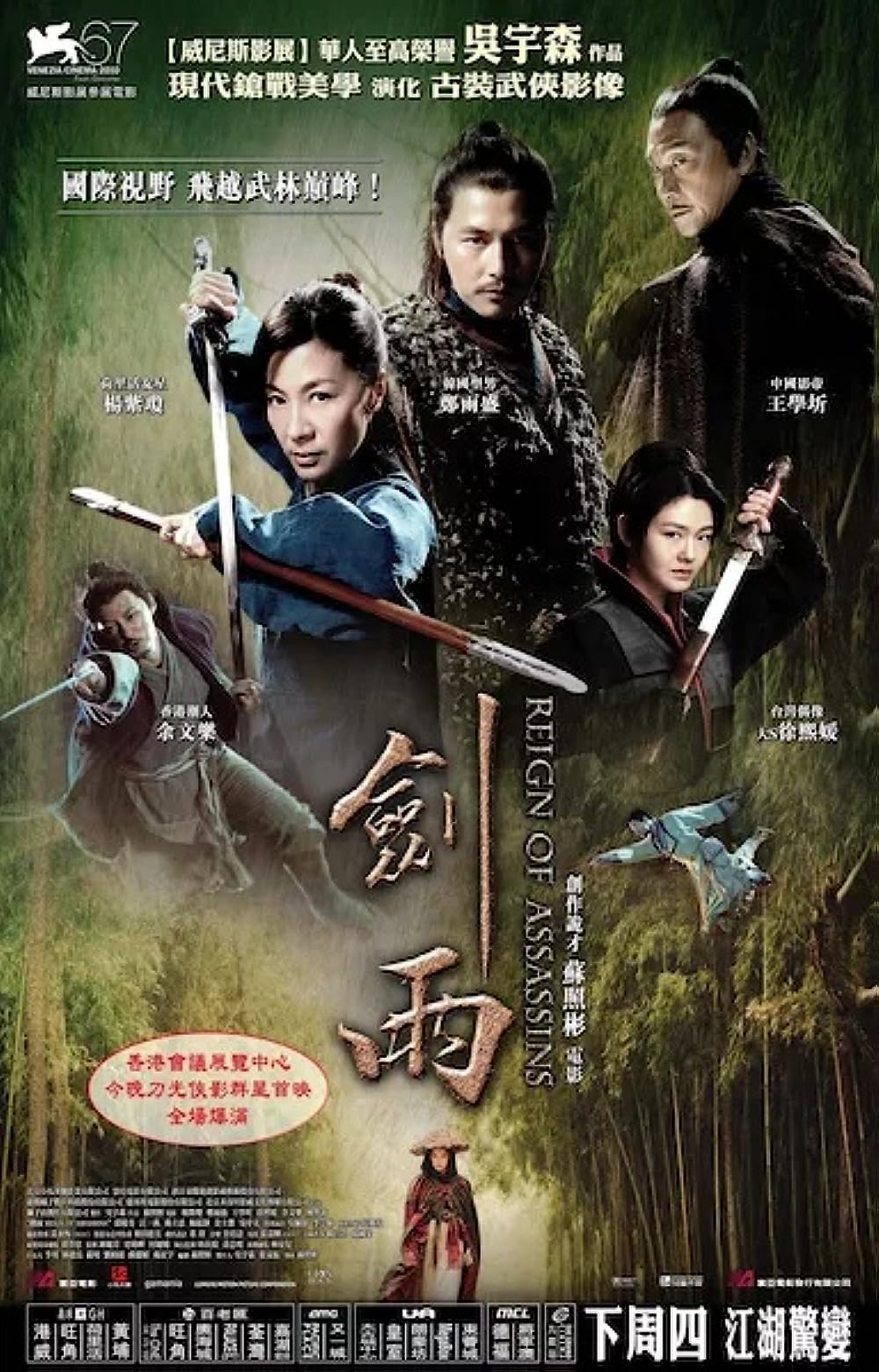 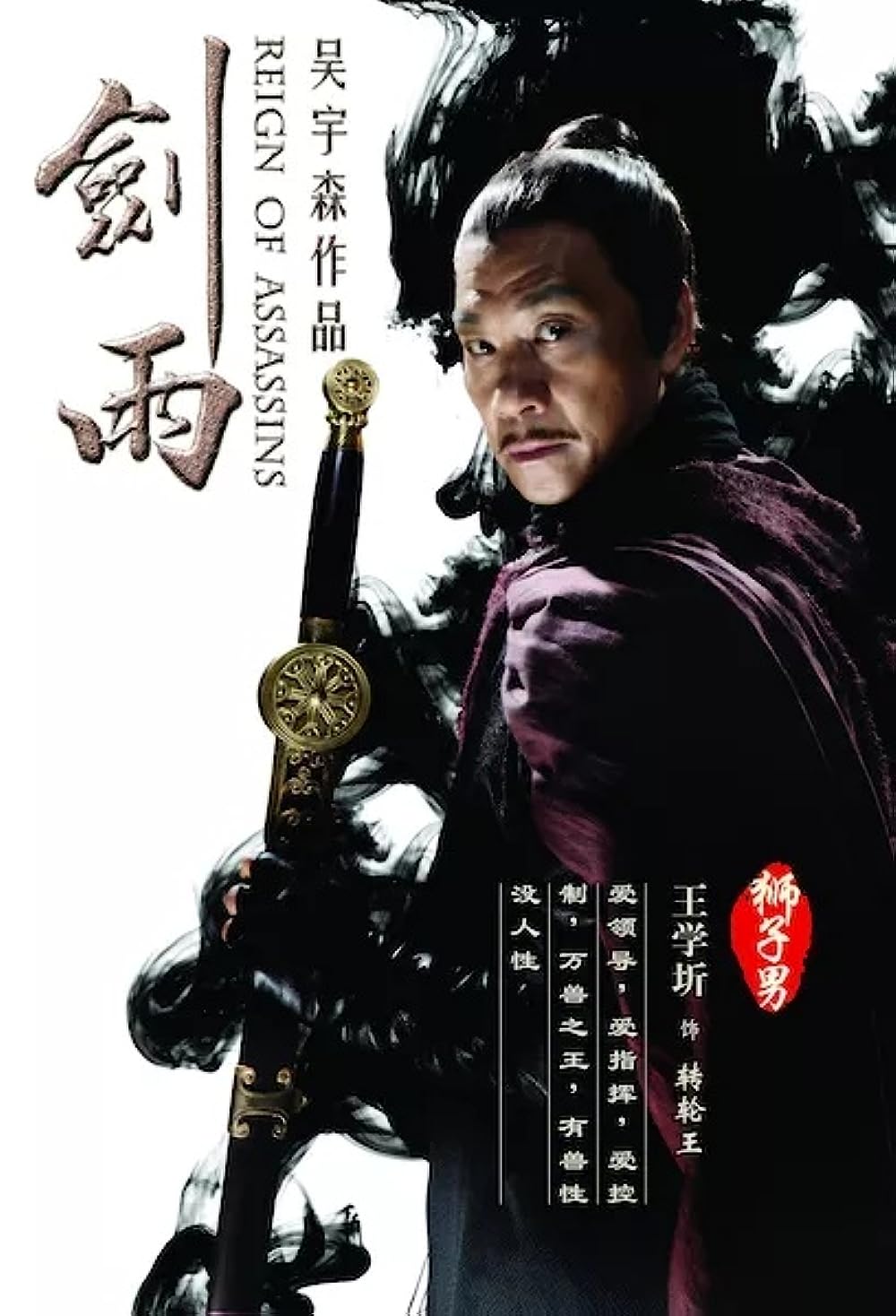 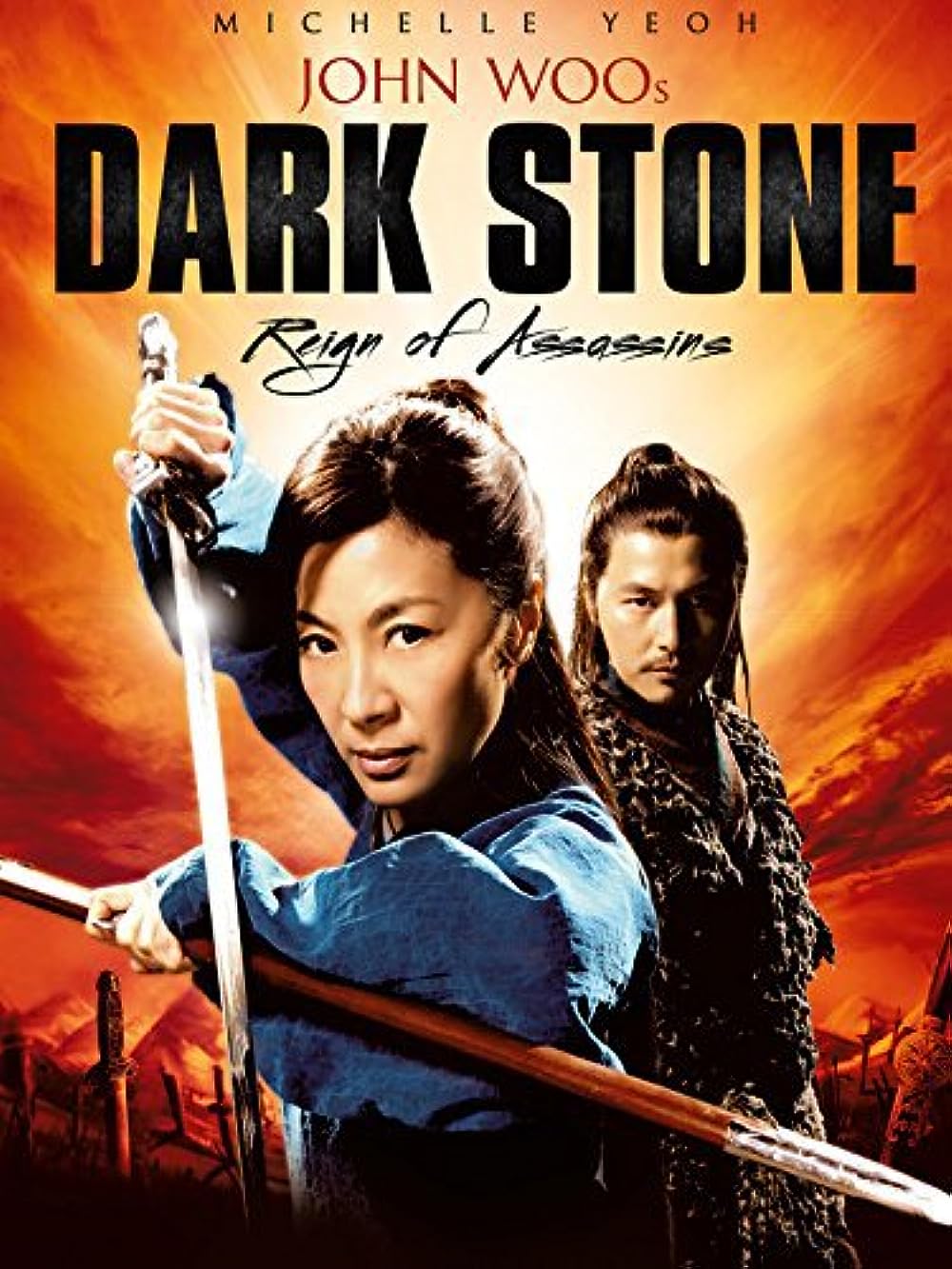 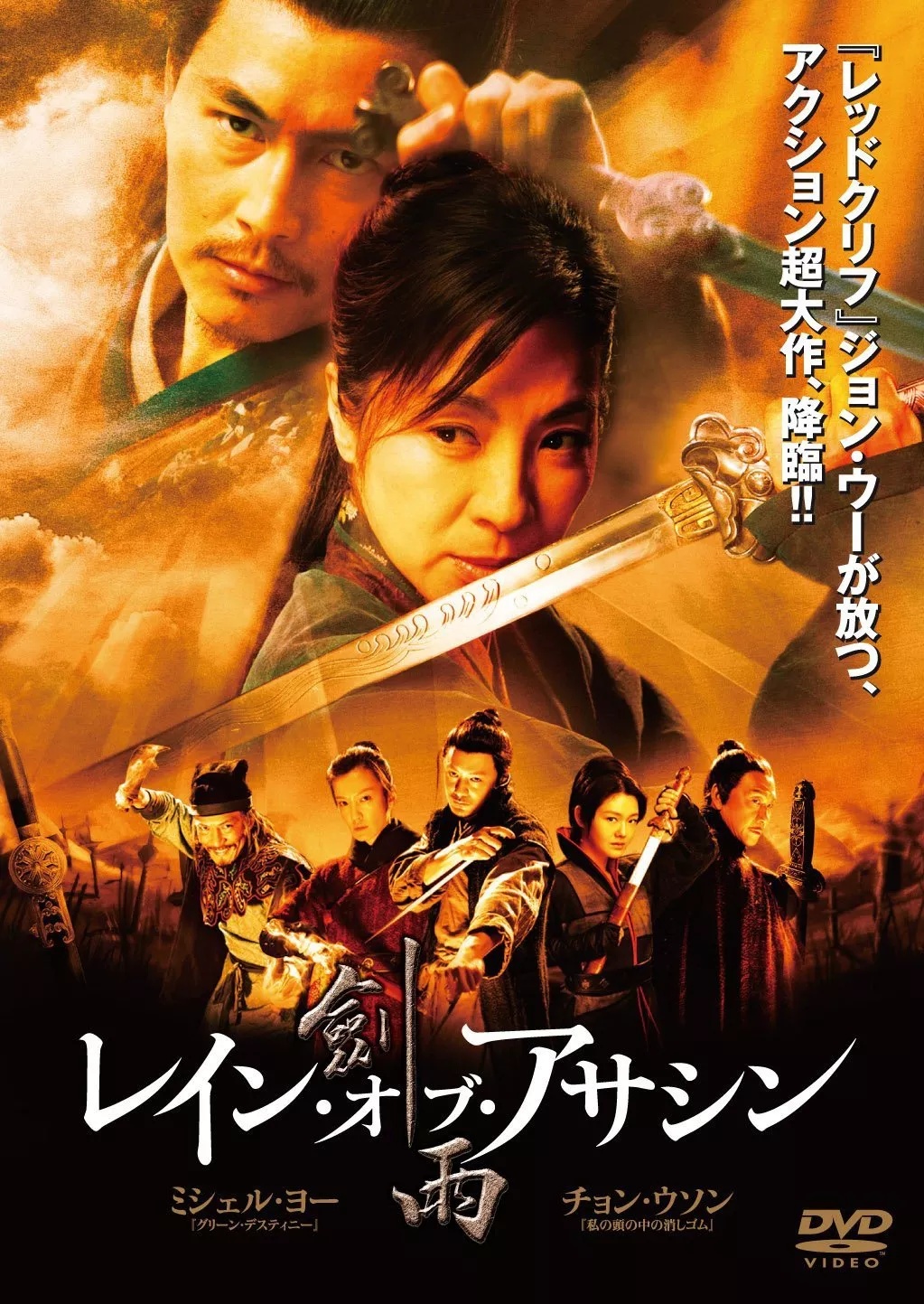 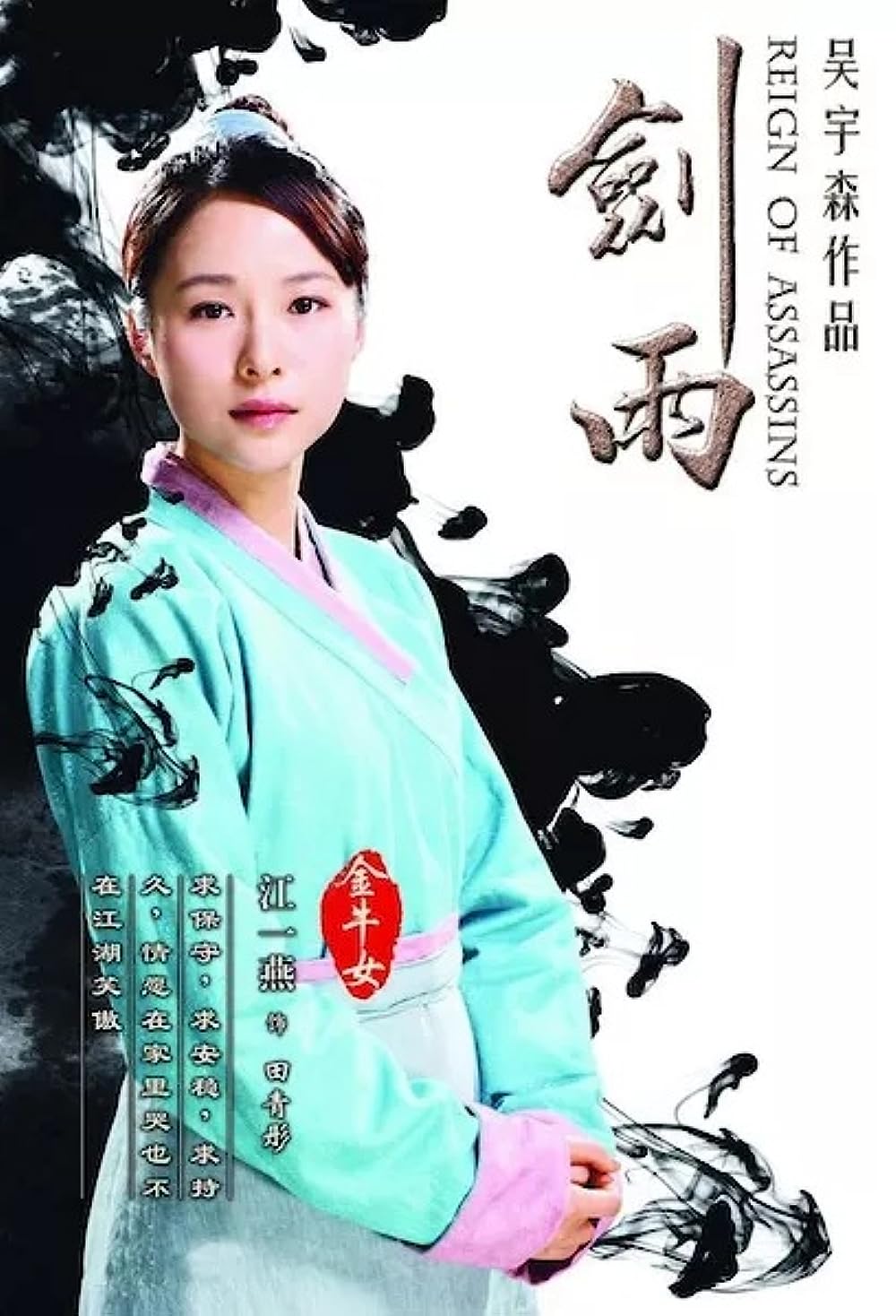 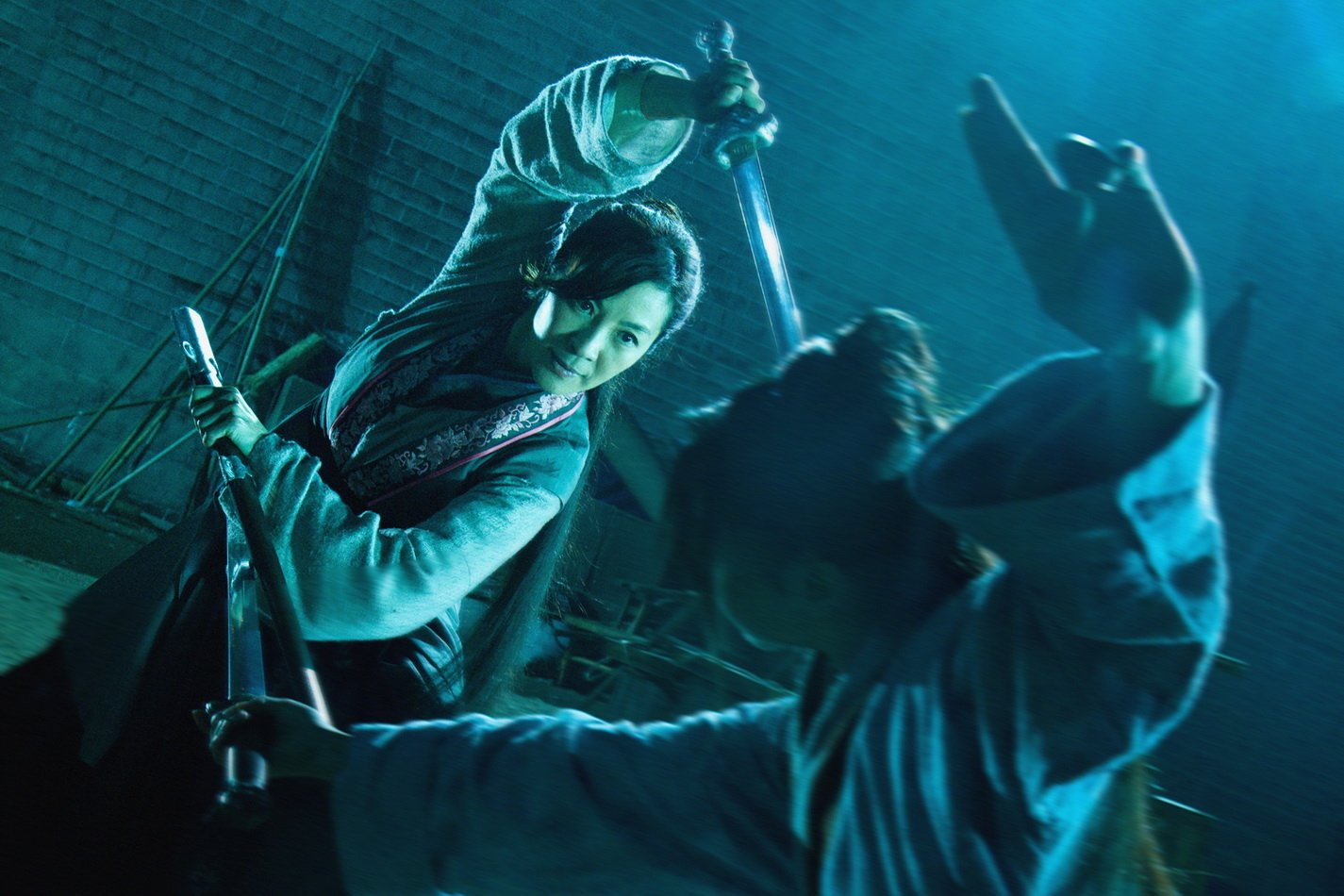 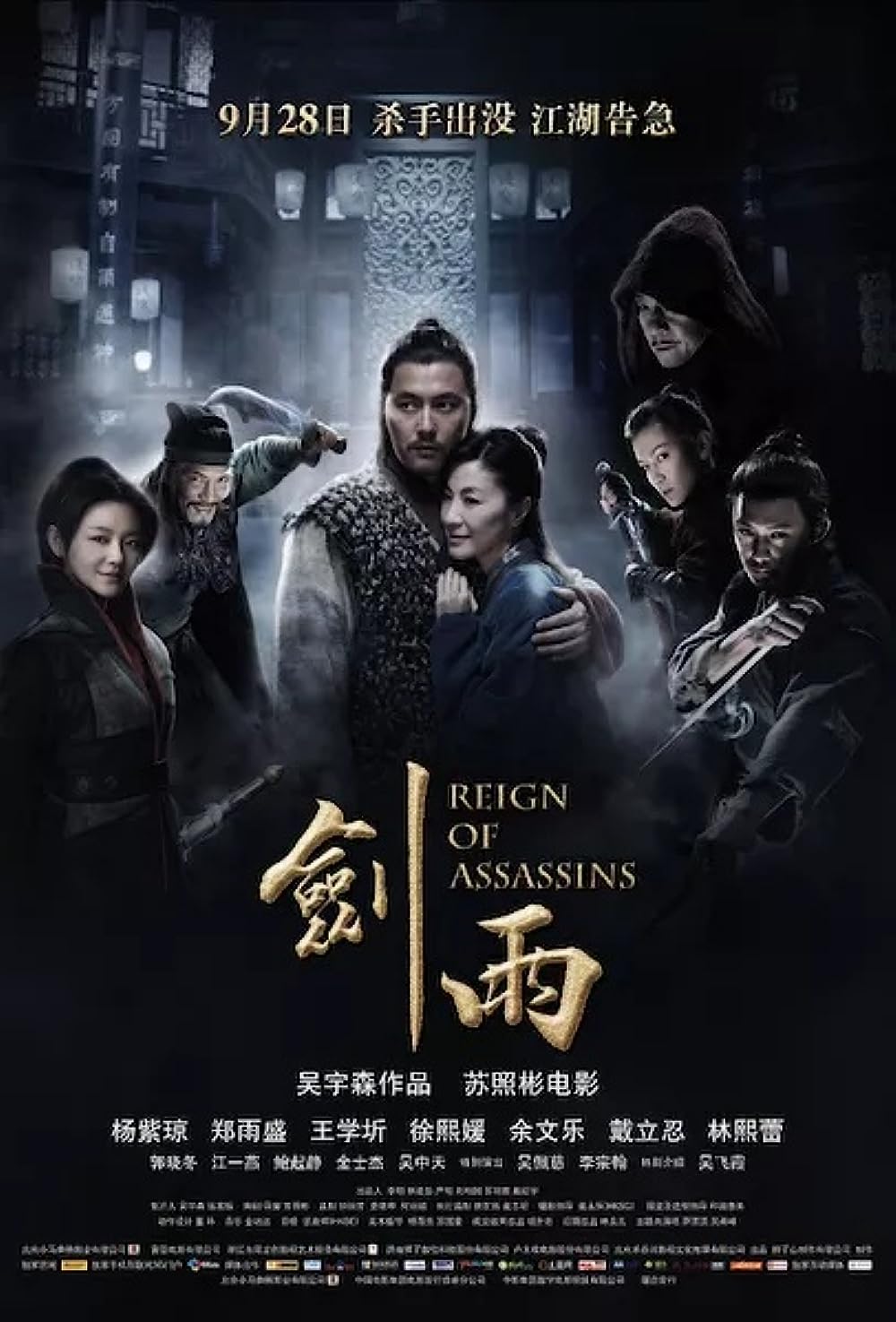 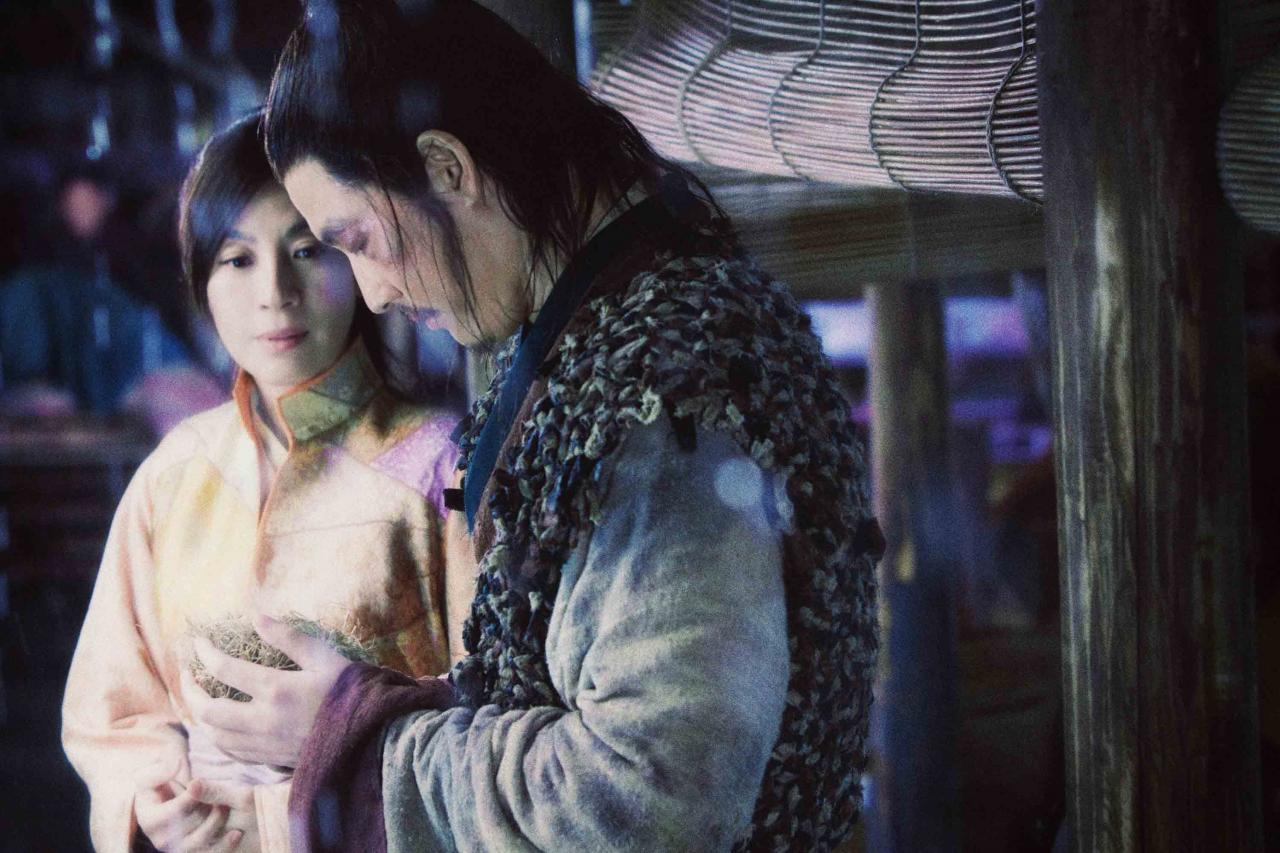 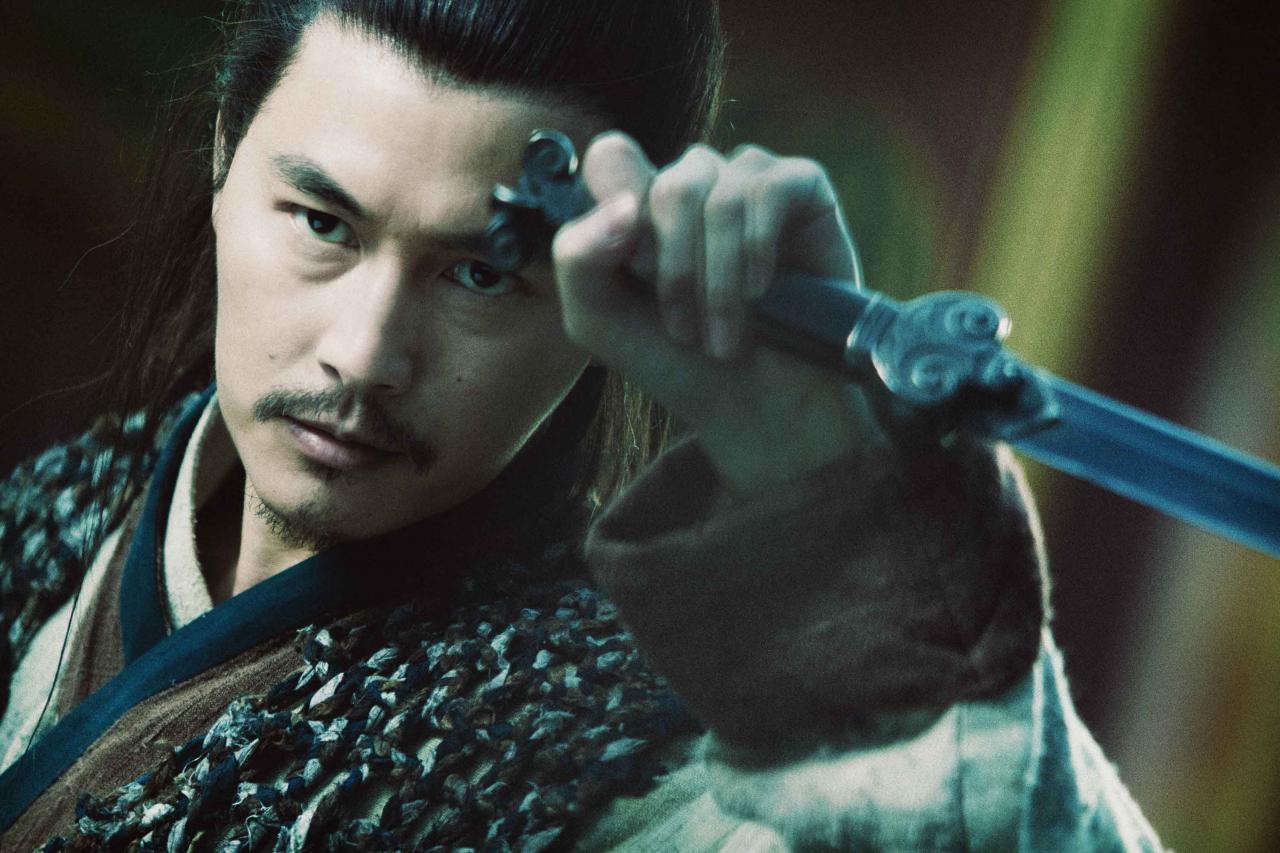 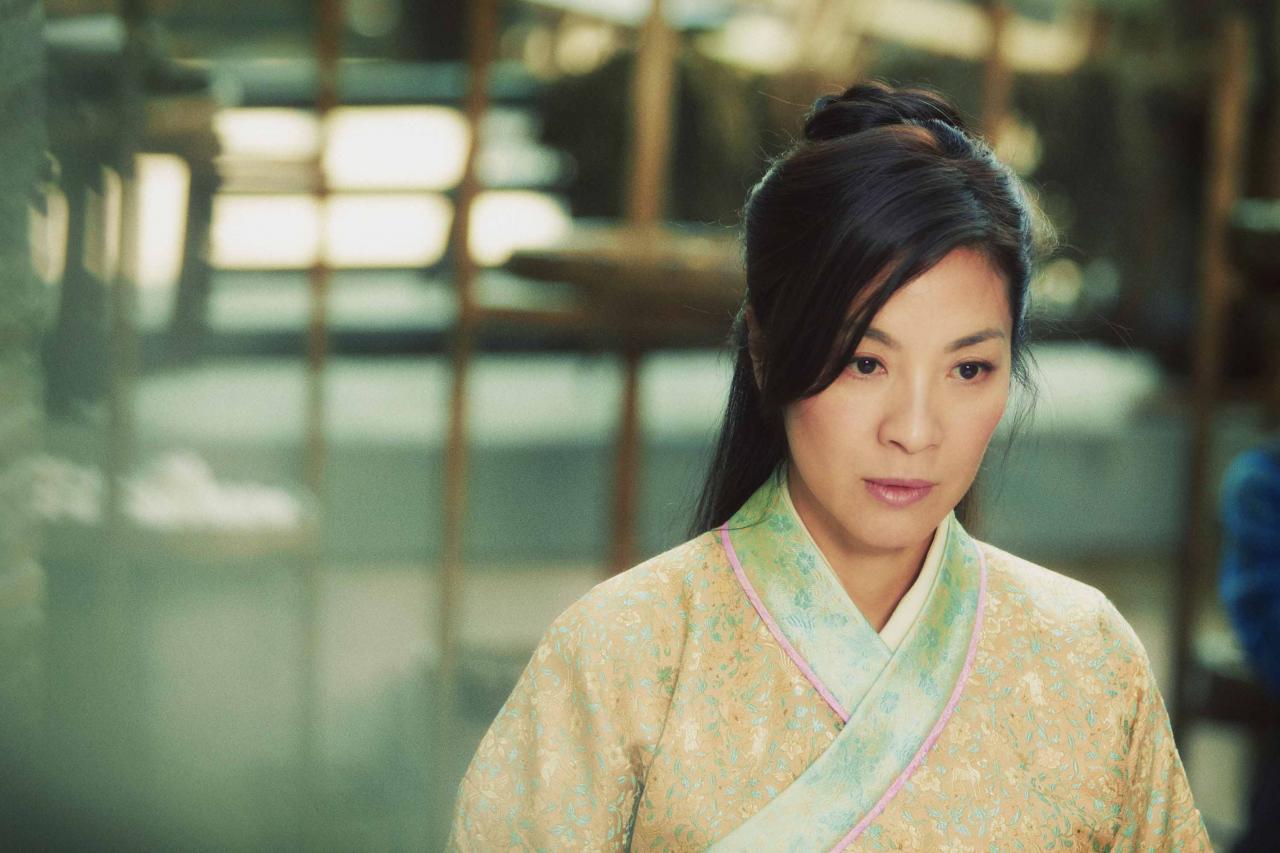 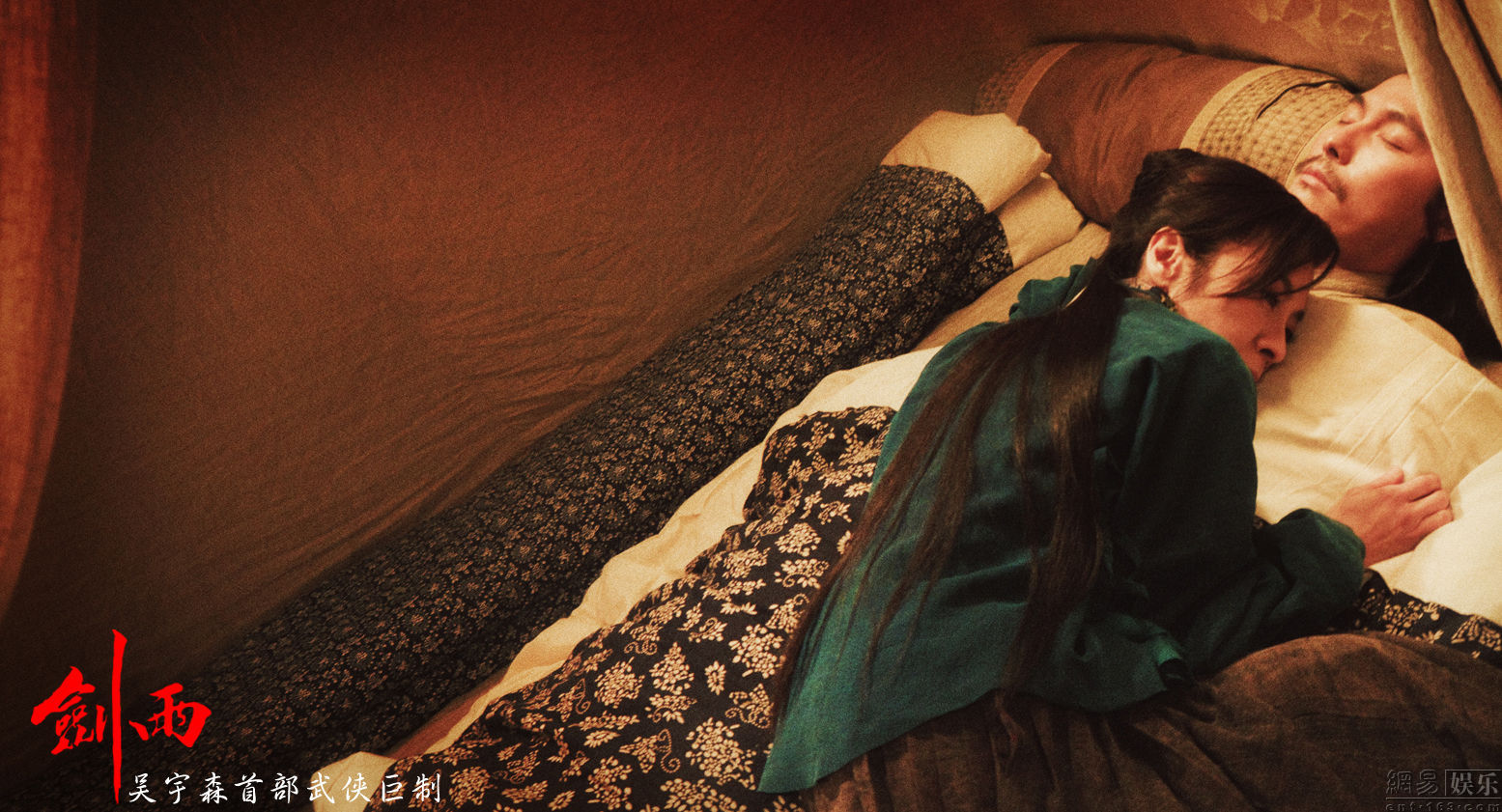 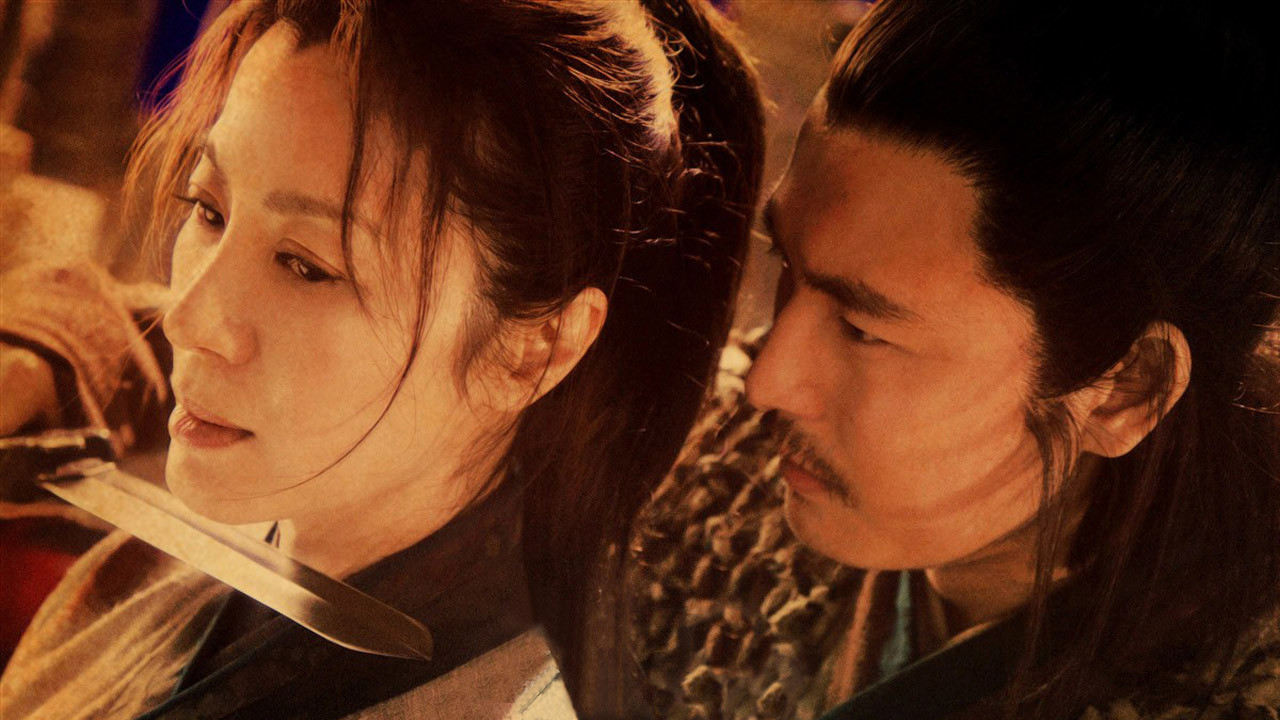 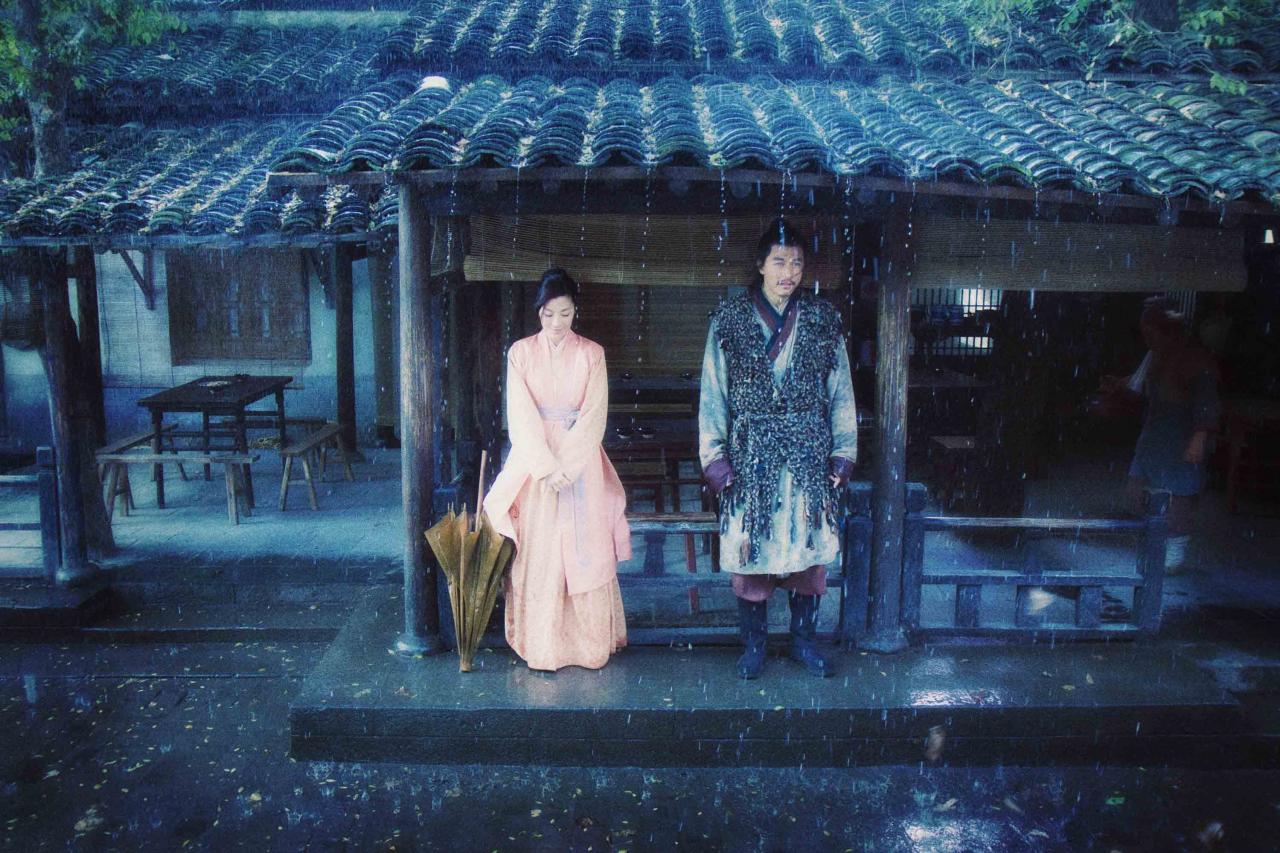