Leo Borlock is an average student at Mica High School. He gets decent grades, is a member of the school’s marching band and has always been content flying under the radar. But all that changes when he meets Stargirl Caraway, a confident and colorful new student with a penchant for the ukulele, who stands out in a crowd. She is kind, finds magic in the mundane and touches the lives of others with the simplest of gestures. Her eccentricities and infectious personality charm Leo and the student body, and she quickly goes from being ignored and ridiculed to accepted and praised, then back again, sending Leo on a rollercoaster ride of emotions.

Stargirl is a 2020 American jukebox musical romantic drama film based on the novel of the same name by Jerry Spinelli that debuted on Disney+. The film explores the tense emotions, non-conformity and self-expression of teenagers in high school, and the exuberance of first love.

The film is directed by Julia Hart, produced by Kristin Hahn, Ellen Goldsmith-Vein, Lee Stollman and Jordan Horowitz from a screenplay written by Hahn, Hart and Horowitz, and stars Grace VanderWaal and Graham Verchere.[2] The film was released on March 13, 2020.[3] The film has received mostly positive reviews from critics, who praised Hart's direction and the nostalgic tone.

After Leo Borlock's father died, he began to wear a porcupine tie in remembrance of him. At a new school, he was beaten up and his tie was cut. Since then, on each birthday, he has received a new porcupine tie from an unknown person, but he does not wear them in public. In high school, Leo (Graham Verchere) plays trumpet in the marching band and helps his friend Kevin Singh (Karan Brar), a member of the A.V. club, host an interview show. One day, a free-spirited girl, Stargirl Caraway (Grace VanderWaal), arrives and makes an impression on Leo when she sings "Happy Birthday" to him on a ukulele in front of the school. Later, while their losing football team, the Mudfrogs, are playing, Stargirl performs a song, "Be True to Your School", that energizes them, and they almost get their first win. Kevin and Leo invite her onto their show, but she politely declines.

Stargirl becomes a good luck charm for the football team when she sings "We Got the Beat". She begins hanging out with Leo and tries to get him to come out of his shell. Archie (Giancarlo Esposito), the owner of the local paleontologist camp, tells Leo that Stargirl, lives with her single mother and was homeschooled much of her life. She learned about Leo through Archie. Later, Stargirl tries out for the Speech regionals against Kevin and wins with her unusual speech on rats. While anonymously returning a bike to a boy who was in the hospital, Leo mentions the ties, but Stargirl denies any knowledge of it. Stargirl gives a song suggestion to Leo ("Thirteen") and kisses him for the first time. They begin dating.

During the big game, one of the opposing players is severely injured. Stargirl rides with him to the hospital, confusing everyone. Afterward, Leo tells Stargirl that everyone was demoralized and that the school lost. The next day, the students are hostile to Stargirl. Leo's friends are upset, but they forgive him and apologize for being distant with him. Kevin invites Stargirl onto his show to explain herself. Stargirl reveals that her real name is Susan; she chose Stargirl because everyone is made of stardust. The audience of students turns on her when a popular student named Hillari (Shelby Simmons) scolds her for inconsiderately returning a bike to her brother, who was permanently injured while riding it. Stargirl runs off in tears.

Leo suggests that Stargirl act like everyone else, much to her consternation, but she starts calling herself Susan and wearing clothes like those of her classmates. At the Speech regionals, Leo asks her to the Winter Dance, and she accepts. Stargirl is about to give a speech on internet privacy, but shifts to a speech on flowers, which wins her first place. Although it is the very first trophy won at the school, nobody pays attention to it. Stargirl decides that being Susan betrays her identity. Leo begins to feel awful, but gets encouragement from his mother (Darby Stanchfield) and Kevin.

Stargirl sends Leo her collection of records, a record player and an invite for a "big surprise" at the dance. When Leo arrives, Stargirl reveals her surprise: him singing in front of everyone. Leo reluctantly gets up and performs his and his father's favorite song, "Just What I Needed", leading everyone to dance in the courtyard. Stargirl apologizes to Hillari and disappears from the party. Leo discovers that Stargirl moved away, but she has influenced the school in a positive way, and they eventually win more trophies. Leo continues to get ties from Stargirl, and Archie reveals that she collected information on the townsfolk to help them. Even after graduating high school, Leo never forgets what Stargirl did for him ("Give Me Love (Give Me Peace on Earth)").

In a post-credits scene, at an unspecified time, Stargirl sings a song to Leo ("Today and Tomorrow").

On July 15, 2015, it was announced that director Catherine Hardwicke was set to direct an adaptation of Jerry Spinelli's novel Stargirl for Walt Disney Pictures. The novel was initially adapted by Kristin Hahn who was also set to produce the film. Production companies involved with the film were expected to include Gotham Group and BCDF Pictures, with the latter also financing the film.[4]

On February 8, 2018, it was announced that a new iteration of the screenplay had been developed, Hardwicke would be replaced by Julia Hart as the director, and the film would be produced by Walt Disney Pictures. The film would premiere on Disney+, Disney's streaming service that launched in late 2019.[5] The following month, it was confirmed that the production was in the late stages of development, that Hahn's screenplay was still being utilized, and that she would continue to serve as a producer alongside Ellen Goldsmith-Vein and Lee Stollman. Production companies were to include Gotham Group and Hahn's production company Hahnscape Entertainment.[6] By June 2018, Hart had polished Hahn's script with her husband Jordan Horowitz, who also served as an executive producer for the film.[7]

In 2015, it was announced that the production would star Joey King and Charlie Plummer as Stargirl and Leo, the boy who narrates the story.[8] By June 2018, however, singer Grace VanderWaal had been cast to star, in her debut acting role, as the title character.[7] By August 2018, Graham Verchere had been cast as Leo.[9] By September 2018, Giancarlo Esposito, Karan Brar, Darby Stanchfield, and Maximiliano Hernández had been cast in supporting roles.[2]

Filming was originally scheduled to commence in the fall of 2015 in New Mexico.[4][8] Principal photography was delayed, however, until September 2018 in New Mexico and wrapped on November 16, 2018.[10] Filming locations in the state included Albuquerque and Truth or Consequences.[11][12][13]

On review aggregator Rotten Tomatoes, the film holds an approval rating of 72%, based on 39 reviews, with an average rating of 6.36/10; the audience rating was 86% on May 23, 2020. The website's critical consensus reads, "Stargirl's feel-good story hits familiar coming-of-age beats, but self-assured performances and an earnest mission worn proudly make it a tune worth listening to."[14] On Metacritic, the film has a weighted average score of 60 out of 100, based on 12 critics, indicating "mixed or average reviews".[15]

Pete Hammond of Deadline Hollywood gave the film a favorable review. He complimented the performances of both VanderWaal and Verchere and called the movie "sweet and smart."[16] Sheila O'Malley from RogerEbert.com gave the film a mixed review. She criticized VanderWaal's performance and complained that numerous aspects of the film, mostly centering around Leo's and Stargirl's relationship, did not make sense. However, she praised the visual appearance of the film as well as its message, giving it two stars out of four.[17] Courtney Howard, in Variety, however, praised the principal performances: "[VanderWaal] ropes us into the mystery of her character reveal with heaping amounts of magnetism and grounded authenticity. It's no surprise that the music-driven scenes really showcase her power. ... She and Verchere, who's a genuinely sweet cross between Jessie [sic] Eisenberg and Michael Cera sharing the physicality and vocal tonalities of each, are a remarkable pairing." She also commented that "Hart and her collaborators adeptly utilize the textural language of cinema to heighten and underline thematic ties."[18]

A sequel, Hollywood Stargirl, is in production.[19] Hart is set to return to direct, and VanderWaal is reprising her role as Stargirl Caraway. Elijah Richardson and Judy Greer are also set to star,[20][21] with Greer replacing Arrington as Ana, Stargirl's mother, and Richardson set to play Evan, the romantic lead. The sequel will focus on the titular character experiencing fame and success.[22] Uma Thurman is cast as Roxanne Martel, a musician that Stargirl admires, and Michael Penn is set to write music for the film; Hart and Horowitz are writing the screenplay.[23] Judd Hirsch and Tyrel Jackson Williams have been cast as, respectively, Mr. Mitchell, Stargirl's new neighbor, and Terrell, Evan's older brother and aspiring filmmaker.[24] 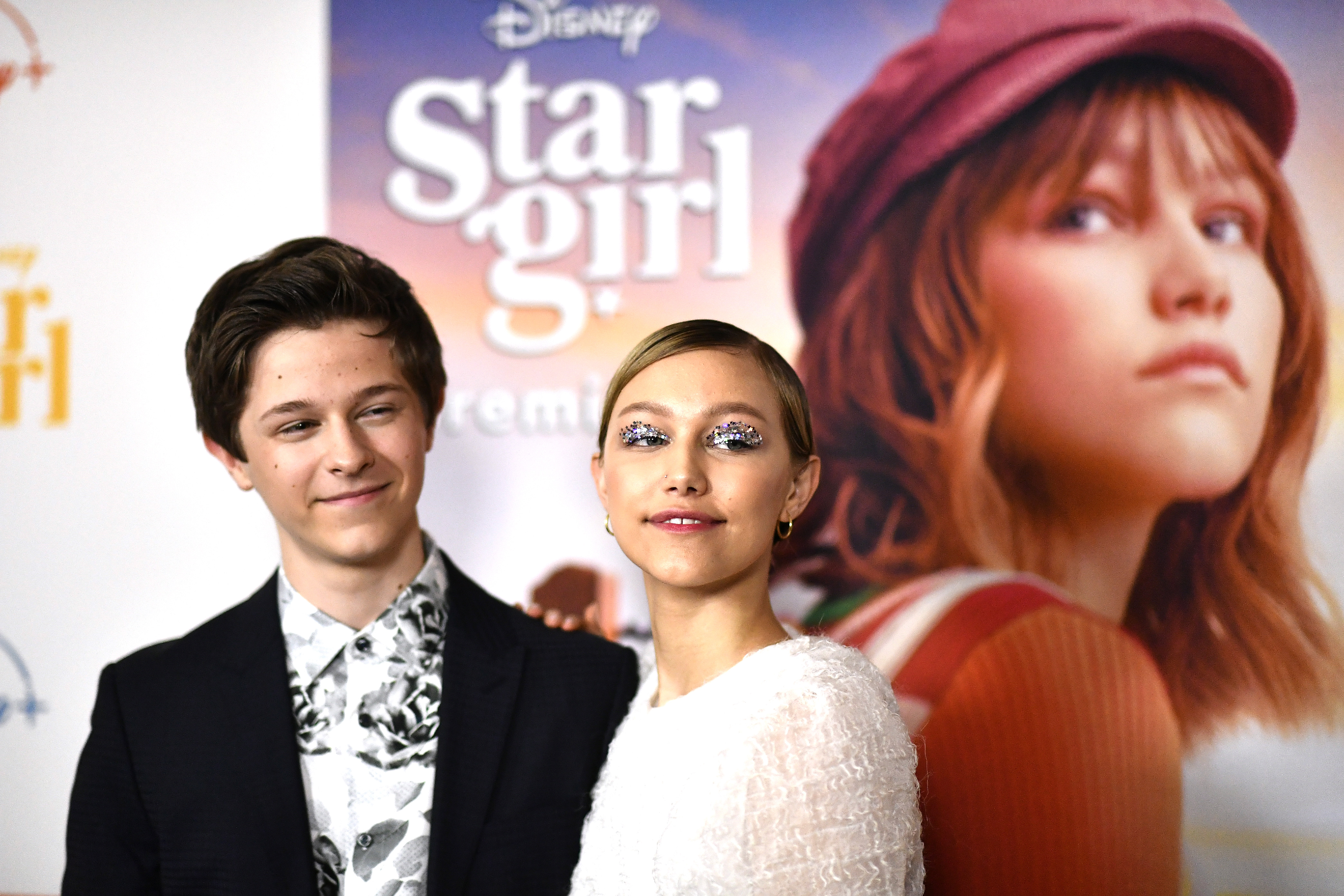 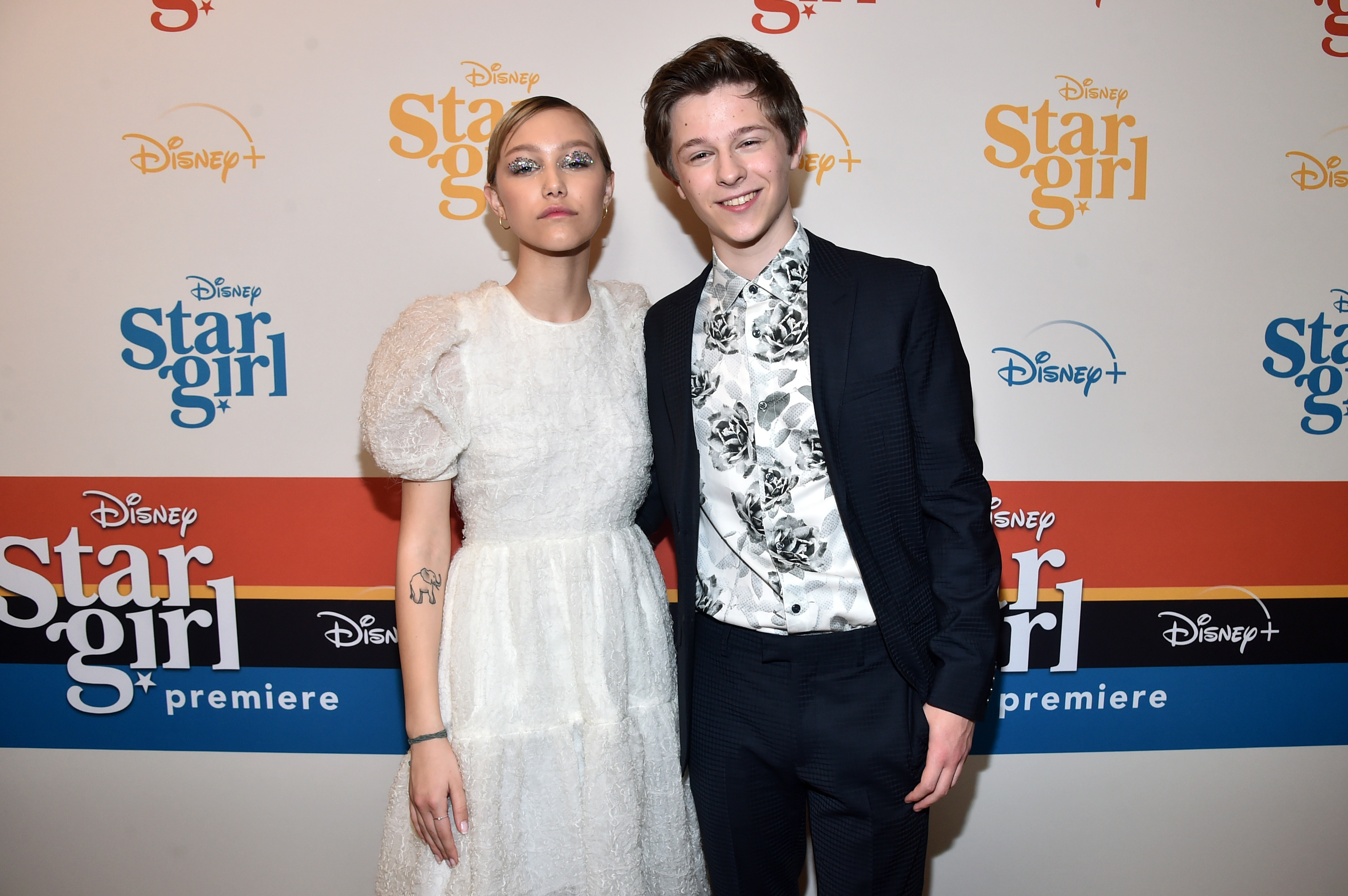 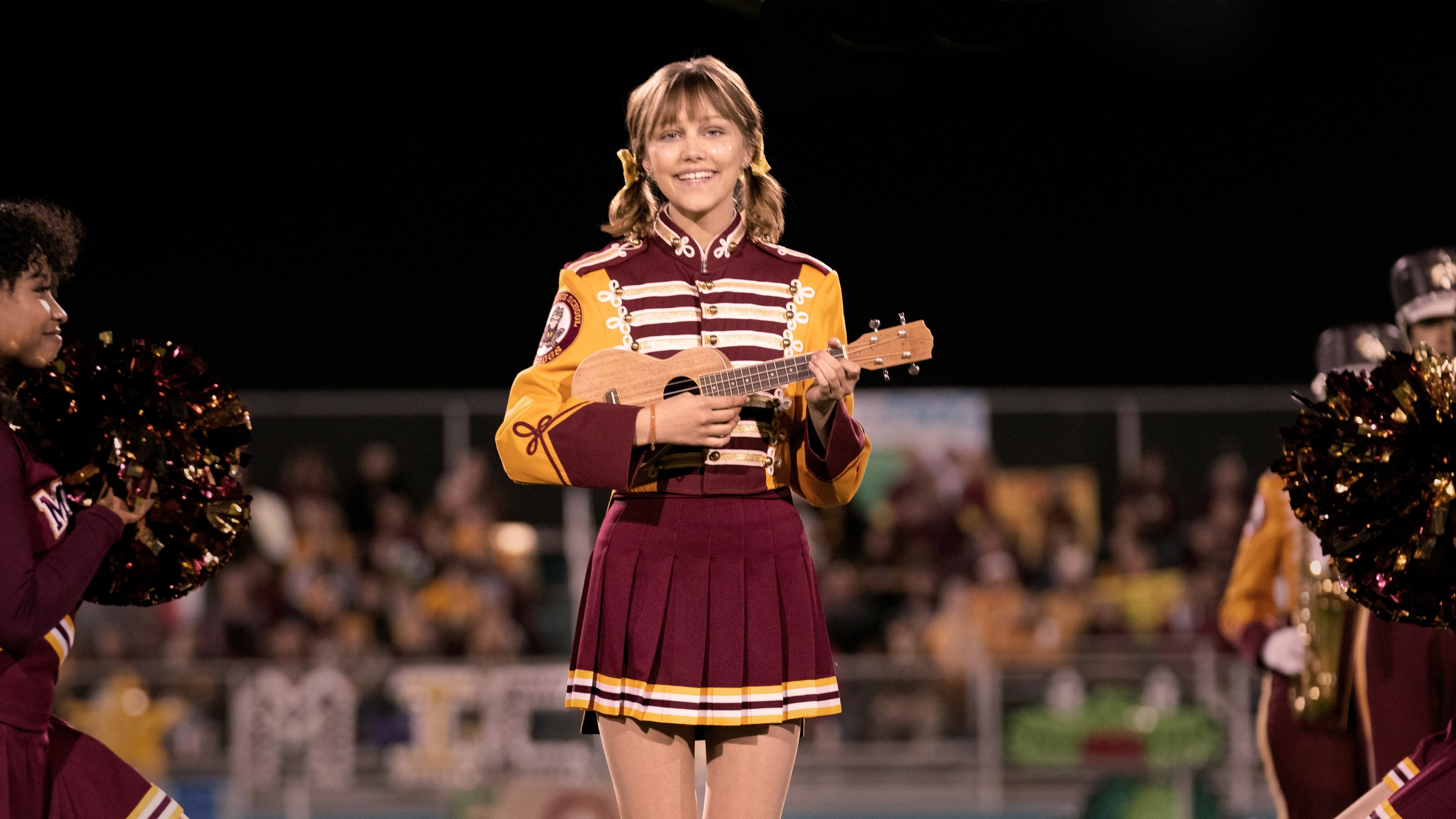 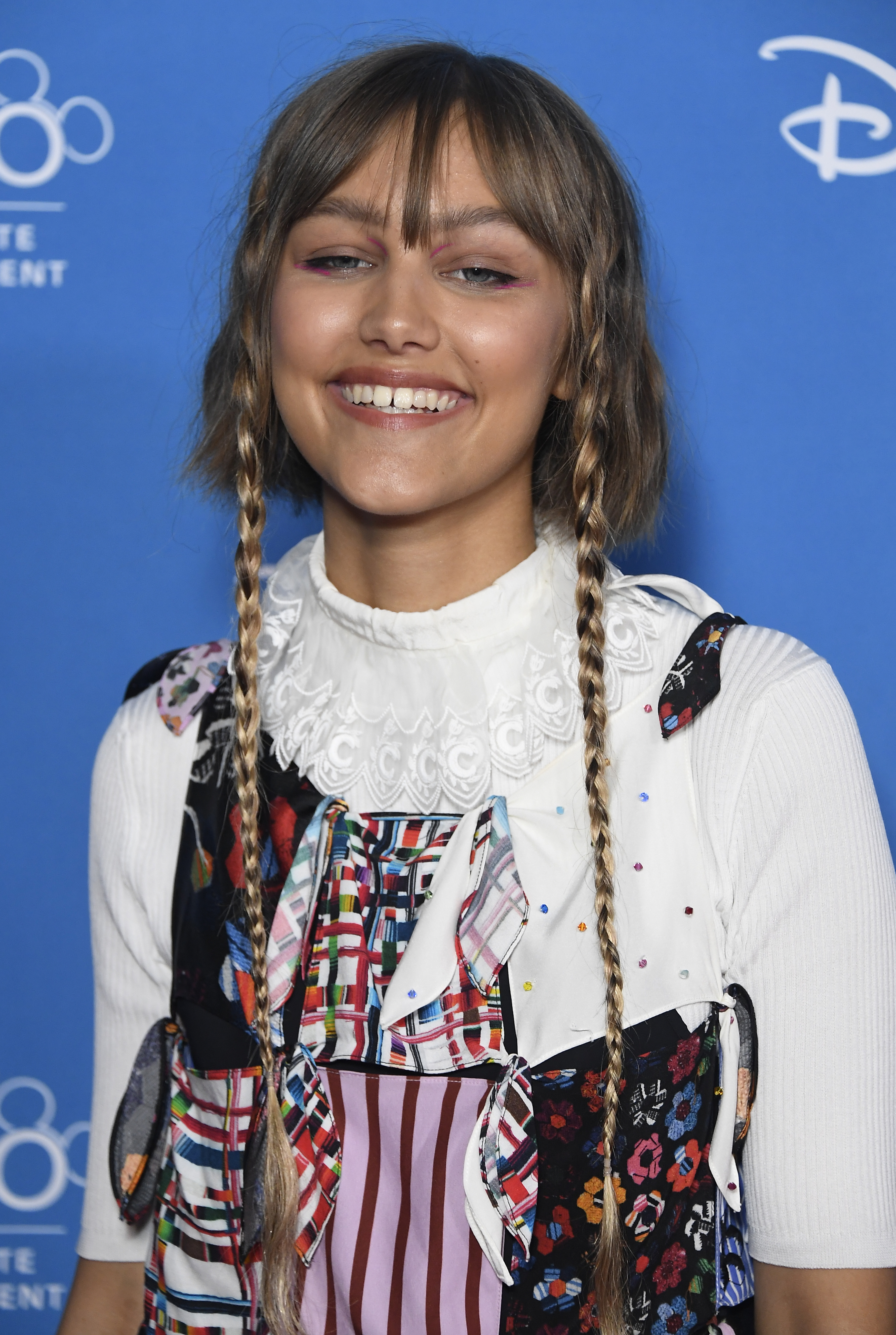 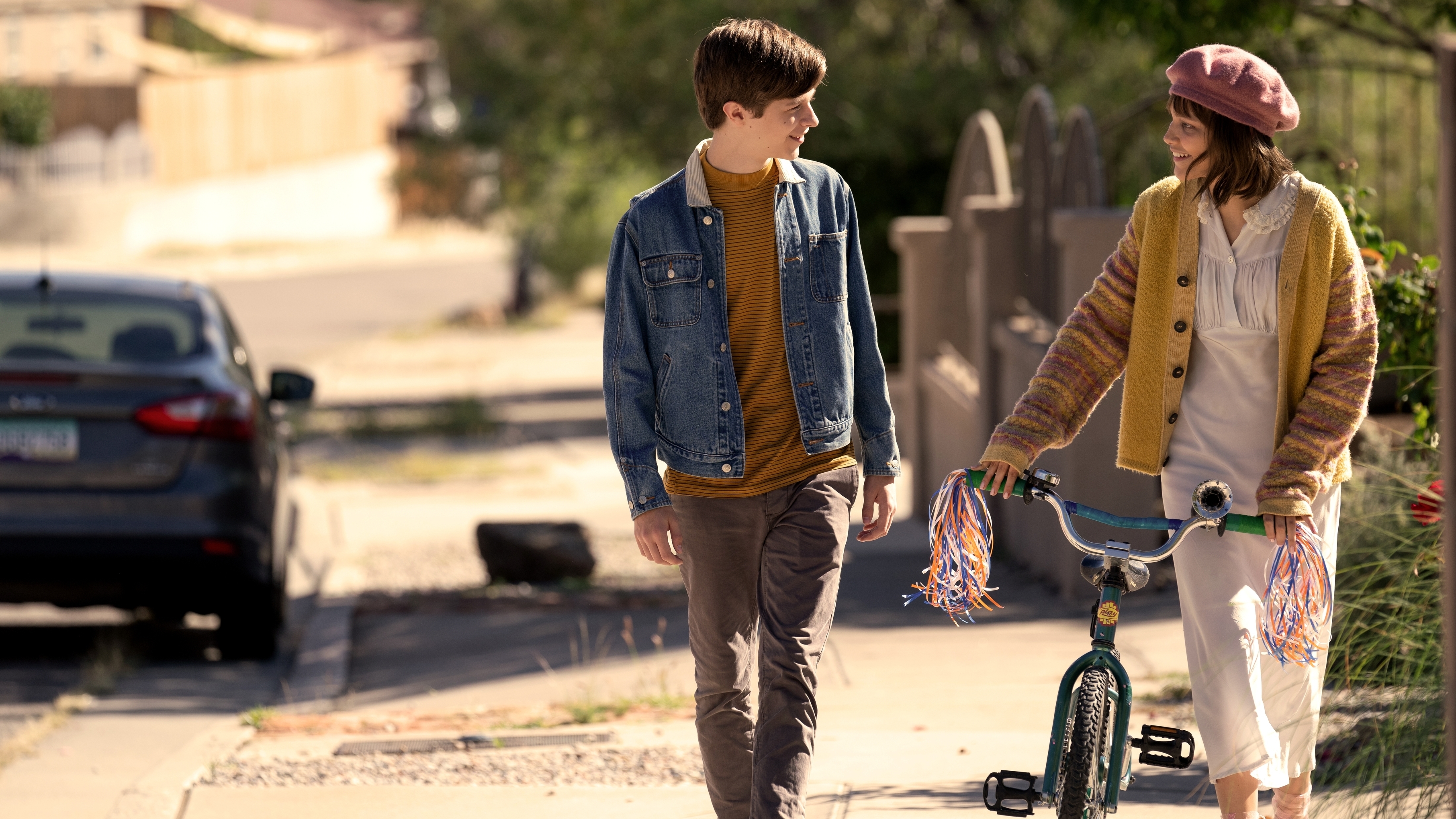 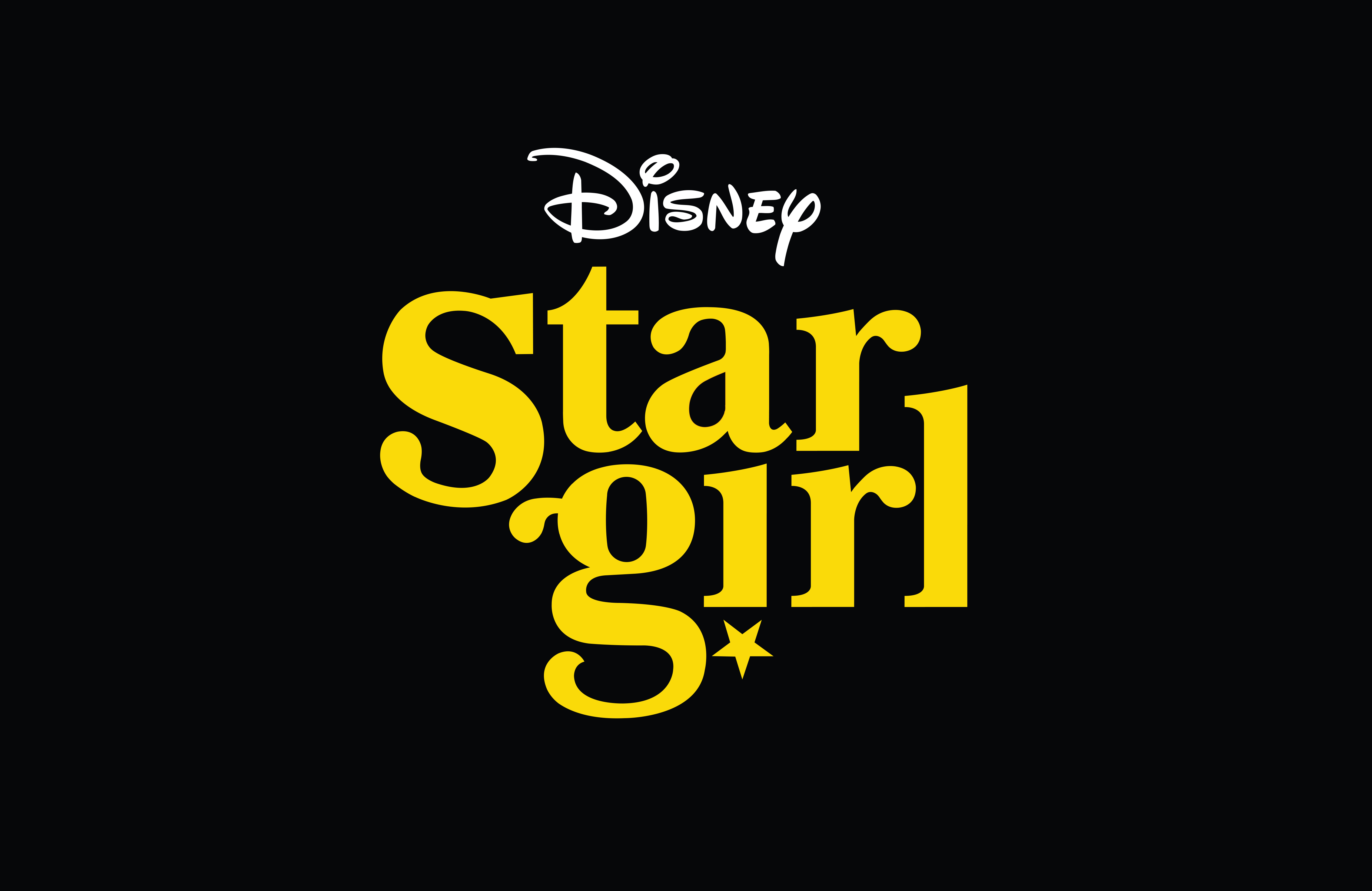 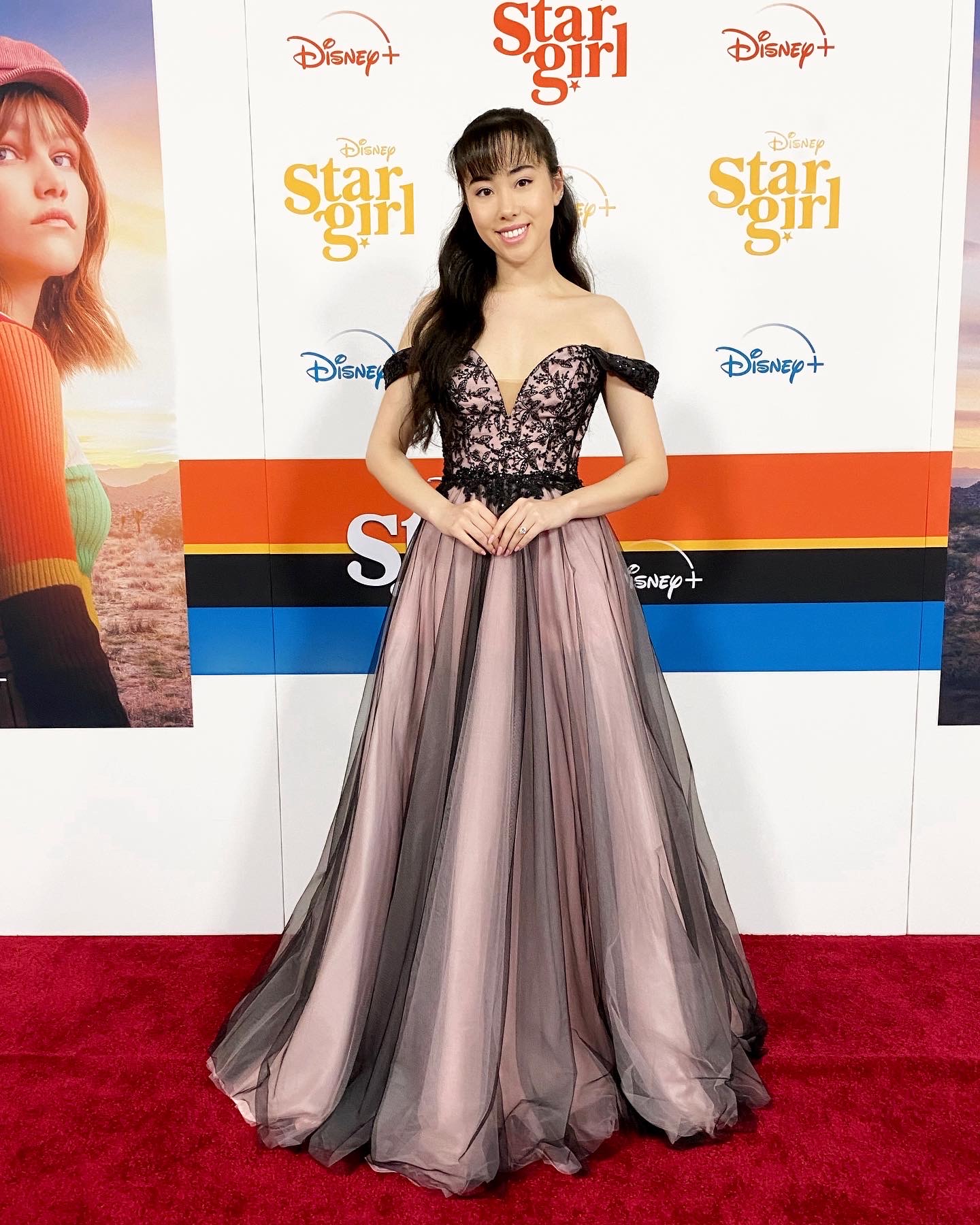 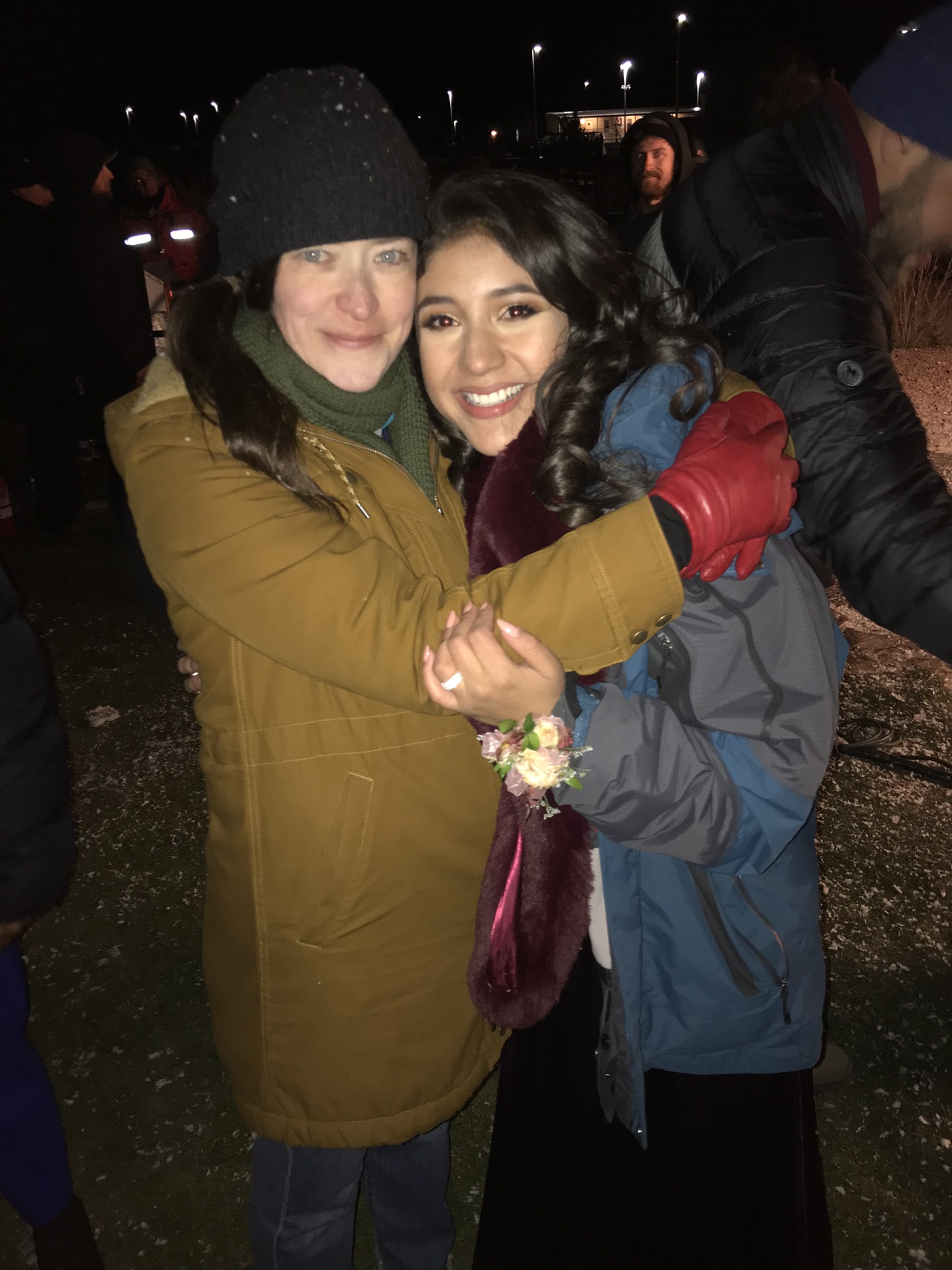 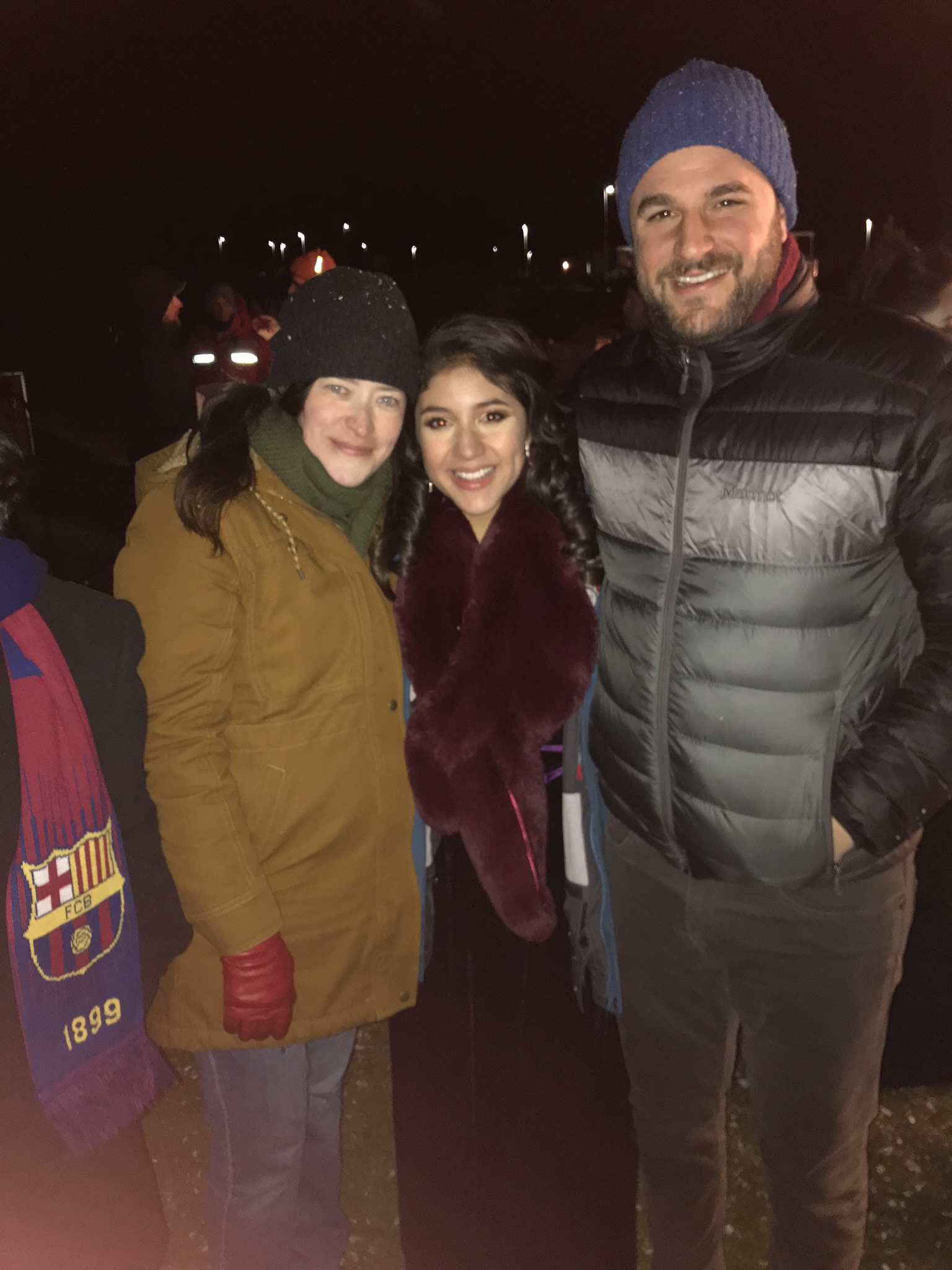 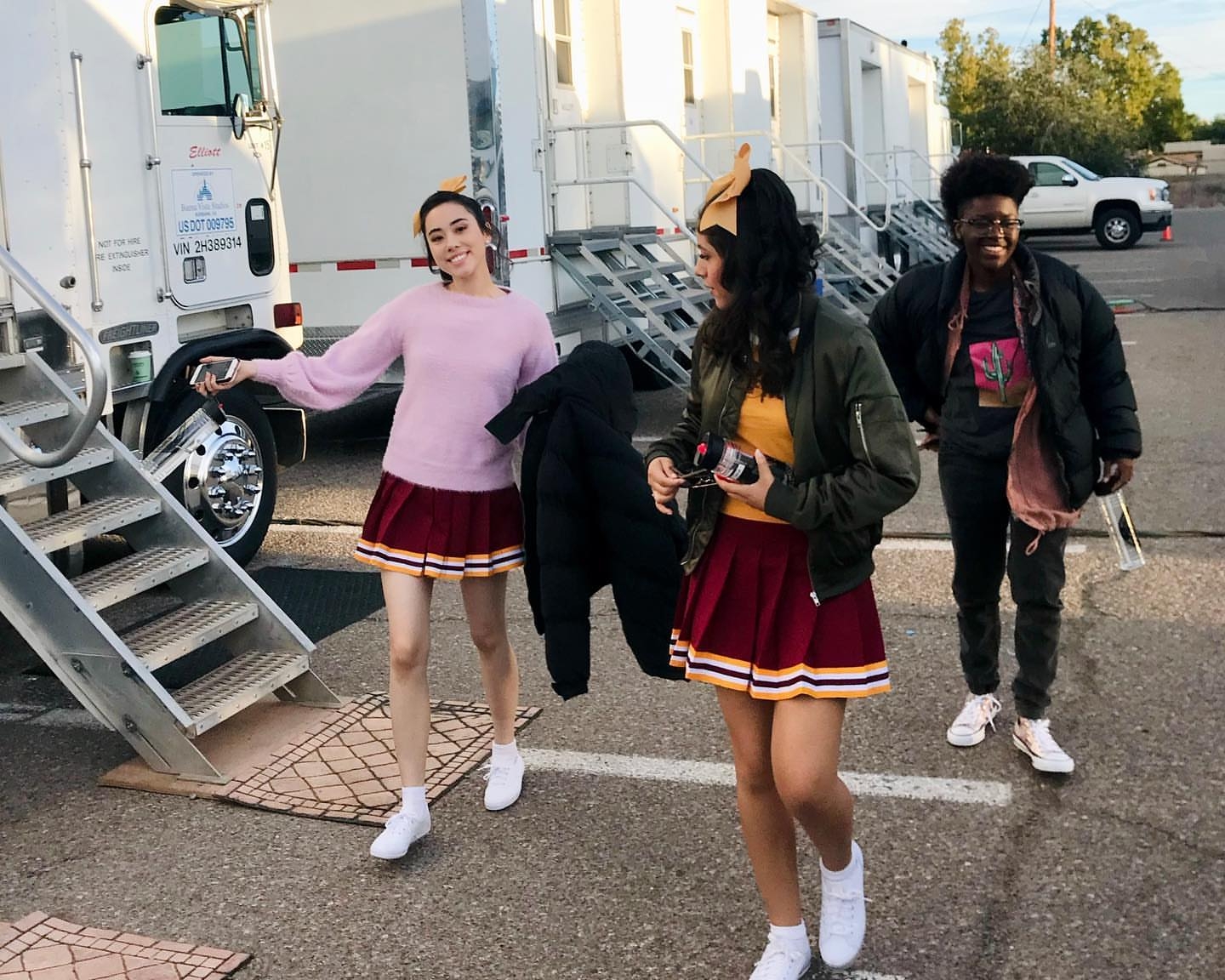 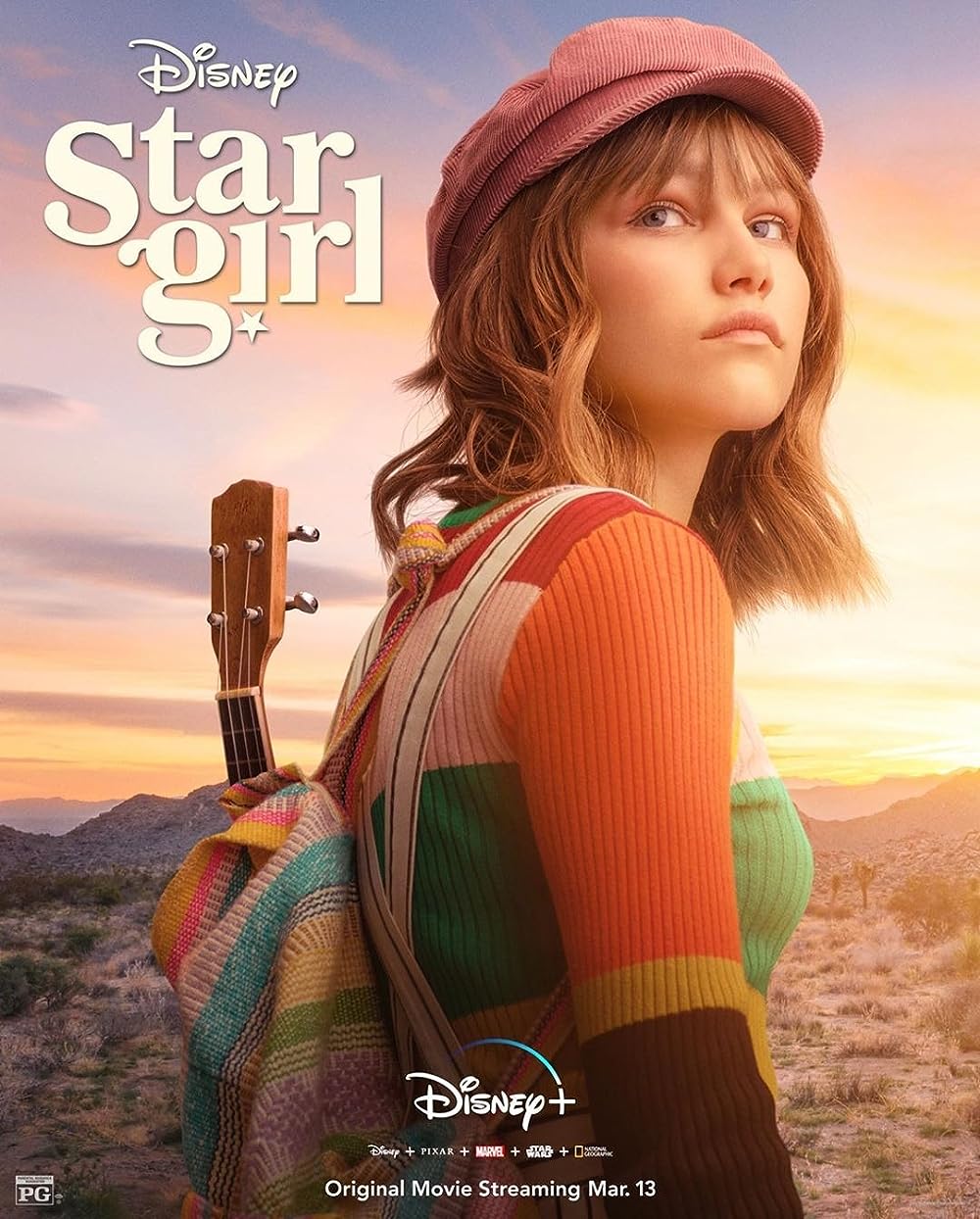 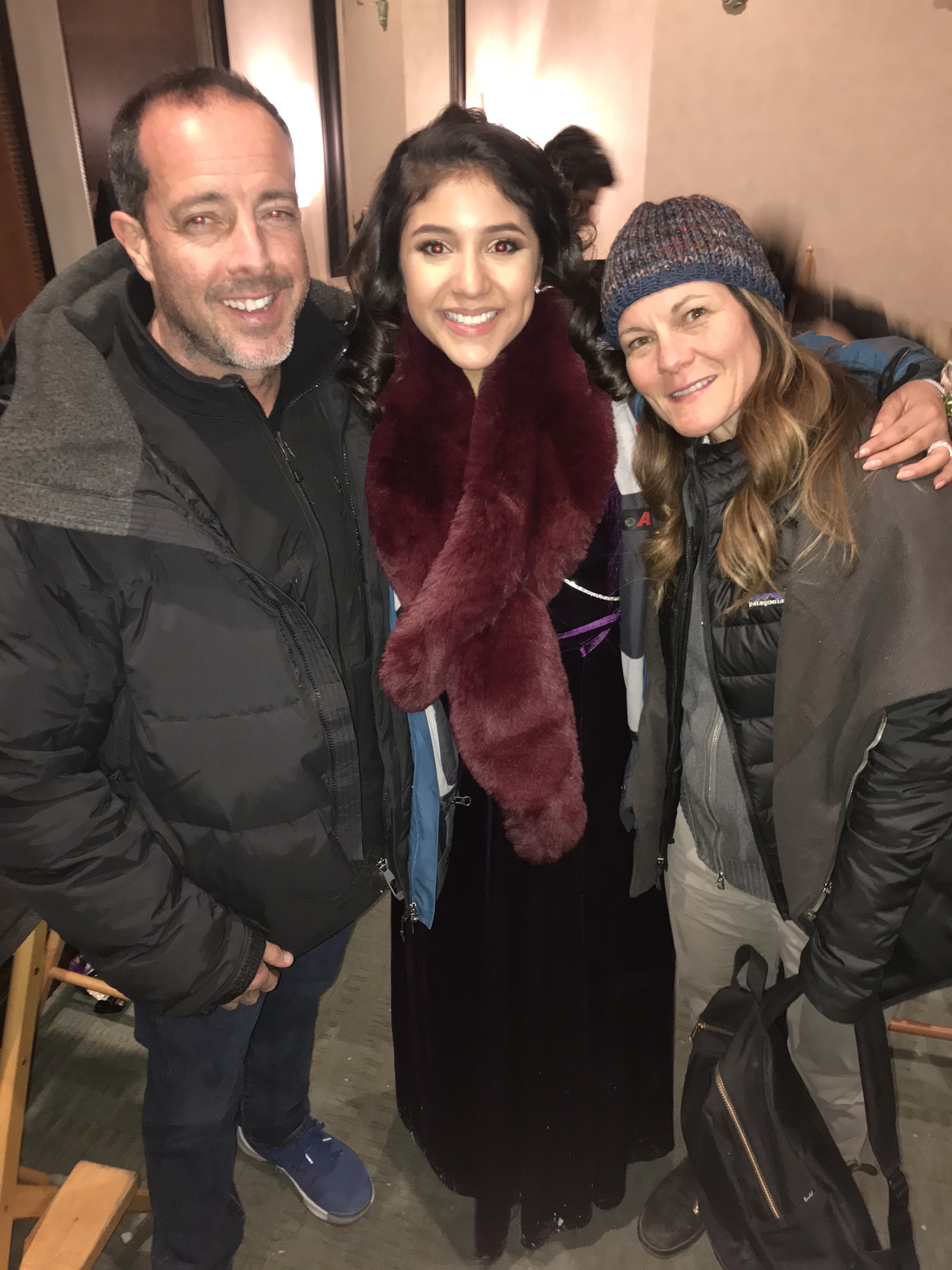 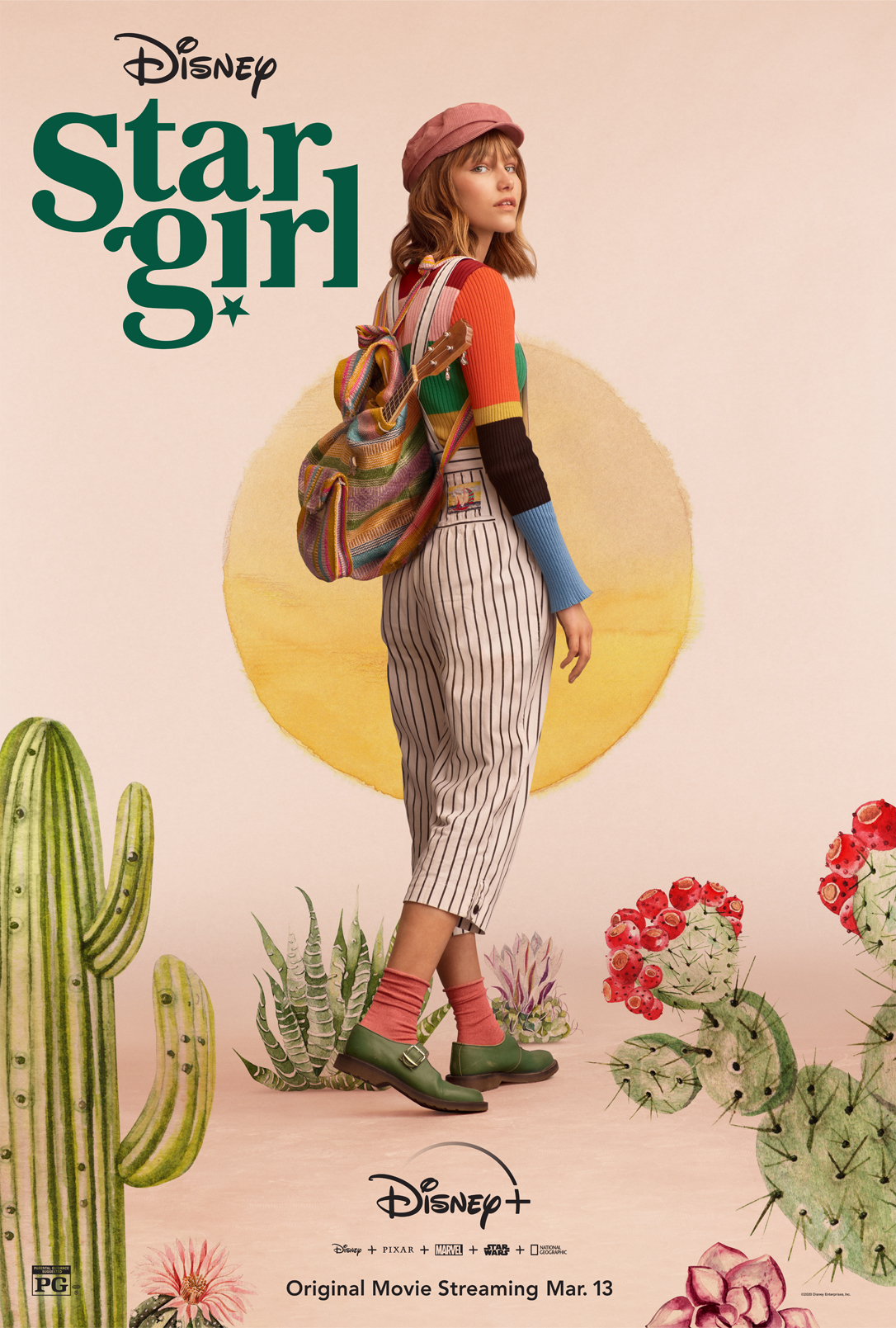 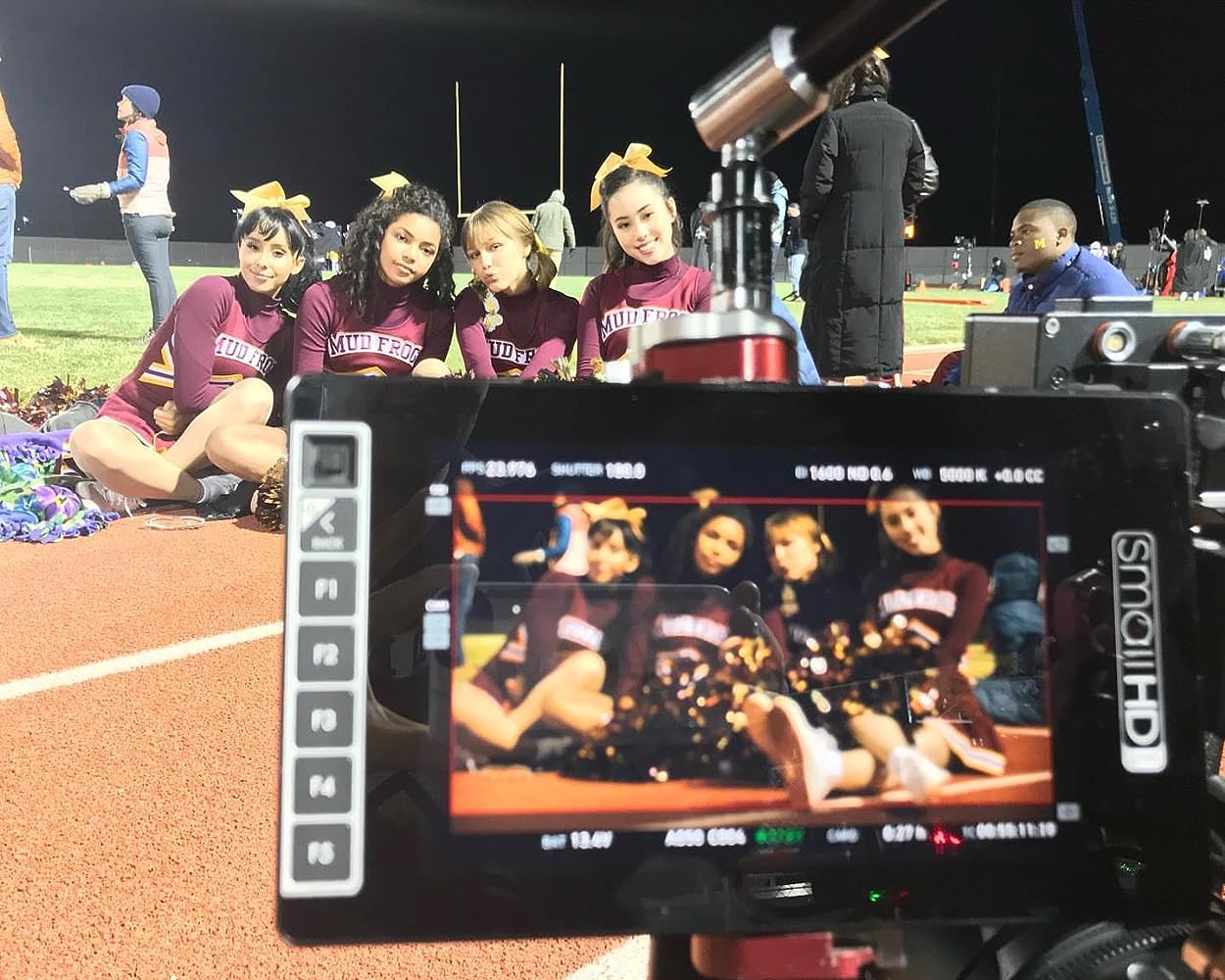 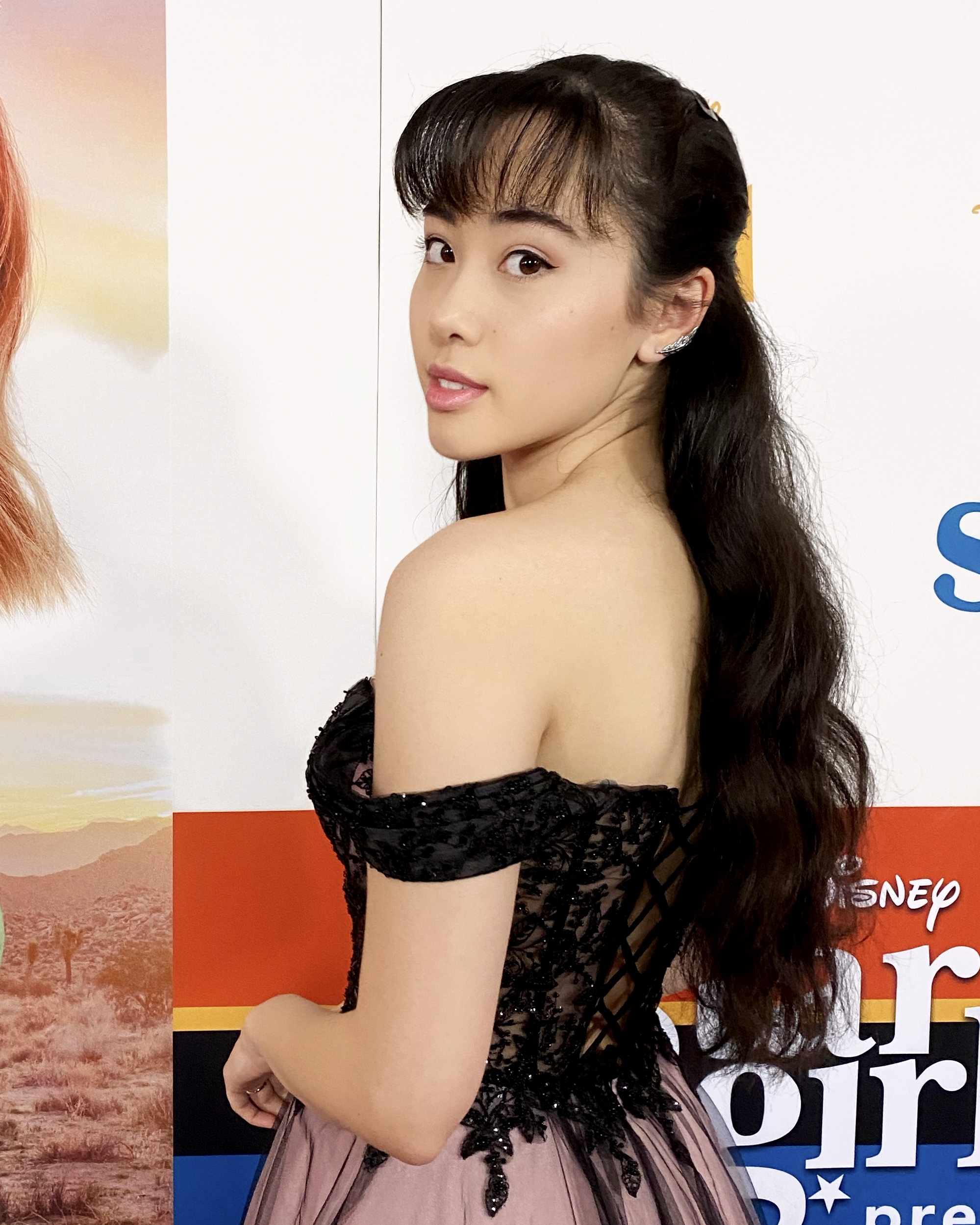