Two couples on an oceanside getaway grow suspicious that the host of their seemingly perfect rental house may be spying on them. Before long, what should have been a celebratory weekend trip turns into something far more sinister.

The Rental is a 2020 American horror film produced and directed by Dave Franco, in his feature directorial debut. Franco co-wrote the screenplay with Joe Swanberg from a story by Franco, Swanberg, and Mike Demski. It stars Dan Stevens, Alison Brie, Sheila Vand, Jeremy Allen White, and Toby Huss, and follows two couples who begin to suspect they are being watched in the house they rented.

The film was released on video-on-demand and in select theaters in the United States on July 24, 2020, by IFC Films. It received generally positive reviews from critics, and became the second film to ever top VOD charts and the box office in the same weekend.

Charlie, his wife Michelle, his brother Josh, and his business partner Mina (who is also Josh's girlfriend) rent a seaside house for a weekend getaway. Upon arriving at the remote property, the group meets the property caretaker Taylor, who acts oddly and makes passive aggressive comments to Mina, presumptuously in response to a comment by her. Mina becomes offended and challenges Taylor, before Taylor calms down the situation and both cool off. After Taylor leaves, Mina, Josh, and Charlie take MDMA while Michelle goes to bed.

Josh passes out on a couch, and Mina and Charlie have sex in the shower after kissing in the hot tub. The next morning, a hungover Mina and Charlie agree they can never be intimate again, while Josh mentions to Michelle that Charlie has cheated on several former girlfriends, making Michelle doubt Charlie. Mina discovers a camera in the showerhead and alerts Charlie. The two are confident that Taylor has installed the cameras and filmed them. Charlie stops her from alerting the police, reasoning that doing so would mean that in the police inquiry, Michelle and Josh would see the footage of them having sex. Charlie convinces Mina not to say anything to Josh or Michelle and they will leave as soon as possible, thinking that if Taylor ever revealed the footage, he would also reveal that he was spying via the camera.

That night, Michelle takes MDMA and calls Taylor to fix the hot tub. He arrives drunk, fixes the hot tub and then Mina privately confronts Taylor about the hidden camera in the shower, which he claims to be unaware of. He attempts to call the police himself but Mina tries to stop him. Hearing the commotion, Josh rushes in and, assuming Taylor is attacking Mina, beats him unconscious. Mina is forced to explain the hidden camera in the shower, but does not reveal that she had sex with Charlie. The group gather in the living room to decide what to do. Meanwhile, a masked man sneaks inside and smothers Taylor to death. When the others return and find Taylor dead, they assume that he died from the injuries inflicted by Josh.

A frantic Michelle demands they call the police, but Charlie refuses to let his brother go to jail, and says they should stage Taylor's death as an accident by throwing him off the cliff into the ocean. Despondent at her husband's coldness, Michelle stays behind while the others carry Taylor's body to the cliff. The body falls onto an outcrop, forcing Josh to go down and push it into the sea. Back at the house, Michelle hears the sound of a shower and finds a television that shows footage of Mina and Charlie having sex the night before. When the others return, they find her leaving; Charlie tries to stop her but she tells him she saw the video and leaves. Down the road, she drives over a spike strip and crashes into a tree. Someone is seen rushing her vehicle as she is about to text Charlie.

Charlie gets a text from Michelle's phone and goes to search for her. He finds her dead body in the road and is then ambushed and murdered by the masked man. Back at the house, Mina and Josh are looking for the shower camera's transceiver to destroy any footage it recorded. Josh receives messages from Charlie's phone that confirm Charlie and Mina had sex. Josh hears someone enter the house and thinking it is Charlie, rushes to confront him. Instead, the masked man ambushes and kills Josh. Mina flees outside, pursued by the masked man. Sprinting through the forest in the darkness and fog, Mina accidentally runs off a cliff and into the ocean.

The masked man returns to the house, removing all evidence and surveillance equipment. He rents a new property and installs cameras into it. During the credits, footage is shown from the hidden cameras of the oblivious new renters, and the masked man attacks a sleeping couple.

In March 2019, it was announced Alison Brie, Dan Stevens, Sheila Vand and Jeremy Allen White had joined the cast of the film, with Dave Franco directing from a screenplay he wrote alongside Joe Swanberg.[4] Franco, Elizabeth Haggard, Ben Stillman, Teddy Schwarzman, Swanberg and Christopher Storer served as producers on the film, under their Ramona Films and Black Bear Pictures banners, respectively, while Michael Heimler and Sean Durkin acted as executive producers.[5]

In April 2020, IFC Films acquired distribution rights to the film and scheduled it to be released on July 24, 2020.[8] Due to the COVID-19 pandemic, the film held its premiere at the Vineland Drive-In theatre in City of Industry, California on June 18, 2020.[9]

The film made an estimated $130,000 from 251 theaters in its first day, and $420,871 over the weekend, topping the box office.[10] It also was the top-rented film on Apple TV, the iTunes Store and other streaming services, becoming just the second film to ever top both the box office and rental charts.[11] In its second weekend the film retained the top spot at the box office, grossing $290,272 from 242 theaters.[12] It also remained in the top 10 at the iTunes Store, Apple TV, and Spectrum's rental charts.[13] In its third weekend the film made $123,700 at the box office and came in fourth, while also remaining the top-rented horror film at iTunes.[14]

On review aggregator Rotten Tomatoes, the film holds an approval rating of 75% based on 181 reviews, with an average rating of 6.4/10. The website's critics consensus reads: "Some tricky genre juggling makes The Rental a bit of a fixer-upper, but effective chills and a solid cast make this a fine destination for horror fans."[15] On Metacritic, the film has a weighted average score of 62 out of 100, based on 30 critics, indicating "generally favorable reviews".[16]

Writing for the Chicago Sun-Times, Richard Roeper gave the film three-and-a-half stars out of four, saying: "The Rental would have worked purely as a compelling character study about four dysfunctional adults unraveling over the course of a long weekend — but when the presence of a homicidal maniac is introduced to the proceedings, the transition to horror film is brilliant and wacky and pretty darn great."[17] Owen Gleiberman of Variety said the film had "tense flavor and skill" and wrote: "There's some crafty artistry at work in The Rental, and also some fairly standard pandering, which feels like a violation of the movie's better instincts. That said, most of it is skillful and engrossing enough to establish Franco as a director to watch."[18]

Franco has voiced his interest in a sequel, saying: "It was the intention from the beginning to leave the ending ambiguous enough that we carry on the story if given a chance... I have a very strong idea for what I would want to do with a sequel."[7] 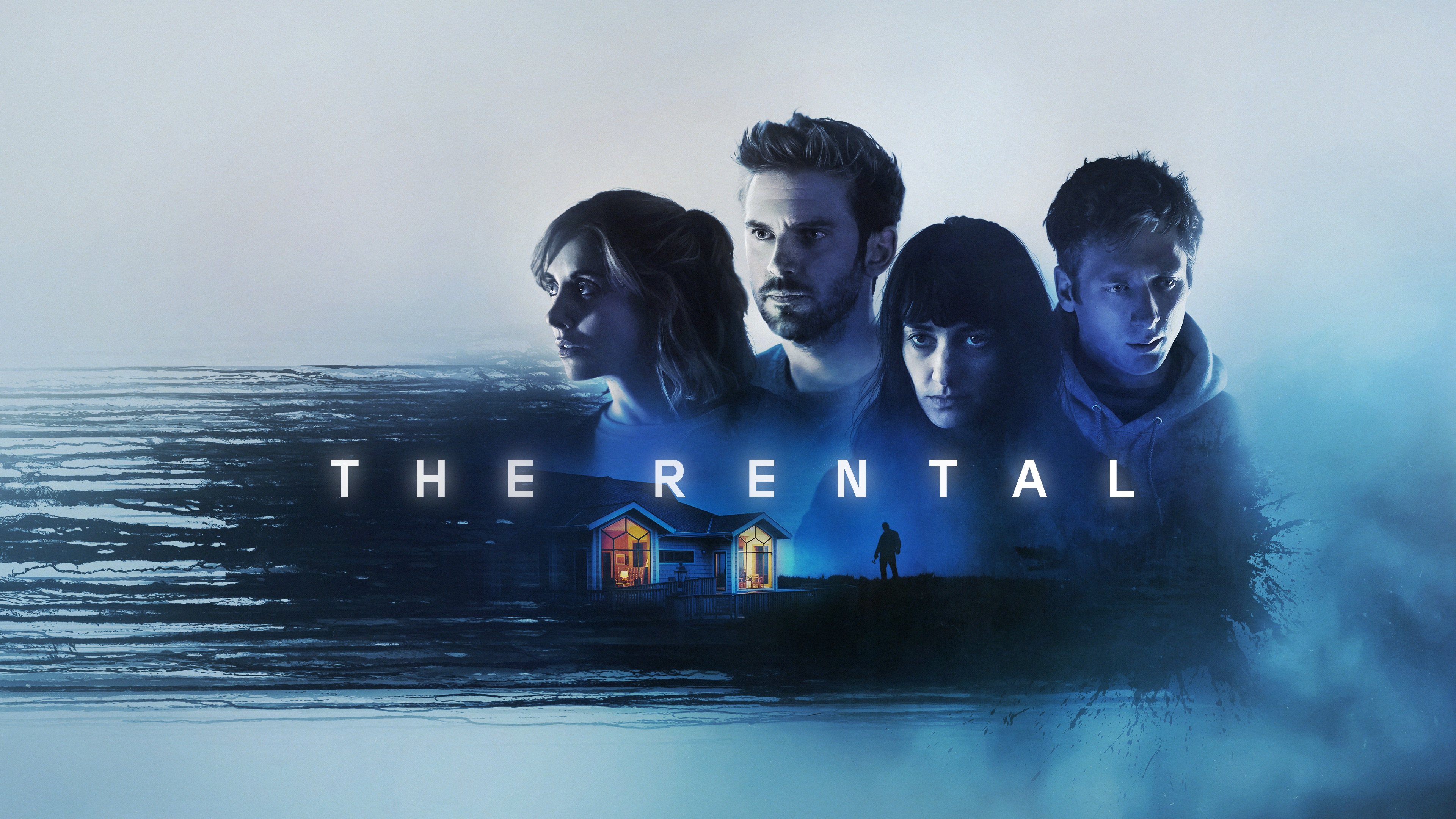 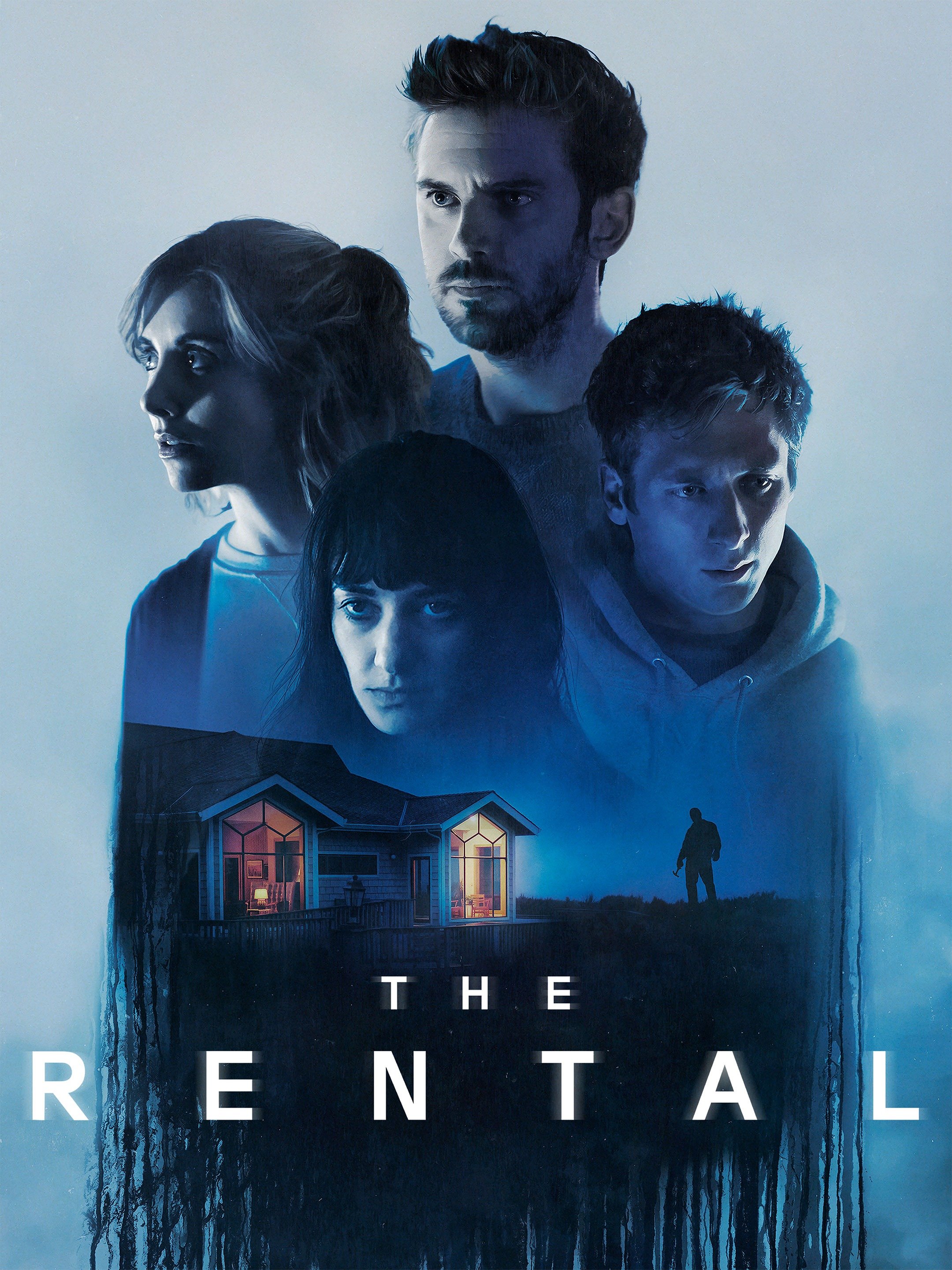 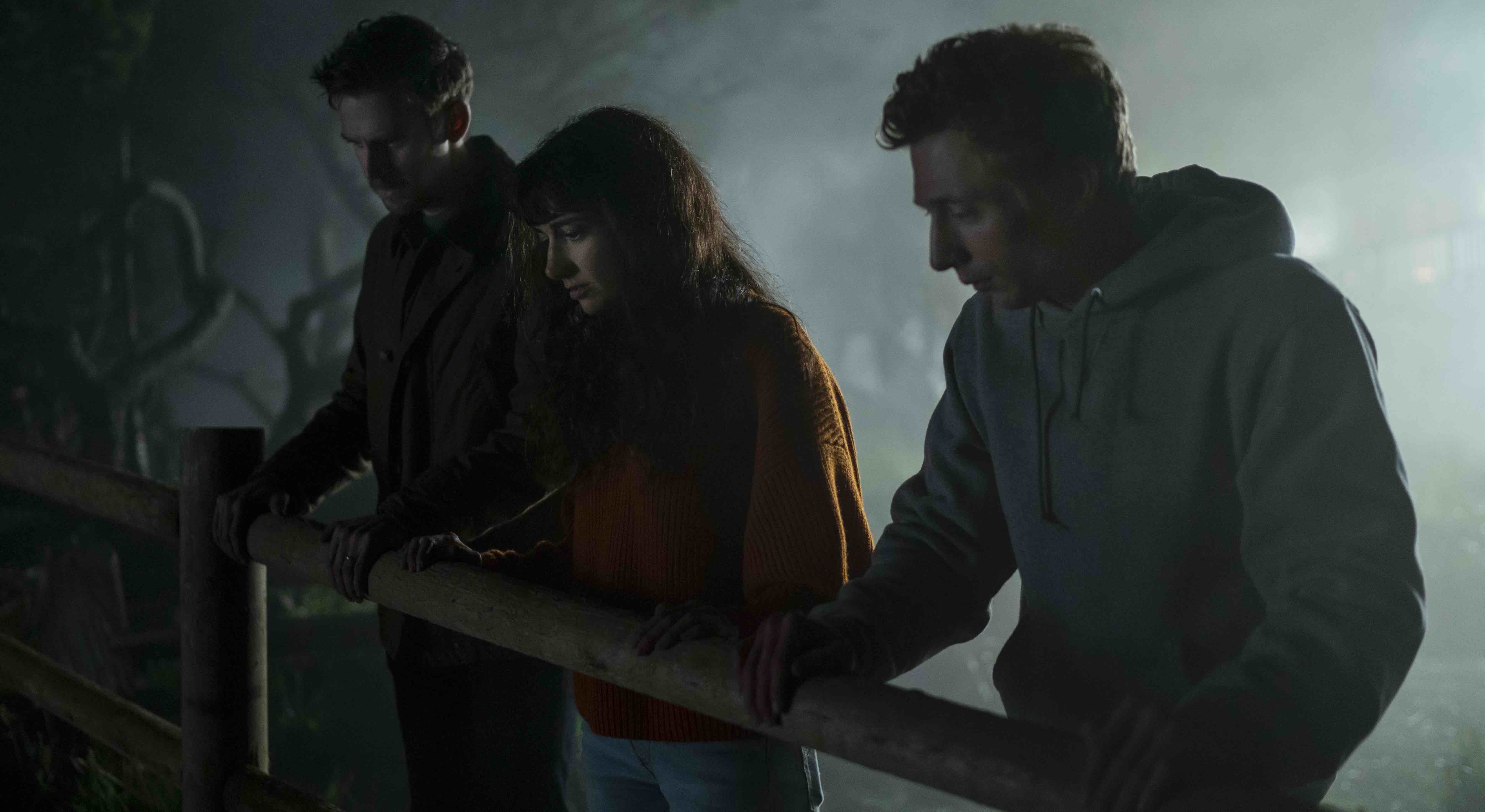 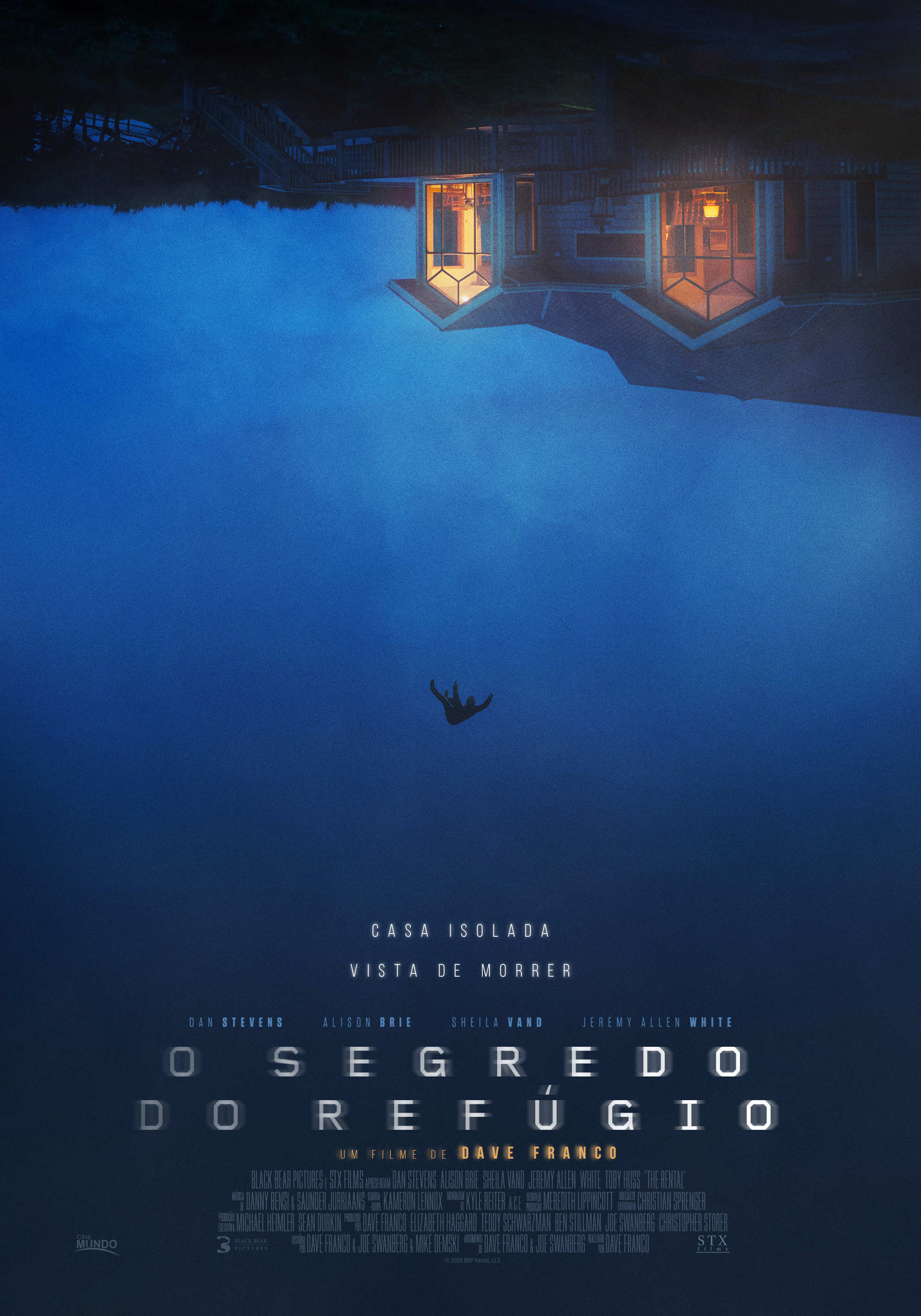 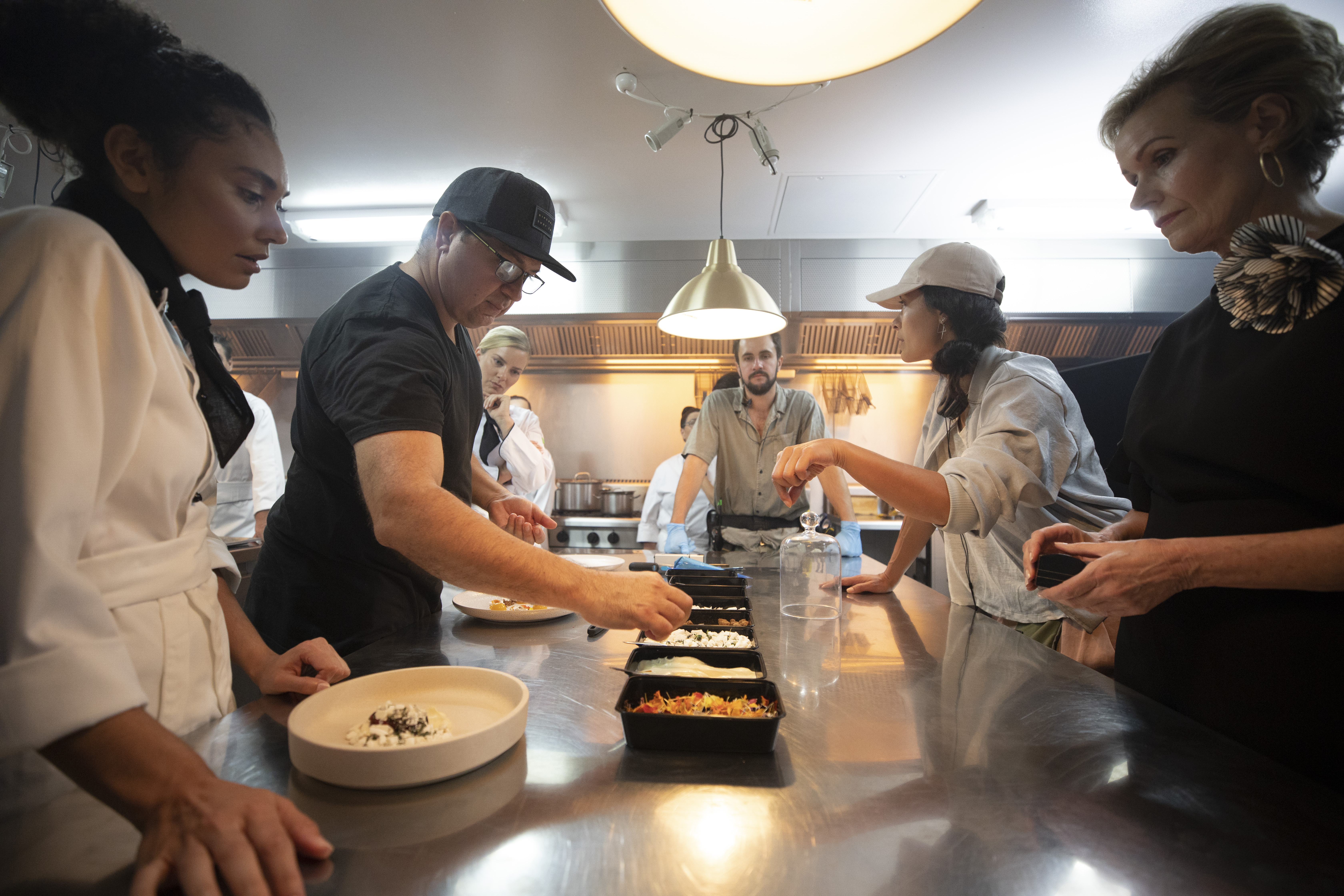 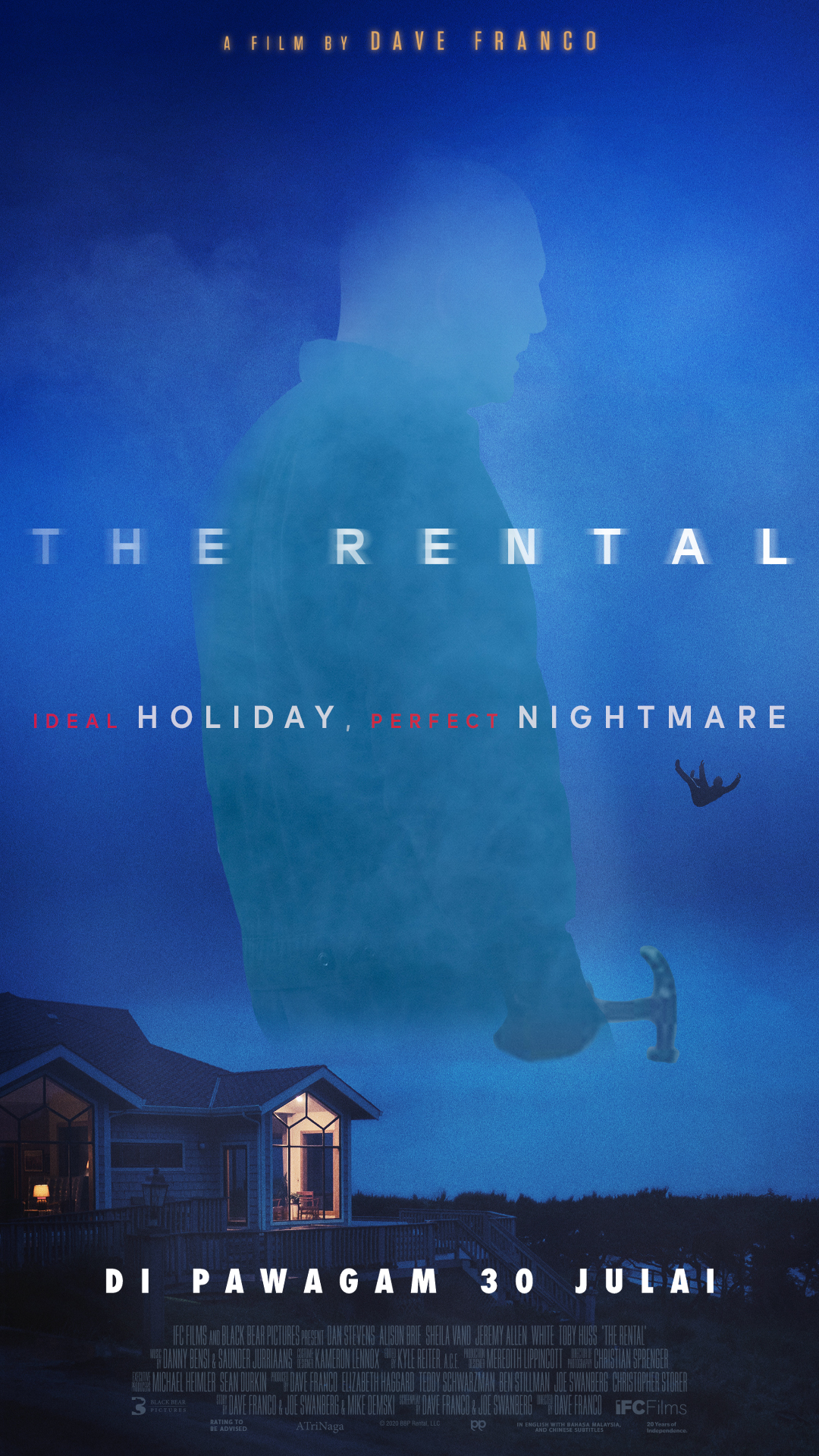 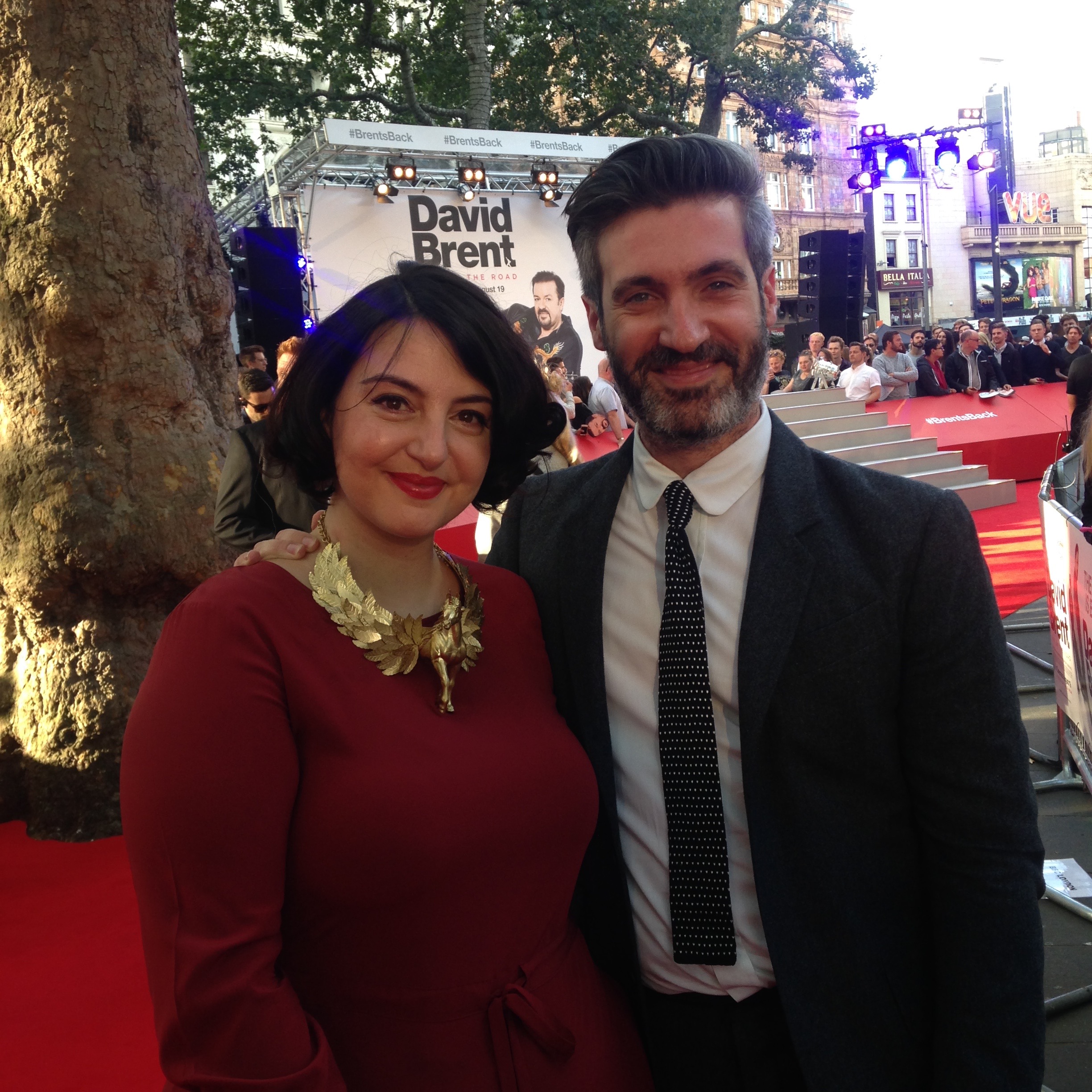 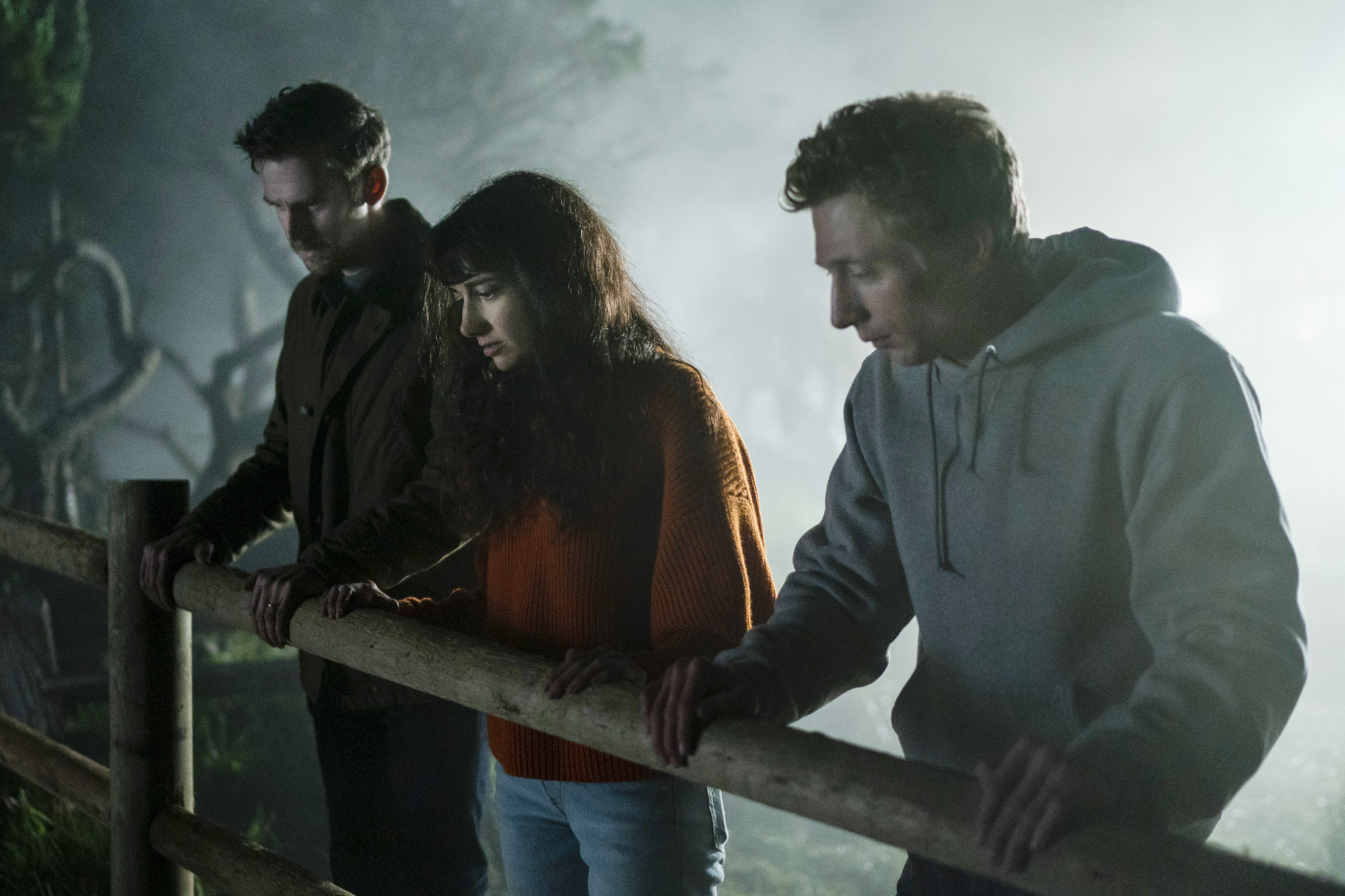 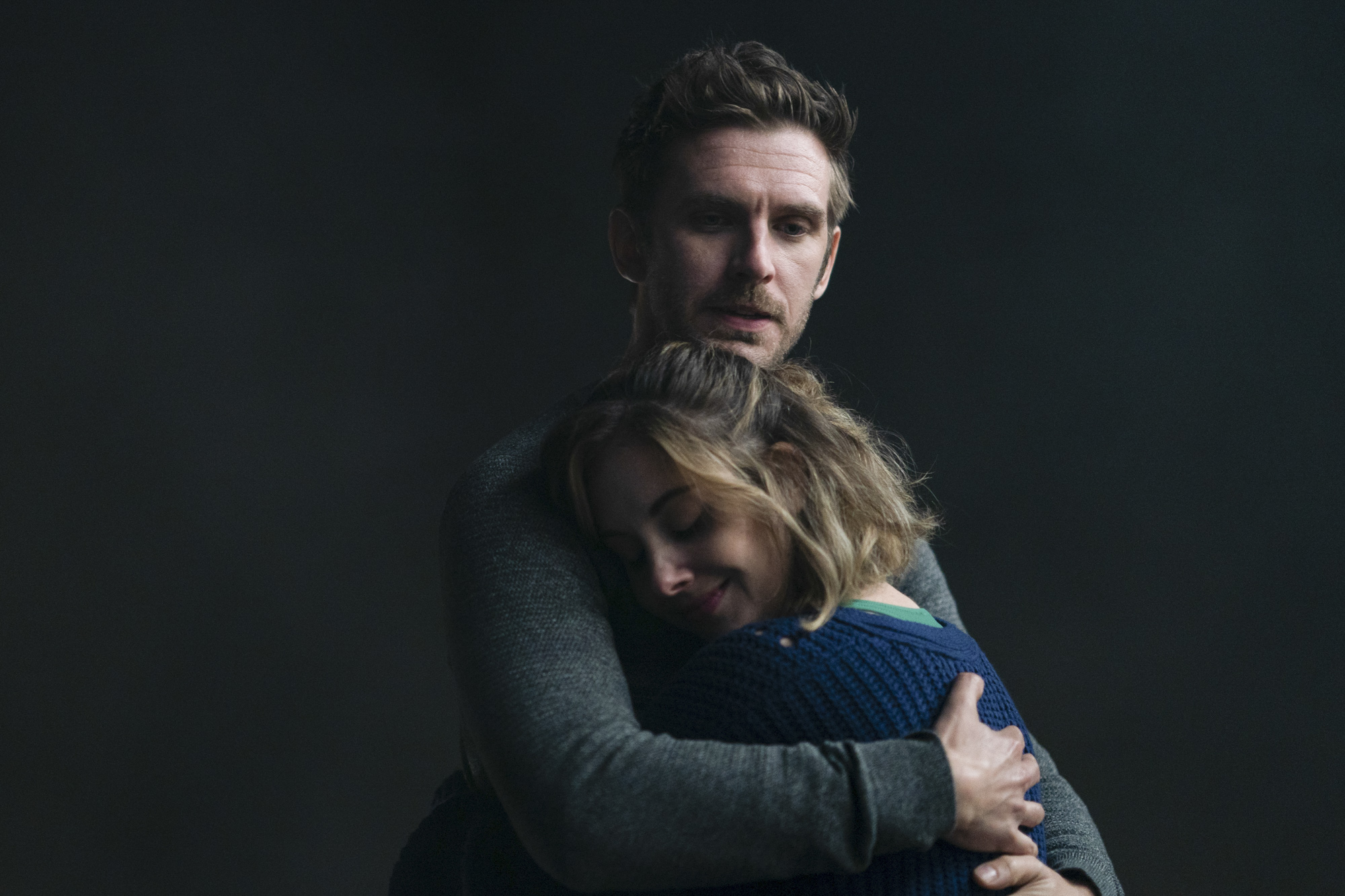