A reformed hunter becomes involved in a deadly game of cat and mouse when he and the local sheriff set out to track a vicious killer who may have kidnapped his daughter years ago.

The Silencing is a 2020 American-Canadian action-thriller film directed by Robin Pront from a screenplay by Micah Ranum. It stars Nikolaj Coster-Waldau and Annabelle Wallis. The film is about a hunter and a sheriff who track down a murderer who may have kidnapped the hunter's daughter years before.

Alcoholic Rayburn Swanson is the owner of the Gwen Swanson Sanctuary, named after his missing daughter. The sanctuary is an act of penance, both because Gwen disapproved of his trapper lifestyle and because she had disappeared from his car five years earlier while he went into a store to buy whiskey. Rayburn keeps hunters out by using surveillance cameras.

Sheriff Alice Gustafson is the sister of a troubled young man, Brooks. While examining the body of a young girl found by a lake, Alice notices a scar on the girl's throat, along with the point of a spear-head (marked with an “MB”) buried in a tree. After learning about the body, Rayburn arrives to make a positive ID, but it is not Gwen. Alice learns that the spear was used with a rare weapon known as an atlatl.

Rayburn sees a man in a ghillie suit stalking the woods; when Rayburn attempts to confront the man, he is wounded by a thrown spear. While fleeing, he comes across a black pickup truck with the license plates removed. He marks the truck by scratching a small 'x' on the fender. After returning home and stitching his wound, he reviews his surveillance footage and observes a girl being hunted in the sanctuary by the same man. Rayburn returns to the sanctuary and rescues the girl, Molly, then keeps her safe in an unused spike trap overnight. She was rendered mute, having a throat scar similar to the one on the dead girl. They make it back to the cabin the next evening but are ambushed by the hunter. The hunter injures Rayburn and stabs Molly with a spear. Alice arrives and, after seeing that Molly has been stabbed, immediately suspects Rayburn, until the hunter appears behind her. Still disguised, his mannerisms cause her to believe it is her brother. Alice shoots Rayburn, wounding him, and causing him to flee so that her brother can escape.

Alice searches for Rayburn and steps on a bear trap he had set, injuring her ankle. He escapes in her patrol car and calls an ambulance for Molly; Alice calls for Rayburn's arrest. He flees to the home of his former wife, Debbie, and her husband, Karl Blackhawk, Sheriff of the local Indian tribal police. They take him to the "Factory", an abandoned mill where the homeless stay, and call Dr. Boone to treat him. Brooks coincidentally arrives and is arrested by Karl, although he has an alibi to establish his innocence. Alice, realizing her moral failure, promises Molly, now hospitalized, that she will catch the killer.

Rayburn decides to clean up and throw out his liquor, except for the still unopened bottle he bought on the day Gwen had gone missing. He remembers the marked truck and locates it. After breaking into a house, he finds the same weapons and clothes worn by the killer, along with a trove of "missing" posters, including one for his daughter. After finding a still-living girl under a sheet with her throat surgically cut open, the killer appears and captures Rayburn by knocking him unconscious.

Alice notices issues with the autopsy report by Dr. Boone. While waiting for him in his office, she sees a photo of the doctor with his daughter Melissa wearing a necklace with the initials "MB". Alice realizes that Boone is the killer and immediately calls for backup to raid Boone's home; the same home Rayburn had found.

Boone explains to Rayburn that while grieving his own daughter, who had been killed by a drunk driver, he began kidnapping and killing teen girls to "save" them from bad parents, including Rayburn. Boone takes Rayburn to the wildlife sanctuary and forces him to flee so that he can be hunted. Alice sees Rayburn on the surveillance. Rayburn overpowers Boone and is beating him severely as Alice arrives; she attempts to stop Rayburn, but he ignores her and throws Boone into one of the spike traps, mortally wounding him. Alice looks on as Rayburn closes the doctor in, telling her that they are even. She later sits in a patrol car, listening to the radio about the ongoing manhunt for Dr Boone.

Rayburn and his ex-wife have a funeral for Gwen, which Molly attends, providing him closure. He then empties his last bottle of whisky into the lake in memory of his daughter.

The film was scheduled to have its world premiere at South by Southwest in March 2020, however the festival was cancelled due to the COVID-19 pandemic.[11][12] Shortly after, Saban Films acquired distribution rights to the film.[13] It was released in the United States through DirecTV Cinema on July 16, 2020, and released in theaters and to video on demand on August 14, 2020.[14] It was released in Canada on August 14, 2020.[15][16] The film opened as the top rental in the country and opened on 79 screens, taking in $53,205, making it the top grossing new film release with the highest per-screen average in the United States.[17] 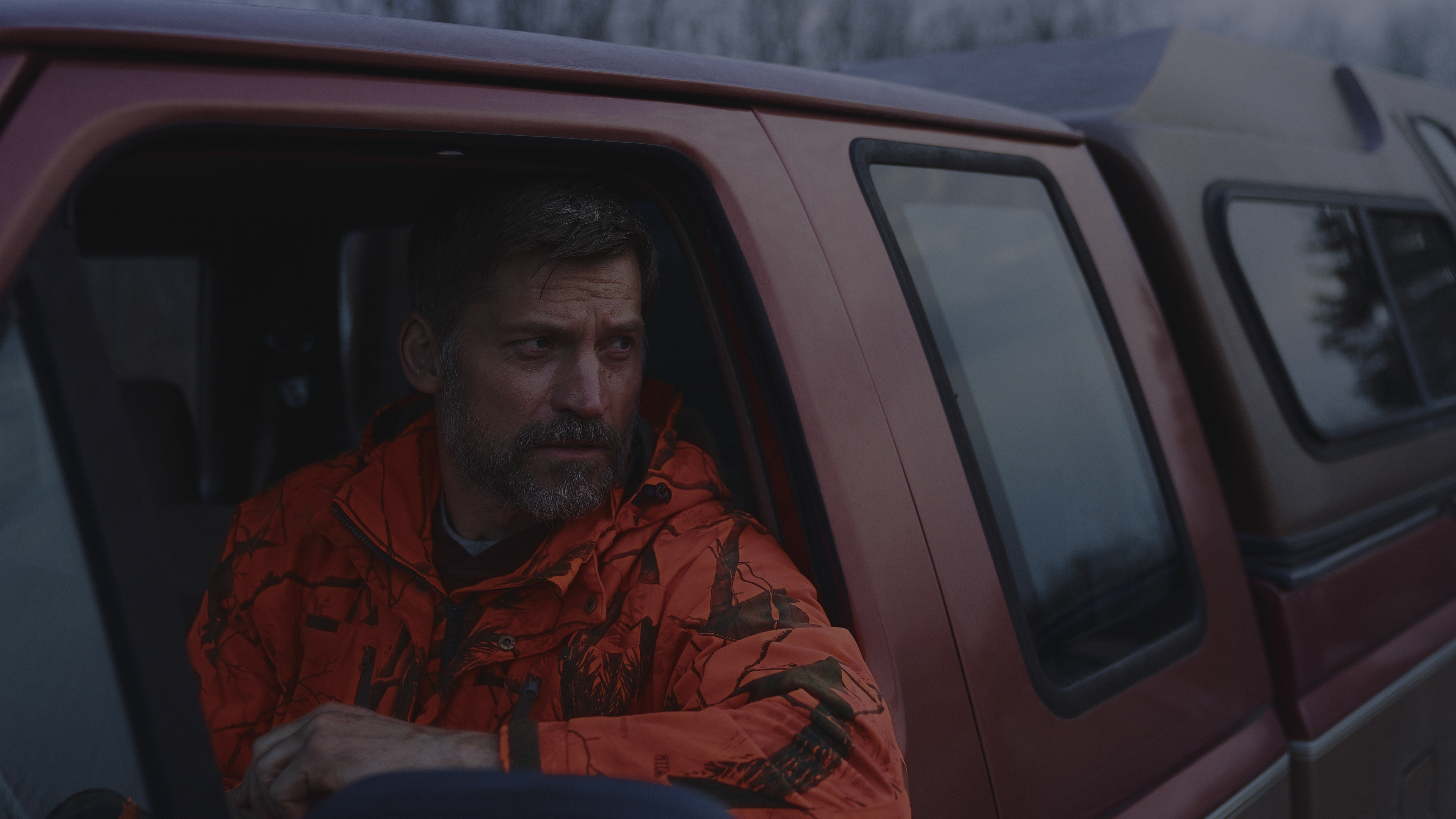 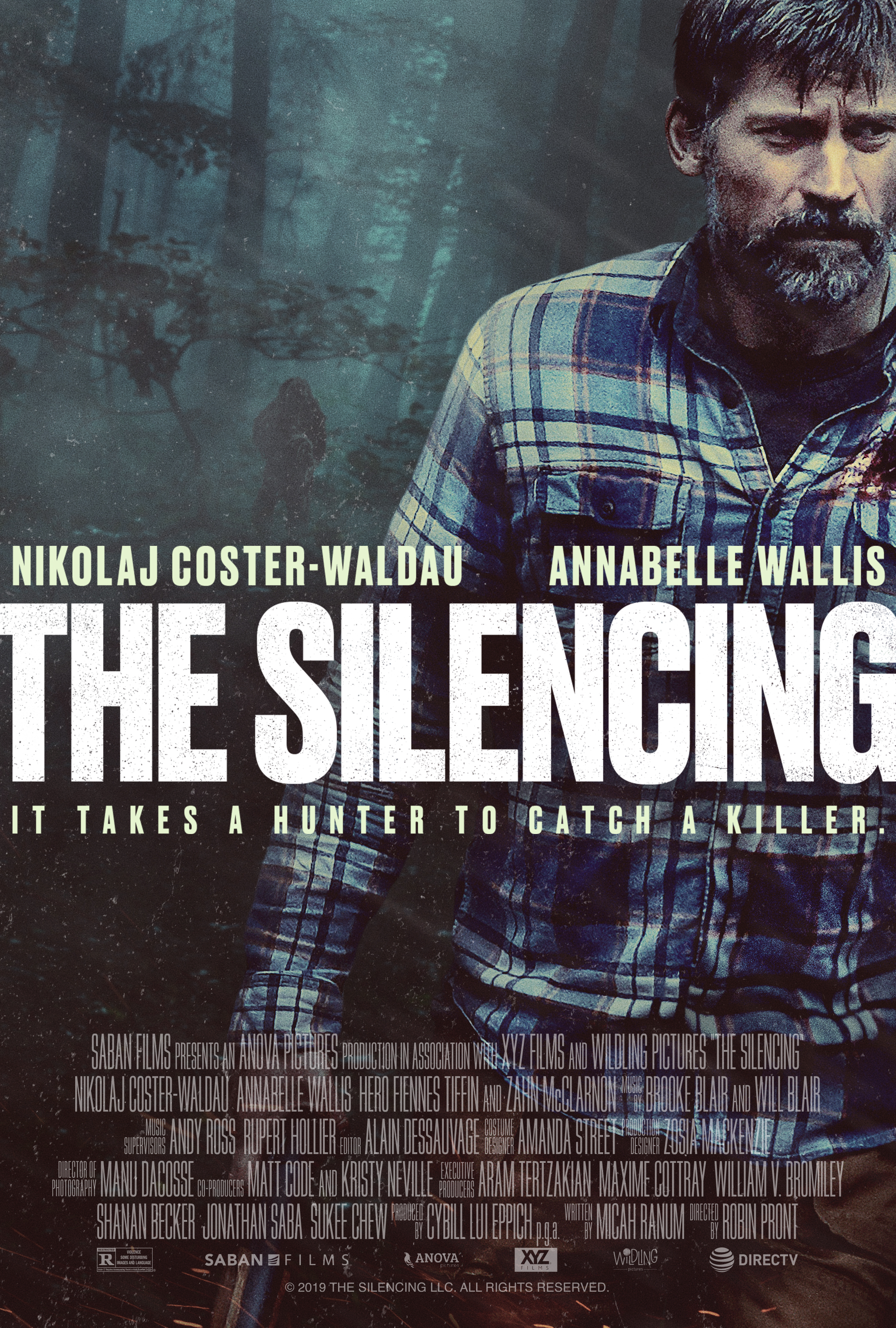 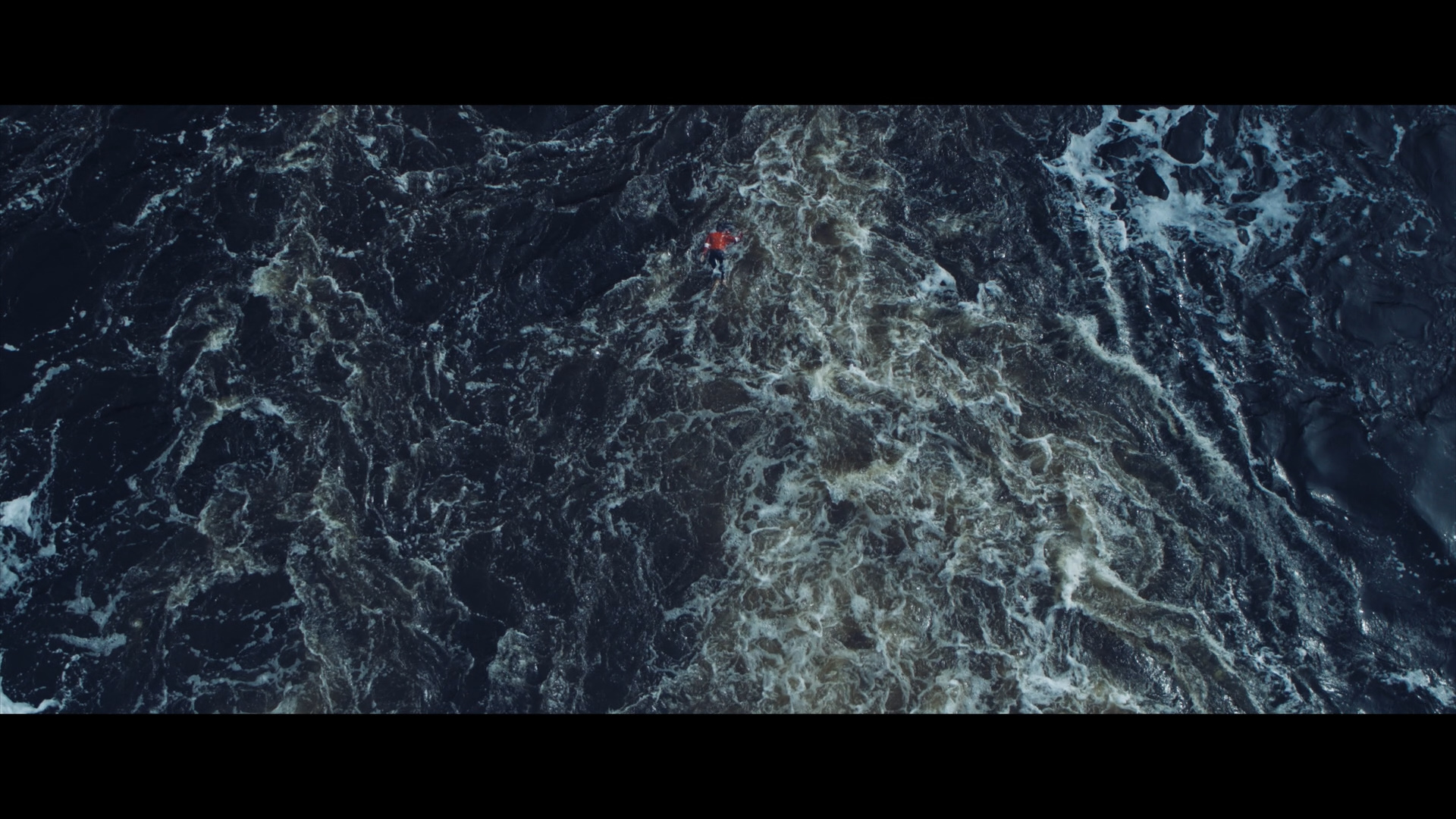 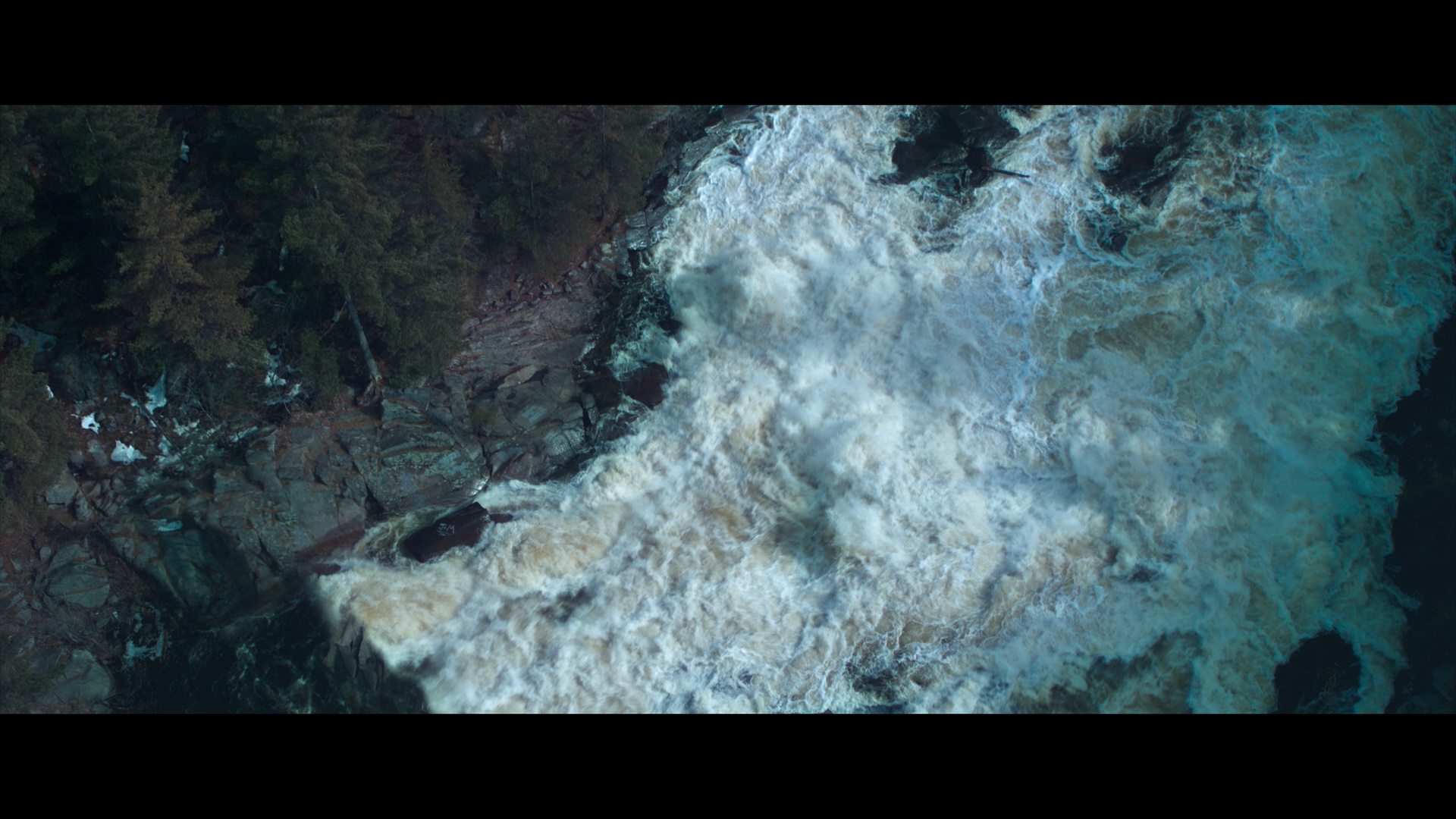 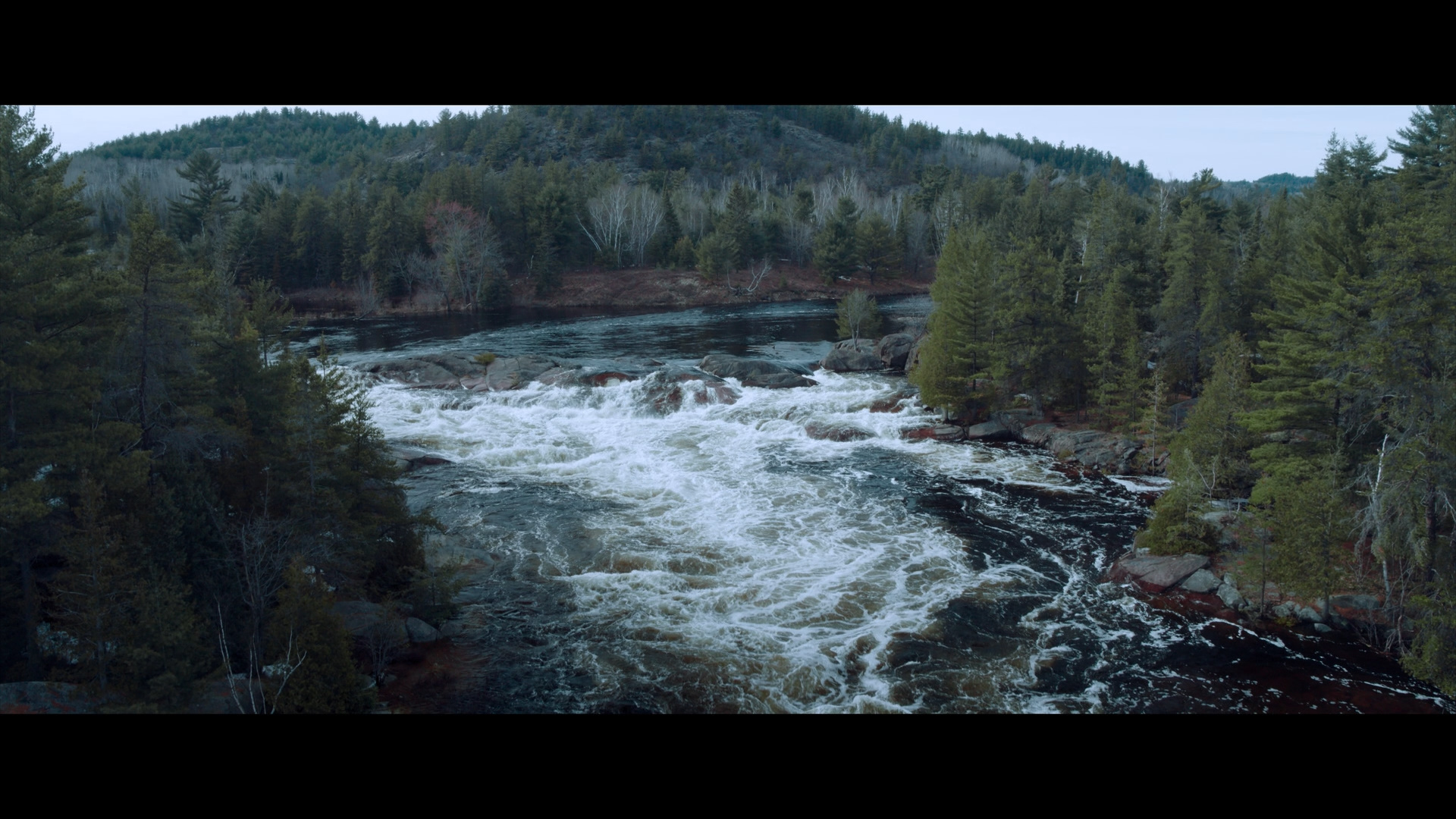 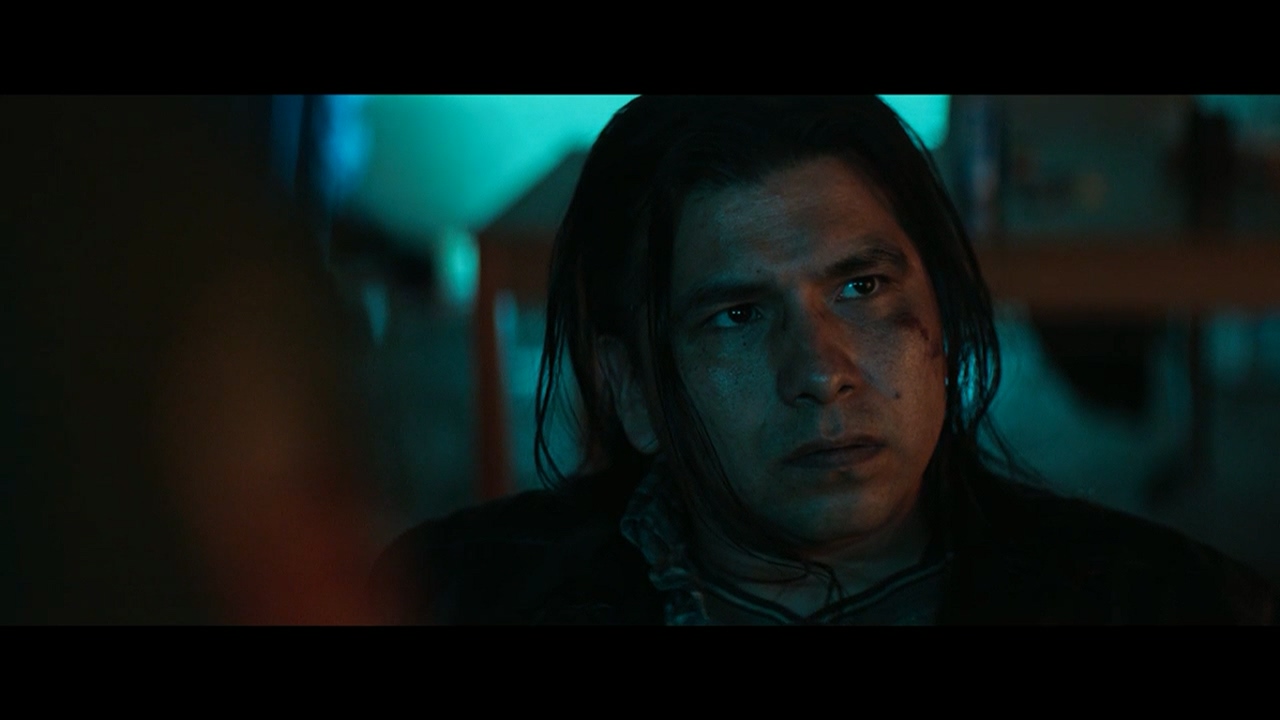