When young loner Anna is hired as the surrogate for Matt, a single man in his 40s, the two strangers come to realize this unexpected relationship will quickly challenge their perceptions of connection, boundaries and the particulars of love.

Together Together is a 2021 American comedy film written and directed by Nikole Beckwith.[5] The film stars Ed Helms, Patti Harrison, Tig Notaro, Julio Torres, and Anna Konkle.[6]The film had its world premiere at the Sundance Film Festival on January 31, 2021, and was released on April 23, 2021, by Bleecker Street.

The film begins with Matt (Ed Helms), a successful app developer aged 40 something, interviewing Anna (Patti Harrison), 20 something who works at a coffee shop, for becoming his surrogate. Where she reveals that she have had a child while she was in high school and that the child was adopted right after she had him. Matt wants to become a father but doesn’t feels the need to get married for it. Anna on the other hand wants to get into college and get her bachelors and masters degree which requires money, which brings her to becoming a surrogate mother to Matt's Child. The film then shifts to first trimester and shows doctor telling Matt and Anna that everything is going well, which makes Matt very happy and he asks Anna for dinner as a celebration to which she agrees. Afterwards Matt tells his brother and his parents about the pregnancy, his mother seems not very happy with his decision. At dinner Matt and Anna talk about Pro Life and Pro Choices and how nervous they are in making conversation with each other. While ordering dinner, Matt makes a weird annoying sound when Anna chooses to order potato over salad saying it is not good for the baby, as what she eats the baby eats. He orders pasta with bacon. After the waitress leaves Anna says that "she matters only for the next nine months but he matters for next 18+ years, so he should also be eating healthy food". Matt agrees and asks why she didn't made a weird sound to which she responds that "she is not annoying". Next both are shown attending a therapist, where Matt says that he is very excited and wants to share the news with everybody but is surprised when Anna says that she is not going to tell anyone about pregnancy. Coming out of therapist Matt asks if she wants a bite of candy and tells her that he once went to couples therapy with his ex and after coming outside they would hold hands and eat candy.

At the coffee shop Matt brings special pregnancy tea and clogs for Anna. She takes the tea but says that she doesn’t need the clogs. Matt takes the clogs to Anna's house where he meets a guy Anna hooked up with and gets upset as he thinks its not safe for the baby. Both then go to the hospital, where Anna makes it clear that he cannot stop her from having sex for a whole year and it is safe as all married women have sex while they are pregnant, which the technician confirms. The technician asks if they want to hear a heartbeat. Matt is very happy listening to the heartbeat. At the therapist Matt says that it was very exciting and he wants to hear that sound all the time, while Anna says that it was nice to see Matt so happy. The therapist asks them if they are having any conflicts other than the clogs; they share Matt's concern over Anna having sex. The therapist tries to clear any doubt but Matt is still reluctant. During the second trimester, Anna tells Matt that she is going to use the money to get into a college at Vermont which is offering an Accelerated Degree program and so she can complete her Bachelors and Masters within three and a half years. Matt shows her the to be nursery and she helps him pick a color for nursery, which she enjoys. Next both have a deep conversation about why they are alone. They start hanging out more with each other and decide that they should give a gender neutral name for the baby until they get to know the gender of the baby and agree to call the baby, Lamp. At the mall, shopping for maternity wear Anna meets her sisters friend and she lies that she works there as she doesn't want her sister or her parents to know that she is pregnant as they would get mad at her like they got the first time.

Matt asks Anna to move in with him until the baby is born as he wants to get all the possible time with the baby to which Anna agrees. Anna and Matt go for crib shopping where the salesgirl call them a couple to which Anna says "eu, no" her reaction upsets Matt a little. When Anna asks him the reason he says that her reaction at the store bothered him to which she replies that she reacted that way not because "he is gross but because it would be gross if they were a couple" as he is 20 years older than her. At the Baby Shower Anna feels odd when Matt's Mother calls her unrelated to the baby, Anna realizes that despite trying so hard  she is getting attached to the baby and Matt and leaves Matt's house after Baby Shower saying "they should have better boundaries". Into the Third Trimester Anna and Matt attend a Birth Center Class where they get to learn various techniques of preparing mothers for child birth. After some days Anna feels mild cramps at night and calls Matt thinking that the baby is coming, but the doctor says that it is normal to have such cramps and the baby is healthy but not coming right now. After visiting the doctor Anna confesses that she loves Matt in a adorable way and she doesn't want to lose him but she can't stay as she got accepted in college at Vermont. Matt says they are not going to lose each other as he loves her too and that he is proud of her for getting into college. This time after attending the therapist Anna asks if Matt wants to hold hands and eat candy, which they do in the park sitting on a bench. One week before the due date Anna has contractions after which they do all the things they have learned at the Birth Center and take Anna to Hospital where she delivers the baby Lamp. The movie ends with Matt consoling a crying Lamp.

The film had its world premiere in the U.S. Dramatic Competition section of the Sundance Film Festival on January 31, 2021.[7] Prior to, Bleecker Street acquired the US distribution rights, while Sony Pictures Worldwide Acquisitions acquired the international distribution rights. It was released in a limited release on April 23, 2021, followed by video on demand on May 11, 2021.[8]

On review aggregator website Rotten Tomatoes, the film holds an approval rating of 91% based on 142 reviews, with an average rating of 7.2/10. The site's critics consensus reads, "Together Together explores love and parenthood from unexpected angles, capturing a broad spectrum of emotions through Patti Harrison and Ed Helms' starring performances."[9] On Metacritic, the film has a weighted average score of 70 out of 100 based on 27 critics, indicating "generally favorable reviews".[10] 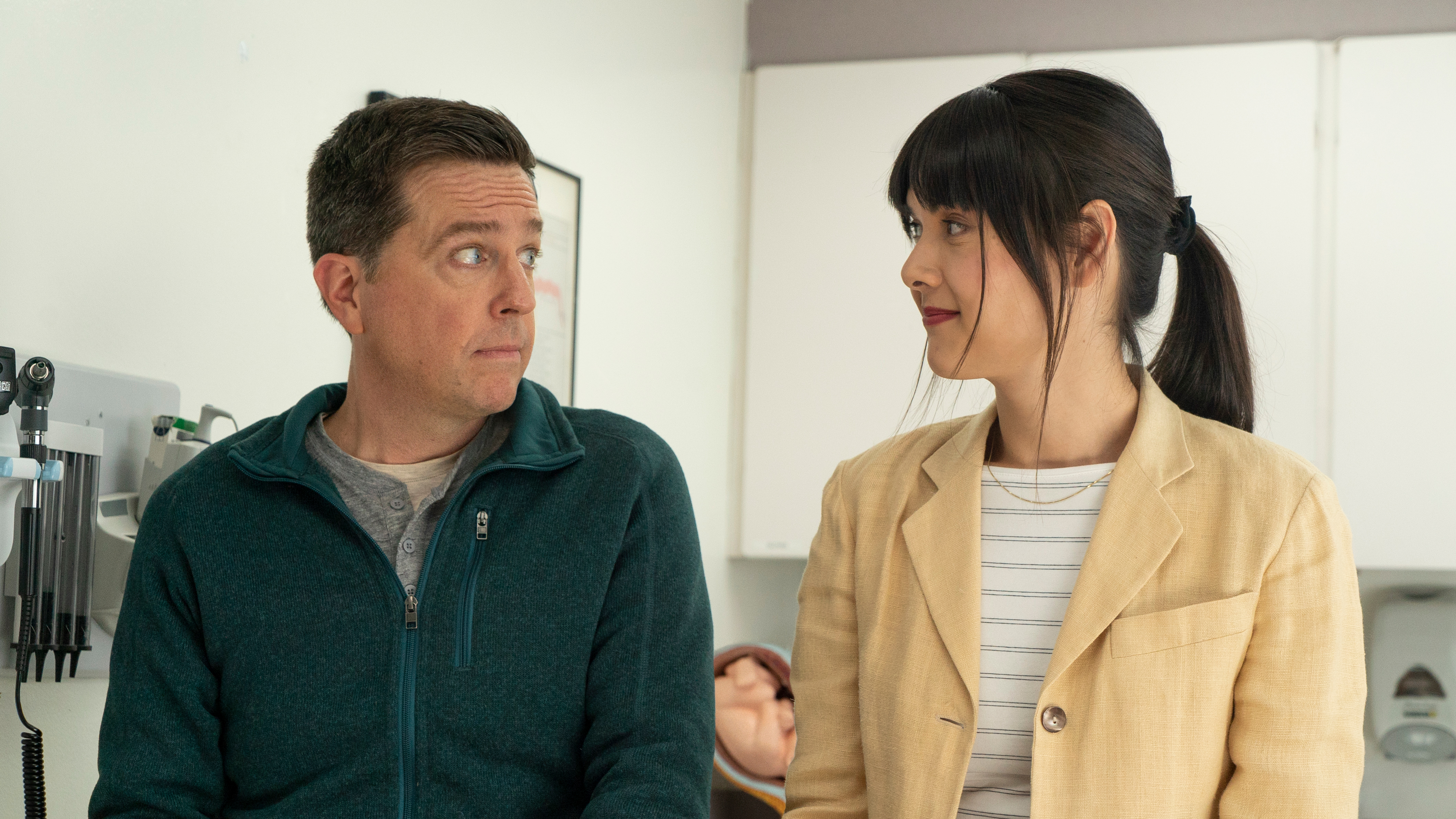 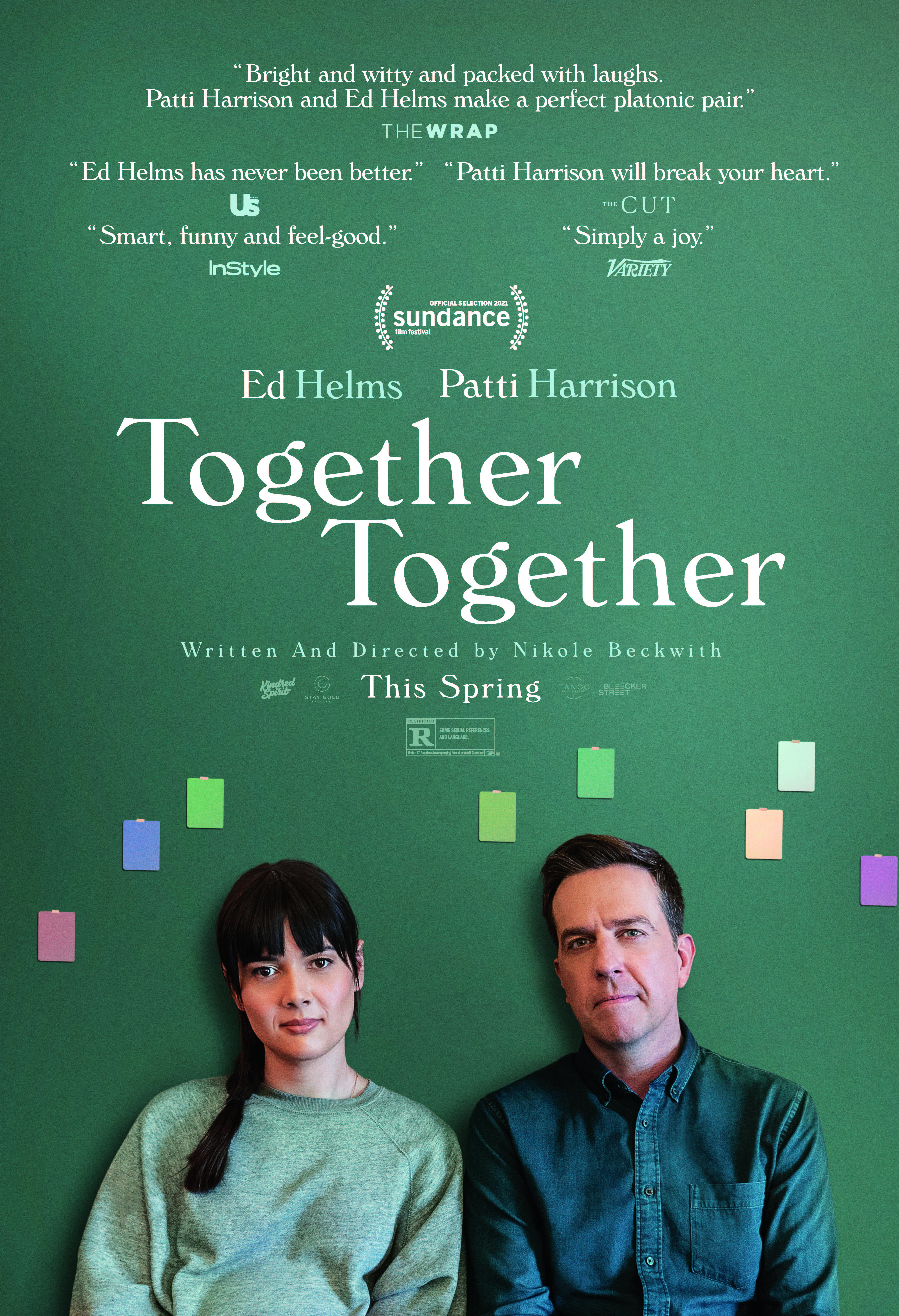 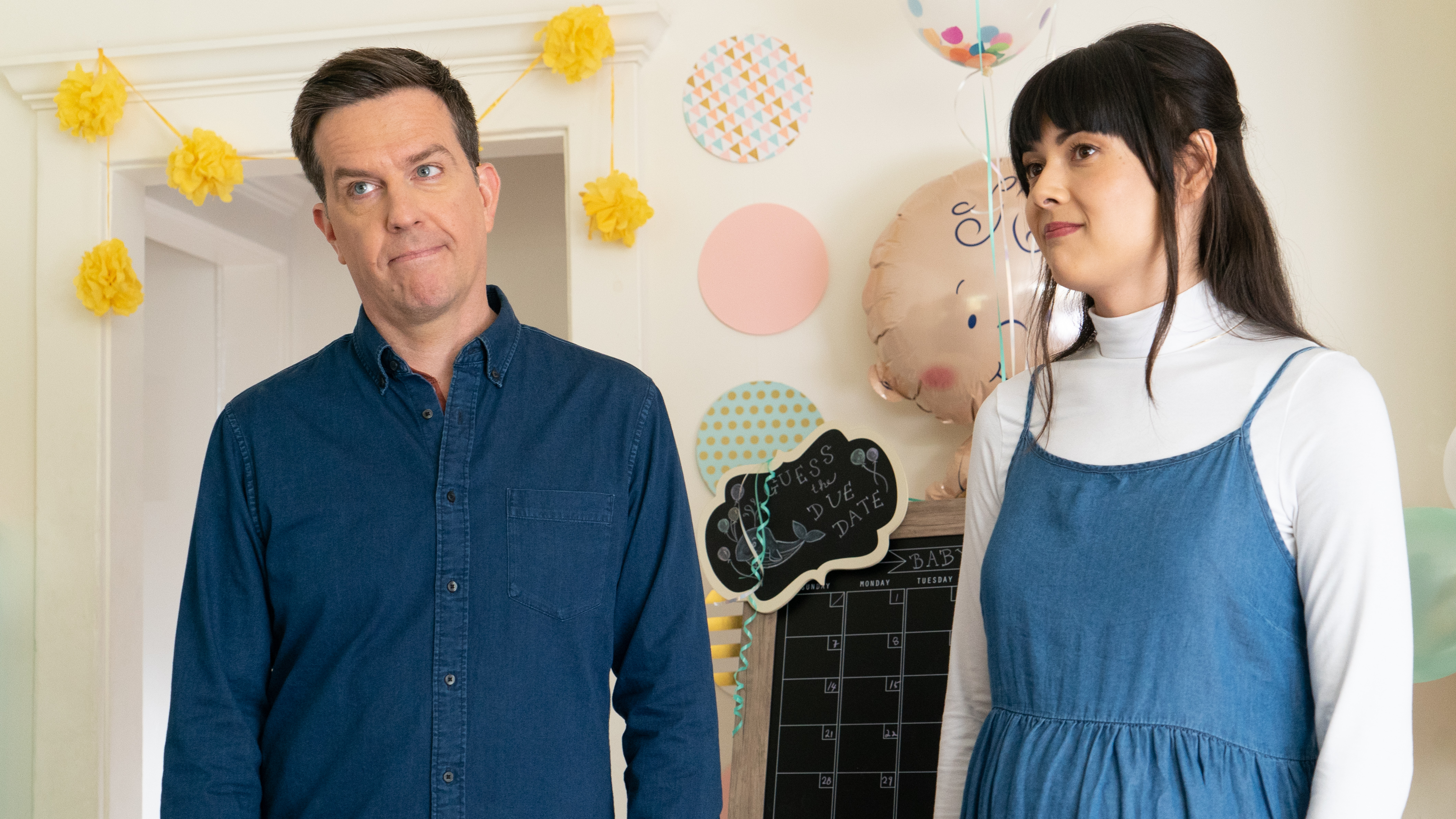 Highlight Tentang Movie Together Together (2021)

Trailer film Together Together (2021)