Martial law is declared when a mysterious viral outbreak pushes Korea into a state of emergency. Those on an express train to Busan, a city that has successfully fended off the viral outbreak, must fight for their own survival…


2016 South Korean film
Not to be confused with Trip Ubusan, a Philippine movie.

Train to Busan (Korean: 부산행; Hanja: 釜山行; RR: Busanhaeng; lit. To Busan) is a 2016 South Korean action horror film[4] directed by Yeon Sang-ho and starring Gong Yoo, Jung Yu-mi, Ma Dong-seok, Kim Su-an, Choi Woo-shik, Ahn So-hee and Kim Eui-sung.[5] The film mostly takes place on a high-speed train from Seoul to Busan as a zombie apocalypse suddenly breaks out in the country and threatens the safety of the passengers.

The film premiered in the Midnight Screenings section of the 2016 Cannes Film Festival on 13 May.[6][7][8][9] On 7 August, the film set a record as the first Korean film of 2016 to break the audience record of over 10 million theatergoers.[10][11] The film serves as a reunion for Gong Yoo and Jung Yu-mi, who both starred in the 2011 film The Crucible. A standalone sequel, Peninsula, was released in South Korea on July 15, 2020.

A chemical leak at a biotech plant causes the start of a zombie apocalypse that rapidly spreads across South Korea.

Fund manager Seo Seok-woo is a cynical workaholic and divorced father. His daughter Su-an wants to spend her birthday with her mother in Busan. He tries to soothe her with the gift of a Wii, forgetting that she already has one. Overcome with guilt after watching a video of Su-an suffering from stage fright while singing "Aloha 'Oe" at a recital he could not attend, he decides to take her to Busan via an early KTX 101 train from Seoul Station. Other passengers include working-class Yoon Sang-hwa and his pregnant wife Seong-kyeong; selfish COO Yon-suk; a high school baseball team that includes baseball player Min Yong-guk and cheerleader Kim Jin-hee; train attendant Ki-chul; elderly sisters In-gil and Jong-gil; and a homeless stowaway.

As the train departs, signs of chaos from the infection reach the station, and an infected woman runs aboard, unnoticed, just before the doors close. She soon turns into a zombie, attacks an attendant, and many crew and passengers are quickly turned into zombies. The remaining passengers secure themselves in the front and rear cars, observing that the infected zombies only attack if they can see them or hear them, but they cannot operate the train's doors. They learn from news reports of the rapidly-spreading epidemic across the country, and Seok-woo discovers the biotech plant was connected to his business. He uses his connections to try to secure safe travels for Su-an and himself.

The train stops at Daejeon Station, supposedly secured by the South Korean Army. The passengers disembark into a vacant station, but soon find the soldiers have become zombies, who quickly charge the group. Several passengers are attacked and killed as they race back to the train, while most of the surviving ones safely board the front cars. Su-an, Seong-kyeong, In-gil, and the homeless man find themselves between two cars of zombies and manage to take shelter in the restrooms. Seok-woo, Yong-guk, Sang-hwa and two of Yong-guk's three surviving classmates, having stayed back to provide cover, race to board the moving train, though Yong-guk's friends are killed and infected during the escape, and end up in the back cars. The captain drives the train to Busan after learning it has been established as a quarantine zone.

Learning of their trapped loved ones, Seok-woo's group uses the darkness of tunnels along the route to cross through the zombie-filled cars and rescue them. The group continues moving towards the safe front cars but inadvertently alerts the zombies in the last car before the safe one. Seok-woo and Sang-hwa stay back to hold the doors closed while the others escape, but Yon-suk has convinced Ki-chul and the other passengers that they are potentially infected and they should not help. Sang-hwa sacrifices himself to give Seok-woo time to get the others to safety. In-gil is too slow and is caught by the zombies.

Yon-suk and Ki-chul lead the other passengers in the front cars to force Seok-woo's group into a closed vestibule, believing them infected. Jong-gil, shaken by the passengers' selfishness, lets the zombies into the front car, killing the other survivors, though Yon-suk and Ki-chul manage to escape into a restroom. The train is forced to stop near East Daegu train station due to a blocked track, forcing the survivors to seek a new train. Yon-suk, in his escape, pushes Ki-chul, Jin-hee and the captain into a pack of zombies; Yong-guk stays with Jin-hee until she reanimates and kills him. An out-of-control train causes a derailment, trapping Seok-woo, Su-an, Seong-kyeong, and the homeless man under a train car. The homeless man sacrifices himself to hold back a zombie horde while the others escape out a small hole, finding a working locomotive. As they head toward Busan, a zombiefied Yon-suk attacks Seok-woo and bites him before Seok-woo can throw him from the engine. Knowing he will turn, he quickly teaches Seong-kyeong how to operate the train and says his farewells to his sobbing daughter before throwing himself off the engine.

Seong-kyeong and Su-an are forced to stop at a blocked tunnel just before Busan and walk. At the tunnel's exit, military snipers prepare to fire until they hear Su-an sob singing "Aloha 'Oe". They then realize that the pair are human, and help them to safety.

Train to Busan grossed $80.5 million in South Korea, $2.1 million in the United States and Canada, and $15.8 million in other territories, for a total worldwide gross of $98.5 million.[3]

It became the highest-grossing Korean film in Malaysia,[12] Hong Kong,[13] and Singapore.[14] In South Korea, it recorded more than 11 million moviegoers[15] and was the highest grossing film of the year.[16]

The review aggregator Rotten Tomatoes reported that 94% of 118 critics have given the film a positive review, with an average rating of 7.60/10. The website's critics consensus states: "Train to Busan delivers a thrillingly unique — and purely entertaining — take on the zombie genre, with fully realized characters and plenty of social commentary to underscore the bursts of skillfully staged action."[17] Metacritic, which assigns a normalized rating to reviews, assigned the film an average score of 72 out of 100, based on 16 critics, indicating "generally favorable reviews."[18]

Clark Collis of Entertainment Weekly wrote that the film "borrows heavily from World War Z in its depiction of the fast-moving undead masses while also boasting an emotional core the Brad Pitt-starring extravaganza often lacked," adding that "the result is first-class throughout."[19] At The New York Times, Jeannette Catsoulis selected the film as her "Critic's Pick" and took notice of its subtle class warfare.[20]

In a negative review, David Ehrlich of IndieWire comments that "as the characters whittle away into archetypes (and start making senseless decisions), the spectacle also sheds its unique personality."[21] Kevin Jagernauth of The Playlist wrote: "[Train to Busan] doesn’t add anything significant to the zombie genre, nor has anything perceptive to say about humanity in the face of crisis. Sure, it lacks brains, and that’s the easy quip to make, but what Train To Busan truly needs, and disappointingly lacks, is heart."[22]

American distributor Well Go USA released DVD and Blu-ray versions of Train to Busan on 17 January 2017.[38] FNC Add Culture released the Korean DVD and Blu-ray versions on 22 February 2017. It is also available on Rakuten Viki, Netflix, and Amazon Prime Video streaming. The Indian version is a minute shorter than the original version due to a few violent zombie shots being censored.

An animated prequel, Seoul Station, also directed by Yeon, was released less than a month later.[39]

Peninsula, a standalone sequel set four years after Train to Busan and also directed by Yeon, was released in South Korea in July 15, 2020, to mixed reviews.[40] Yeon has stated that, "Peninsula is not a sequel to Train to Busan because it's not a continuation of the story, but it happens in the same universe."[41]

In 2016, Gaumont acquired the rights for the English-language remake of the film from Next Entertainment World.[42] In 2021, New Line Cinema, Atomic Monster and Coin Operated were announced to be the co-producing partners for the remake, with Warner Bros. Pictures distributing worldwide. Indonesian director Timo Tjahjanto is in talks to helm the film, while Gary Dauberman adapts the screenplay and co-produces the film alongside James Wan.[43][44] 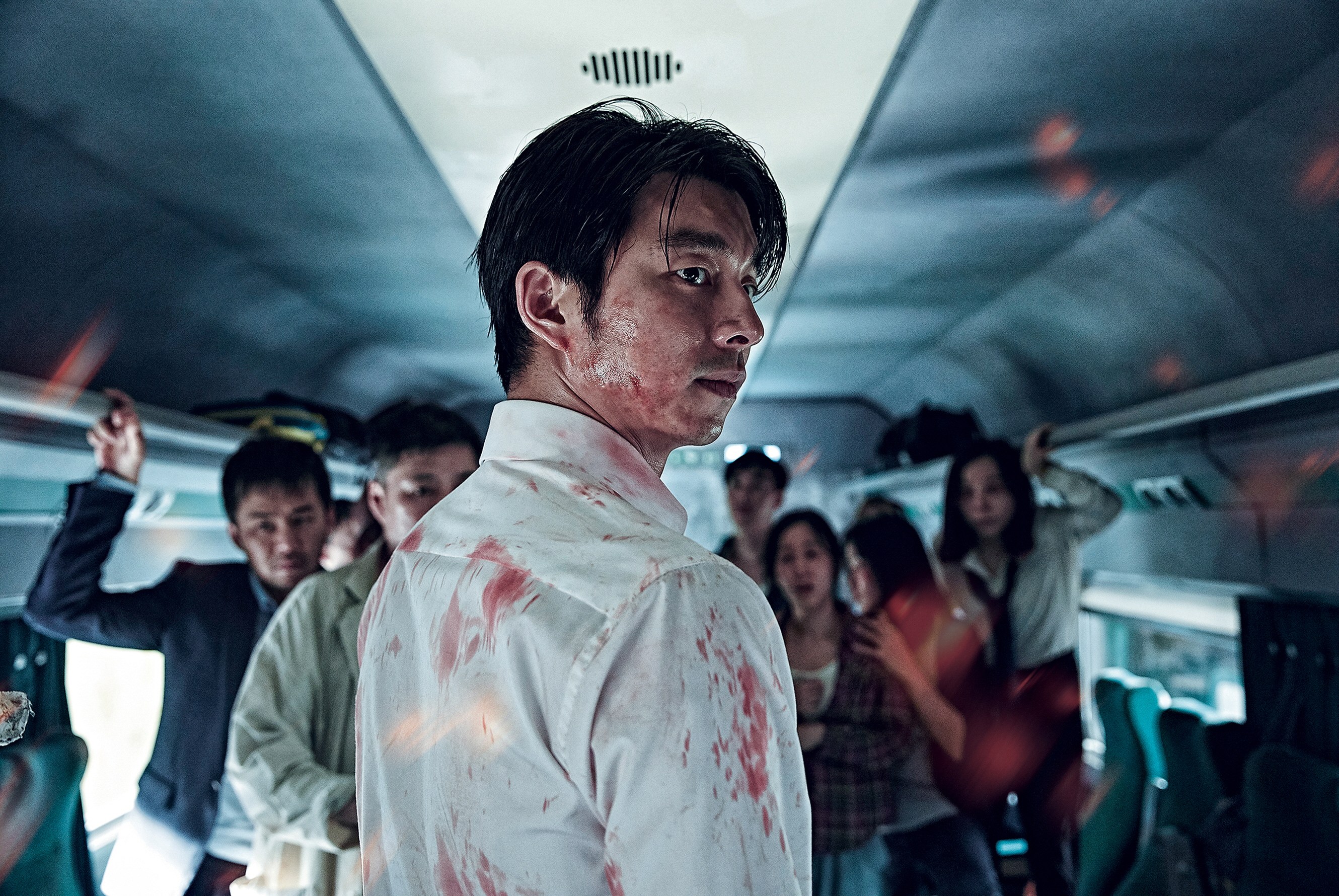 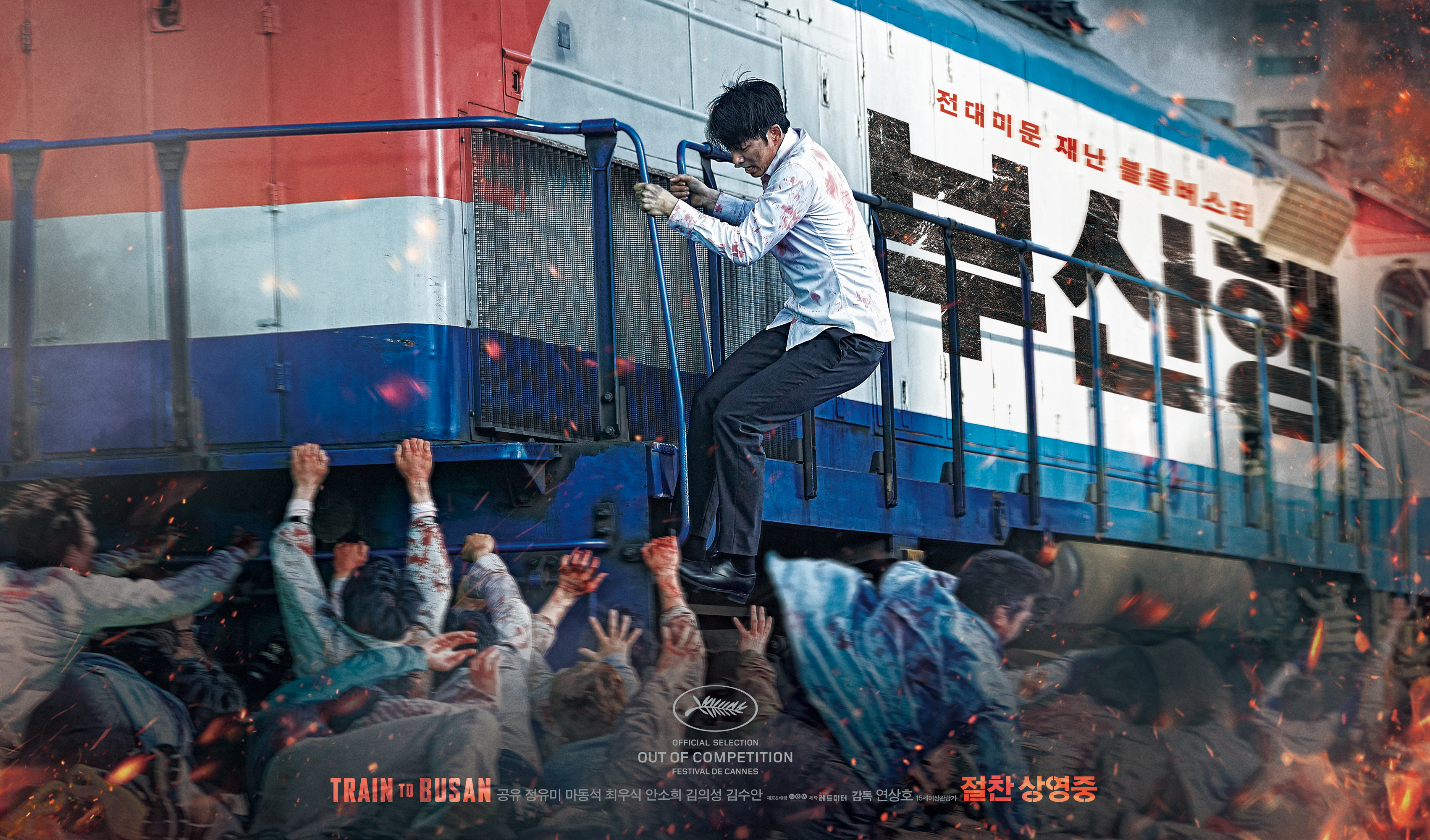 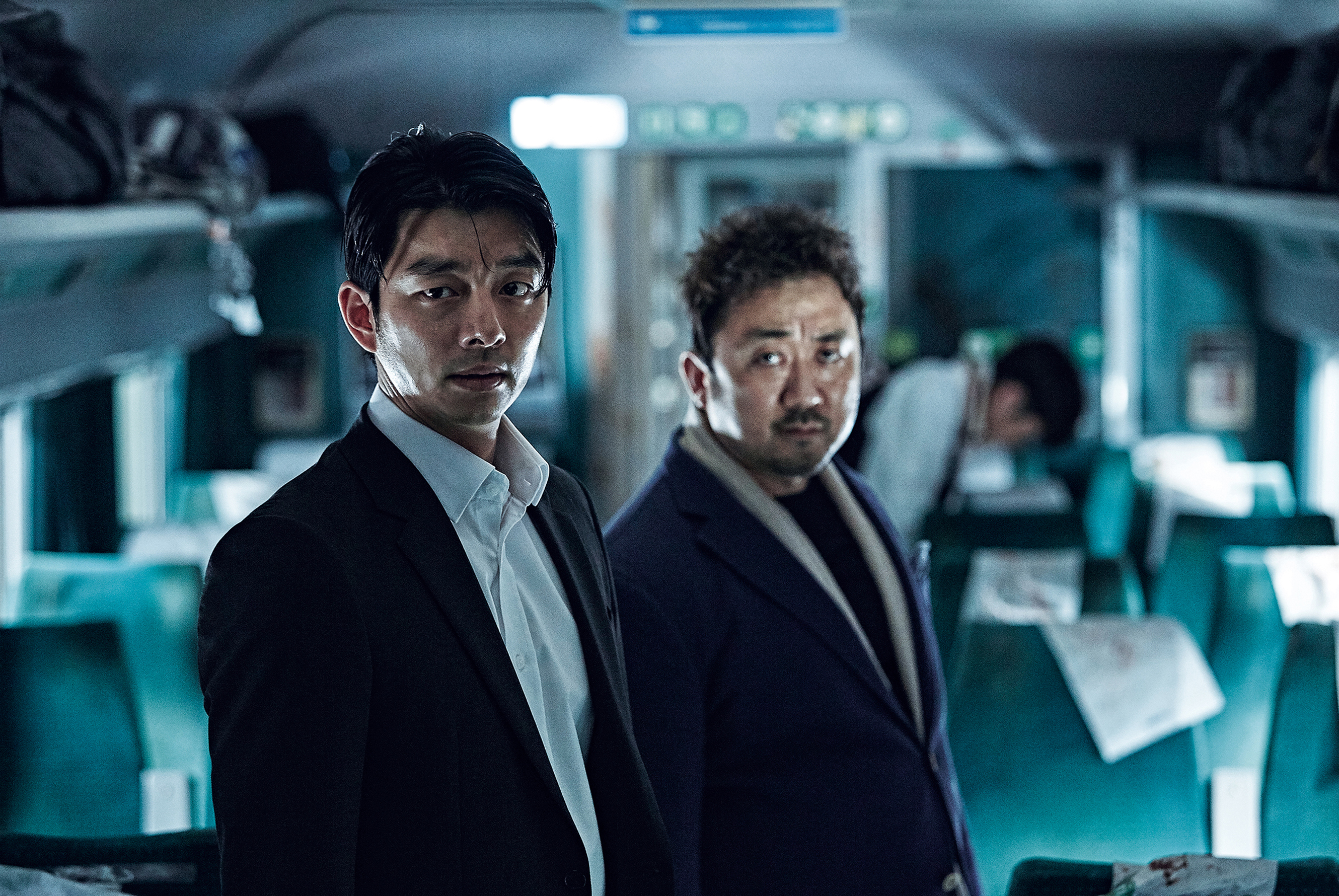 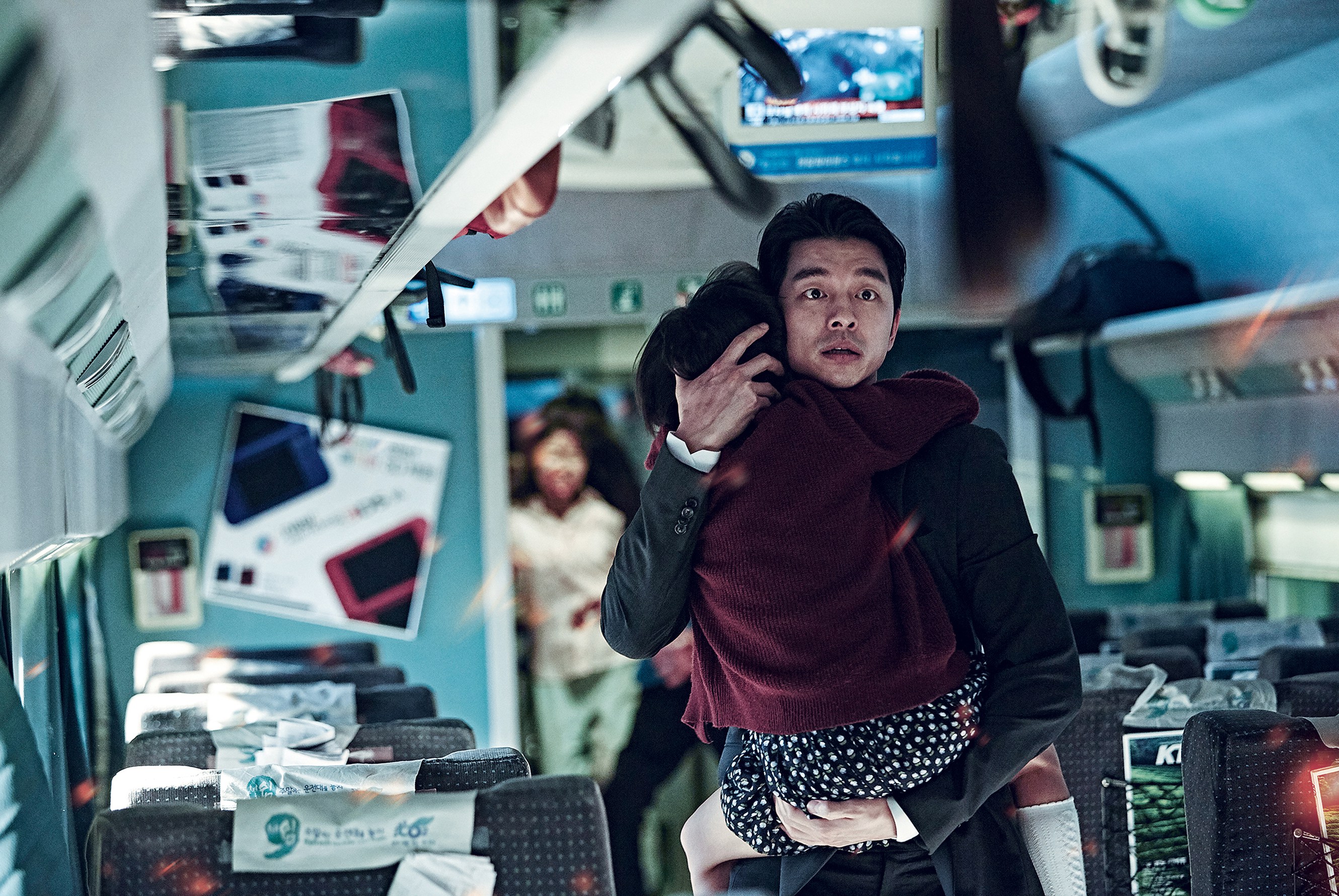 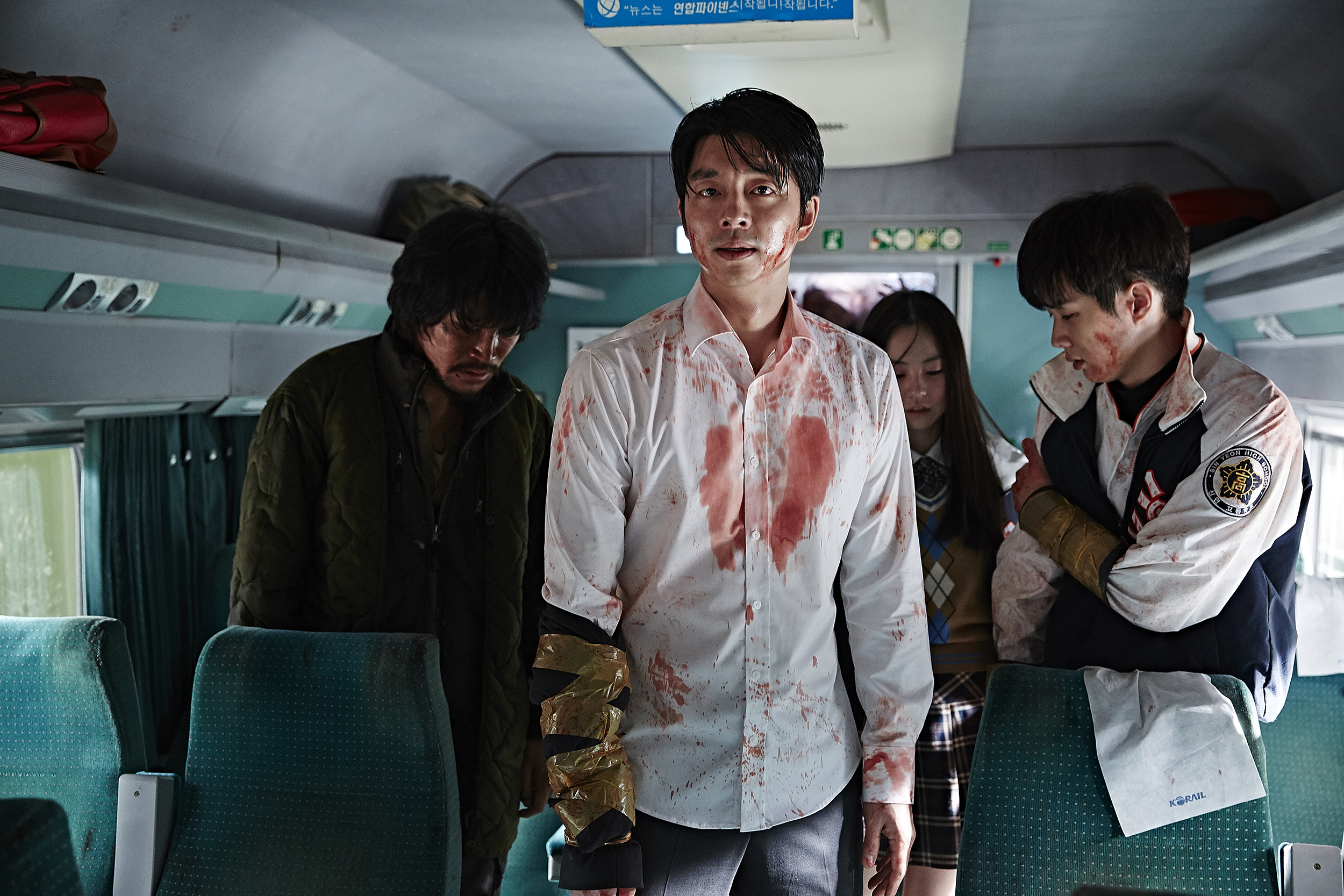 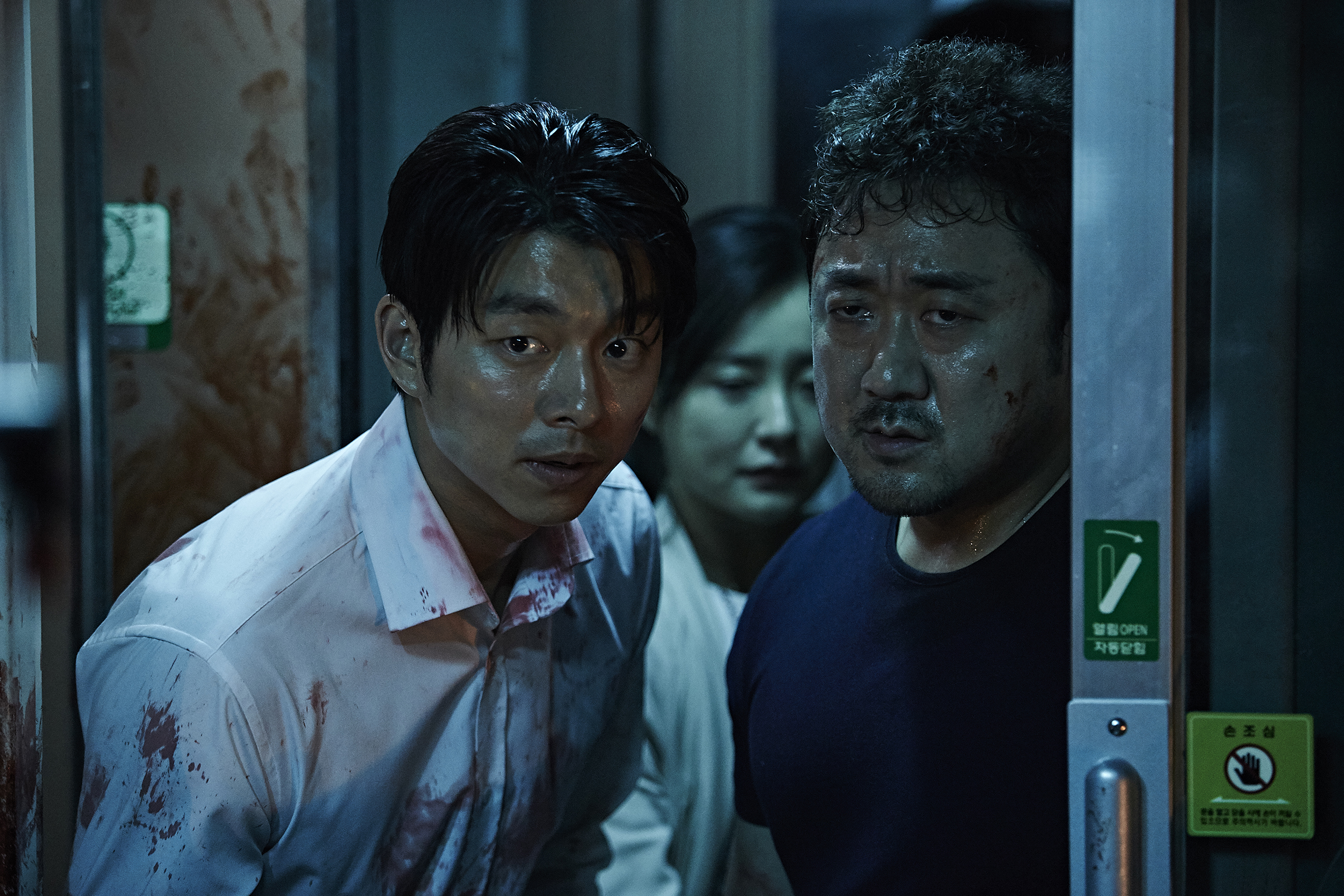 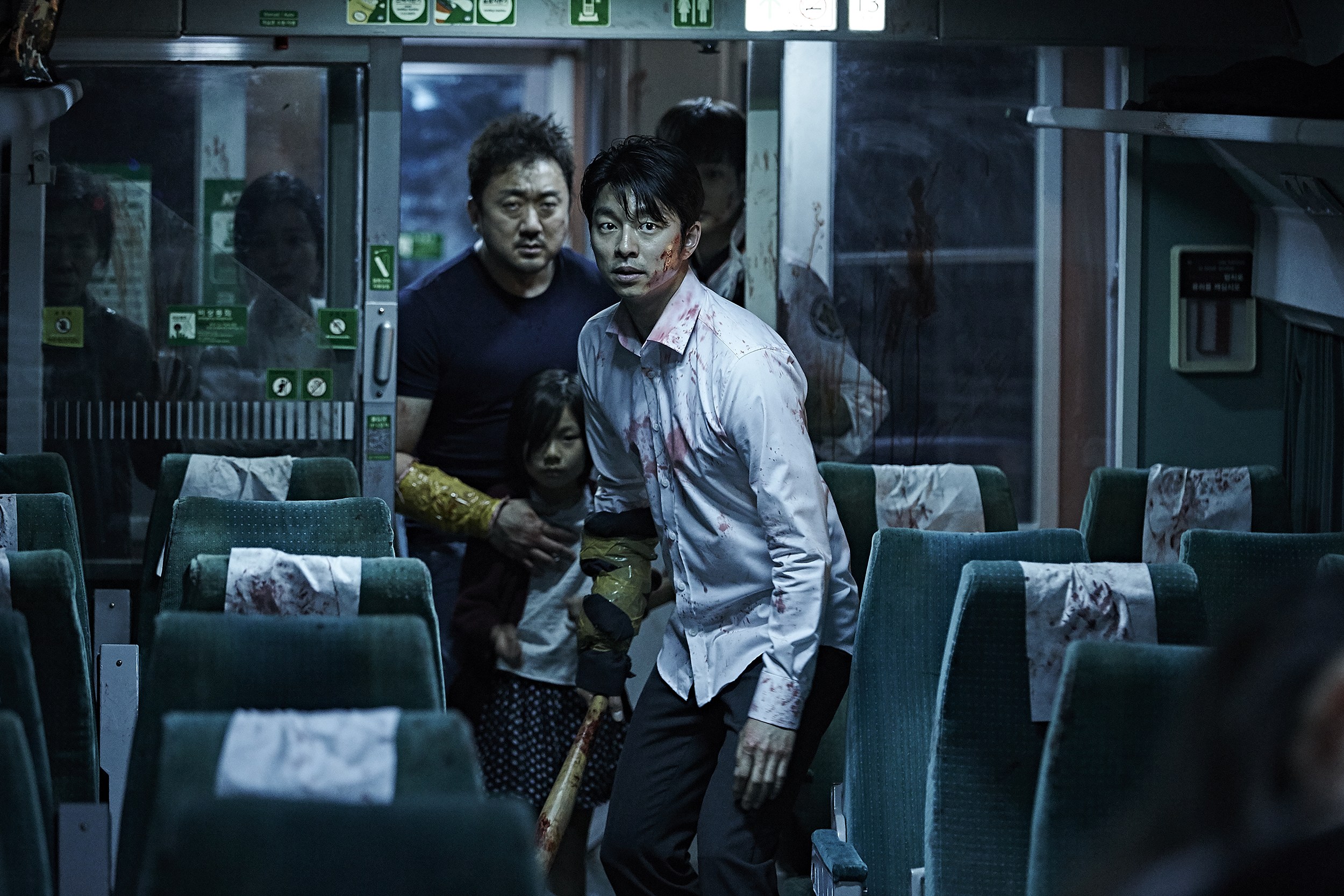 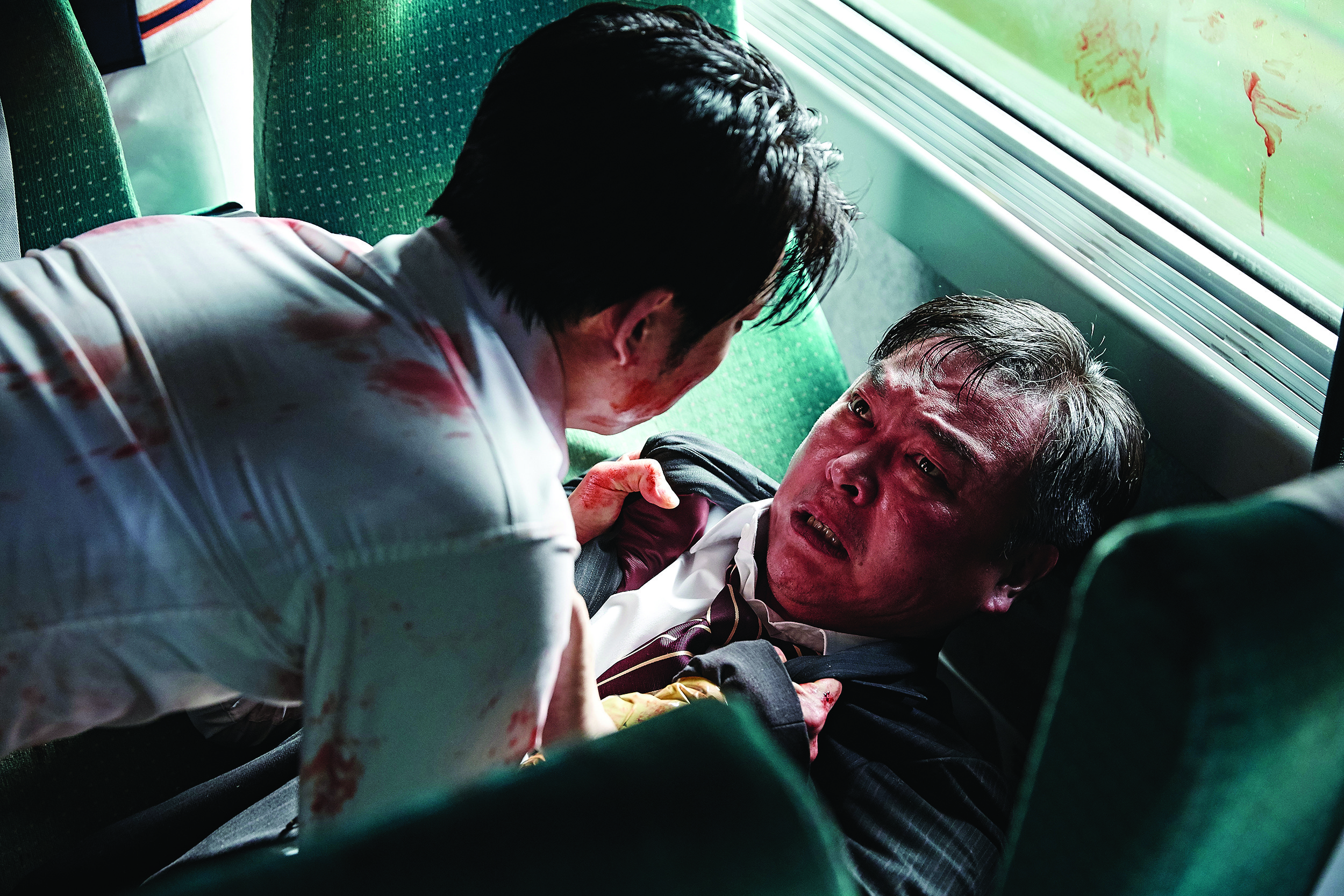 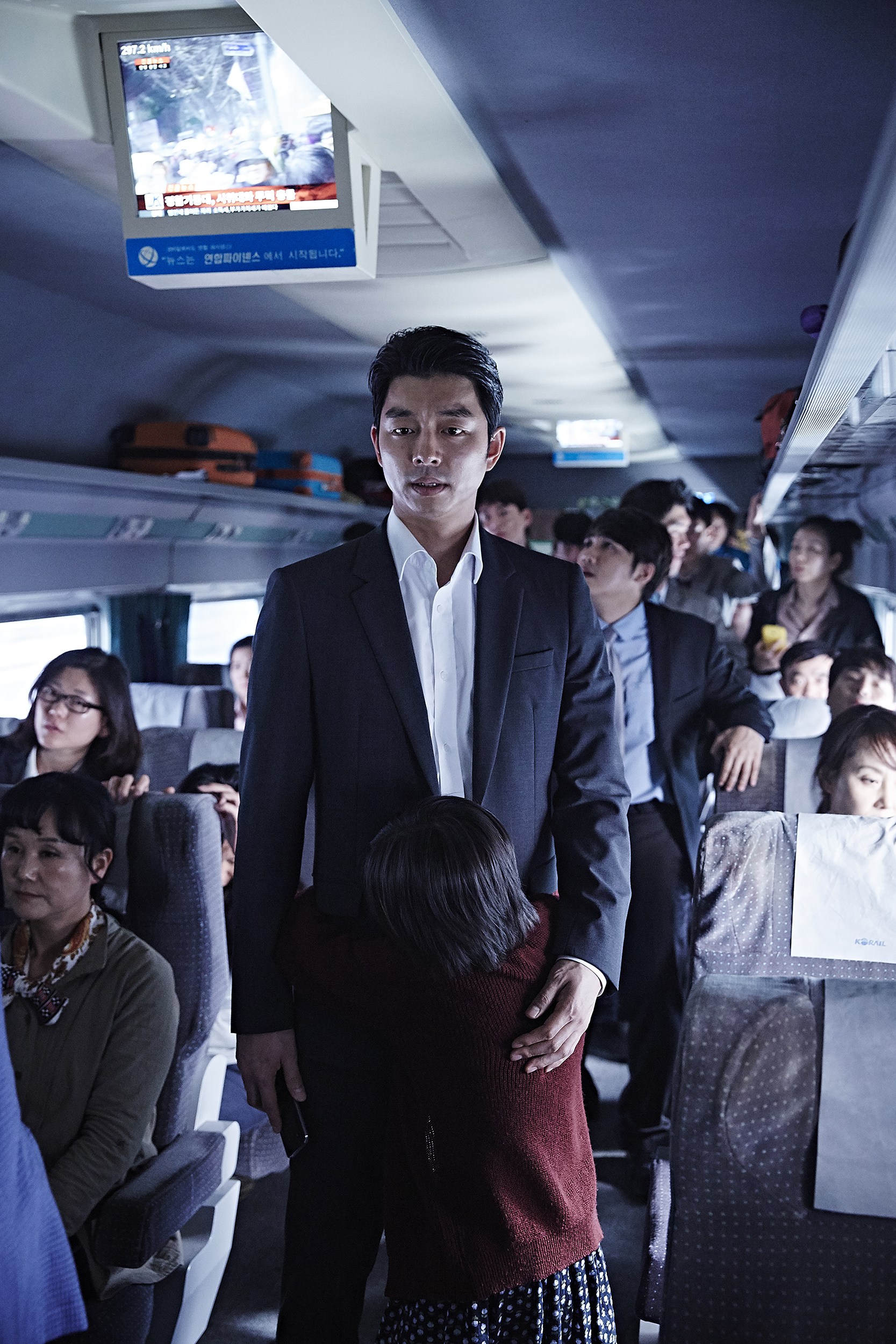 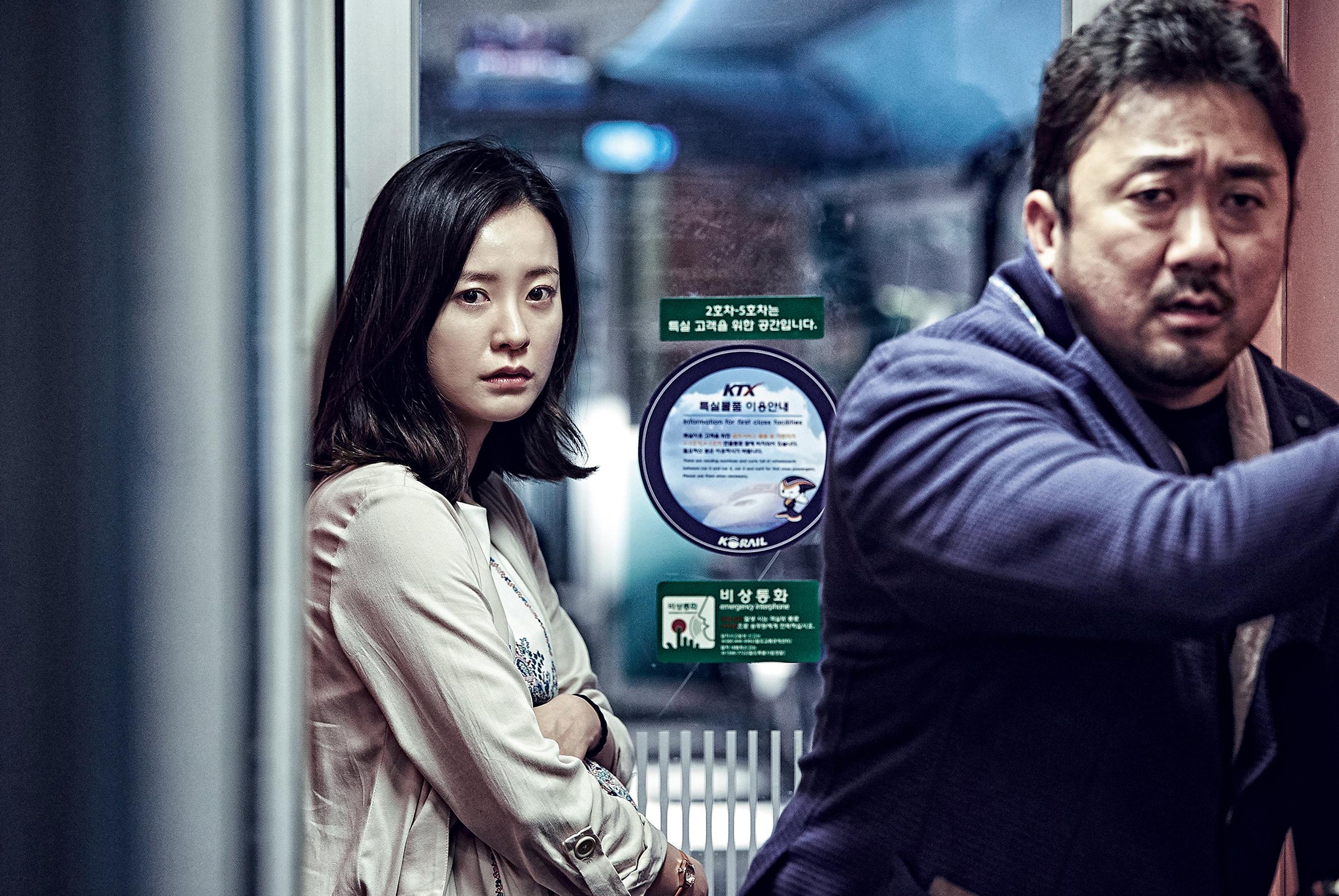